It’s a known fact that Old Airport Road Food Centre houses some pretty spectacular food stalls, with many slowly building a reputation over the years. Roast Paradise, however, opened in August 2016 and has already established itself as one of the more popular stalls within a short span of two years. And let me tell you why – it’s because the Char Siew is simply to die for. The stall is run by owners Randall and Kai, 28 and 31 respectively, who did not have any prior experience in the F&B industry before making the leap from their previous professions.

Seeing the stall now decorated with newspaper cutouts and screenshots of articles from reputable food blogs, the boys have clearly came a long way, and I was dying to sample the fruits of their labour. 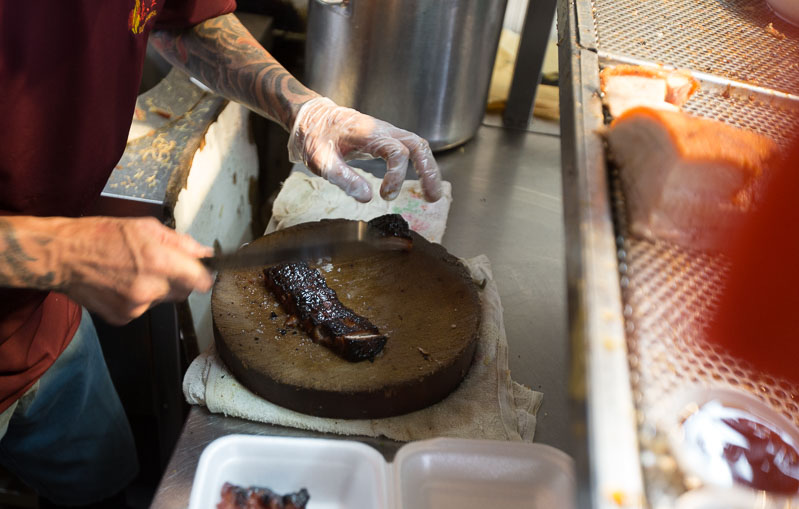 To achieve their high standards, the pork strips undergo a meticulous three-hour process of cooking in a drum under charcoal. The strips are routinely basted with sauce to caramelise the skin.

Roast Paradise serves Kuala Lumpur-style Char Siew, which is much sweeter than its Singaporean counterpart. The stall, however, has moderated the sweetness to cater to our local palates. 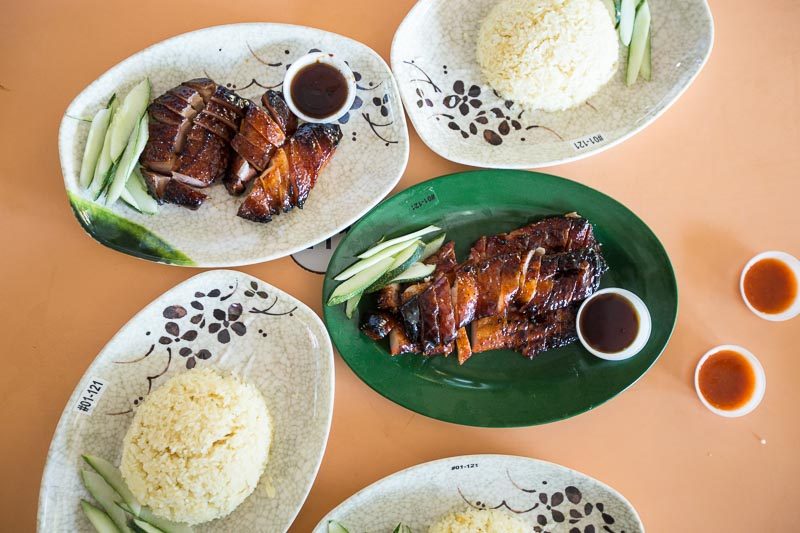 We excitedly ordered two plates of 300g Char Siew ($15). I was informed that the meat served on the white plate was of a premium cut, though Randall generously prices them the same. 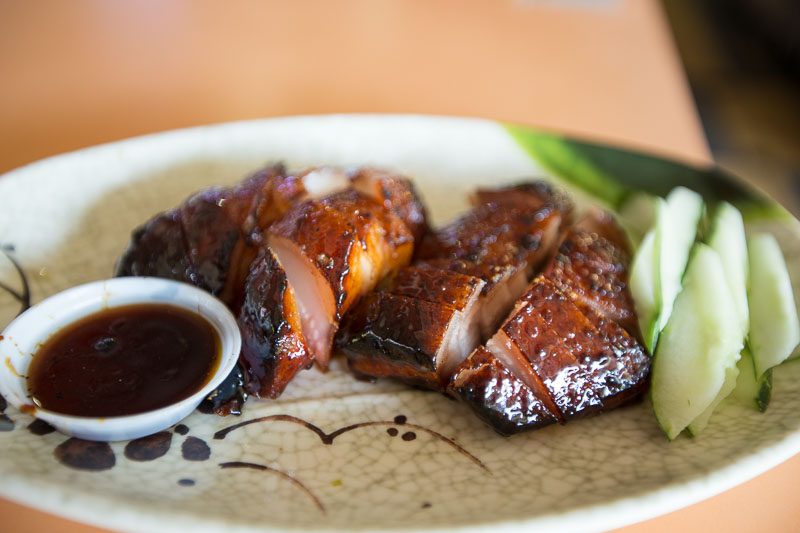 Randall then told me that reservations must be made beforehand for this cut, as the stock is very limited. My first thought was, “How is this even Char Siew?”.

The dish looked like a fusion of roast pork and Char Siew. The skin was gleaming from the long caramelisation process; I was salivating just by looking at it. 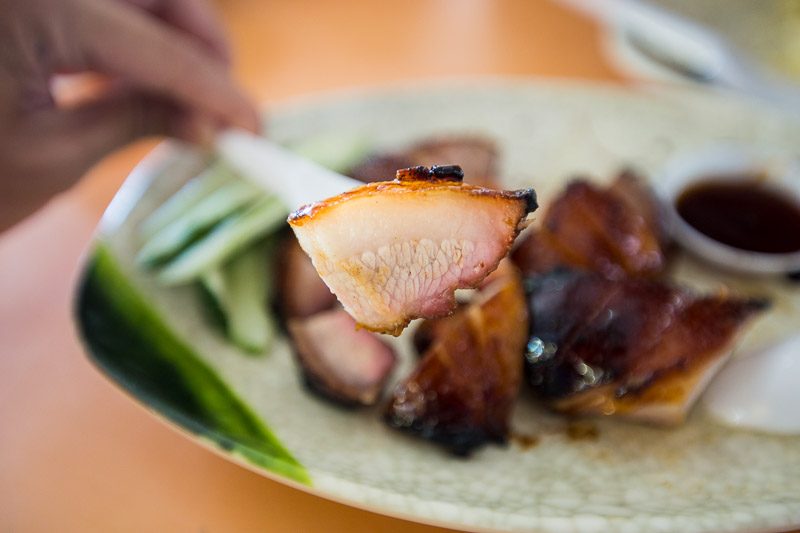 The ratio of fat to meat was nearly 1:1! You’d expect to find Char Siew of this standard exclusively at restaurants, and I couldn’t believe this was served in a hawker centre.

The meat was an absolute flavour bomb; the combination of the crispy skin, fat and meat was melt-in-your-mouth. Dipping the meat into the accompanying Char Siew Sauce was some next-level goodness. The sauce was sweet with a tinge of savoury, accentuating the barbecue flavours of the Char Siew.

This dish was undoubtedly sinful but I’d gladly put on a couple of kilos if it meant that I could eat this every other day. 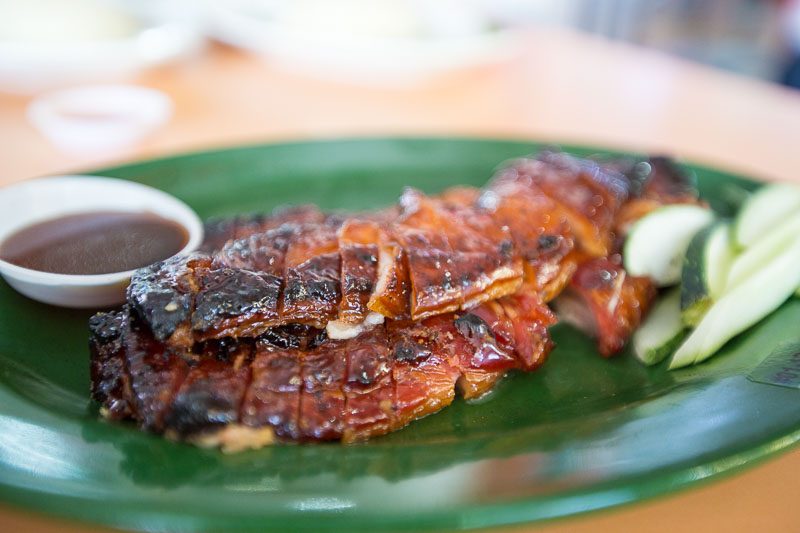 After we wiped the plate clean of even the tiniest morsel of meat, we were rather curious to try the other 300g Char Siew ($15) which was of a leaner cut. The skin definitely looked crustier and more charred. 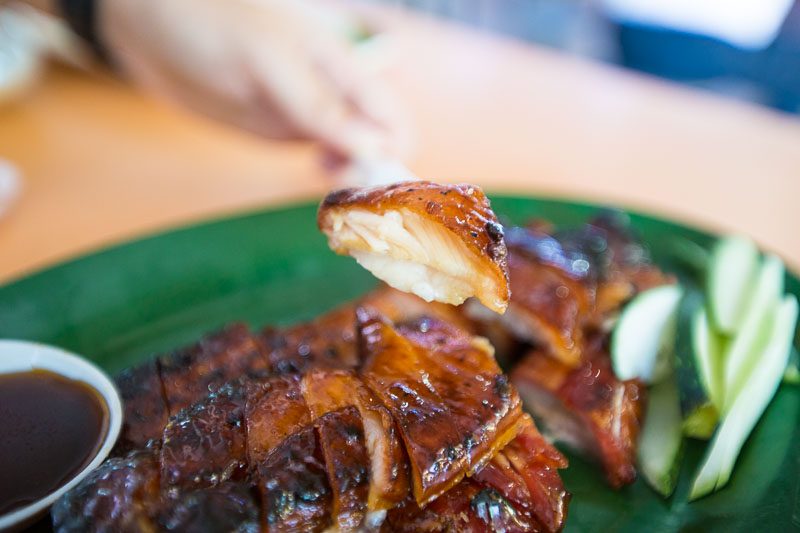 To my surprise, the meat still had so much flavour even without the layer of fat. It was juicy and tender, with a prominent smokey fragrance.

As with all hearty and oily dishes, too much of a good thing is sometimes a bad thing, so just one plate of this sinfully delicious dish would have been enough. 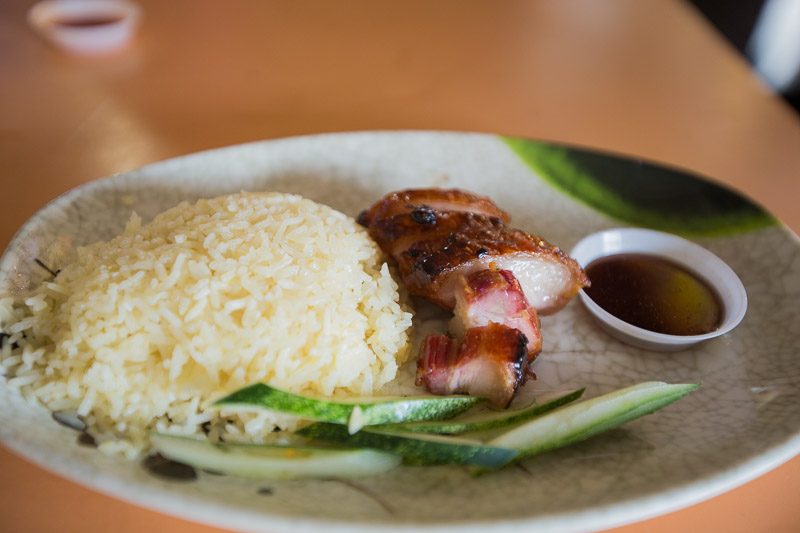 But of course, it’s our duty to suss out as much of the menu, so we also ordered the Char Siew Rice ($4) to try. I was delighted to see that it was reasonably portioned for the price.

Unfortunately, the rice didn’t quite measure up to the Char Siew, and was rather hard and dry. Although the rice was still fragrant, I would have liked it more if it was slightly less oily and fluffier.

The Char Siew made at Roast Paradise is as good as they come. You simply must try the premium cut (it’s like the holy grail of Char Siew) and I for one, am certain that I’ll be a frequent patron of the stall.

There is also a second outlet in Ang Mo Kio so head there if it’s more convenient! Heavenly roasted pork awaits.