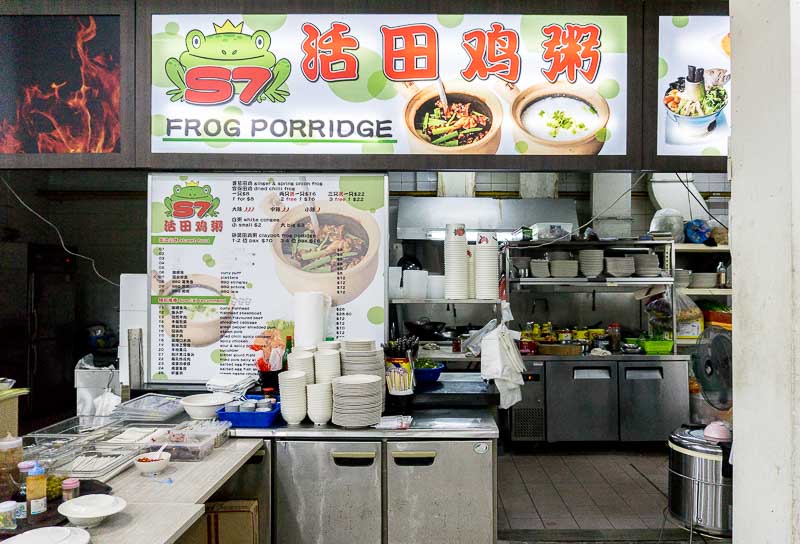 It was only this year that I’d learnt to not only consume frog, but also learn to appreciate it. Pre-2019 me would’ve never imagined a present-day me requesting a visit to a frog porridge stall when the weather threatens with thundery showers.

Which is probably very apt that my visit to S7 Live Frog Porridge came at an impeccable timing, when the skies relentlessly poured. Geylang is known for its late-night operations, in both seedy operations and supper staples. Prior to this, the only landmark I would deem worth my time is 126 Dim Sum Wen Dao Shi; I can’t get enough of their chicken feet!

Now, I’m so proud to say, I’ve found another supper haunt that’ll soon become one of your favourites as well. 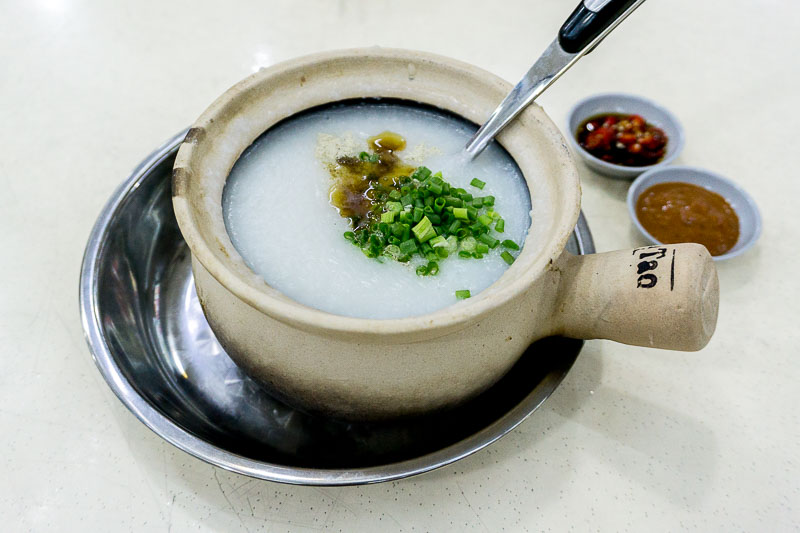 The immediate stand-out quality of their Claypot Frog Porridge (S$10 for one to two pax, S$16 for three to four pax) was the smooth consistency of the porridge itself. To say it resembled mush would sound like an insult, but its velvety and thick consistency was one of the reasons I grew fond of it almost instantly. 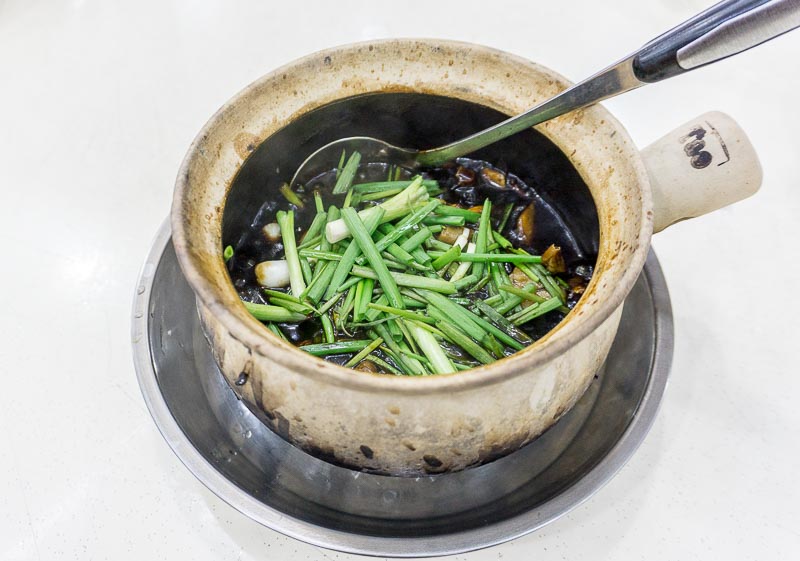 The frogs were served in a claypot, teeming with spring onions, and completely immersed in thick gravy. The gravy wasn’t as smoky as I’d expected, but it was satisfyingly savoury no less. 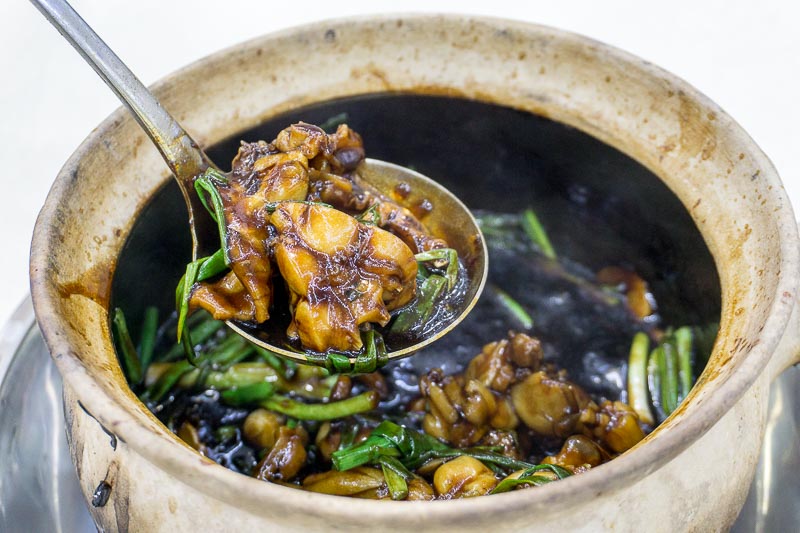 The frog parts themselves were sizeable and chunky; there’s no sign of malnourished amphibians here. You’ll want to liberally drizzle the gravy here, as it added a punchy, earthy note with every scoop of porridge.

The frog’s meat was mighty tender, falling off the bone with ease, which made disposing of its tiny bones almost effortless. The spring onions weren’t simply an accessory for colour; its slight acidity was great for cutting through the sometimes-overpowering flavour of the soya sauce in the gravy. 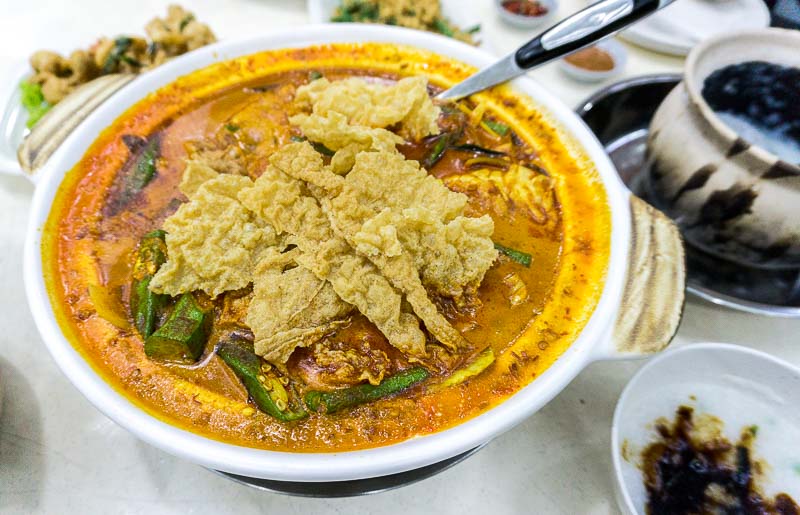 I’m surprised by the number of people who are on the fence about fish head curry. Could it be due to the arduous task of separating bone from flesh? Is it the imposing sight of an animal’s head swimming in fragrant curry?

S7’s Curry Fish Head‘s (S$26) aroma hit my nostrils with much delight as the dish arrived at the table, and I could tell—simply from its fragrance—that I would fall in love with it pretty hard. I started fishing for the fish head, which proved to be a task that required two people. 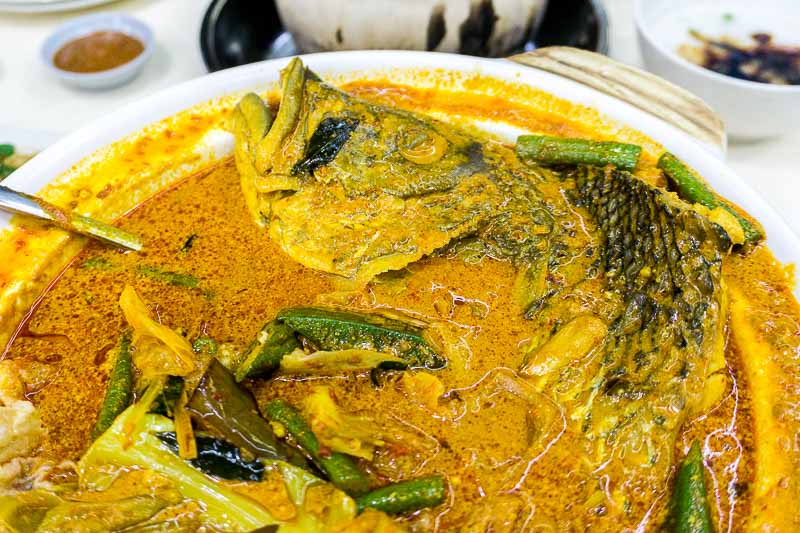 After prodding around the pile of ingredients that waded in the curry, the fish head emerged and it was much larger than I’d anticipated. I picked off a bit of its flesh, along with a sufficient amount of greens, and savoured every drop of curry—a comforting moment for the chilly weather.

I could sense the generous use of curry powder, given that its spiciness lingered at the back of my throat even after I’d polished off all the fish I could find. Even then, I kept going back for ladles of curry simply because it was too good to stop. 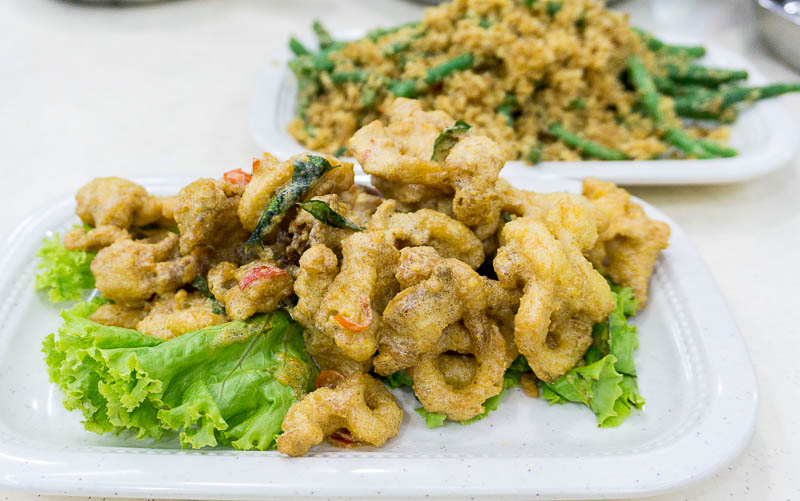 We all know how the salted egg phenomenon took over our foodscape, with gusto and persistence, much like how brown sugar weaselled its way into every milk tea drink and even traditionally savoury recipes.

The Salted Egg Sotong (S$10/S$15/S$20) held a creamy interior within its crispy shell, while the core was a springy and sweet squid. The curry leaves lent a nice touch of spicy aroma, which was intoxicating. The result was a clear plate in minutes. In true foodie fanatic fashion, I carried on with the French Bean With Dried Shrimp (S$12/S$15/S$20). This vegetable dish is lovingly peppered with dried shrimp flakes, adding an element of crunch to the deep-fried french beans. 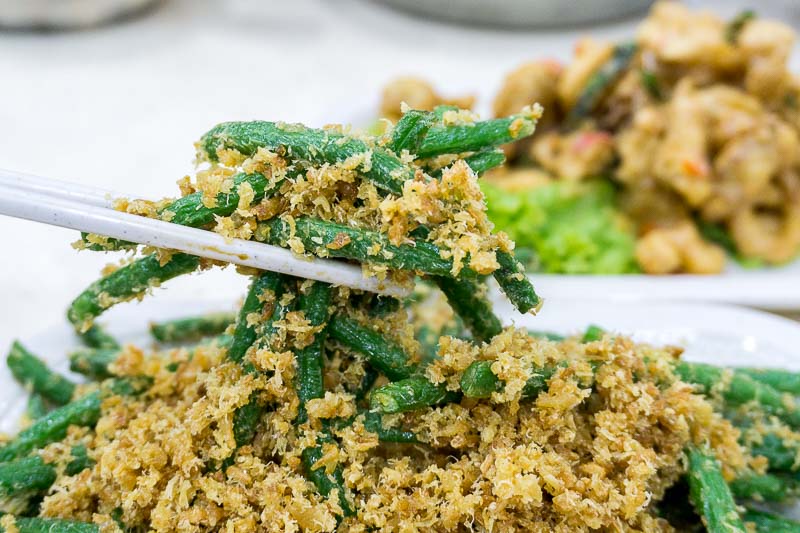 I have to say, I rarely enjoy french beans in this manner before—and I doubt I’ll want to have it any other way from now on. The saltiness was just right, and I almost forgot that I was consuming greens halfway through the dish.

This could be the solution to getting your friends (and kids) to eating their vegetables.

Sure, there’s stiff competition for the supper business in Geylang, but S7 clearly holds its own. I made a mental note to remember this place the next time I have a hankering for frog porridge. Meanwhile, their Curry Fish Head was a definite winner—worthy of multiple returns.

*This post was brought to you in partnership with S7 Live Frog Porridge.