Tucked in the corner of Duxton Road, a well-hidden gem has been making waves with its unique twist on our Singaporean cuisine.

I would have mistaken this place for being just a beer haven, given its name and logo. But once you’ve stepped inside, you will be transported to a whole new world and it might surprise you. 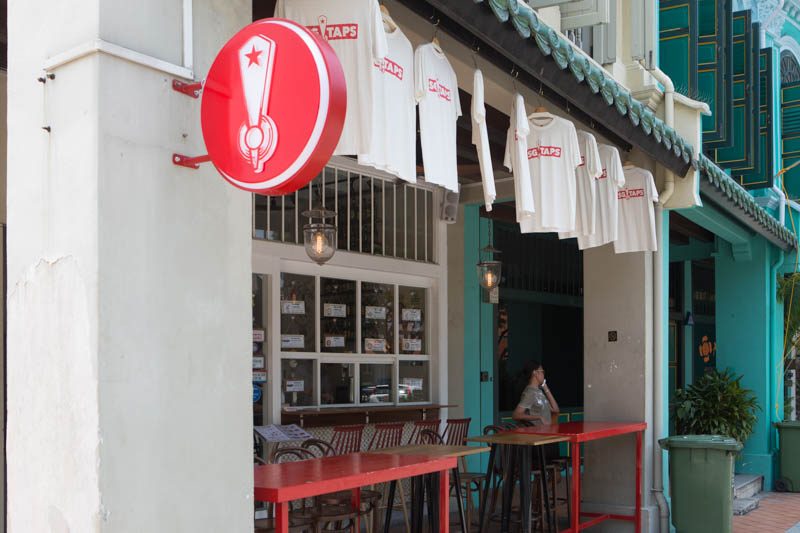 SG Taps‘ dishes are an eclectic fusion of Japanese and Singaporean cuisine. Of course, I was all psych to try it out and what made it even better is that there is no service charge or GST added to your bill. 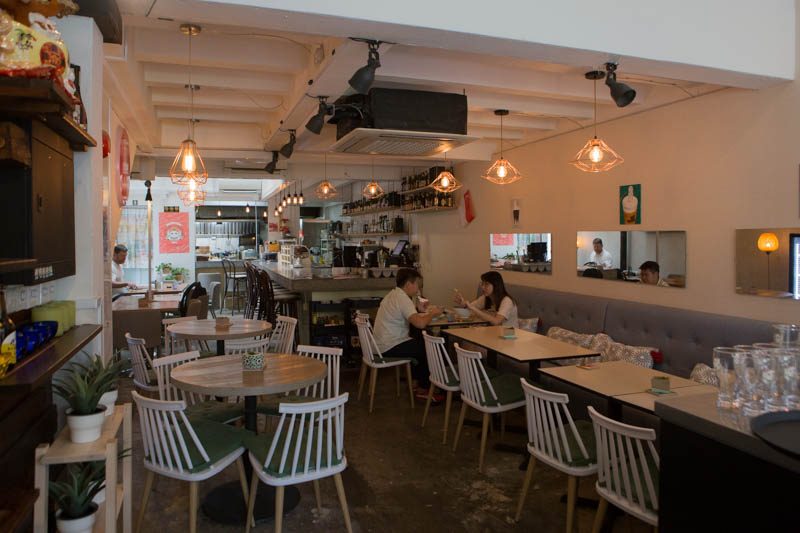 The interiors are decked with Japanese posters and beer bottles from all over the world. The outdoor seating is perfect for people who enjoy people watching. I took a seat inside to have a full view of the kitchen, but for the most part, to hide away from the heat. 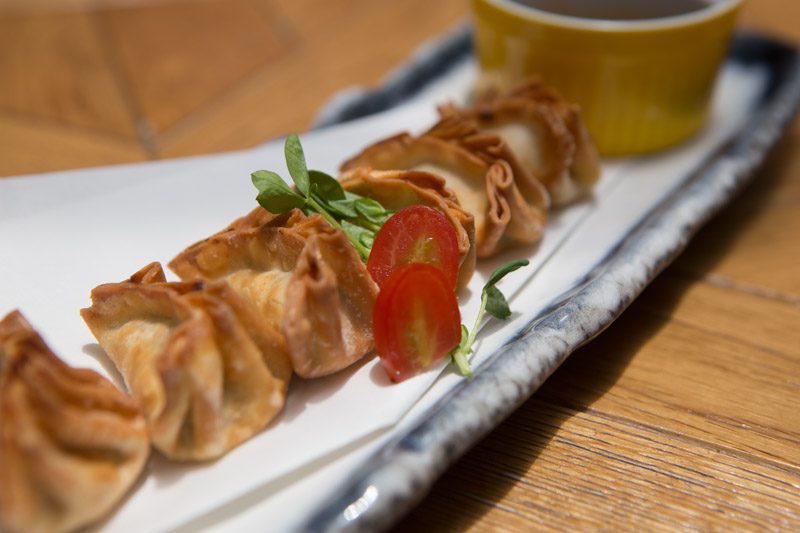 The first dish we tried was Healthy Chicken Gyoza (S$8), which comes with eight bite-sized pieces of crunchy delight.

The gyozas were fried to perfection and the chicken filling was fresh, abundant and on the sweeter side. At SG Taps, the gyoza is made from scratch, from the skin to the meat. 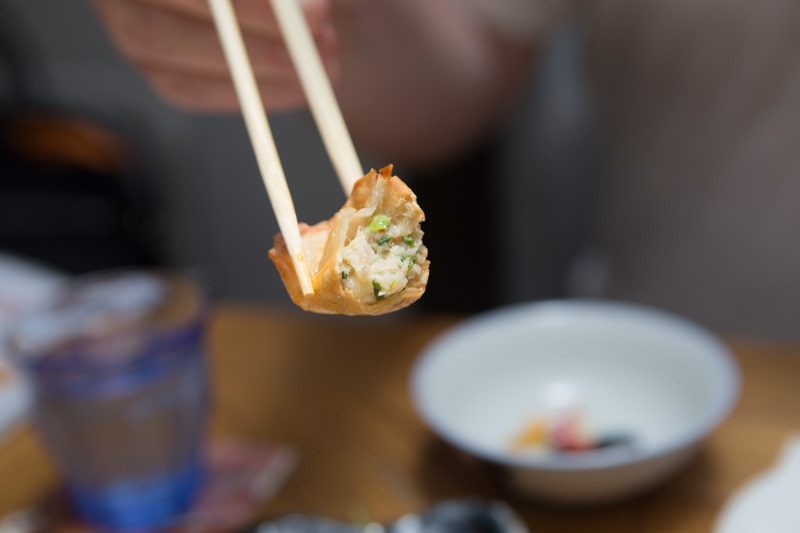 The accompanying dark sauce added more dimension to the gyoza with its citrusy tang. Though the gyoza was good on its own and I didn’t mind not dipping it in the sauce.

The entire plate was gobbled down in seconds and it left me wanting for more. 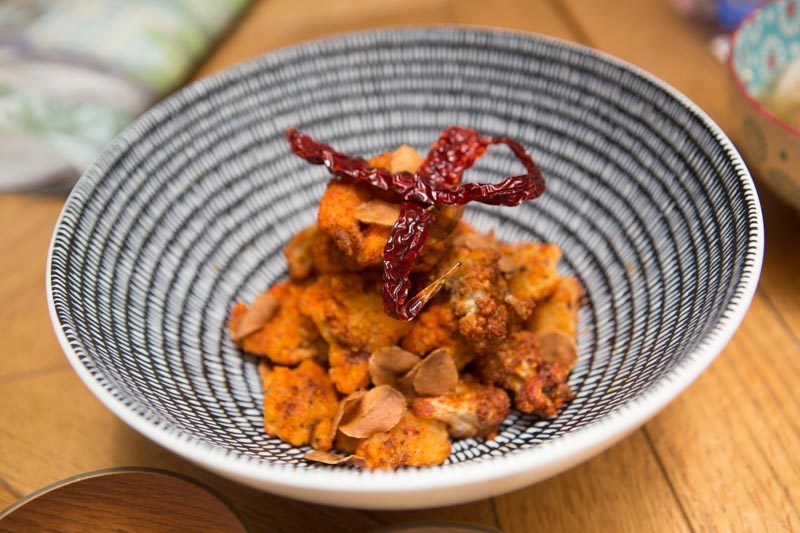 Next in the list was WANI (S$23), which stands for ‘Wild-Agri-Next-Innovation’ and it comprises of deep-fried crocodile meat, prawn and cauliflower tossed with wild spice.

The crocodile meat tasted like chicken but has a slightly fishy smell. I find the texture to be interesting as it was firm, chewy but not tough at all. The seasoning coated the dish evenly and tasted similar to Cajun spice, but had more heat and kick. A must-try for the food adventurers! 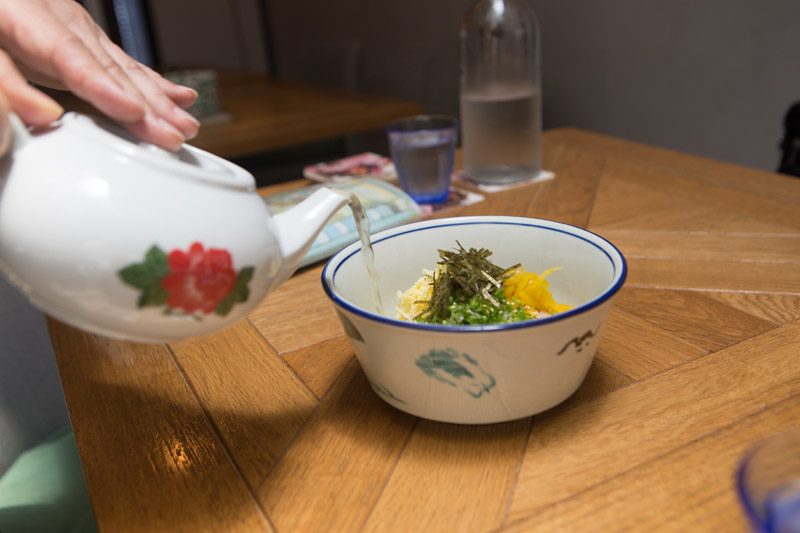 The Amami-Styled Chicken Rice (S$13) was so good that it might just become my new favourite version of the chicken rice.

Hot chicken broth is added into the bowl filled with huge chunks of white chicken meat, slices of seaweed and generous portions of rice at the bottom. I felt this was the healthier version of the usual chicken rice as the broth was light and wasn’t too oily. It has a fragrant chicken stock taste but didn’t leave me thirsty after, unlike most soup that is laden with MSG.

My only gripe was that it didn’t come with the tangy garlic chilli that I’m used to having with chicken rice, but it could be just a personal preference. The Yong Tau Fu Oden (S$12) is a remake of our classic favourite. Dashi broth is used instead of ikan bilis and soybeans, resulting in a deep umami flavour.

The vegetables and mushrooms were stuffed with chicken, pork and fish meat to provide different textures and flavours — you get the saltiness from the pork, the sweetness of the fish and the combinations work well for a clean and hearty dish. I’m not usually a fan of pizza, but I enjoyed how thin and crispy the dough of the Laksa Pizza (S$16) was, it didn’t get jelak after having a few slices.

Instead of tomato sauce, laksa paste is used as the base sauce of the pizza. It is topped with clams and shrimps that were juicy and fresh. However, I felt that the cheese and laksa paste didn’t quite go hand in hand. My dining buddy, on the other hand, is a laksa fan and felt it was a courageous attempt on our local dish. 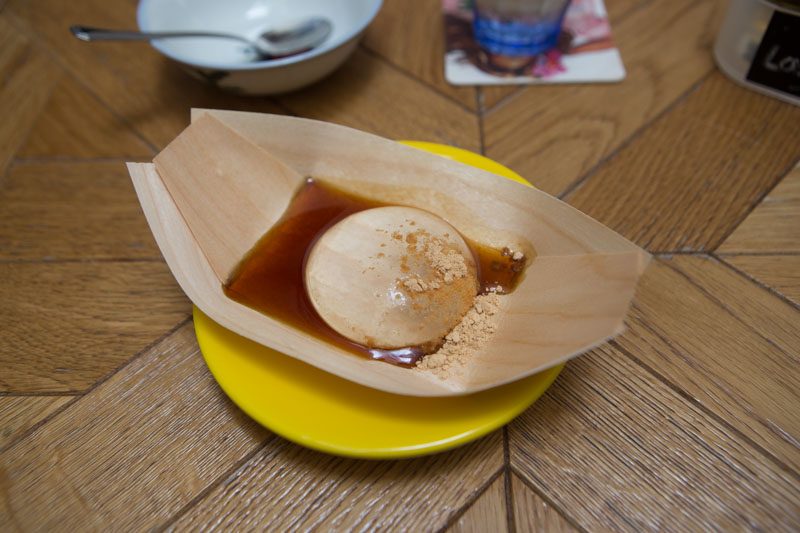 We ended our meal with the Raindrop Cake (S$5) that once took the internet by storm. The beautiful cake is drenched in a black sugar syrup and sprinkled with roasted soybean powder. The jelly-like cake itself is tasteless on its own and I had a difficult time trying to get it on my spoon which had my friend in stitches.

The flavours mostly come from the sugar syrup and the nutty-flavoured soybean powder. The sugar syrup was denser than maple syrup and paired beautifully with the cake. This is one of SG Tap’s best-sellers, you’ll want to get your hands on it!

The owner, Hirose, has lived in Singapore for more than 10 years. Together with Chef Makiko, they take inspiration from our everyday food and recreate it with a Japanese spin. The food speaks for itself and I would be coming back again for sure.

You can also drop by SG Taps for drinks if you are around the corner as they have local craft beers on tap, but I’ll leave that for another time.