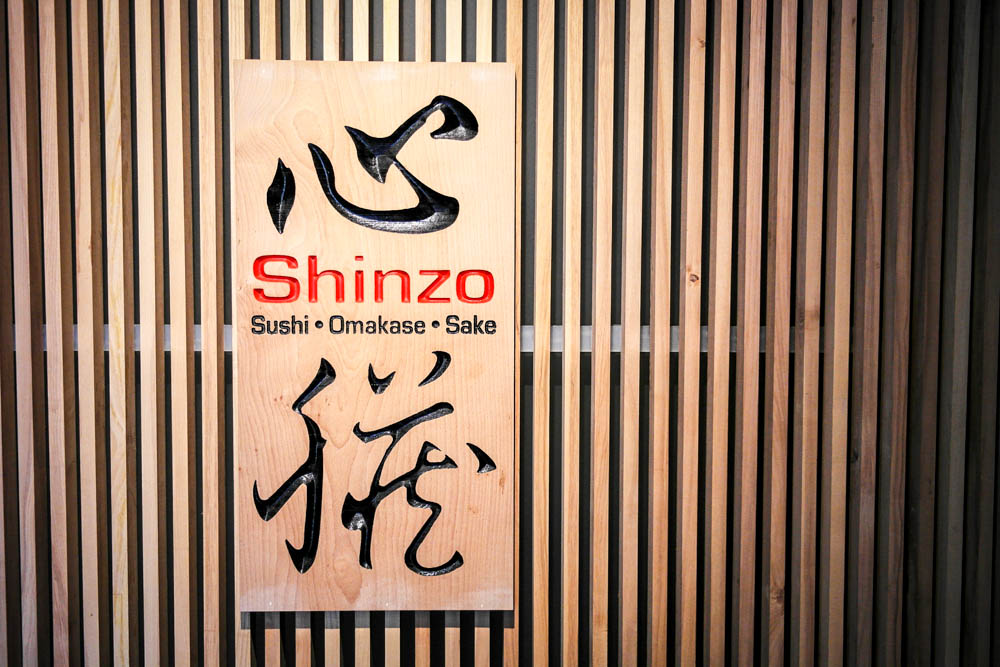 Just across from Clark Quay MRT at Carpenter street is a discreet hidden gem that serves up fine Japanese cuisine. Shinzo restaurant specializes in Omakase dinners; O-makase (お任せ) is a Japanese phrase meaning “I’ll leave it to you” which is directed to the chef in this instance. You basically let the chef decide the menu in a omakase.

Shinzo (心臓) means ‘heart’ in the Japanese language, and represents how each dish is created with love and passion from the heart. The restaurant believes that a good omakase experience is not just in the food, but in the overall ambiance and hospitality as well. 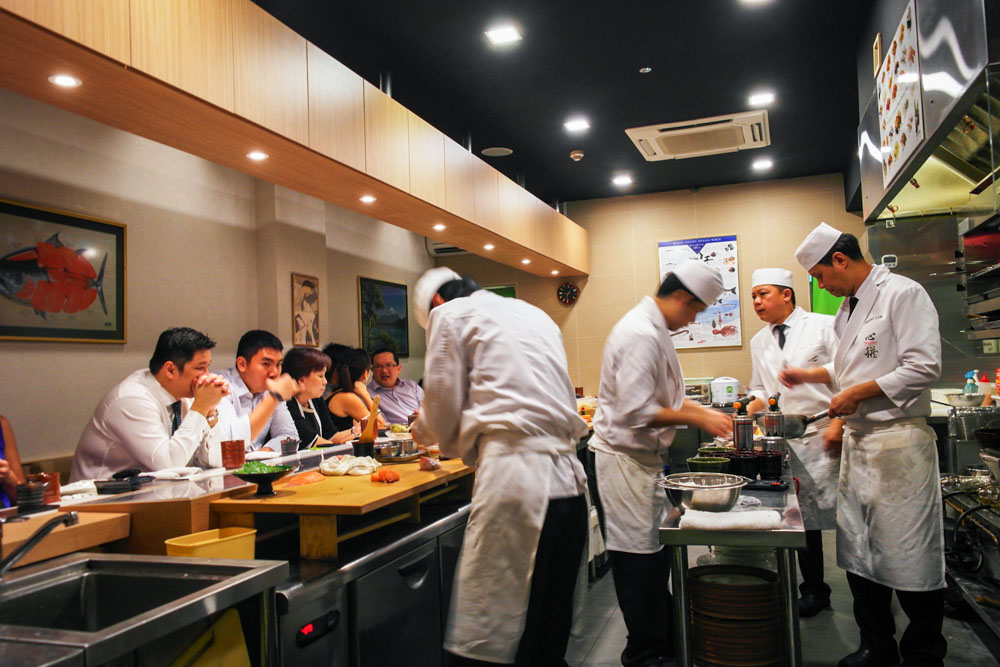 In this limited seat restaurant, the real action is by the sushi bar counter where you see the busy chefs with their business neckties working like maniacs to deliver your meal.

The interior is austere, featuring wood panels and some Japanese art pieces around. 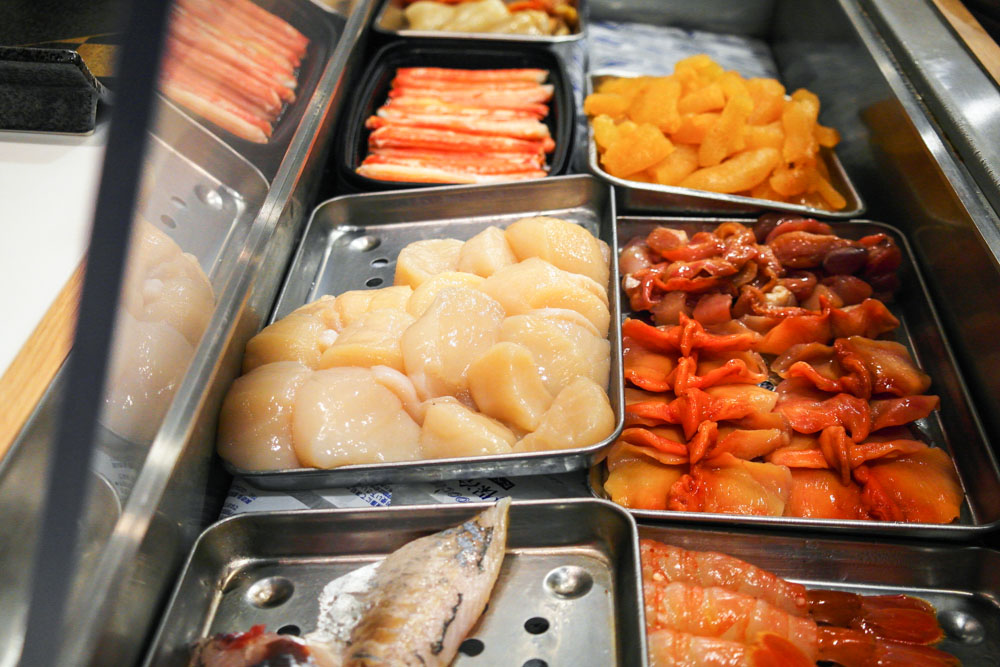 Shinzo prides itself in using fresh seasonal ingredients in its omakase offering, so dishes are always changing. 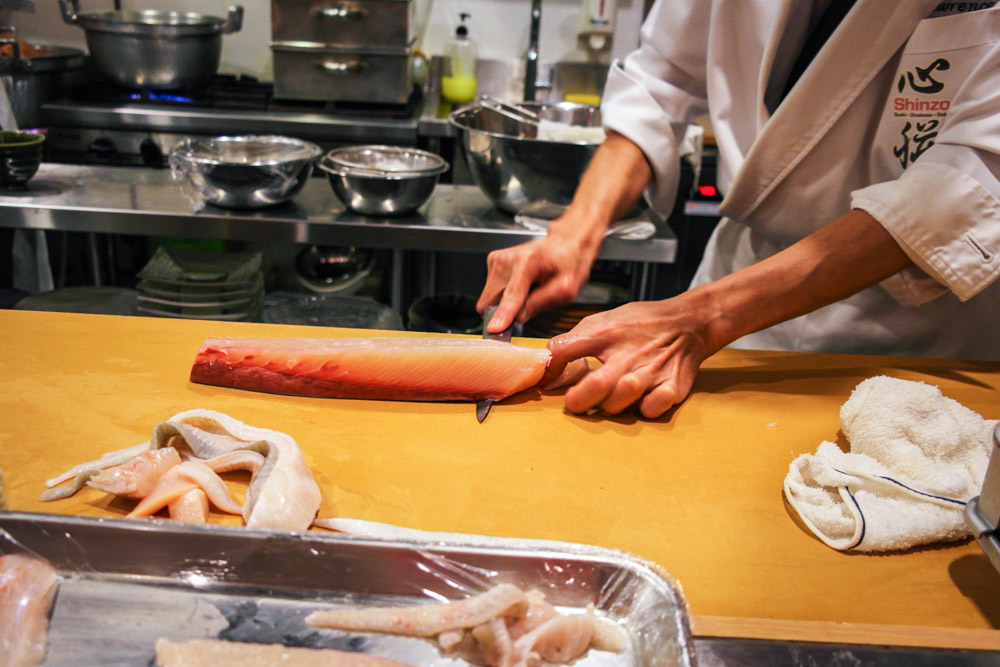 Helmed by Chef Lawrence Chia who started Shinzo in September 2013,  Chef Chia began his road as a shokunin 職人 (artisan) since the age of 19, continuously perfecting his skill to this day. To become a sushi grandmaster like 88 year old Jiro-san means you never stop improving your skill.

Today I’ll be trying a omakase lunch based on the summer season’s offering. If you like any particular dish, you can also order it a la carte, but mostly it’s one budgeted price from the start. Toasted dried Kawahagi. Dried leather jacket fish. A warm and crisp starter before the meal with a piquant fishy flavour. 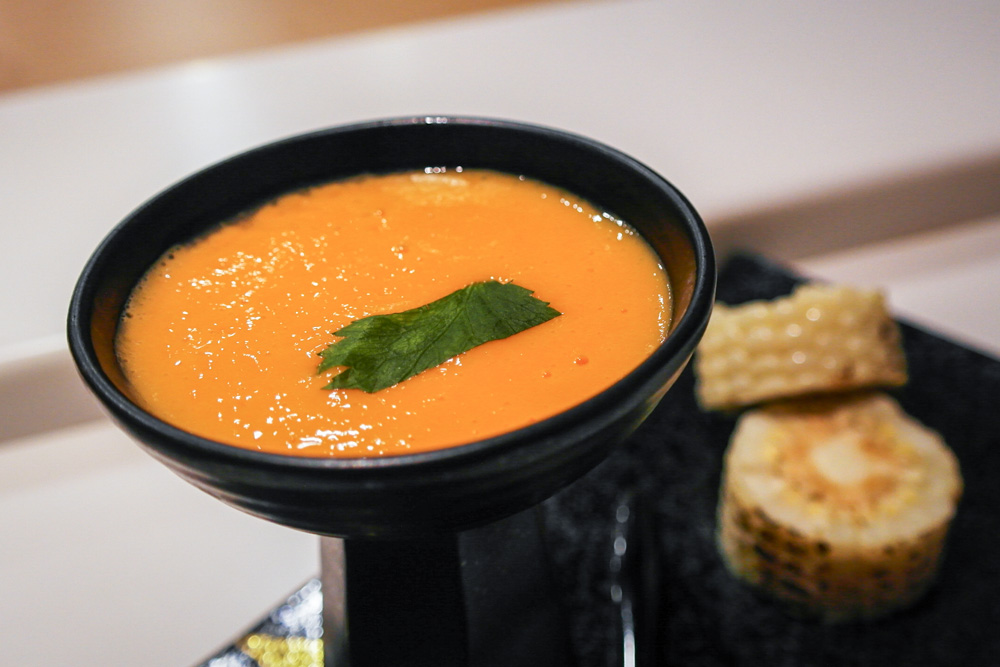 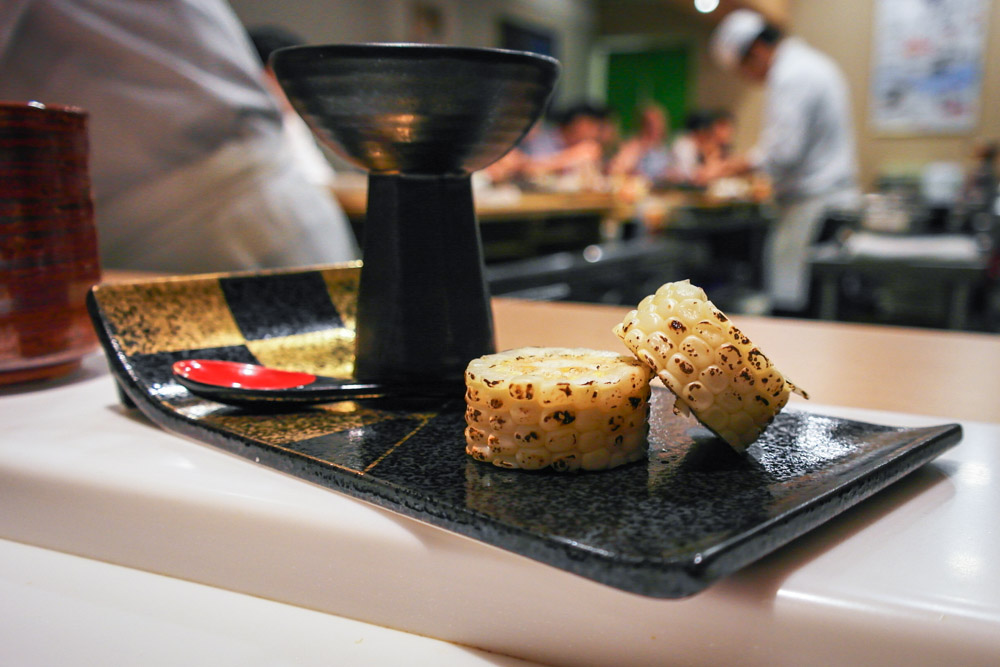 Uni Tofu. Grilled Sweet corn and uni egg custard. In summer, uni, or sea urchin, comes into season and thus its best tasted in this period. Although the dish name is a tofu, there was none of that soy taste and more towards a creamy umami custard. Very pleasant and not overly heavy as compared to eating uni raw.

The sweet Hokkaido corn is also a agricultural produce the Japanese have always managed to amaze me by with its high levels of sugar rarely replicated anywhere else in the world. 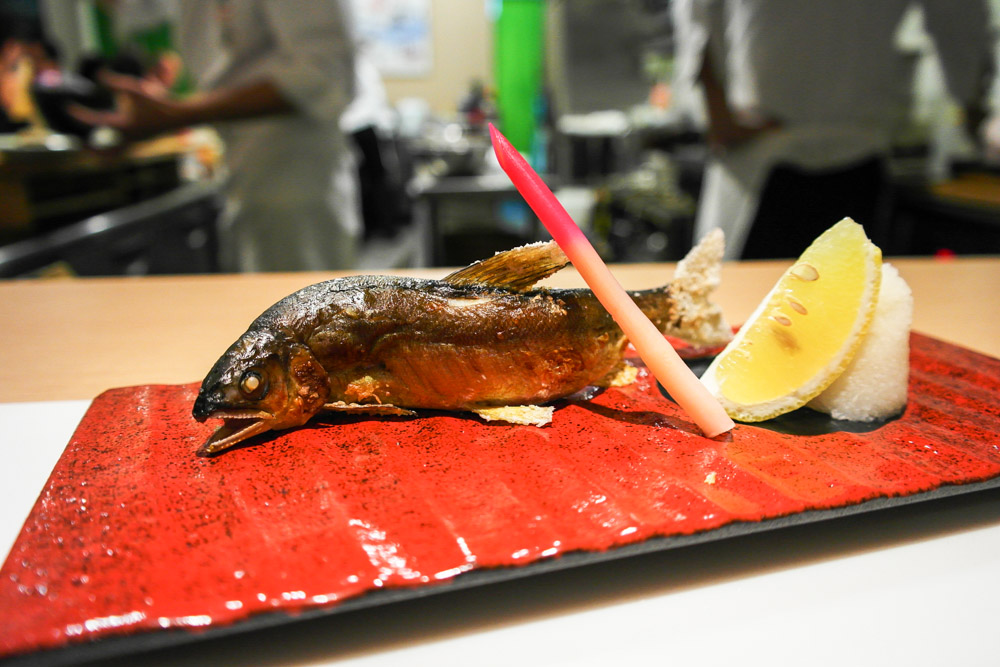 Tobiuo. Also known as Tobiko, this is a delicately sliced flying fish that is simply grilled with salt to express it’s natural freshness. A slight hassle to consume though with its small bones. Nasu. Summer selection of sweet eggplant with sesame paste. The eggplant flesh has been grilled till its soft and easily scooped with a spoon, complimented well with the sesame paste and slight charred flavour for an extra dimension. Milky and a rounded, full dish. 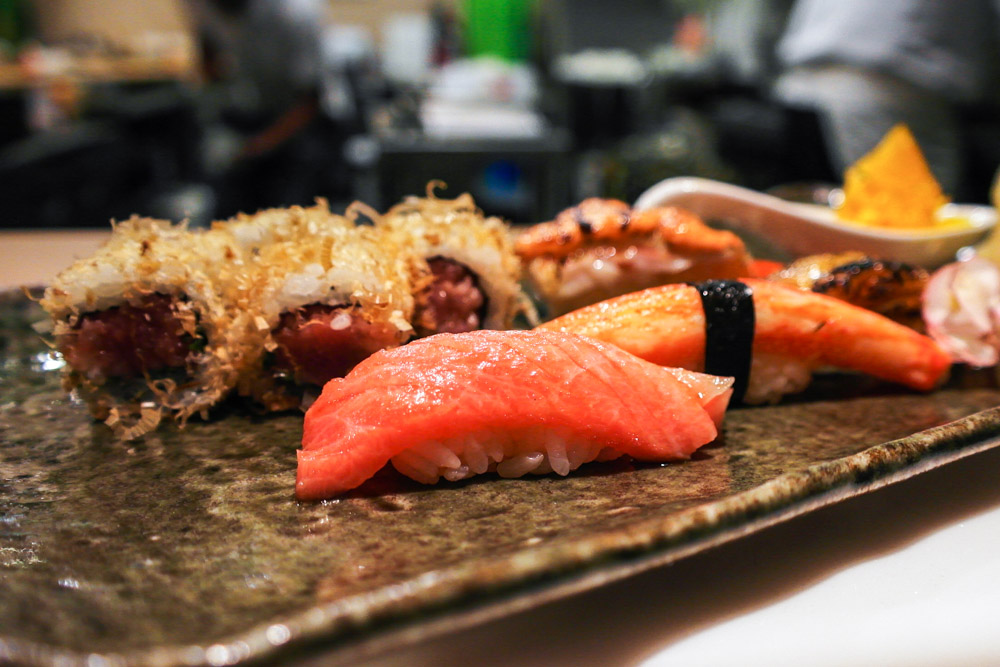 The hardest dish to master in Japanese cuisine is definitely sushi, and more specifically, the rice that is used to make it. Too much pressure and the rice is too compact, too little and the rice falls apart. For the sushi artisan, it takes years and years just to master the basics of sushi rice making. 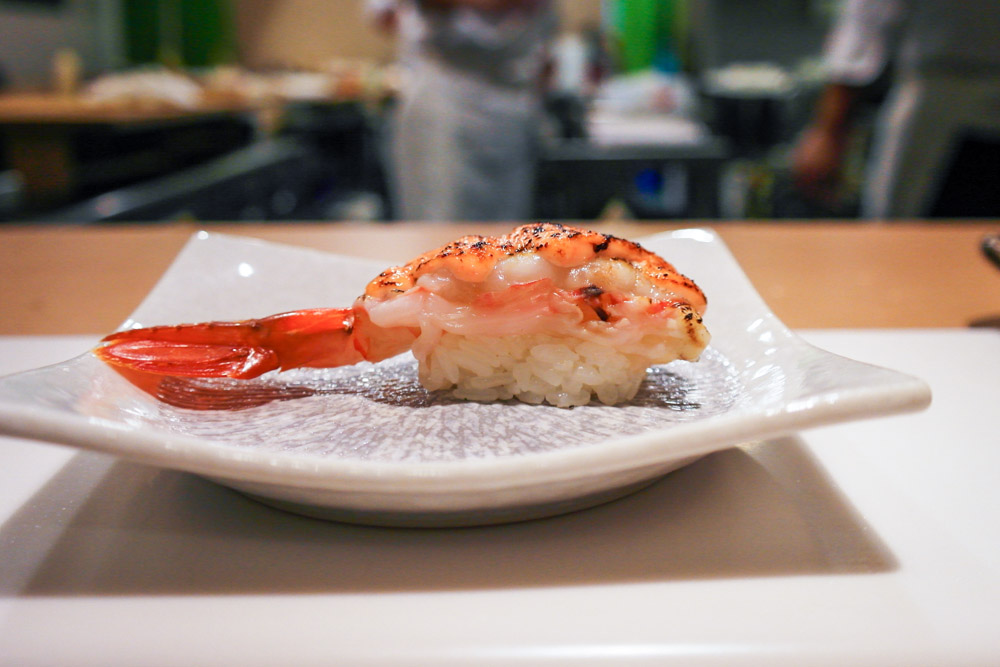 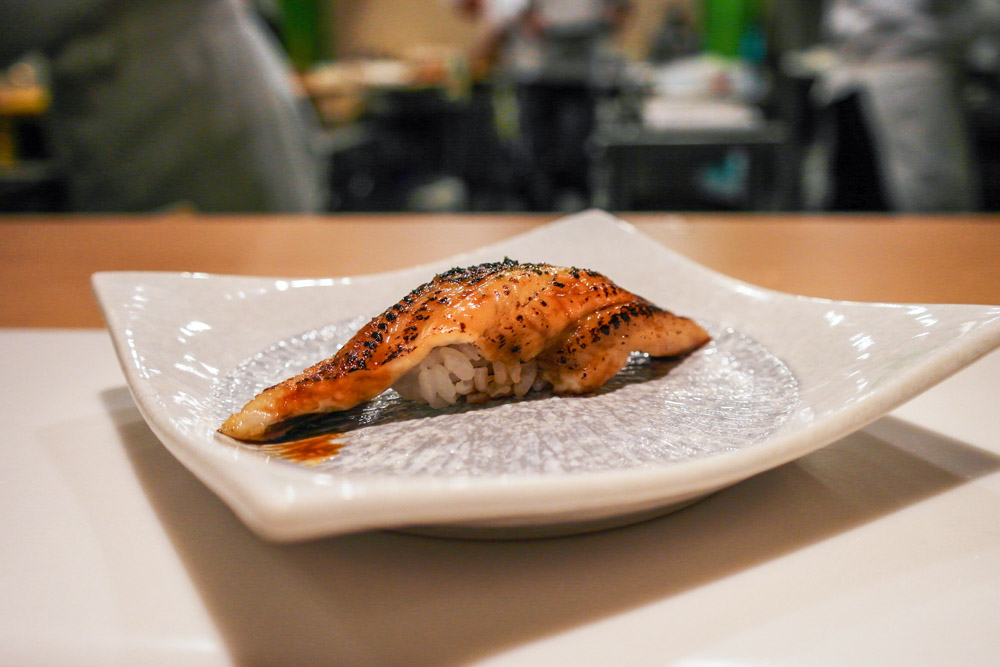 Unagi Sushi. Soft eel over well made sushi rice that held its form. Has a tangy, citrus finish within as well. Otoro Sushi. Definitely my favorite sushi with its decadent strips of fat full of flavour. 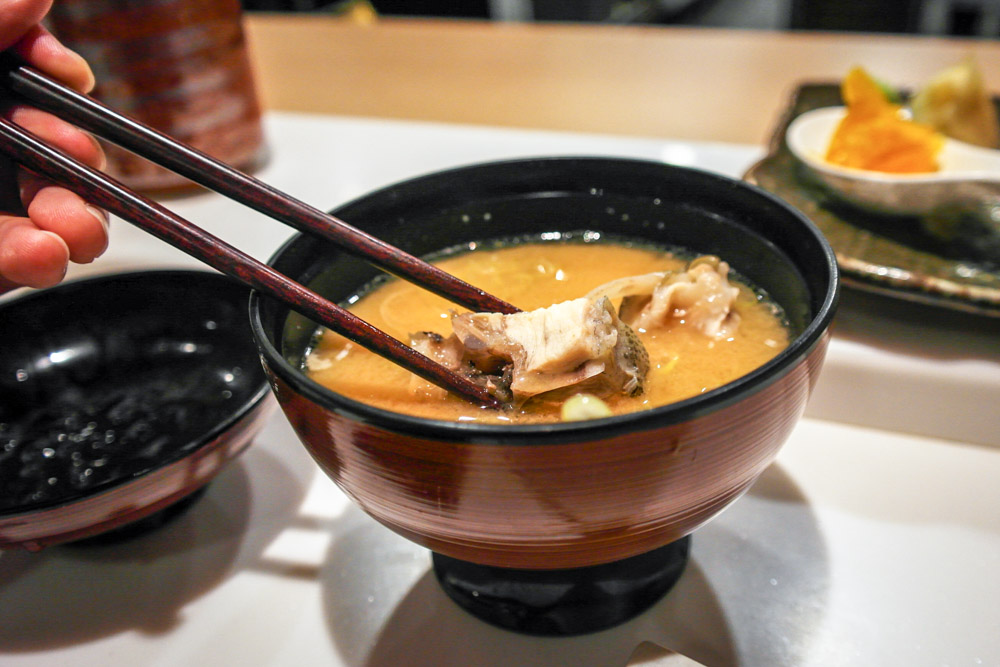 Salmon miso soup. Each meal is also served with a side of miso soup filled with generous chunks of salmon. 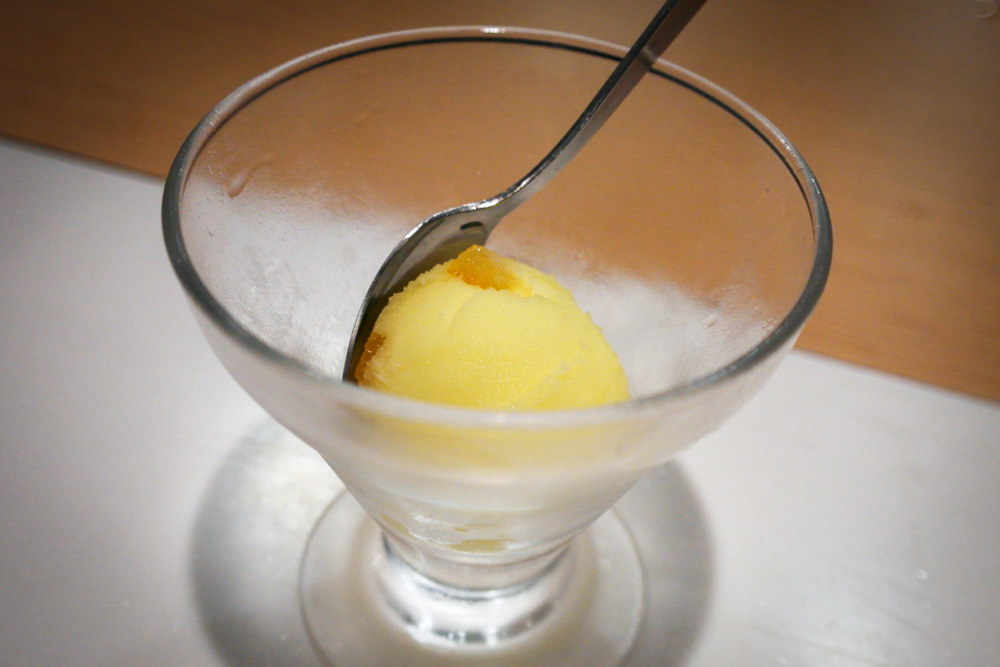 Yuzu Sorbet. A cold dessert to finish off dinner, the sour sorbet is a good palate cleanser although a bit more no frills than expected. 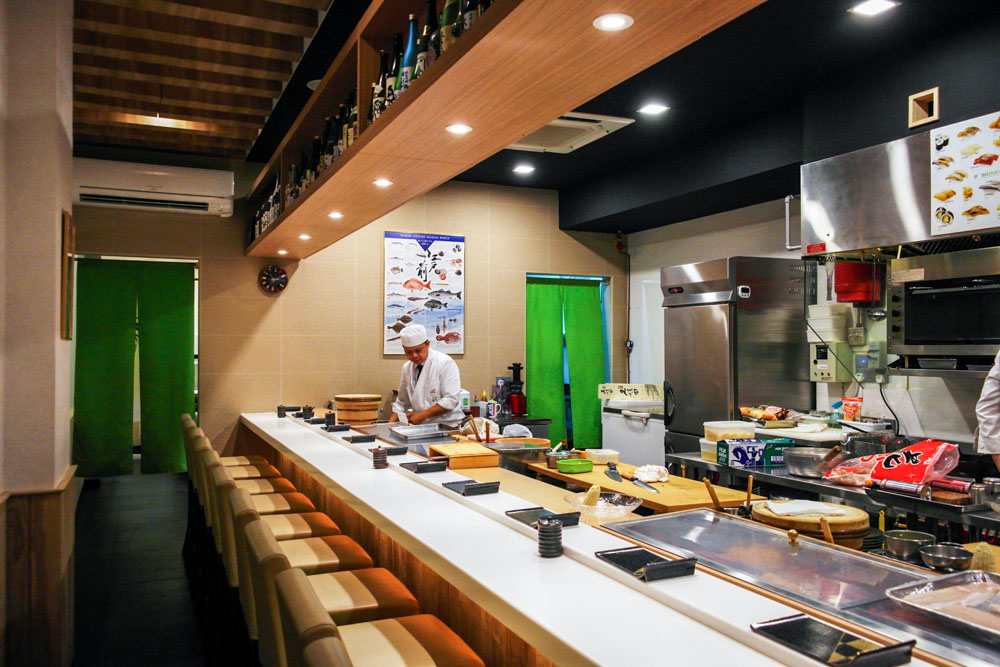 Shinzo’s Japanese cuisine has indeed gained a lot of popularity, with many Singaporeans willing to try omakase dinners recently. There are lunch sets starting at $68++, while dinner omakase is from $138++ onwards. You can basically give a budget to the chef and he will prepare dishes according to your wallet limit.

Shinzo’s popularity might be a double edged sword though, as the intimate interactive hospitality with the chefs that you would expect in omakase seems a bit more hurried, and less detailed due to the number of patrons in the restaurant. It would have been a much better experience for me if the chefs spent a bit more time with explaining the dishes served.