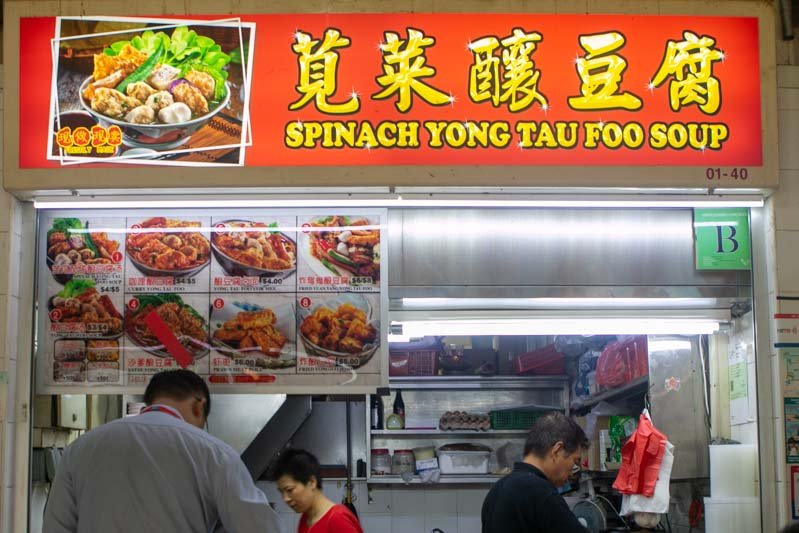 In the heart of AMK Central lies your typical hawker centre. Amidst the usual suspects, the menu from Spinach Yong Tau Foo Soup 苋菜酿豆腐 stood out.

We all know and love our normal yong tau foo, with its variety of ingredients and noodles. The bases are predictable — you’ll get clear soup, dry, or the occasional laksa soup. 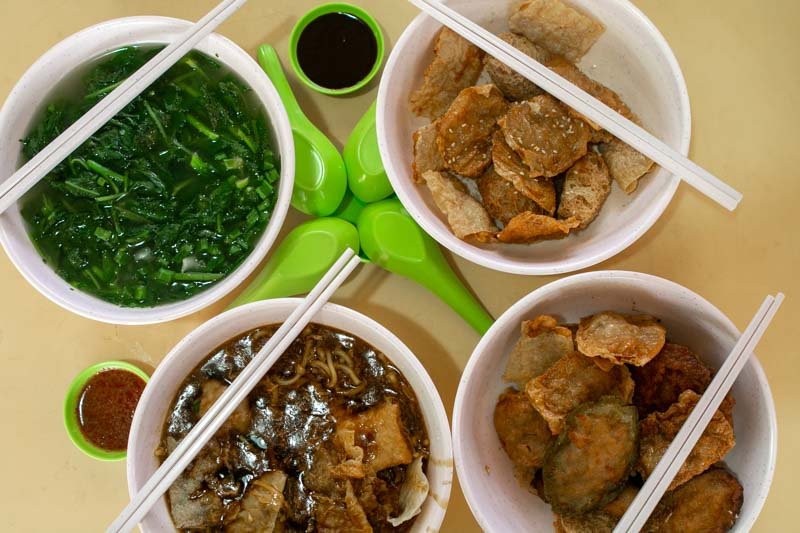 The owners of Spinach Yong Tau Foo Soup have got their basics down, and more. The items on the menu that made us go “Huh, for real?” were the Yong Tau Foo Lor Mee, Fried Yuan Yang Yong Tau Foo, and Fried Yong Tau Foo. 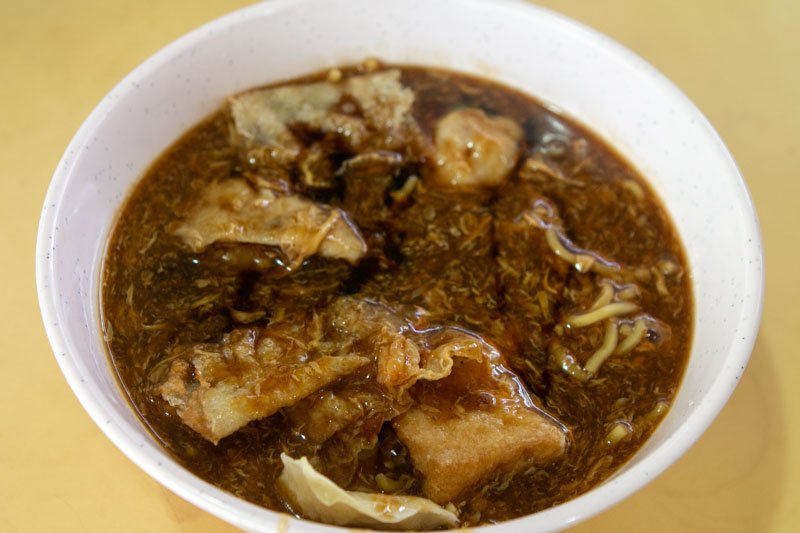 I mean, we’ve all had lor mee, with its iconic thick gravy and yellow noodles, topped off with a braised egg. It’s a whole different ball game when yong tau foo ingredients are thrown into the mix. 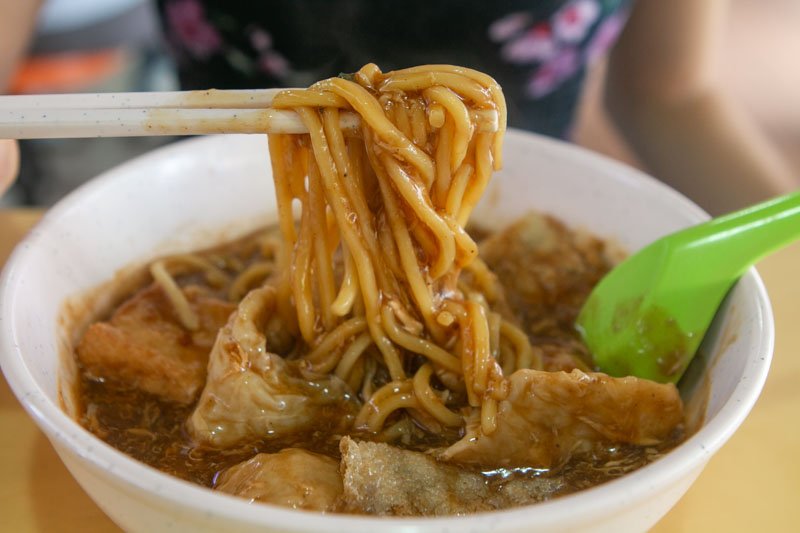 To be honest, I was really puzzled by what Fried Yuan Yang Yong Tau Foo (S$6/S$8) was. I knew yuan yang to be a drink that’s a mix of coffee and tea. So I was extremely sceptical about how the owners were going to incorporate such a concoction into yong tau foo. 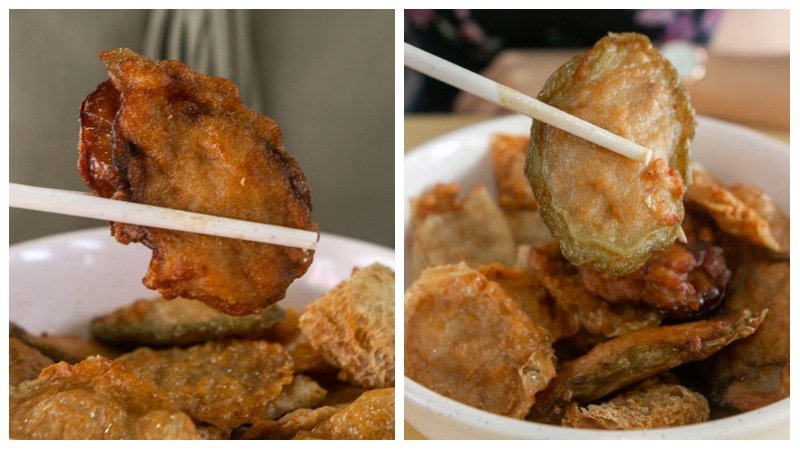 Upon taking a closer look at the menu, the Chinese words for yuan yang were “鸳鸯”, which actually refers to the Mandarin duck! But either way, I was proven wrong when the stall owner nonchalantly clarified it was because of the complementary duo of eggplant and bitter gourd.

Our questions were silenced with every bite; this dish was total satisfaction. Taking a mouthful of fried eggplant, trickles of oil surfaced. Sinful, but so delicious. The display photo for the Fried Yong Tau Foo (S$5) on the menu really reminded me of a snack item I would see at the Geylang Serai Ramadan Bazaar. Fried food in a basket? ‘Nuff said.

In any case, serving me a bowl of fried food is always the key to my stomach. Each ingredient was deep-fried, yet not to the extent of being slathered with oil. 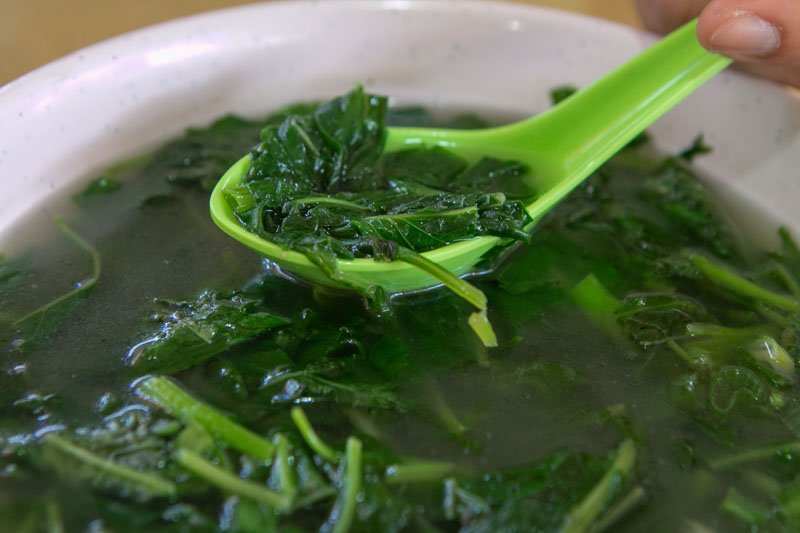 Every bowl of dry yong tau foo is served with a bowl of refreshing Spinach Soup. The soup featured a seriously generous helping of spinach. After my first spoonful, I kept going back for more.

The owner confidently informed us that their soup is made without additional flavourings, and it is purely vegetables and yellow beans. Fried food with a bowl of clear soup to wash it all down is pretty much the best combination. Just as we were just about done with the dishes, the owner treated us to a side bowl of their Curry Soup. While the owner said ‘curry’, the soup sure did look like laksa.

She pointedly remarked that their Curry Soup is the same as ordering a laksa soup somewhere else. We drank it anyway, and we were glad we did.

It was an incredible burst of flavour! Piquant coconut milk, generous amounts of hae bee hiam and spice for that extra oomph, all blended together in their curry/laksa broth. This is in the running for the title of ‘laksa soups I lak-sa much’!

Word of advice: do expect a bit of a queue during the lunch hour, as you all know good things are worth the wait!