Prior to a year ago, I was never one to have a hankering for dim sum. But after my virgin trip to 126 Dim Sum Wen Dao Shi 揾到食, I’ve had moments where all I wanted was a serving of chicken feet and golden sand bao.

Thus, you can imagine my excitement when I heard Sum Dim Sum opening, although the news was received with little fanfare. 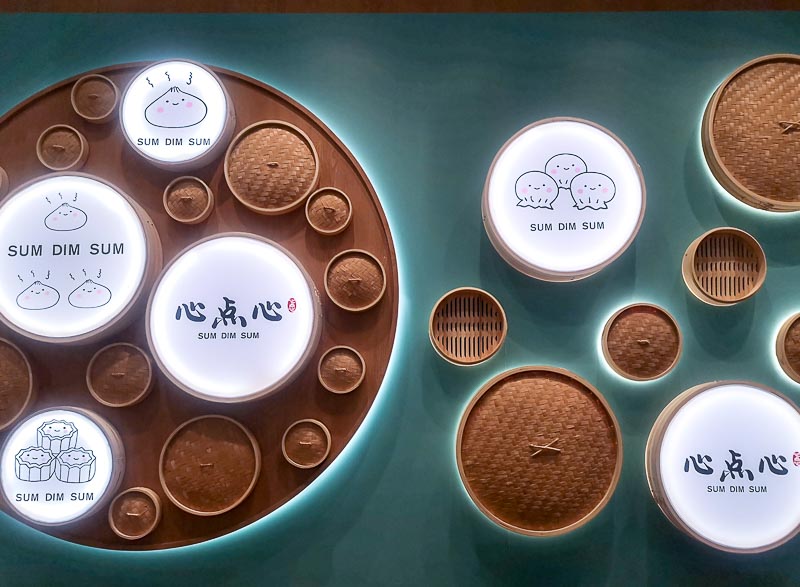 Standing out among the numerous coffee shops at Jalan Besar, I found its bright, air-conditioned interior exceptionally inviting. The feature wall showcased several white-lit signs, coupled with rattan steam baskets hung to emphasise its cuisine (lest you forget). 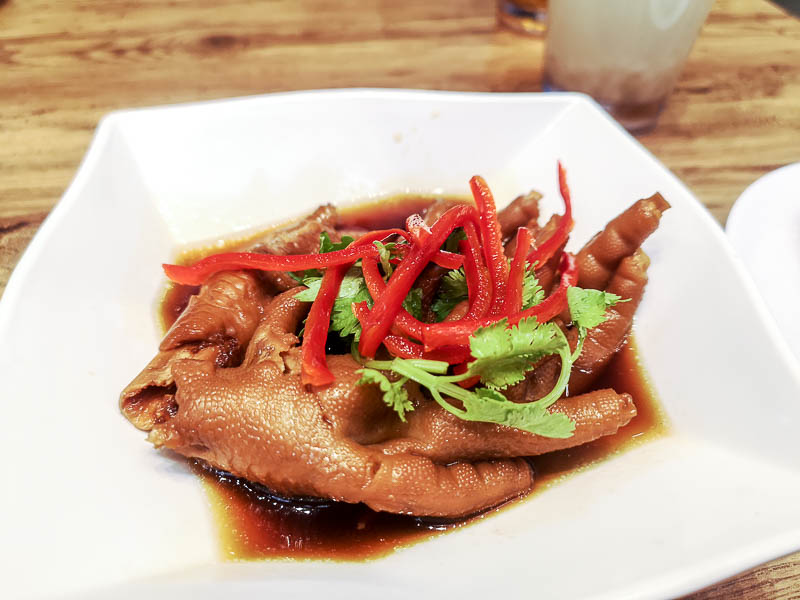 As mentioned earlier, I’m always up for chicken feet, so I had to order a portion of Chicken Feet With Abalone Sauce (S$5). It was the first to arrive, and came with four claws, served piping hot! The gelatinous meat was incredibly soft and savoury—it was imbued with the umami saltiness of abalone sauce.

However, what impressed me most was the simple fact that it was served steaming hot; most places would have you settle for lukewarm chicken feet, but I had the glorious honour of enjoying the jelly-esque chicken scratchers. 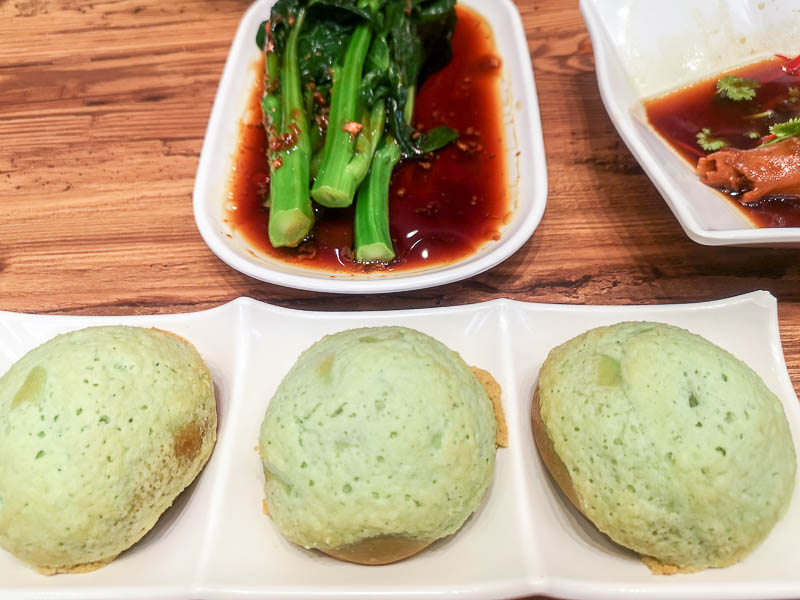 I’d seen this being promoted all over Sum Dim Sum’s social media, so being hit with the FOMO bug, I had to order it as well. Their Signature Crispy Pork Bun (S$6 for three) is different from other pork buns—it’s deep-fried and encased in a pandan shell. 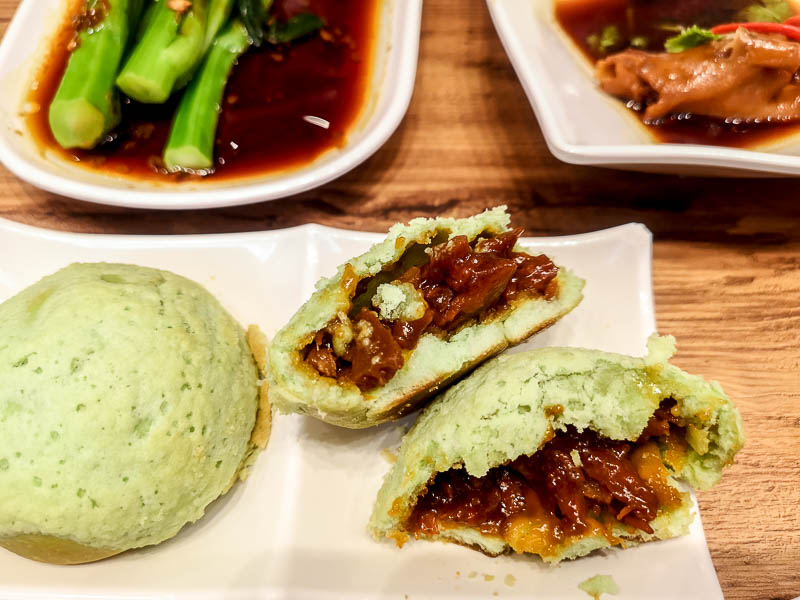 The pandan casing was crumbly and surprisingly quite sweet; a little too sweet for a bao that’s meant to be savoury, in my opinion. When I cracked it open, I was instantly hit with honey notes and a visual of dark reddish-brown char siew pork filling.

I was disappointed by the treacle stickiness of the char siew sauce that the shredded pork was slathered in, especially when combined with the sugariness of the pandan exterior. It confused my tastebuds and created a false sense of satisfaction, as my mind was led to believe I was having dessert when I was only barely starting my dinner.

The crust on its own was really enjoyable, but when paired with their char siew pork recipe, it was a messy coupling. 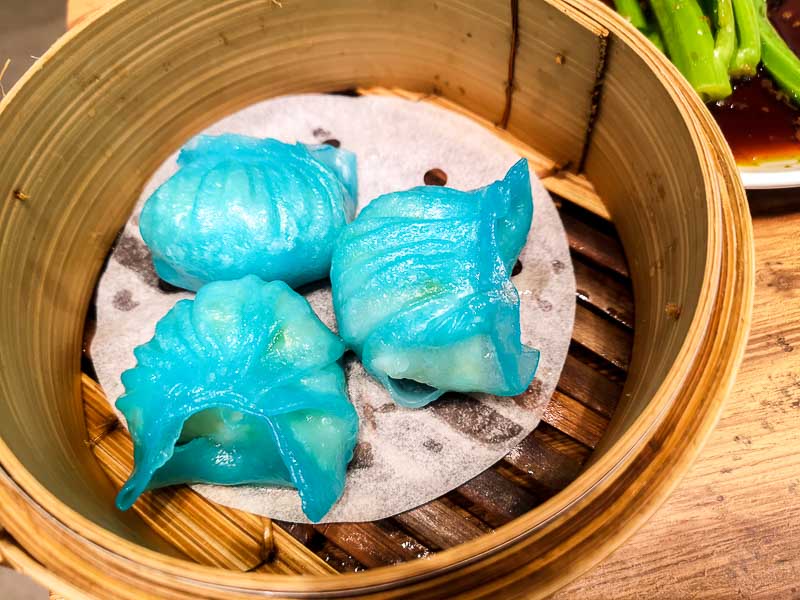 I didn’t expect their XL Prawn Dumplings (S$6 for three) to come in a Tiffany blue swatch. It’s a pretty sight, and something I’m sure plenty of people will want to capture for the ‘gram.

Butterfly pea flower is used to achieve this striking hue, and I suppose if you want to impress your date, you can let them know that it’s rich in antioxidants and mood enhancers. 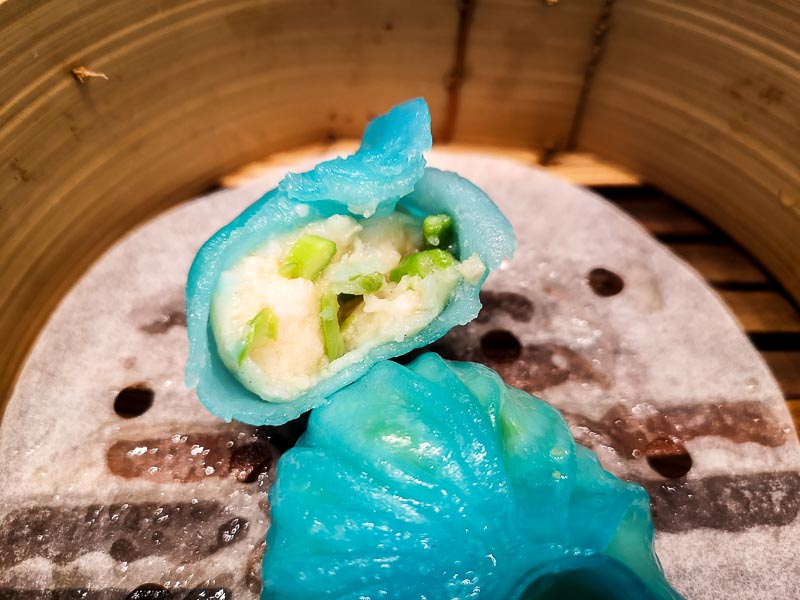 I spotted speckles of green onions scattered within the dumplings, and I have to admit, it was pleasing to the eyes to see the contrast of bright blue against the bright green garnish.

As for the taste, it was naturally sweet and juicy, with the skin providing a satisfying chew for textural contrast. 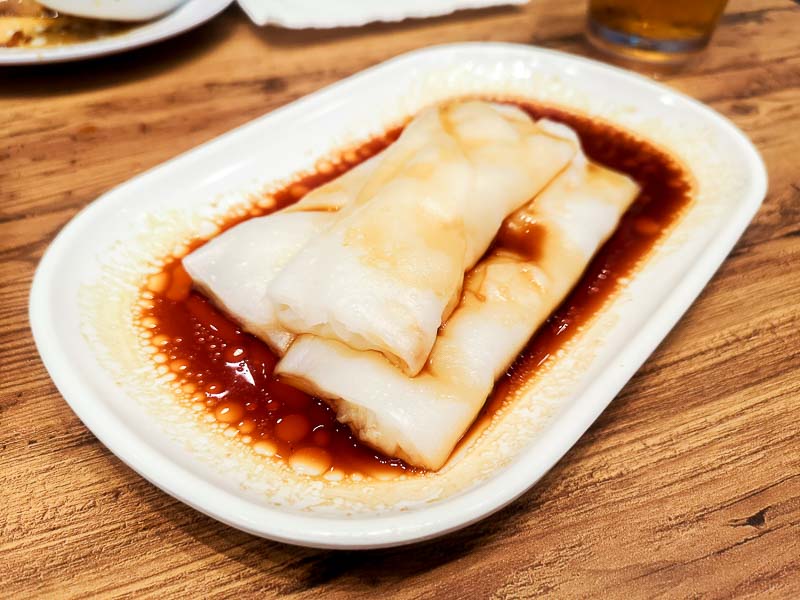 We felt a tad fancy and ordered the Scallop Rice Roll (S$7.90), which is essentially chee cheong fun stuffed with scallop flesh. I don’t know what I was expecting, honestly, but I was met with a sparse filling of scallop flesh, having it only smeared at the ends of the rice roll.

It tasted rather bland, and there was barely any sweetness coming from the scallop. It turned out to be nothing more than an unnecessary carb dish. 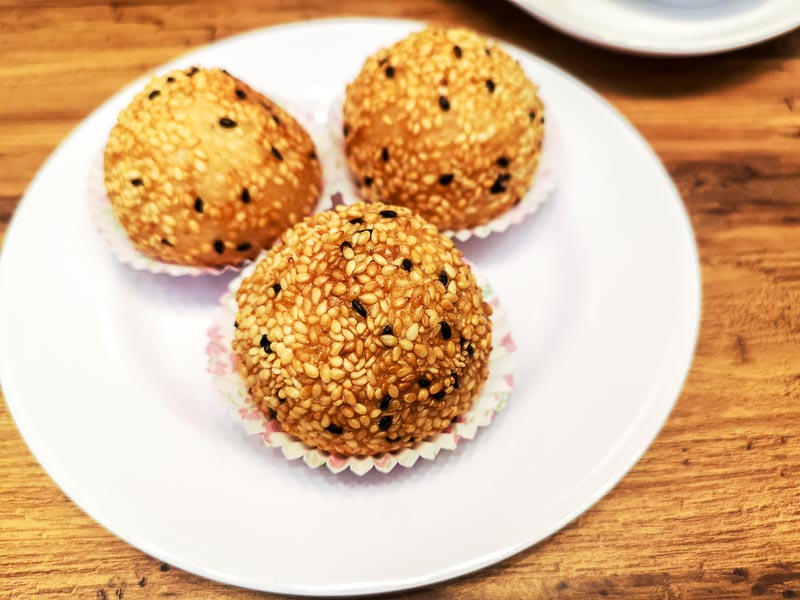 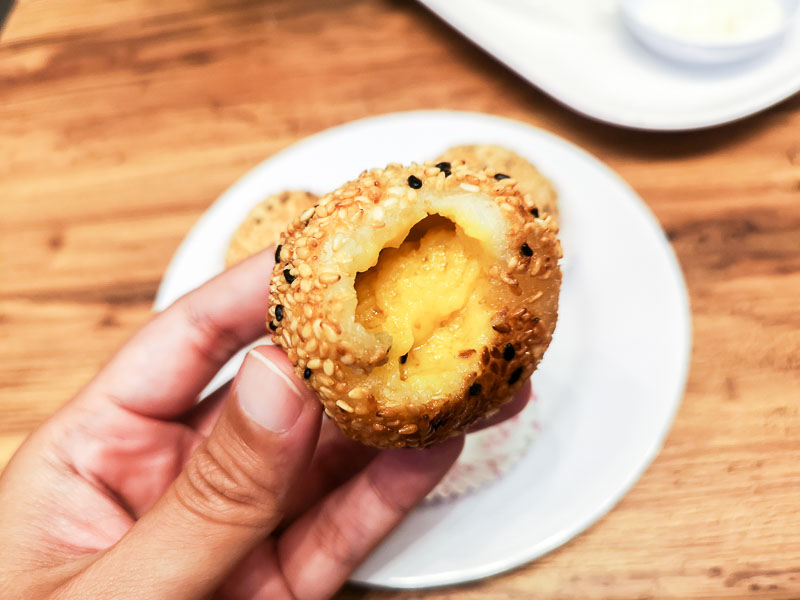 Unlike the familiar lava-like drool that oozes out of golden sand buns, this one was rather pasty and stickier. It still tasted as good, with its salty-sweetness that served as a great conclusion to the meal.

Would I return to Sum Dim Sum any time soon, or at least recommend it as an alternative to other popular dim sum spots? Yes, especially since they open till 1.30am daily, and their prices are competitive.