Summer Hill: This No-Frills Bistro In Clementi Is Changing The Way We Think About French Cuisine

When one thinks about French cuisine, it’s common to associate it with lavish table settings, a requirement for a refined palate and possibly weeks of saving one’s paycheck just to afford the bill.

Thanks to gastro-tourism and the Guide Michelin, these two factors helped to acquaint people with the rich bourgeois and peasant cuisine of the French countryside starting in the 20th century.

Today, however, French cuisine has taken on a new image — one that is as diverse as the people who now regularly consume it, and it’s chefs like Anthony Yeoh who are working tirelessly to introduce French fare as not only approachable, but homely. Speaking with Chef Anthony, who’s previously from Cocotte, it’s easy to be drawn into his fervour of creating quaint French classics for the masses. His new solo venture comes in the form of Summer Hill, a cosy French bistro in Clementi boasting a streamlined menu with a purpose. His establishment is different in that the physical shop serves as a — to crudely put it — culinary showroom, that presents diners with the dishes he’s capable of preparing. He has implemented a takeaway kit for his menu, as opposed to the traditional and more mainstream food delivery system we’re familiar with. When a customer places an order, the kitchen prepares the food up to a certain point. From then on, the food is packaged with instructions on how to finish it at home. The process of completion should not take longer than an hour and the meal is fresher when served, complete with the host’s personal touch.

I asked Chef Anthony, “Why French food?” and his response was that French cuisine is what he’s always done, having a natural affinity for it.

“When I graduated from culinary school, most people were doing modern European cuisine. I wanted to focus on one type of cuisine, to have depth and substance, and French country-style cooking was the most natural for me,” he quipped.

Next, I posed him a question that I already sensed he would have difficulty answering but went along with anyway; “What defines French cuisine?”

After a pensive few seconds, he went on to explain that to him, it’s all about the flavour profile of its dishes. It’s about the herbs it uses and the balance of heavy and light textures. 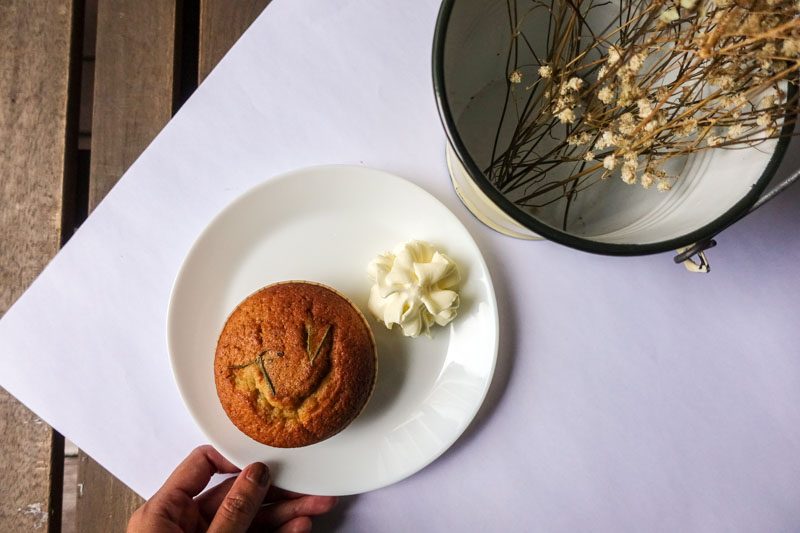 “You’ll find that French food, when you get it spot-on, isn’t always about the butter and the cream, because that’s a very old-school interpretation of French cuisine. When Nouvelle cuisine came along, it became a lot lighter and that’s how I like to cook my French food.”

“For example, my Citrus & Rosemary Olive Oil Cake ($3) has a balance to the savouriness. There’s an understated elegance to it, which French people can detect”, Chef Anthony beamed.

The Chicken That Got Him His Fans

Sharing one of his many anecdotes of the afternoon with us, he recalled a moment back when he was in Cocotte, there was a lady who came up and asked where the French chef was, as she failed to spot any in their team.

When they informed her there wasn’t one, she proceeded to ask if the non-French chef had spent any time studying in France or had formal training under a French chef, and Chef Anthony’s cheeky return was, “Yes, I was there for two weeks!” 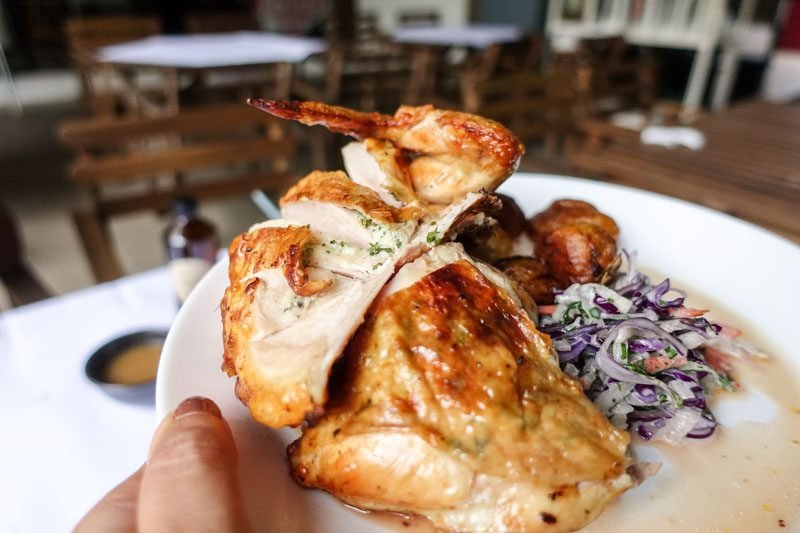 The highlight of our conversation wasn’t just about the business and logistical side of Summer Hill, but it oddly (and humorously) kept circling back to a signature dish of his, the Hormone & Antibiotic-free Birds Marinated With Herb Butter ($23 for half, $45 for whole).

It had to be part of his new place’s menu because he confessed that there has been a slew of people hunting him down for news of where to find this prized dish (after he left Cocotte). But more than that, that particular dish made him realise that food was only a small part of why people keep returning to their favourite restaurants.

“Then it suddenly made sense to me. It meant that it’s more than just the food; it really is a holistic experience when returning diners ask for something different,” Chef Anthony revealed.

He carried on by saying that it’s admittedly tough for a chef sometimes, especially for freshly-graduated chefs, who have this fixed idea of how they want their food to be and how it represents them as a chef. However, they have to learn quickly that that’s not always the reality when it comes to the F&B business.

Since he exuded such confidence in Summer Hill, I prodded to find out which parts of his culinary career he felt like he owed his self-assurance to.

“Just in terms of creating the menu and setting up the kitchen, all that prior experience has definitely come in handy. But it’s also been a journey for me. If I’d done this six years ago, it would be very different, and I’d be really sceptical of myself. Here, as long as I take the time to connect with the diners I’m serving, I should be on the right path,” he clarified.

He believes that humility encourages the ability to take criticism from diners, as some may find particular aspects of dining more important than others.

Like in the instance that a diner doesn’t understand or comprehend a dish or the dining concept, he believes it’s the chef’s duty to better communicate the intended message to them, instead of insisting that the chef’s vision is the be all and end all.

At The End Of The Day, Family First

So far, our afternoon exchange had been all about Chef Anthony’s own motivation to deliver an experience that transcends merely putting food on a plate. I, however, was also curious to find out more about the supporters he grew up with – his family.

He recounted his fondest food-related memories with his grandmother, who he later realised had used the generic Nestlé Toll House cookie recipe to create her well-loved bakes (a la Phoebe’s grandmother in Friends). He also shared with us candid memories of how his other grandmother, who lacks even the most basic cooking skills, showed up to church with a raw whole turkey because she didn’t turn on the oven.

All jokes aside, it was clear to see how his affinity for food isn’t all about technicality and skills; it’s about creating an atmosphere and more importantly, memories for those he cooks for.

As we wound up the session, I just had to slip in one last question, “Who do you want to make proud of your success?” Once again, Chef Anthony’s family was mentioned, in addition to the regular diners who are now familiar with the homely French cuisine, he’s adept at cooking.

“This isn’t a vanity project. It isn’t the be all, end all and there will always be lessons to be learnt as I go on this journey,” he concluded.

Pop by Summer Hill to get casually acquainted with some delicious French dishes – you’ll definitely see a whole different side to this fine cuisine.