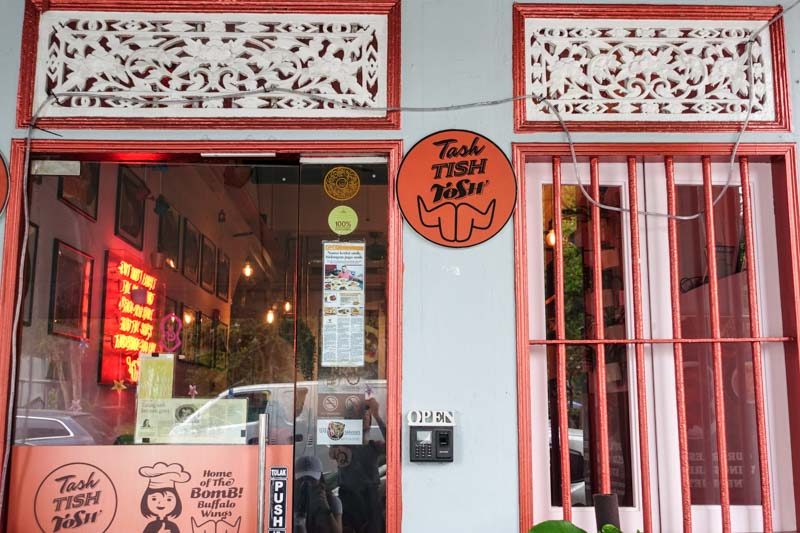 In an area (Kandahar Street) that is teeming with halal establishments, Tash Tish Tosh sets itself apart by serving Malay-inspired American cuisine — something I’d never heard of before.

Wahid’s idea was sparked when nostalgia hit him while he was living in the U.S., and he craved the flavours that reminded him of home. Fast forward to today, his establishment is constantly filled with hungry diners who make their way from the nearby mosque, and naturally, he feels very blessed. 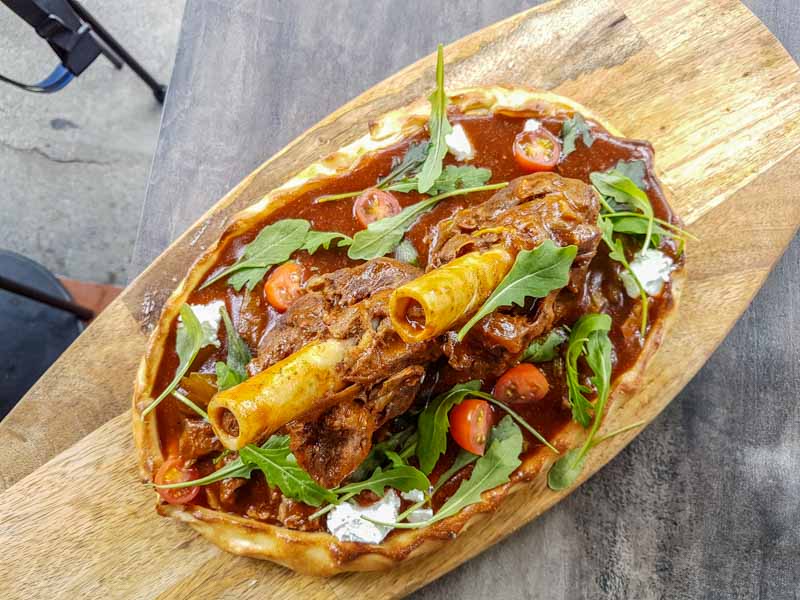 Our first dish was an impressive platter of the Battleship ($19.90), best of three worlds with Tashookah, Toolang and its original pizza dough in one dish. I was earlier briefed, that my perception of their version of the local favourite tulang should not be a benchmark of what they serve; they are not aiming to replicate, but to create a name for themselves.

A spoonful of the gravy immediately made me understand what he meant. It was much richer, more savoury and carried a lot more depth than the lava red dish we’ve come to be so familiar with. In fact, I dare say, Tash Tish Tosh’s interpretation is way better.

The meat, oh the meat, is delightfully tender, delicate and falls off the bone effortlessly. And for the marrow? It’s a mix of custard and jelly, making it easy to consume with or without a straw. 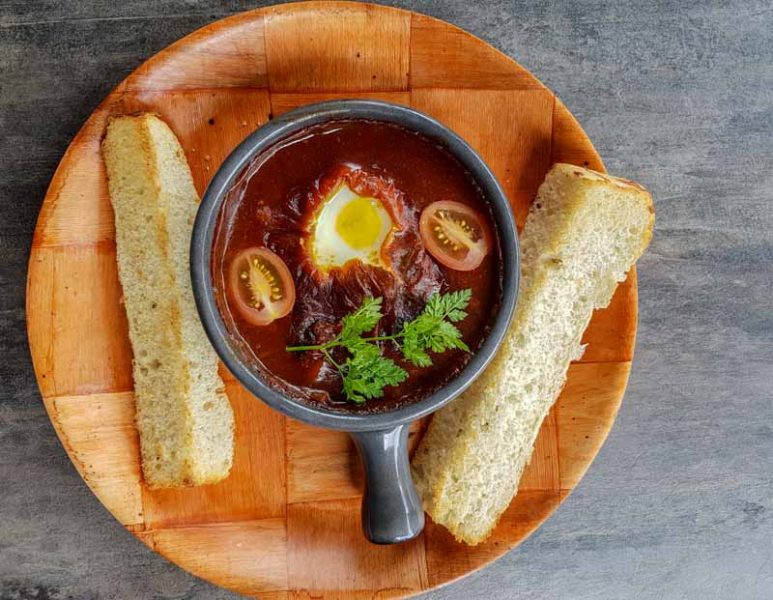 The next one was the Tashookah ($10.90), beef chunks in Toolang gravy with a runny egg crown. If you’re terribly addicted to the toolang sauce, this dish will inexplicably satisfy your thirst for it.

The runny egg does add another element of fattiness to it, which some may find unappealing, especially if you’ve already ordered way too many dishes. But, still, it’s hard to stop at just one helping. 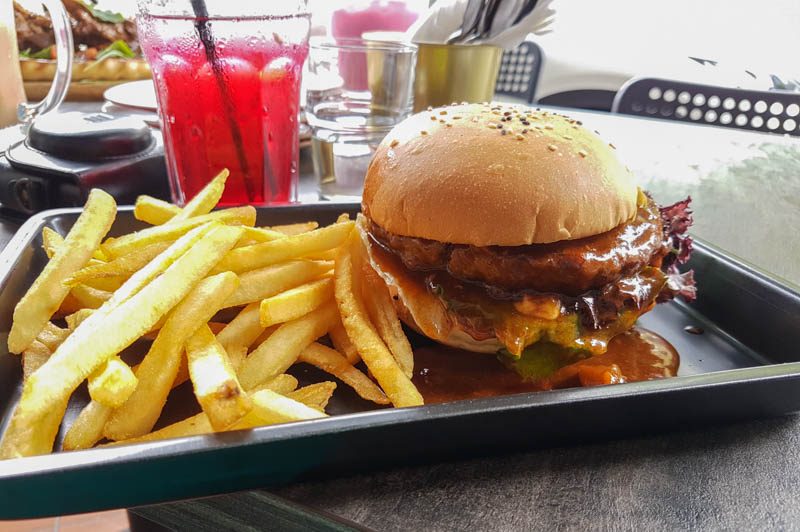 Want a no-fuss portion of the delectable sauce? Then go with the Macho Burger (Specialty) ($14.90). It packs in all the same flavours but is served in a more manageable and approachable version, for those not familiar with maximising the experience of eating tulang.

For someone who isn’t against using her hands when eating, I’d much rather stick with the way tulang was intended to be enjoyed — apologetically messy and involves a lot of sucking. 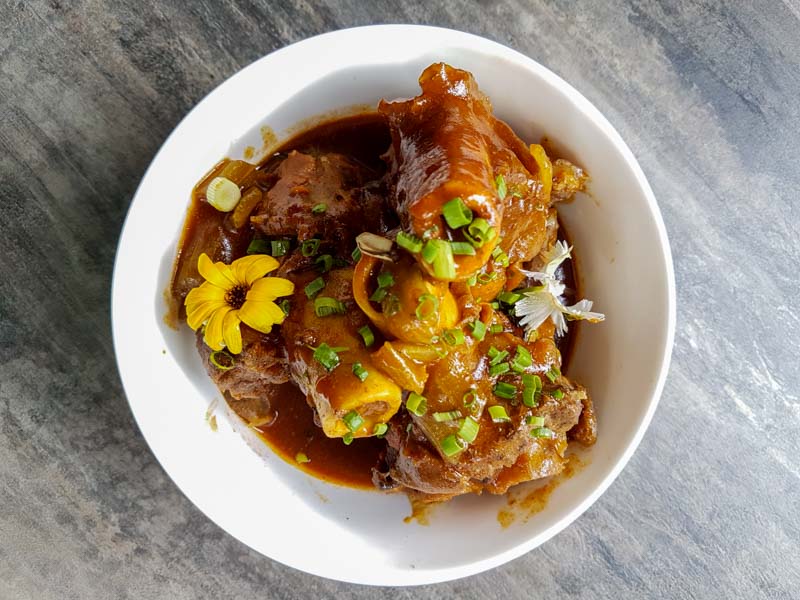 Our last dish was the simplest, the Tash Toolang Stew ($16.90), mutton bone marrow baked in an original stew with local herbs and spices. You can add extra gravy or extra bread for $3 or add extra Toolang for $5.50 per piece.

If you aren’t a fan of fusion recipes, or just want to skip on the carbs (so you can indulge in more tulang), then go for this that is generous in size and in flavour.

I’m not one to rave about halal establishments, mostly because I have yet to find one that gives me crazy cravings to return. But this place gets my stamp of approval, which is a lot to be said.

Just a heads up, come with an empty stomach, and open mind and ditch that pre-conceived idea of what tulang should be and you’ll be amazed.