The heartlands of Ang Mo Kio are well-known for having a myriad of hawker food. However, hip little cafes like The Workbench Bistro are also no stranger to the neighbourhood. Known for their creative fusion dishes and value-for-money desserts, the cafe has just revamped their menu! You can try an entire range of new creations which are now available. Think Ma La Wings, Purple Sweet Potato Latte and an intriguing 忘不了 Waffle! 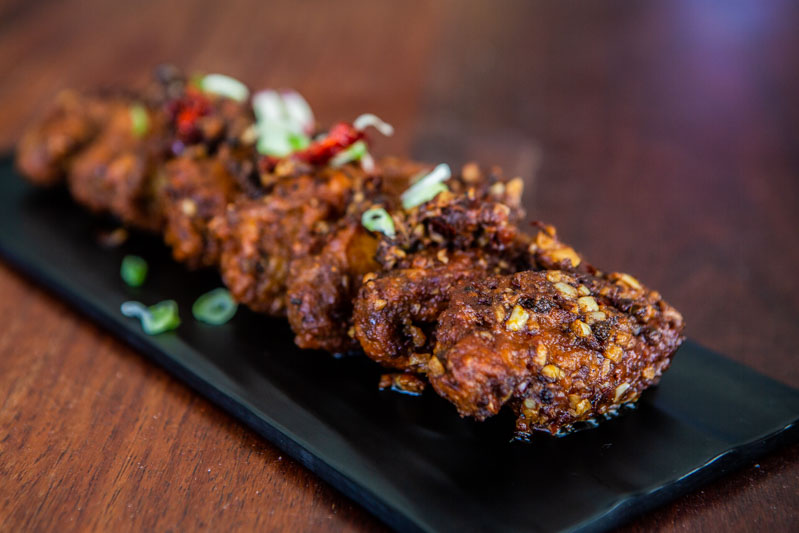 The devilish reddish-brown hue on their double-fried Mala Wings (S$13.90) got me slightly nervous initially. I could feel my stomach churning just looking at the specks of peppercorn and dried chilli clinging onto the wings. 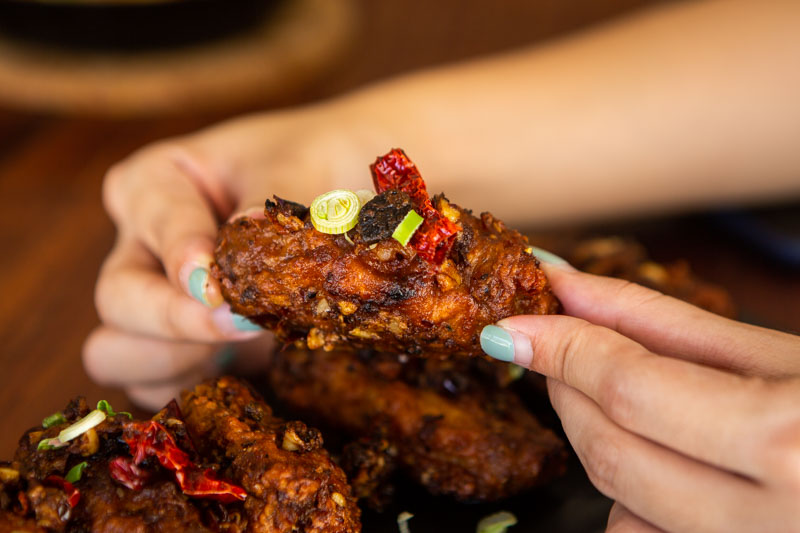 That said, however, the juicy wings didn’t turn out as spicy as we were expecting. While the peppercorns inflicted a numbing sensation on my lips, there wasn’t a very strong spicy flavour.

For someone like me who can’t handle spice that well, it was perfect. But for full-on ma la lovers, I reckon it’ll just be a walk in the park. 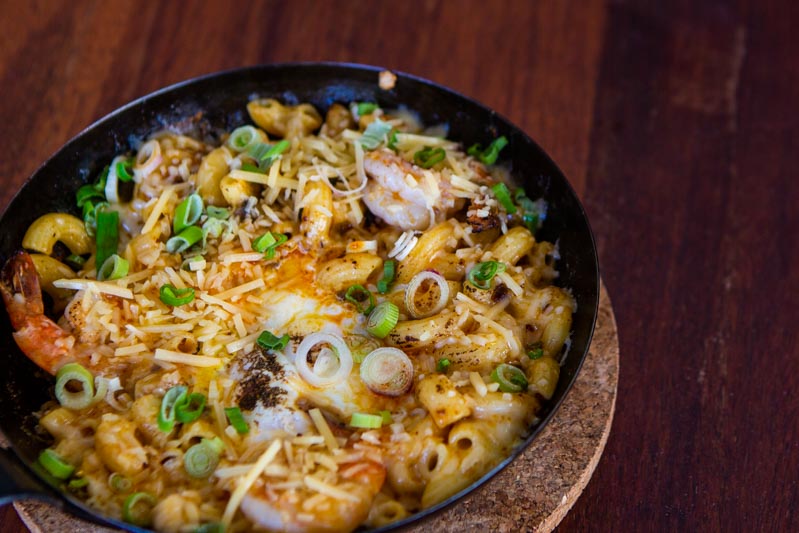 In addition to the wings, The Workbench Bistro has also come up with a Mala Mac & Cheese (S$16.90). We’ve been huge fans of their standard Mac & Cheese all along. Yet, adding ma la into it simply took it to another level. With the stringy and salty melted cheese, the spicy ma la added another dimension of flavour to the dish. Together, they made for a lively and unstoppable party of flavours. 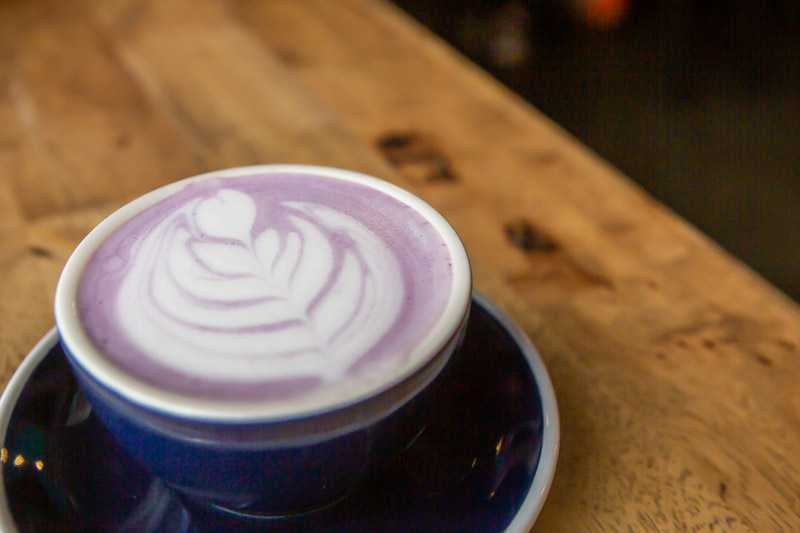 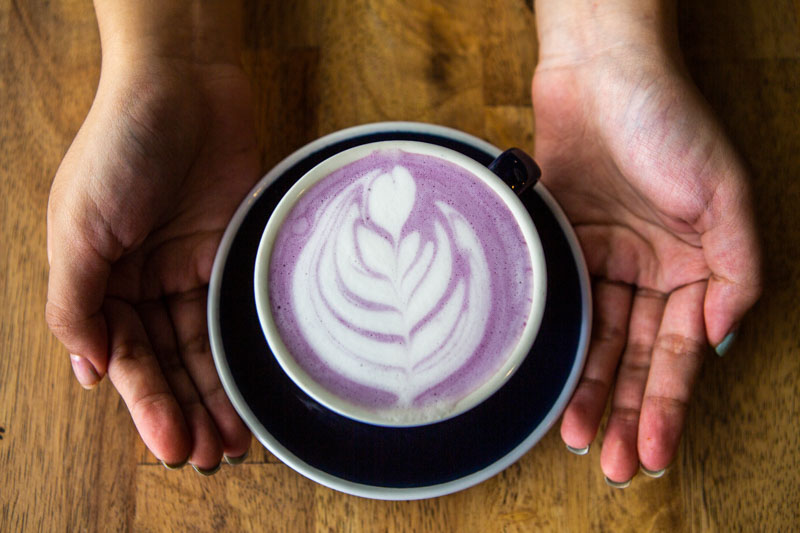 As its name suggests, the warm drink had a dreamy purple hue. However, we weren’t expecting it to be so soothing and rich. It had a subtle decadence which lingered on after every sip. Not only that, but we could also pick out earthy notes from the sweet potatoes. 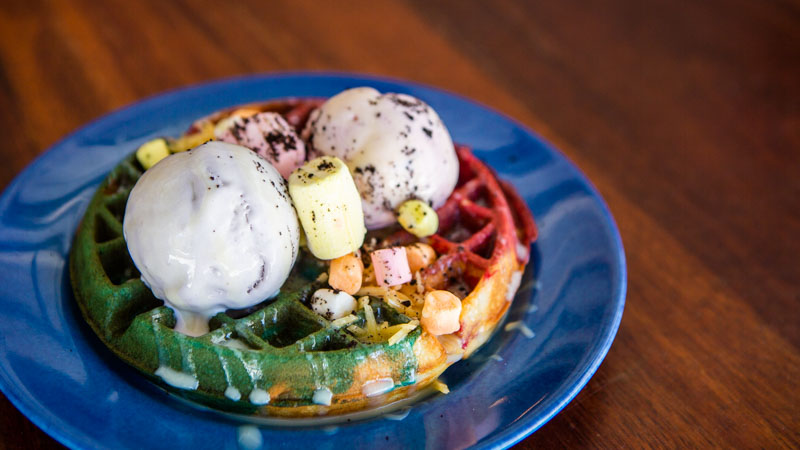 For desserts, The Workbench Bistro is introducing this one-of-a-kind 忘不了 Waffle (from S$9.50). Half red velvet and half blue velvet, the waffle came with marshmallows, condensed milk and grated Parmesan cheese! You can also choose to add on scoops of ice cream as we did. For one, the waffle was crusty on the outside, and soft and dense on the inside. While the condensed milk added a touch of sweetness to the dish, it was the cheese which sealed the deal. We completely didn’t expect something so savoury to go so well with something so sweet.

The Workbench Bistro has been receiving steady streams of customers since day one, so they must be doing something right. I’m definitely returning for their unique and delicious food!