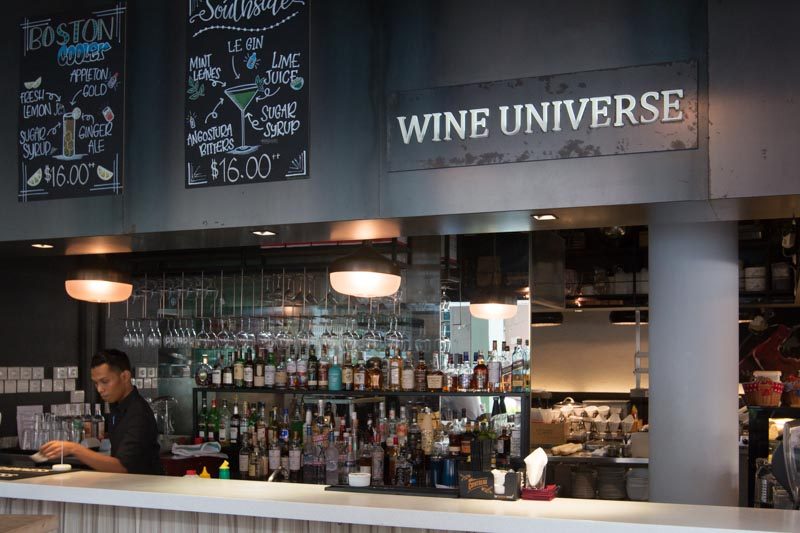 Wine Universe is a Swiss restaurant in Millennia Walk that’s been around for over eight years, so I was rather surprised to note that it’s not as popular on social media as I thought it would be – any restaurant featuring authentic Swiss cheese fondue and free-flow raclette should have taken the F&B scene here by storm! 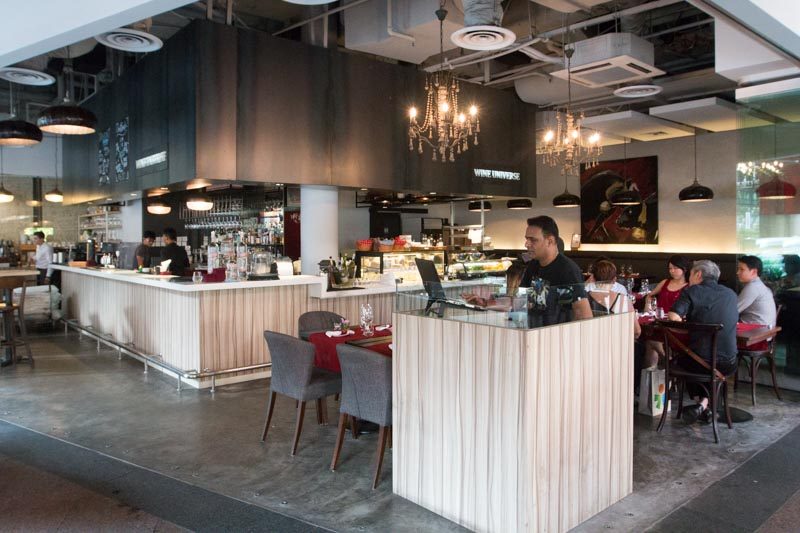 One serving of raclette is $13, so to squeeze the most value out of the Free Flow Raclette ($55), you’d need to eat at least four plates. Only serious cheese aficionados could eat that much without lapsing into a serious food coma though, but we tried our best anyway. 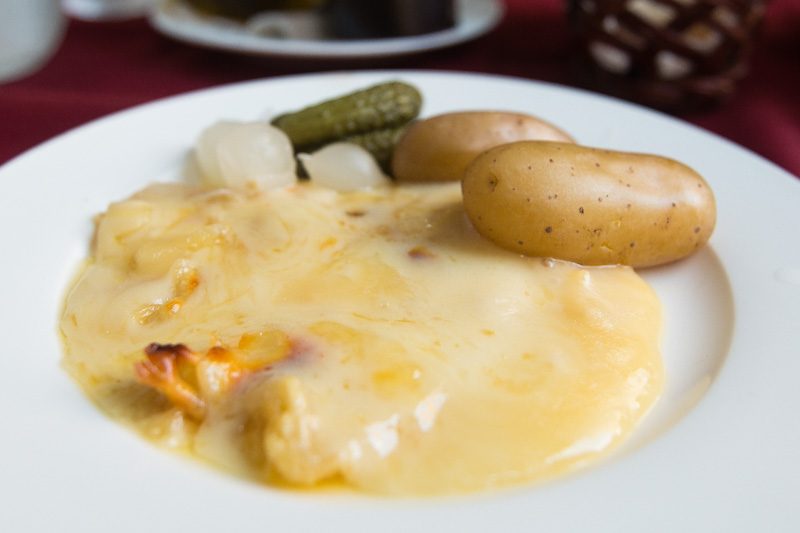 You can be assured that you are only getting quality raclette cheese at Wine Universe, as the cheese wheel is directly imported from Switzerland. Also, the cheese is made from raw milk, so it is a lot more sharp and flavourful than most other raclette cheeses, which are pasteurised. 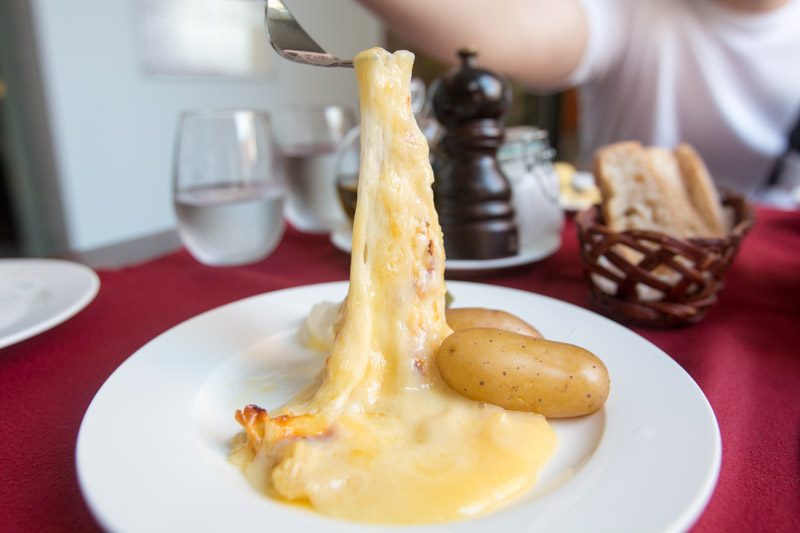 I am a fan of the strong taste and aroma of the raclette at Wine Universe. It was heavy, but not too salty, and had a slight pungent aftertaste that I enjoyed. However, it was really unfortunate that the raclette was served partially solidified, causing it to have a bit of a rubbery texture.

No matter how tasty the raclette is, the experience is sullied if it is not served melting and hot. I’m guessing this was a one-time thing though, and I’d be down for coming back and trying it again. 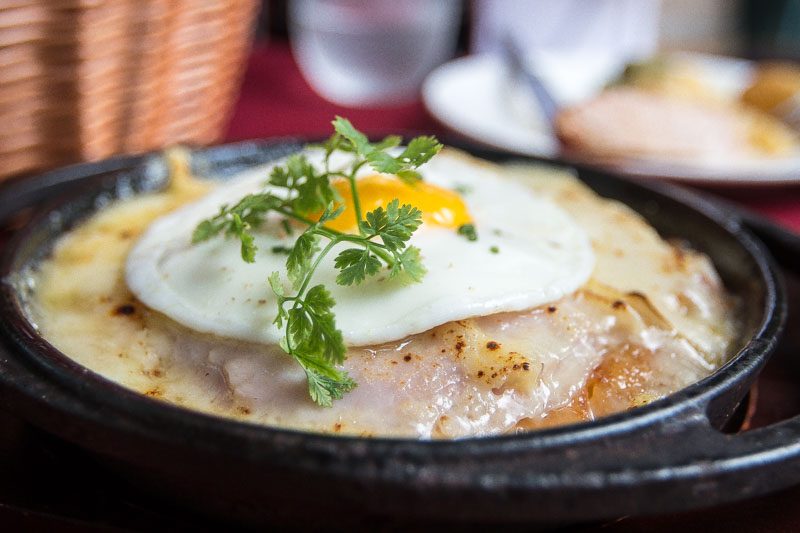 The Matterhorn Rosti ($23) fared much better than the raclette in terms of texture. This rosti is loaded with cheese, ham, and an egg that’s cooked sunny side up. 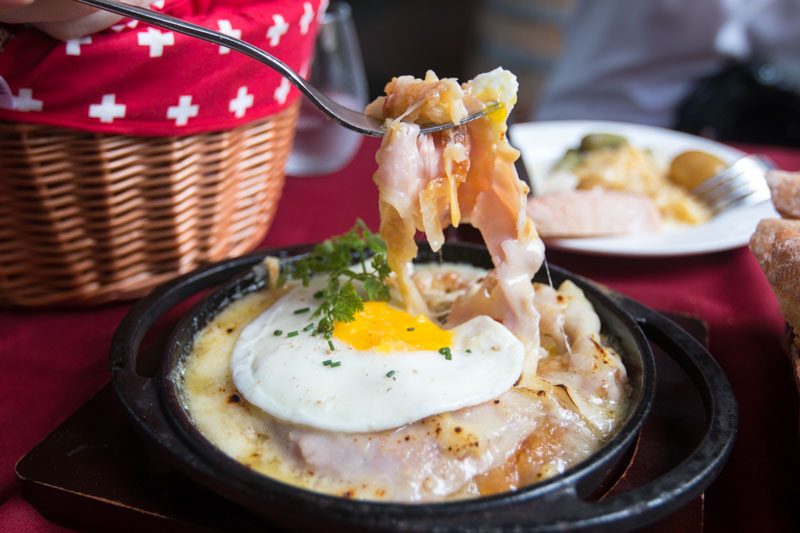 The cheese in the rosti was stringy and coated the thickly shredded potato well. The potatoes were tender without being too soft and tasted great with the fried egg and ham. You really can’t go wrong with potatoes, egg and ham. 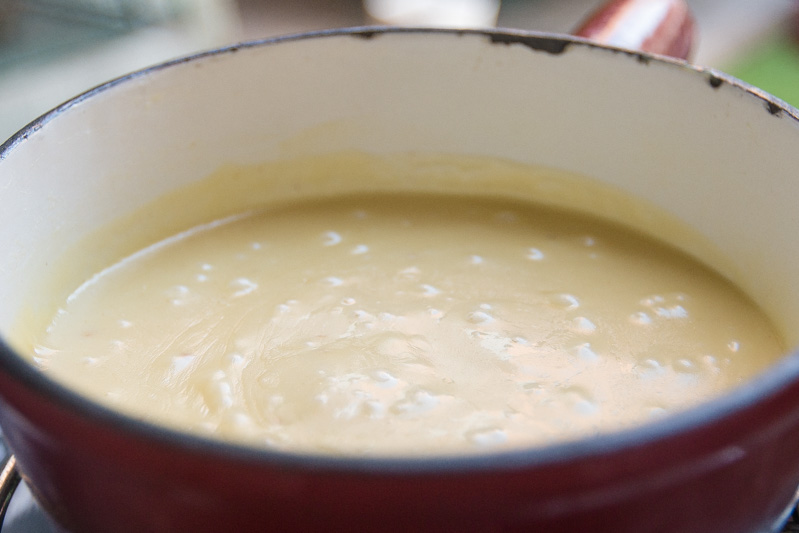 The La Fribourgeoise ($29), or cheese fondue, was served in a fairly large pot with a fire lit underneath it, sending bubbles rising throughout the thick cheese. 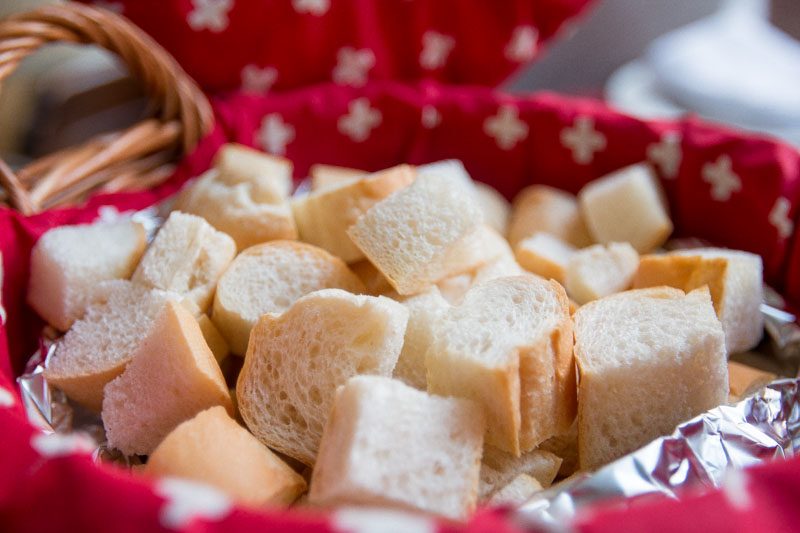 The fondue was also accompanied by a picnic basket of freshly made bread that was still hot. The bread was fluffy and soft, and the crust was perfectly crispy. I could have gone on just eating the bread alone. 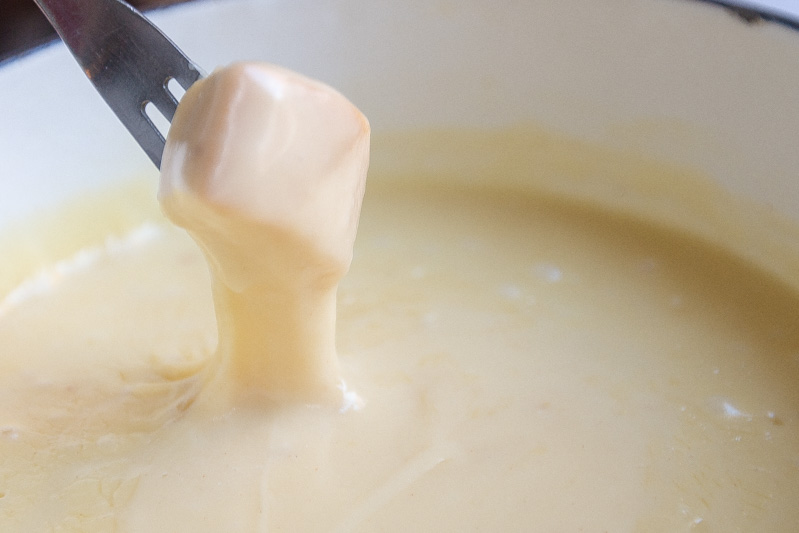 The fondue is made of both Vacherin and Gruyere cheese. It was thick, creamy and went well with the crusty and soft bread. It was not too mild, and had a surprisingly sour aftertaste which grew on me. 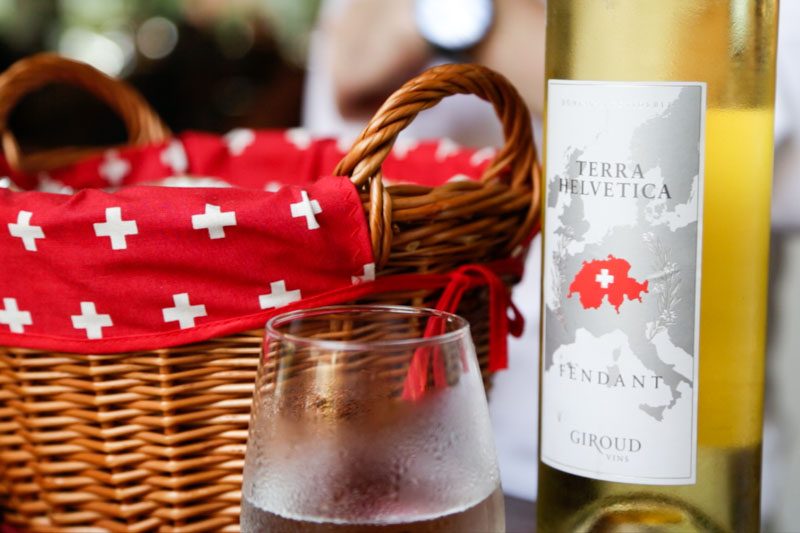 The sour aftertaste is balanced out when paired with a glass of Terra Helvetica Fendant 2012 ($15), that is made from Chasselas, Switzerland’s national grape. It is a crisp, light-bodied wine with low acidity that provides momentary respite from the cheese fondue, should it get overbearing.

I came to Wine Universe for the authentic Swiss cheese dishes, and I left in a bit of a food coma because of how indulgent everything was. Perhaps stick to one or two cheese dishes and I highly recommend the cheese fondue, La Fribourgeoise, as it is of a high quality and is certainly worth your money. At $29, it could certainly feed four to five people.

If you have any friends who absolutely love good cheese, you should definitely invite them to a meal at Wine Universe.

Previous articleCoffee In A Cone — The “World’s Most Instagrammable Coffee” Is Now Available In Singapore At The Coffee Academics
Next articleHi-Chew Grape-Flavoured Candy Gets Revamped Into Ice Cream Bars Available In Japan From 29 May ’17!