Having visited the annual Geylang Serai Ramadan Bazaar just last week, I came to the conclusion that that heat and crowd was only worth it with the company of your friends and family. 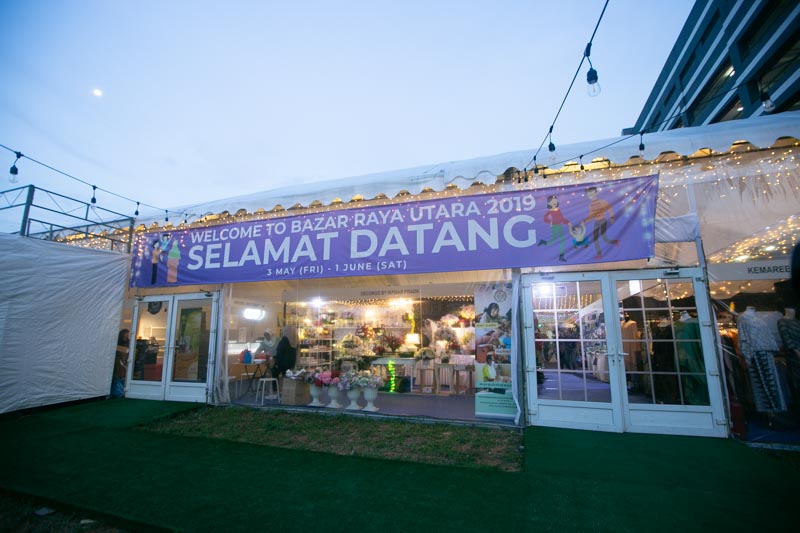 While the food and drinks you get have been becoming increasingly trendy in the coming years, we figured that you could get them at the other bazaars around the island without drowning in the sea of people.

We headed down to the Ramadan bazaar at Woodlands, the Bazar Raya Utara 2019 to prove our point. From now till 1 June 2019, we’re sure you’ll be surprised how you’ll get everything you crave for at Geylang Serai here in Woodlands. While some of the retail shops are open from 11am, the food stalls open a little later in the afternoon. 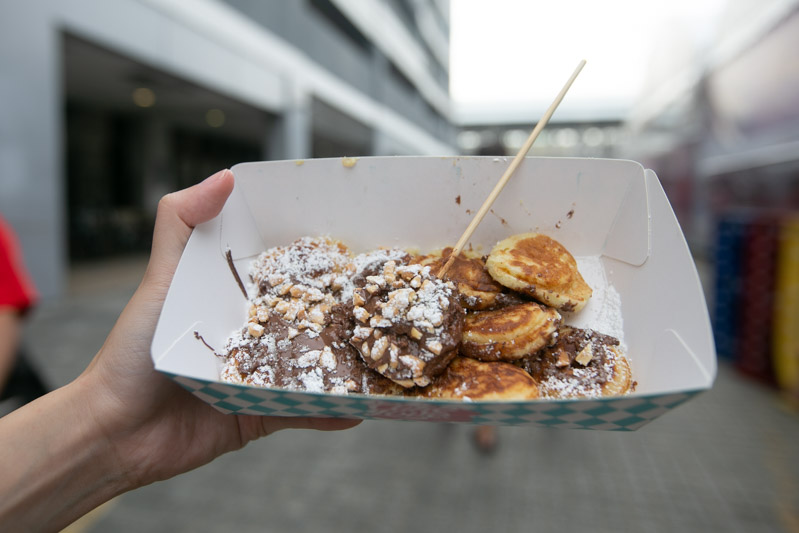 Small bites are always something we crave; try Dutch Baby Pancakes (S$5/S$6) which comes with both sweet and savoury flavours. It was difficult to choose between Cookies & Cream (S$5) and Nutella (S$5), but we eventually went for the latter.

The tiny soft and fluffy pancakes were doused in nutella, peppered with icing sugar and sprinkled with nuts. If you prefer your pancakes savoury, we hear their Salted Egg Yolk (S$6) is worth a try. Vadai is probably something you’ll find at all the pasar malam’s (night markets), but we know some stalls do it better. At Woodlands’ Bazaar, there are two stalls, Mr Vadai and The Original Vadai. Having tried the latter at Geylang, we went for Mr Vadai this time. 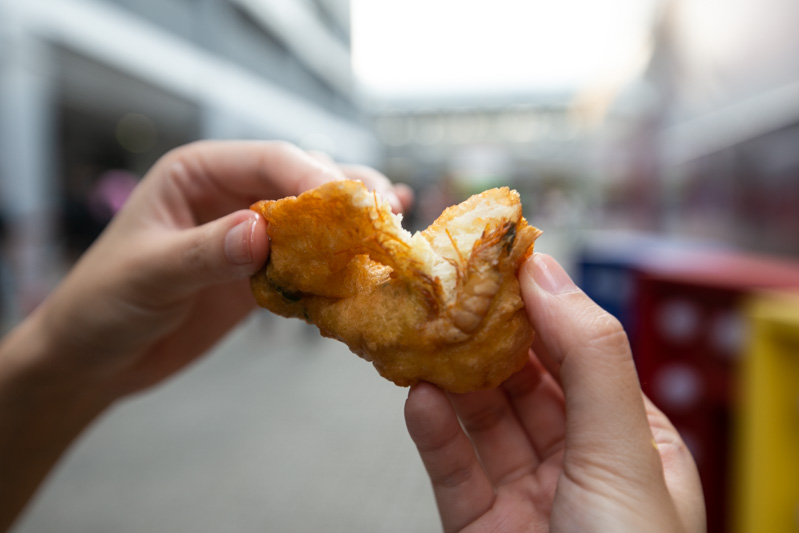 We bought the most popular item, Prawn Vadai (S$6 for 10). Though piping hot when we dug into it, it was not as crispy as we would’ve liked, as it was a little more doughy.

But I must say that it was still rather tasty nevertheless. If you’re on a bit of a budget, you could go for the vadai at The Original Vadai, with Mini Vadai (S$2 for 10) at a very economical price. For a snack to munch on, we reckon a bag of deep-fried Chicken Skin (S$3) at Mr Vadai’s. Everyone loves Broti and for the uninitiated, Broti serves up freshly brewed ice teas and sodas that attract an unmistakable snaking queue. It’s one stall that you’ll be willing to queue up for.

If you don’t fancy regular tea and still prefer your bubble tea, there’s another bro down the block to get you that fix. Milk Bro is Singapore’s first flaming bubble tea, and truth be told we were a little disappointed to find out that ‘flaming’ meant being blowtorched. 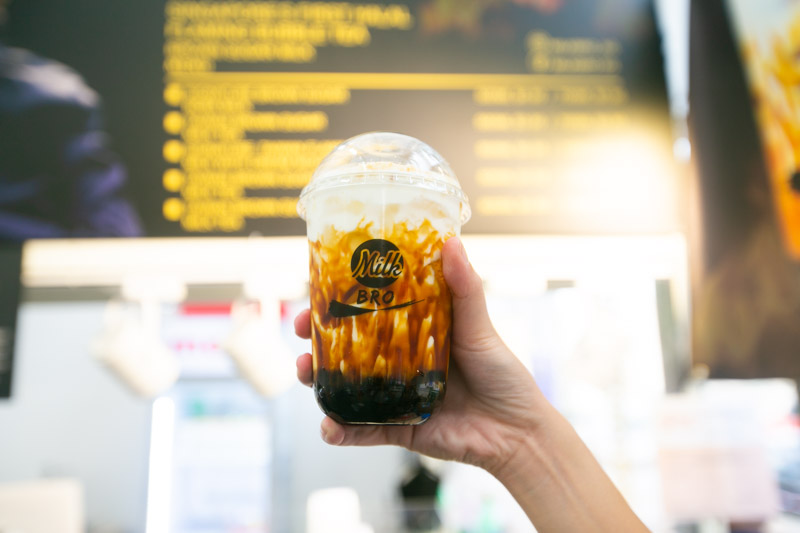 Nevertheless, their Signature Taiwan Flaming Boba Milk With Cream Mousse (S$5.90 for 500ml, S$6.90 for 700ml) was definitely one of the better brown sugar fresh milk drinks I’ve tasted. There was a distinct caramel flavour in the chewy pearls, while the drink itself was creamy and not overly sweet. Though there are few tabletops available for you to stand and eat, we’re sure nothing beats eating in the comfort of your own home.

Be sure to tabao dinner home from one of the stalls selling affordable mains. Special mention to the stall Ku-makan, with their different variations of laksa like their Asam Laksa (S$4.50), Laksa Lemak (S$5) and their Laksa Special (S$5.50). Unlike most of the other bazaars, the shopping section is at Woodlands’ is actually air-conditioned; so rest assured you can do your Raya shopping fuss-free without a sweat.

We definitely recommend skipping the Geylang crowd, especially if you live in the North area! Other noteworthy mentions you may be looking out for include Chulops, Beef Bros and the well-loved Ramly burger.

You pretty much get the same things here at Woodlands as you would at Geylang, except with a smaller crowd.