I love Thai food, with phad thai being one of my favourite dishes. Unfortunately, I’ve never exactly stepped out of the basic Thai food realm to try out other offerings. When I was driving past Upper Serangoon Road the other day, Yaowarat Thai Kway Chap caught my eye. Thai kway chap? I was all for trying out something new. Hence, I decided to make my way down to satiate my curiosity. I really liked how Stanly, the owner of Yaowarat Thai Kway Chap, tried to replicate the same vibes of Thailand food stalls. It was simply decorated with metal tables and stools. But, the biggest difference was the comfort. With it being air-conditioned and very clean, it was a pleasant ambience which I appreciated. 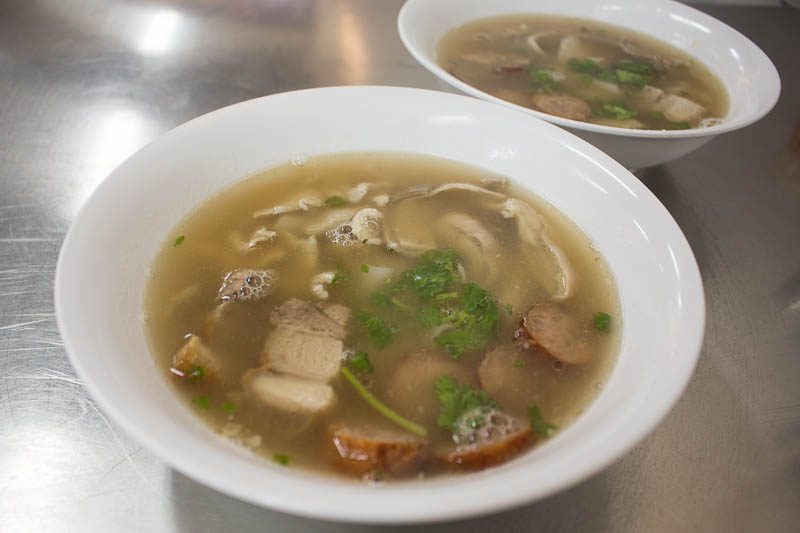 Of course, we had to start with their Signature Thai Kway Chap (S$5). It was a huge bowl, with all the ingredients swimming inside. This was different from the kway chap I’m used to, where the ingredients are served separately. 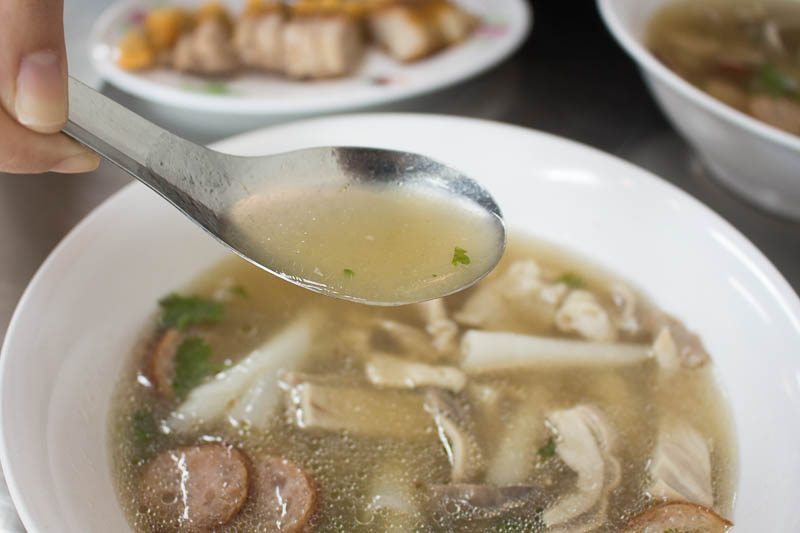 Sipping on the clear broth, a wave of familiarity washed over me. It reminded me of bak kut teh soup, but a less intense version. It was light and peppery, which made it very addictive and comforting. 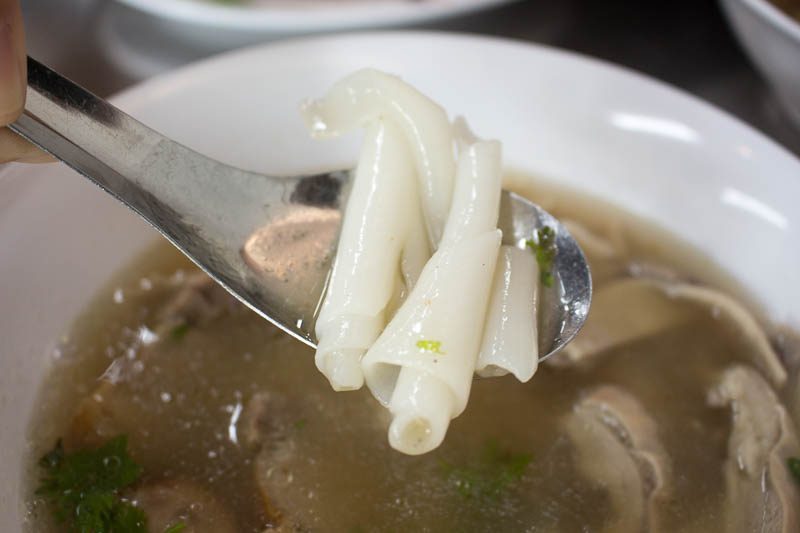 The kway in the Thai version differs slightly from what we are used to. The rice noodle sheets curl up upon cooking, which made eating it much easier. It was still soft and silky smooth, whilst the rolled up texture still gave it a nice bite. 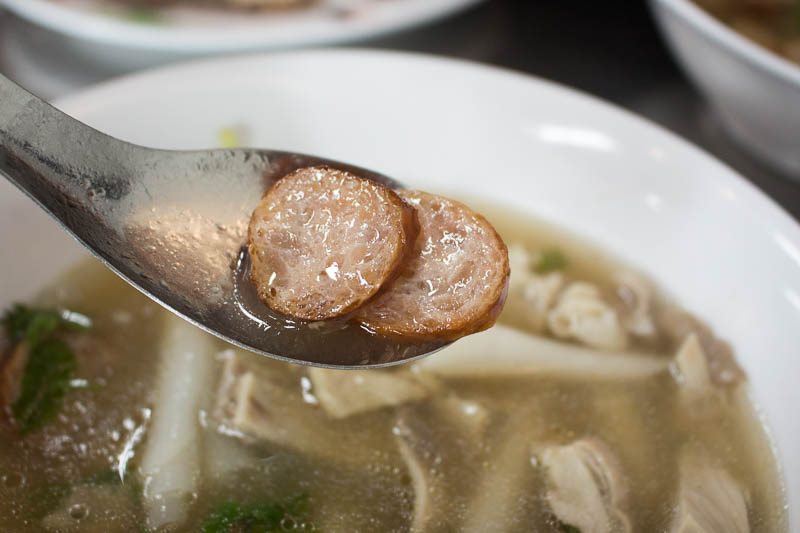 My favourite component of this dish was definitely the Thai fish sausage. I liked it so much I was so tempted to get an entire side of it. It looked like lap cheong, but tasted much better in my opinion. Not only did it have a good balance of both sweet and savoury, but it also had a nice chewy texture.

The more I bit into it, the more depth of taste I could taste from the chunky slices of coin-sized meat. The addition of this in the soup also added a nice touch of sweetness to bring out more flavour. 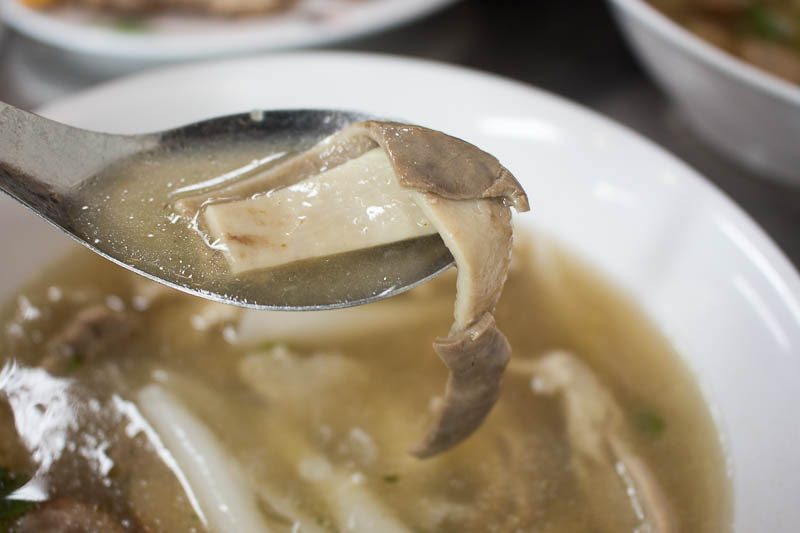 I’m not a big fan of offals but I can attest that the pig stomach was well cleaned. There was no gaminess to it at all. It also came with slices of lean meat as well as roast pork, which made for a very tasty meal. 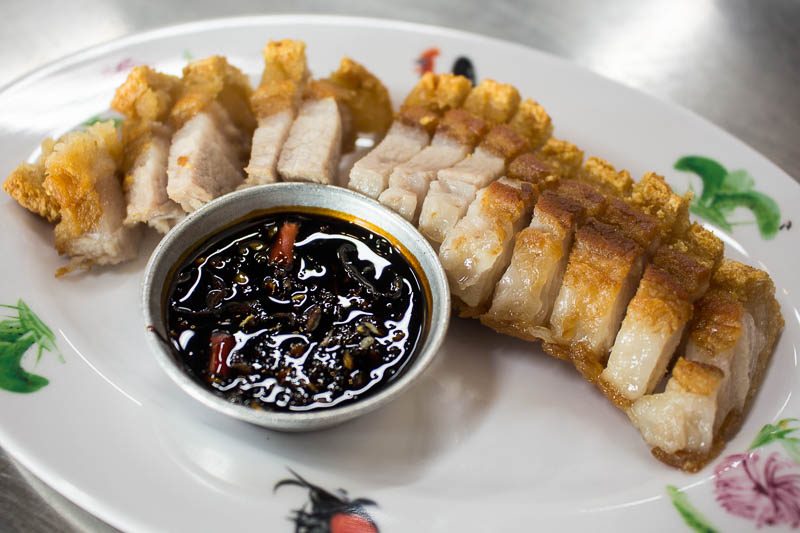 Speaking of roast pork, I had to try their Deep-Fried Pork Belly (S$6/S$8/S$10). The ones in the soup were absolutely delicious despite being soaked for a pretty long time. Hence I had high expectations for this, and I was definitely not let down. 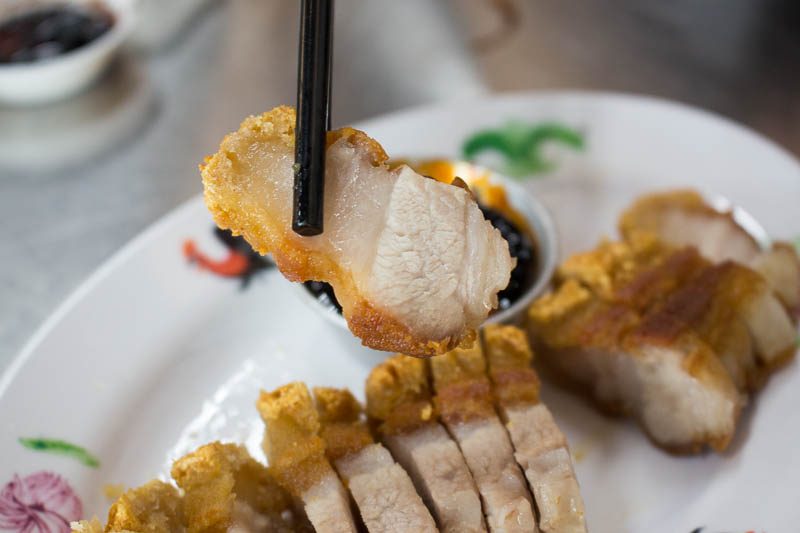 Each piece of pork belly was thick, with a perfect fat-to-meat ratio. Served piping hot, the edges were crisp while the skin was crunchy and surprisingly not too oily. As I bit into it, I was awed by the layers of texture.

From the crackling skin to the melt-in-the-mouth fatty portion and the tender meat, it was so good. They also nailed the taste; well-seasoned and flavourful. 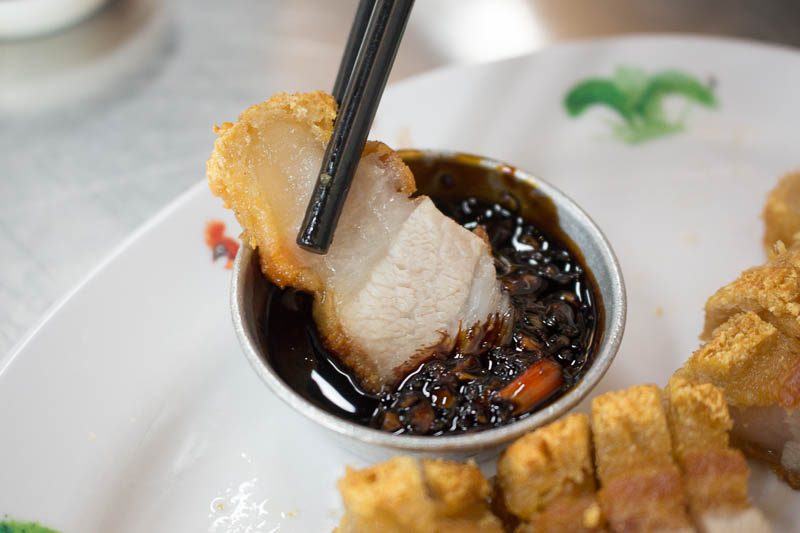 As if that wasn’t good enough, the dark sweet sauce that came with it further elevated the flavours. It was garlicky, spicy and sweet all at once. This helped cut through the predominant saltiness of the pork belly. 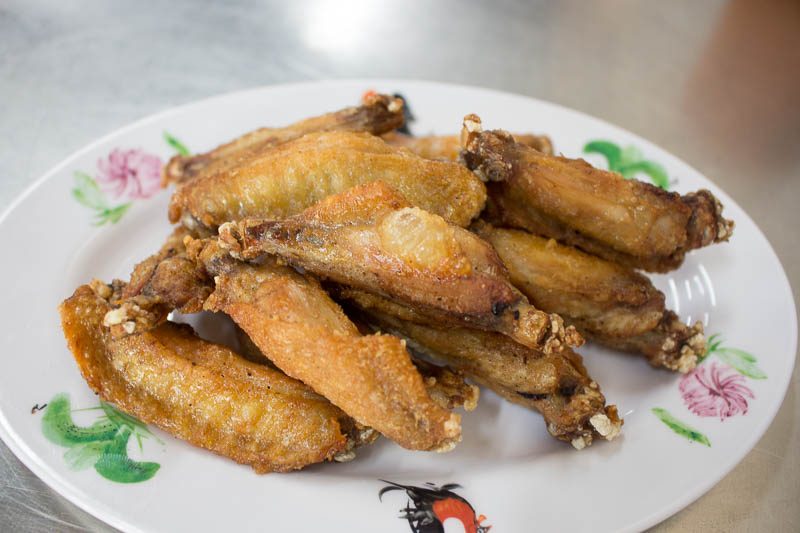 We also got the Thai Mid Wing (S$6/S$8/S$10) which were recommended to us. These were just alright, with a relatively crisp exterior and succulent meat within that was easy to get off the bone. Undoubtedly it made for a pretty good sharing side, but there wasn’t much to shout about. 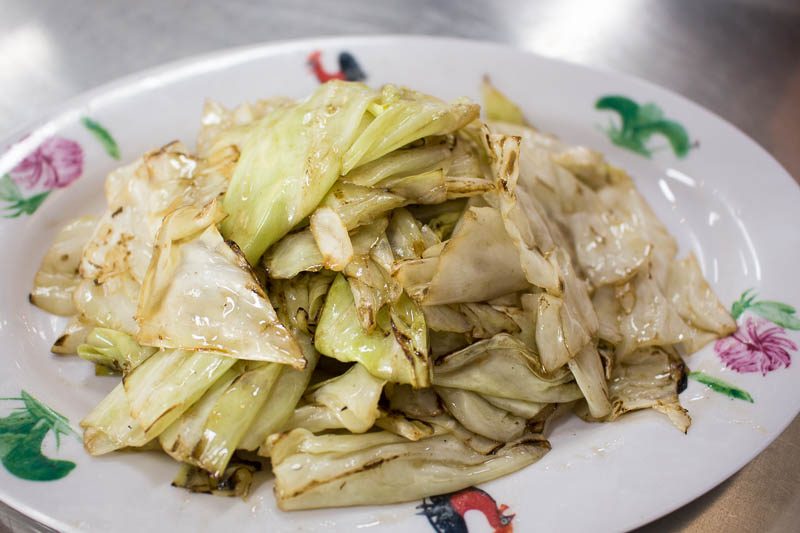 The last thing we got was the Thai Stir-Fried Cabbage (S$5). It looked simple, but tasted absolutely delightful. The wok hei was immense, woven between every piece of cabbage. Cooked with fish sauce, it was very fragrant and flavourful. This is the epitome of a simple dish done right. The lightness of the dish also helped to cleanse the palate, which made it very appetising. My dining partner and I were very impressed by the food at Yaowarat Thai Kway Chap. Despite the low price point of their offerings, they were of substantial quality and quantity. The Signature Kway Chap and Deep-Fried Pork Belly, in particular, were so satisfying.

They also serve homemade drinks, which were both authentic and refreshing. We agreed that Yaowarat Thai Kway Chap would be a place we would return to often. Especially since they close at 2am, this would make a comforting supper spot too!

Previous articleSamyang Released New Spicy Chicken Gimbap For Spicy Noodle Fans Now Avail
Next articleYour Steamer Basket Is Written In The Stars: What Type Of Dim Sum Are You According To Your Star Sign?