Claypot rice is a dish that my family used to go out for every other week. It’s very nostalgic to me, since I grew up eating it.

Though it’s a heartland dish, there’s a particularly popular claypot rice stall in Golden Mile Food Centre. I decided to head down to see what the hype was all about. 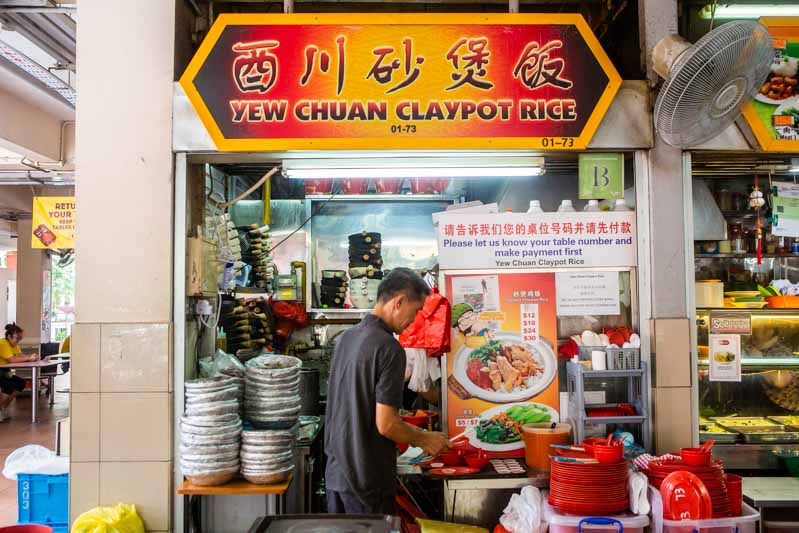 A husband-and-wife couple currently runs the stall and they’ve been in business for about 17 years now.

While working for another stall, the owner learnt how to cook claypot rice as his children loved the dish. Eventually, after perfecting the dish, he ventured out to open his own stall.

Unlike many other claypot rice stalls out there, Yew Chuan Claypot Rice only serves one type of claypot rice. Their Claypot Chicken Rice 沙煲鸡饭 (S$6/S$12/S$18/S$24/S$30) comes in many different sizes, ranging from portions for one person up to a large group. As I watched the owner’s wife prepare mine, I noticed she was adding in the ingredients without any measurements. Only years of experience can achieve this level of mastery! They first cook the rice with water in the claypot over a blazing-hot charcoal stove. 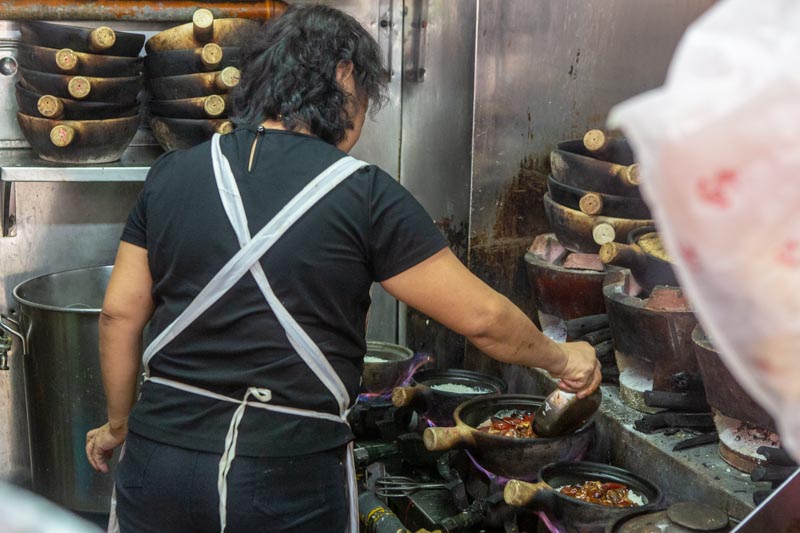 After a while, they add the other ingredients, which include chicken, lup cheong (Chinese sausages) and salted fish, into the claypot. They then leave it to cook for a while longer. After the dish is fully cooked, they top it off with vegetables and serve it. 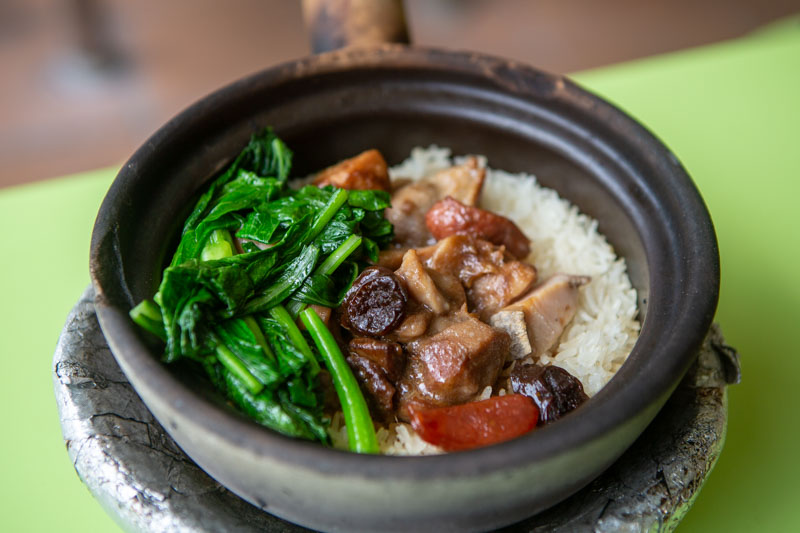 I must say that, for S$6, the portion was extremely huge for one person.

Underneath the generous portion of meats and vegetables was a mountain of rice. As always, you can season your claypot rice to your liking with the black sauce and flavoured oil they provide. Since I love the sweetness of black sauce, I didn’t hold back on it. 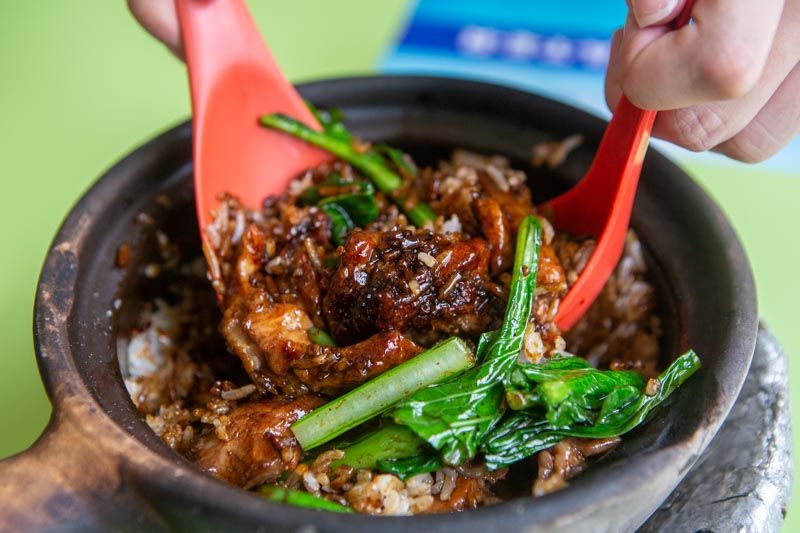 Mixing everything together, the ingredients sizzled away spectacularly in the claypot. It was certainly music to our ears, I’ll tell you that! 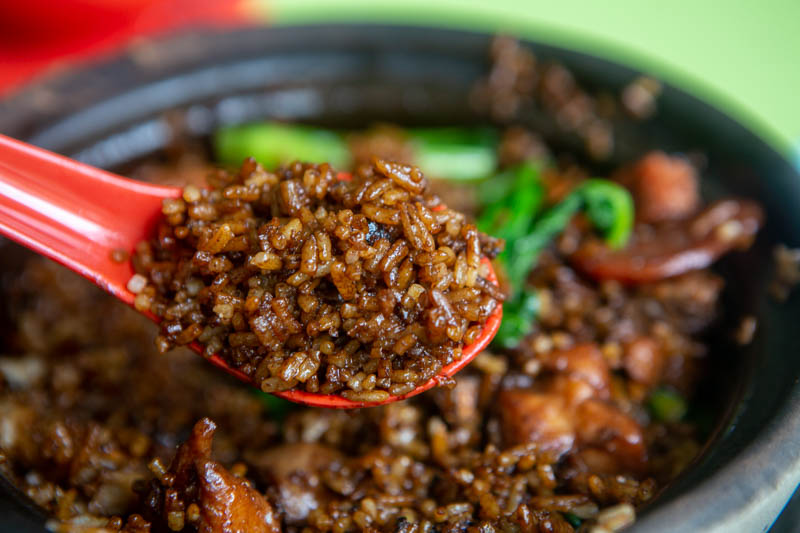 The rice was super fragrant and we could taste a profoundly smoky flavour in it. Only cooking the rice over a charcoal stove can achieve this sort of flavour profile. Not to mention, the burnt bits of rice at the sides of claypot were simply irresistible. Their crispiness added another layer of texture in every bite.

Also, they had a slightly bitter flavour that contrasted well with the sweetness of the black sauce. 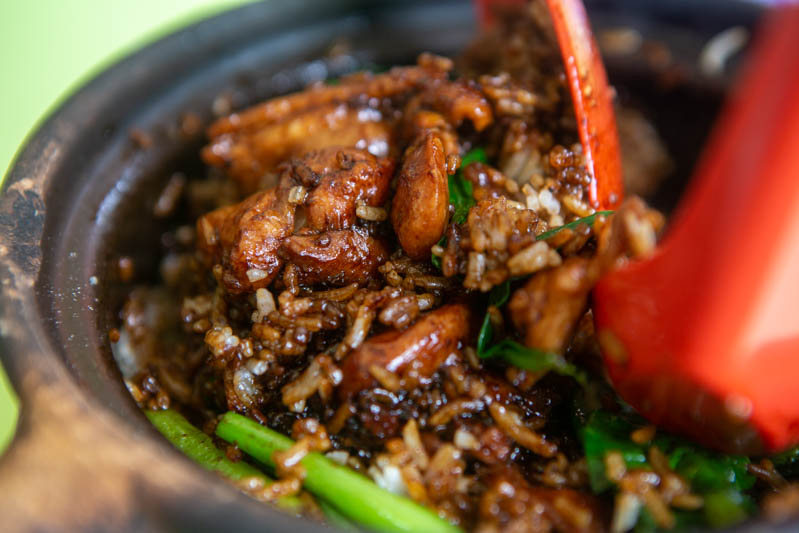 That said, however, the star of the show was indisputably the chicken meat. First of all, the chunks of chicken were unbelievably tender, falling apart as we mixed the ingredients. 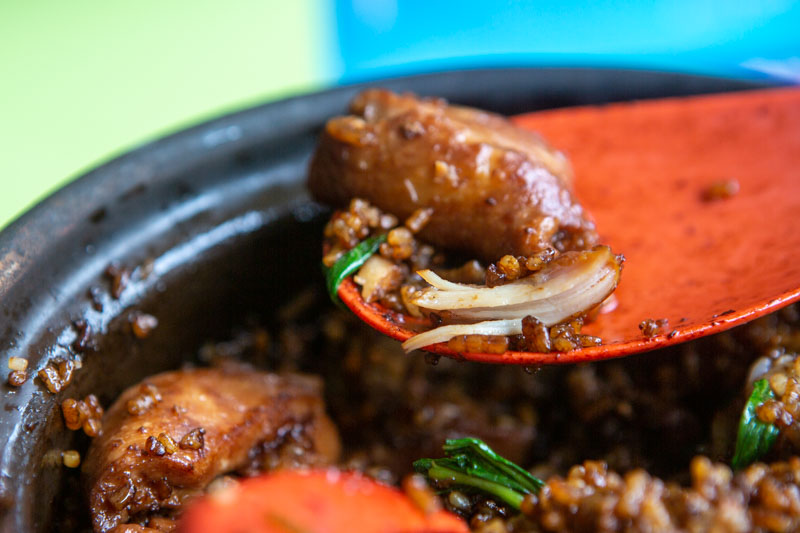 They were also well-seasoned, and a perfectly salty flavour had infused all the way into the juicy meat. I’m guessing there’s a secret recipe behind the chicken marinade as the owners didn’t give away much. 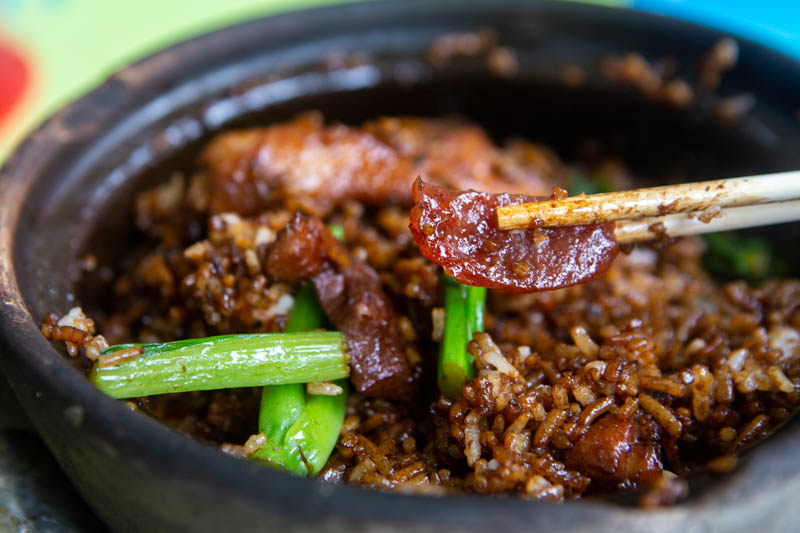 Another key ingredient in any claypot rice, in my opinion, is the lup cheong.

Yew Chuan Claypot Rice includes two different types of lup cheong in their dishes. The first is the usual one with a red hue, whereas the other is chunkier with a darker hue. 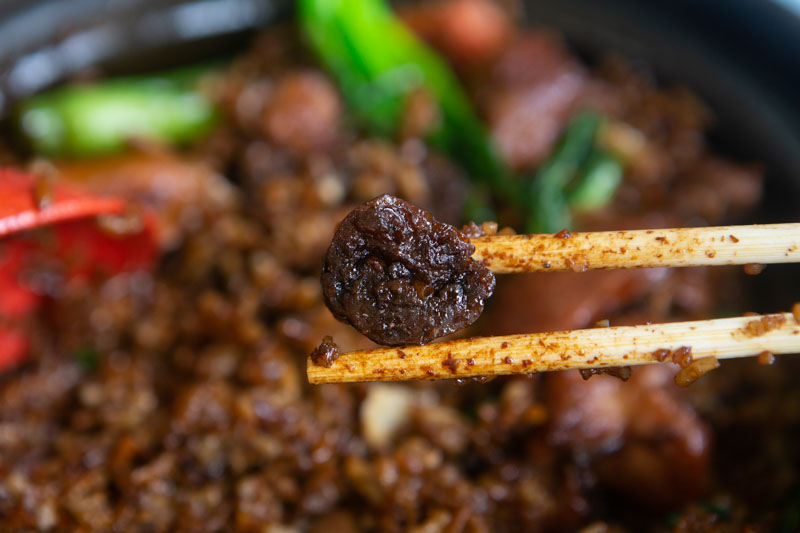 There was a significant difference in flavours between the two. The darker one tasted sweeter than the other. However, I felt they weren’t as sinfully oily as I was expecting.

We also felt that they could have been more generous with the lup cheong portions. The leafy vegetables, although only added at the end, managed to absorb the smoky flavour from the rice. 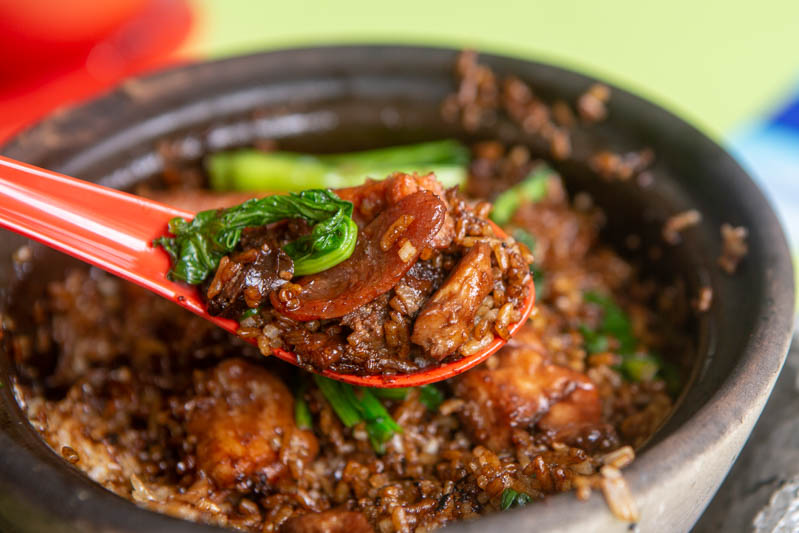 They also burst with moisture after every bite, cutting across the greasiness of the other ingredients. I felt they were a great addition to the dish. 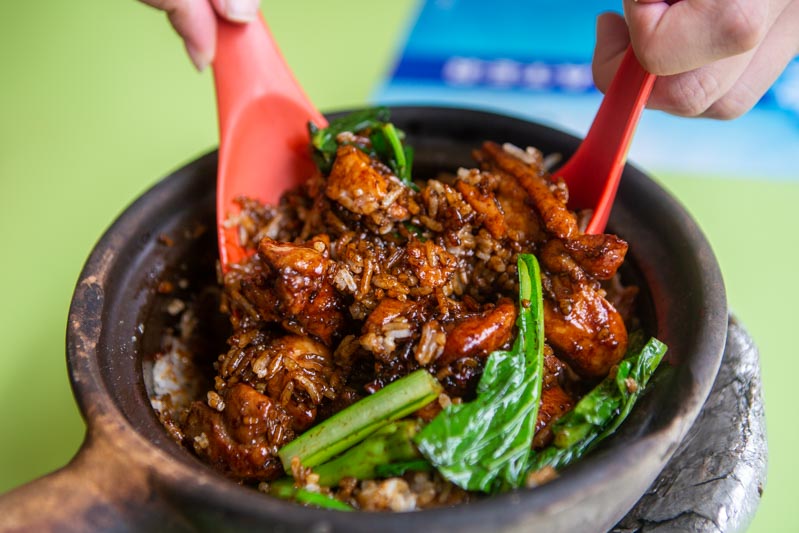 Even with so many other great eats in the same hawker centre, Yew Chuan Claypot Rice still stands out. Just their value-for-money portions already win it for me.

The waiting times are admittedly long, especially during peak hours. But believe me, this claypot rice is definitely worth the wait!

Previous articleYour Steamer Basket Is Written In The Stars: What Type Of Dim Sum Are You According To Your Star Sign?
Next articleStock Up On This All-New Mala Hotpot Snack From The Golden Duck Co Now Available In SG