It’s an endless streak of competition when we’re talking burgers. The humble bun’s worth is often subjected to its components, such as the doneness of the patties, choice of cheese and so much more.

If there is one place that’s well-known for some of the world’s best burgers, it’s got to be the United States of America. Hailing from Los Angeles is the famed 25 Degrees Singapore, situated along the corner of Middle Road. The burger house specialises in mastering the technique of creating the ultimate juicy stack and other all-American classics, such as milkshakes and fries. 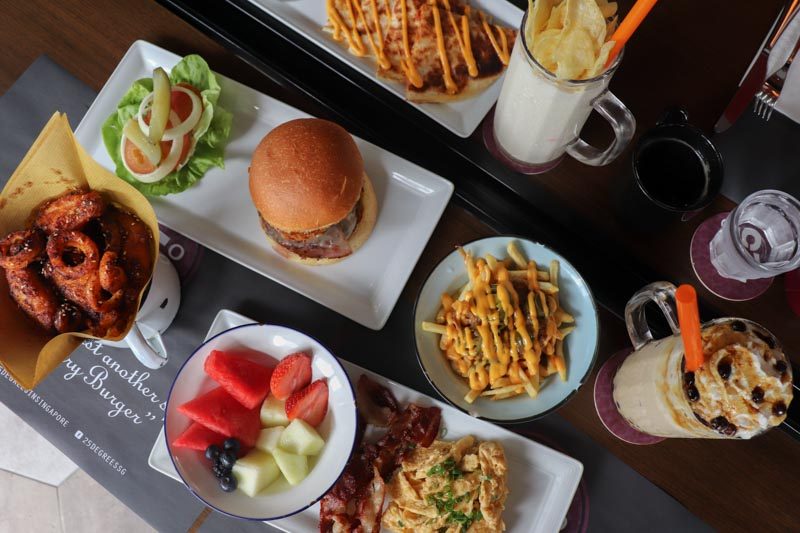 We heard the renowned restaurant and bar was extending its opening hours to cover breakfast and brunch, which meant a daily 7am start to feed the early risers.

With other daily deals and a new special burger promotion, I was earnest to find out how 25 Degrees Singapore would fare. The towering stack that laid before me held a demeanour that was ever-so captivating. If there’s one thing we can count 25 Degrees Singapore to perfect, it’s got to be their burgers. 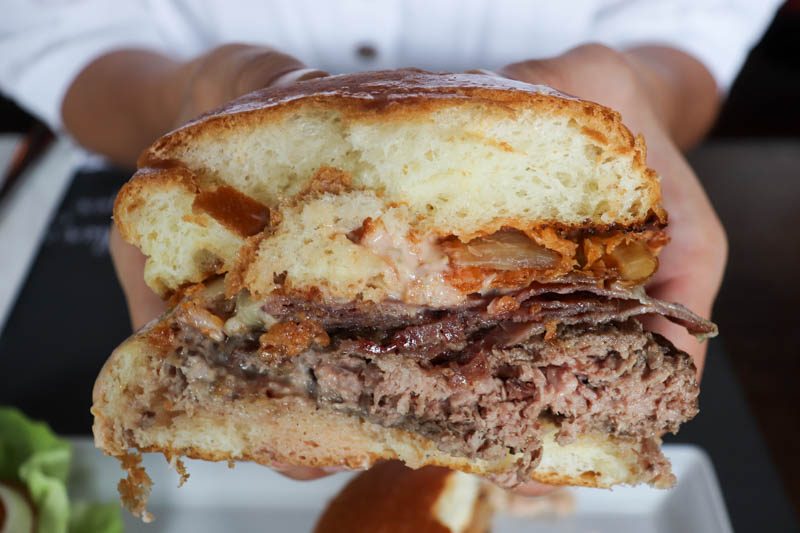 The fluffy buns added a sweetness to the burger which paired fantastically with the house-made sauce. The onion rings weren’t as crispy as it looked which was a little disappointing as I expected a good ol’ messy crunch.

We had our beef patty requested to be cooked to medium yet we found it a little more medium-well, which made it slightly tough around the edges. It was well-seasoned and while we weren’t quite satisfied with the doneness, it was still a burger above average.

Nevertheless, it was a decent stack with quite a spectacular combination. 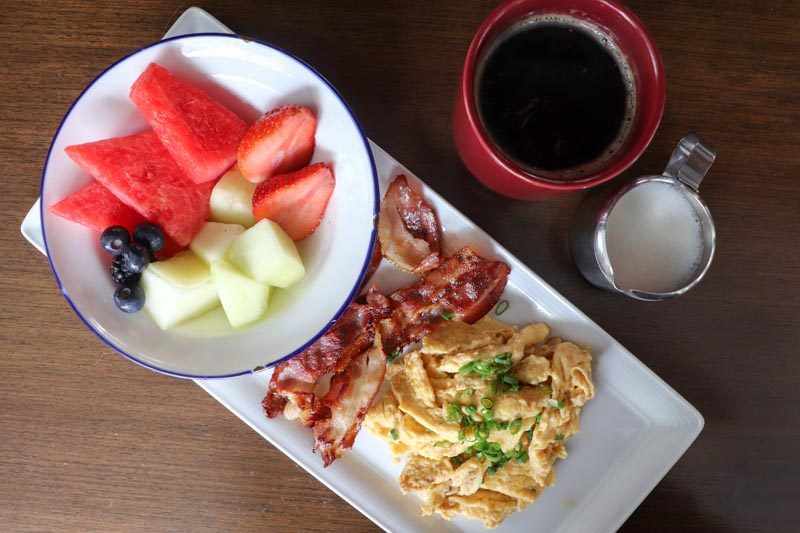 25 Degrees Singapore have taken it to the next level by appeasing early risers with a breakfast menu. The Eggs & Scramble (S$12) is a classic breakfast platter, with a choice of fried or scrambled eggs, and the option between fresh fruits, toast or hashbrown. I went with scrambled eggs and a side of fruits for my meal. As it was served, a wave of confusion hit me. My scrambled eggs weren’t at all runny or anywhere close to a creamy consistency.

I couldn’t expect much from the seasonal fruits nor streaky bacon because it was challenging to elevate these breakfast components unless you got a better cut or grade. Yet for scrambled eggs, it was only required of adequate consistency. 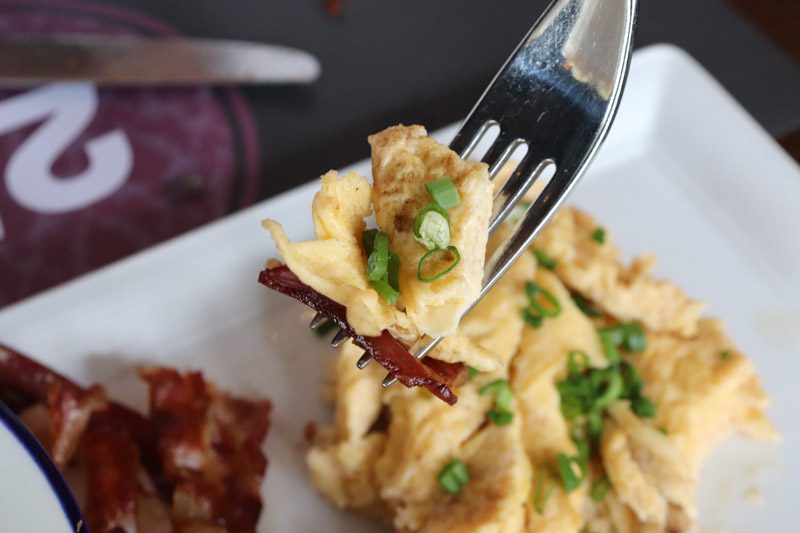 The scrambled eggs also needed a tad more seasoning as I found it rather bland and cutting it close to any ordinary omelette.

Needless to say, I was disappointed. Perhaps their fried eggs would be its saving grace but till next time, I guess. 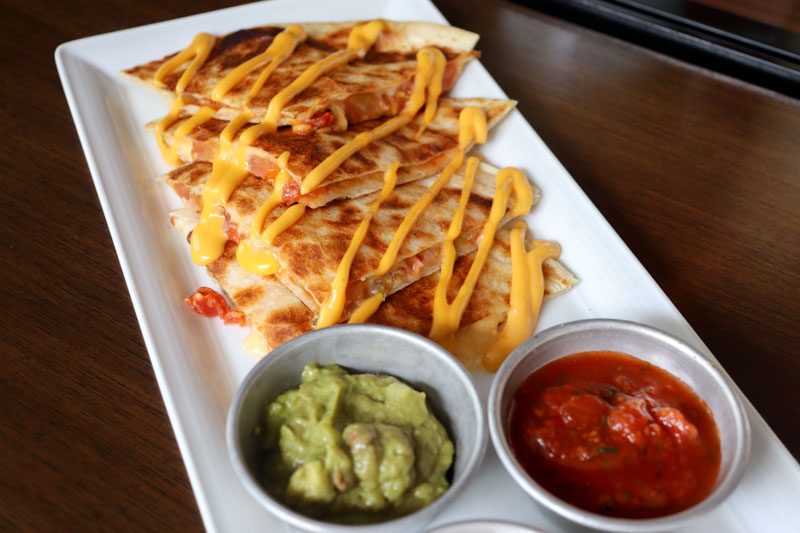 The team at 25 Degrees Singapore have also introduced some brand new sides, of which one of them is the Mexican-favourite, Quesadilla (S$7).

The toasted stuffed tortilla had a drizzle of nacho sauce atop it and was served with three dips of guacamole, tomato salsa and sour cream. Stuffed with tomato slices and grilled with melted pepper jack cheese, the combination of flavours from the tangy sour cream to the rich cheesiness built a delectable quesadilla.

Still, it’s difficult to elevate such a simple dish and this was something I would settle for if I wanted to play it safe. Another new contender entering the scene is the 25 Degrees Wings (S$8), served with curly fries and all tossed in a spicy homemade sauce. 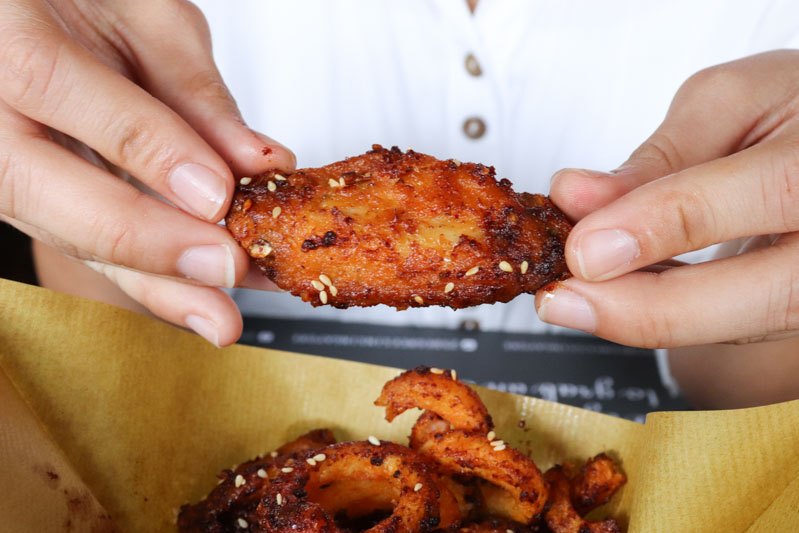 Coated evenly with that messy yet lip-smacking marinade, it was quite unlike what I expected of the unsuspecting bar bite.

It’s no pretty sight munching into the messy snack but it was finger-licking good. With mild spice, the chicken and potato combo held a tangy char, with a different texture in each bite. It wasn’t just any regular wings and fries tag team here, for sure. It’s worth mentioning that 25 Degrees Singapore has a 1-for-1 milkshake deal every Tuesdays, which is an incredible steal. We were in luck as we visited on that very weekday and as an all-American burger house, what’s a meal without a milkshake? A first of its kind in Singapore, 25 Degrees serves up Bobalicious (S$16), a bubble tea-inspired milkshake. With never-ending bubble tea shops opening in Singapore, I was sceptical to see how this would fare in comparison.

Filled to the brim in a huge beer cup, this was definitely worth its value. The pearls weren’t as chewy as the ones I was familiar with but still a fair take on the trendy version. The base, however, was rather plain and I only wished it had a hint of that bubble tea essence. 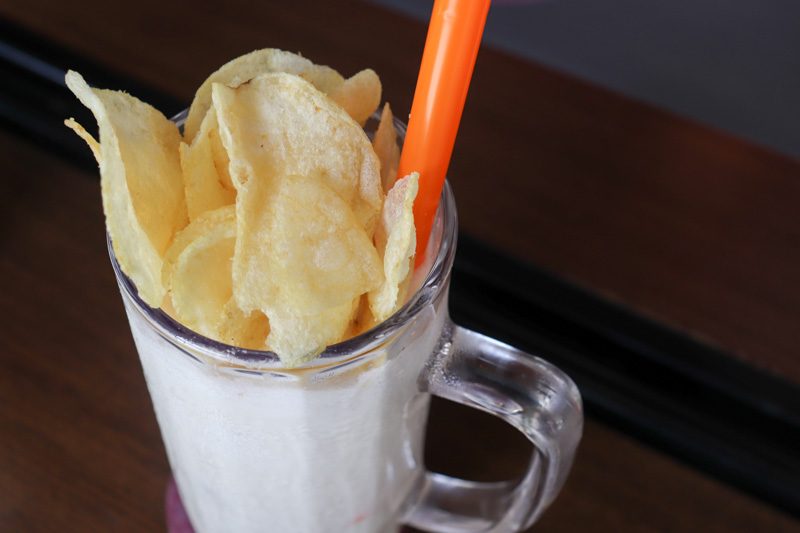 Another quirky take on milkshake is the Chipster Shake (S$16), adding crispy potato chips into a classic vanilla rendition. I’m personally not a fan of tampering a creamy, indulgent shake and I’ll be honest, I wasn’t looking forward to this at all.

Imagine this: You hold potato crisps in one hand and an old-fashioned milkshake in the other. Eat them together and voila! You have a potato chip shake. The blended bits were soft and I didn’t fancy the mushy texture. While it certainly checks it on originality, I’d be lying if I said I enjoyed it.

Yet for that great Tuesday deal, you know where to find me on Tuesdays!

I’d recommend dropping by 25 Degrees Singapore for the ultimate burger galore. Trust them to do burgers and milkshakes right but for breakfast, we reckon there’s more to be improved on. For now, go crazy over their exclusive promotions!