There’s something about the East that’s always so comforting. Maybe it’s because I’ve lived here my whole life but I realised over a recent meal with my mother that it’s the food I frequently eat around the neighbourhood that keeps me heartened. 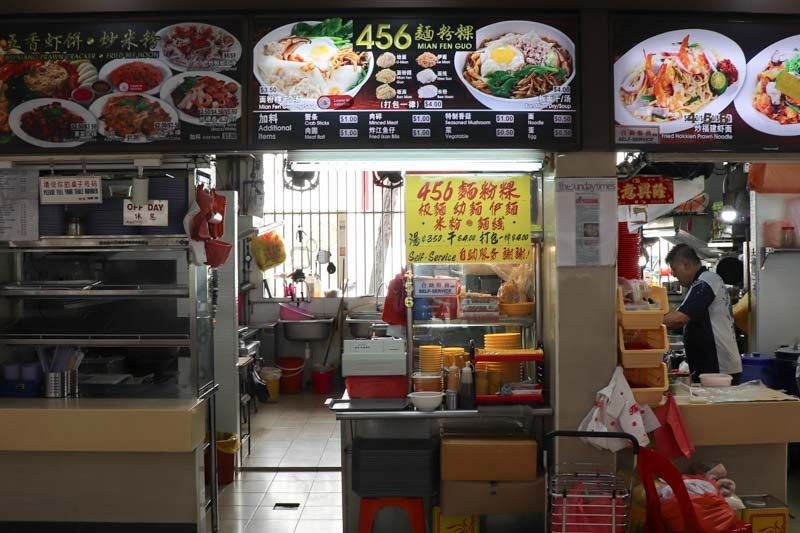 It had been a rainy morning and the feels to prep a meal was close to none, so we headed out to our usual hideout at Block 844 along Tampines Street 82 to ease the munchies.

It was our regular zi char go-to but the early start to our day had us settling for 456 Mian Fen Guo. 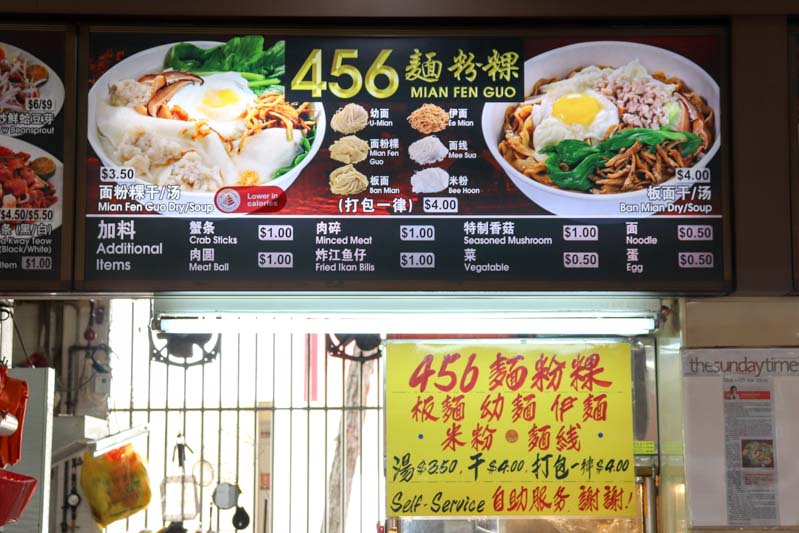 456 Mian Fen Guo is just one of those stalls who specialises in one dish and serves it to the best degree. Their menu was simple and straightforward: pick a choice of noodle and decide between having it dry or with soup.

As I stood behind the man who was ordering in front of me, I noticed that the kitchen staff were cutting and preparing the noodles fresh upon order. Talk about handmade goodness! A huge pity I didn’t have my camera ready to snap that golden moment.

I believe they are one of the few ban mian stalls in Singapore that makes their noodles from scratch and having found a gem so close to home left me feeling a little smug. 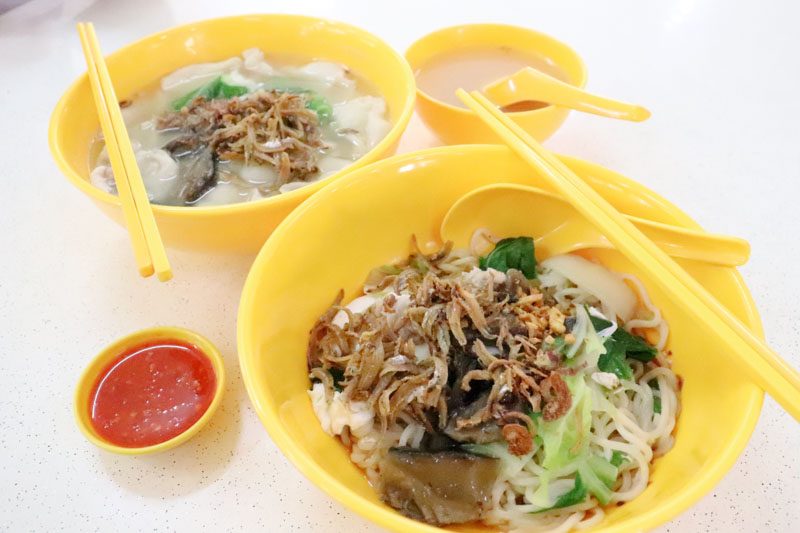 We couldn’t pass on both versions despite us being bigger fans of the soup rendition so we shared one of each.

You’ll want to order a bowl with mian fen guo (irregular hand-torn noodles) to see the action of the chef just tearing them with ease as he tosses them into the soup. It’s not every day you get to see this live and up-close. 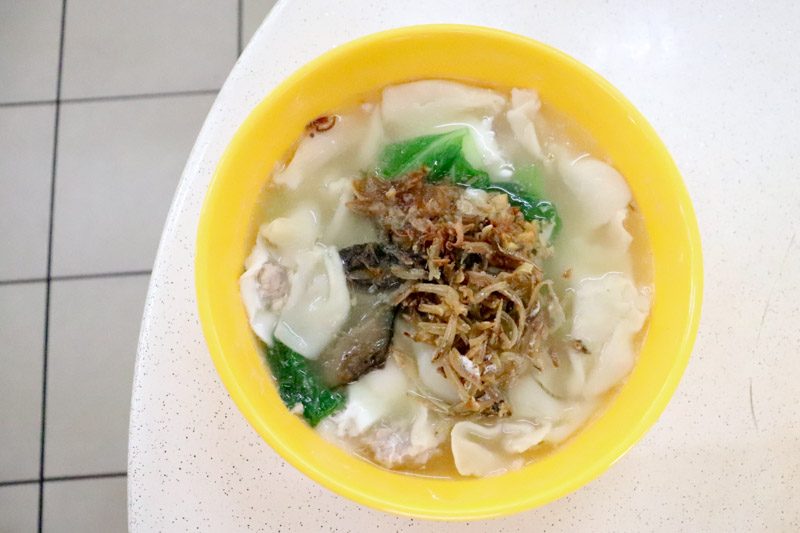 Pretty standard toppings for ban mian, if you didn’t already know. I wondered how different freshly churned noodles would taste in this comforting bowl. Could it possibly elevate the humble dish’s worth? 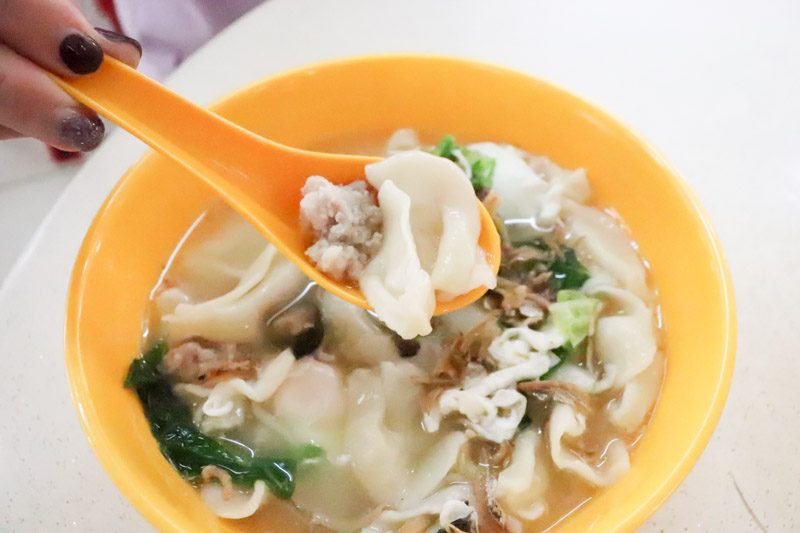 Now, don’t be fooled by its rather shabby demeanour. Its uneven edges represent how authentic this modest bowl can be.

The fresh mee hoon kueh was silky smooth and had a great springy texture. Piece by piece, it was more obvious how fresh noodles were much softer than pre-made noodles. But I could have been psychologically conditioned to believe so after witnessing the process. Oh well. 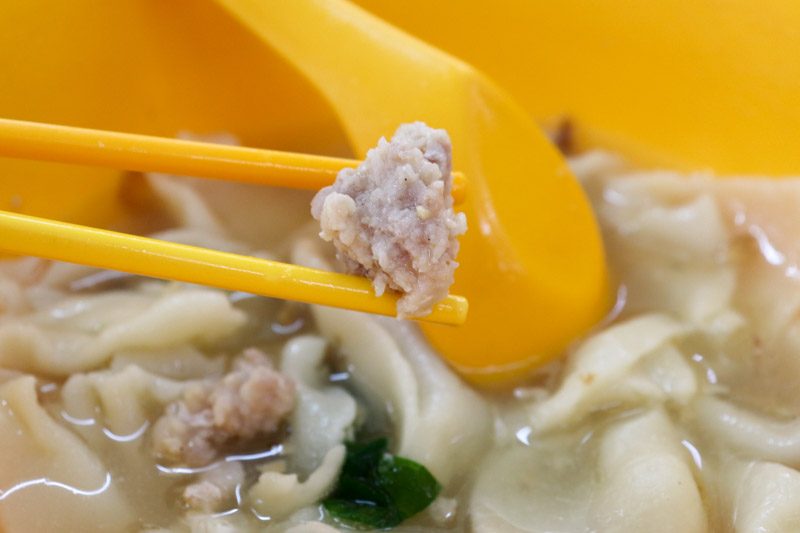 The minced meat came in coin-sized chunks and the team at 456 Mian Fen Guo were extremely generous with this offering. However, I found it a tad under-seasoned. Not my favourite part of the dish but then again, it wasn’t the main star of the dish.

Together with the flavourful broth, this was a simple, nourishing bowl to relish in on a rainy day. 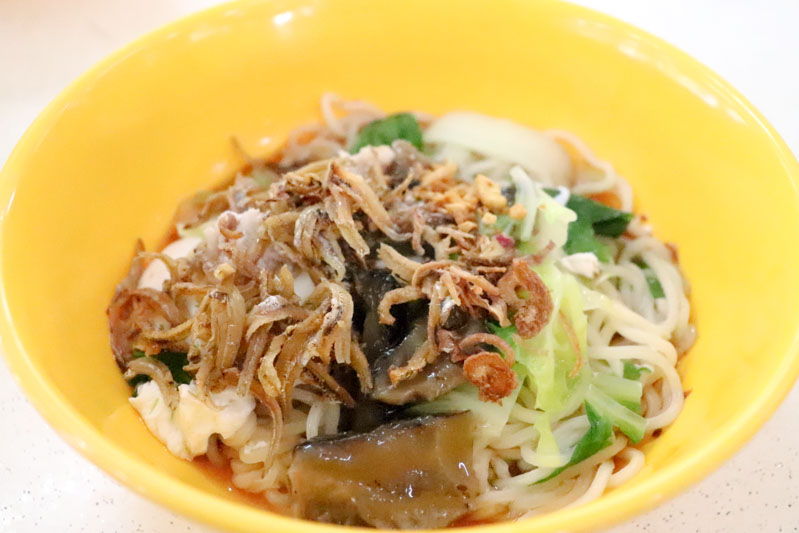 The U-Mian (S$4) served dry was rather unusual for me. It takes on a rather similar appearance to the chilli pan mee from Kuala Lumpur but I’m pretty sure they fare differently, on different spectrums.

Topped with the conventional ban mian garnishes, the only thing different about the dry rendition was that it came with a dark, glossy sauce base to make up for the absence of the hearty broth. 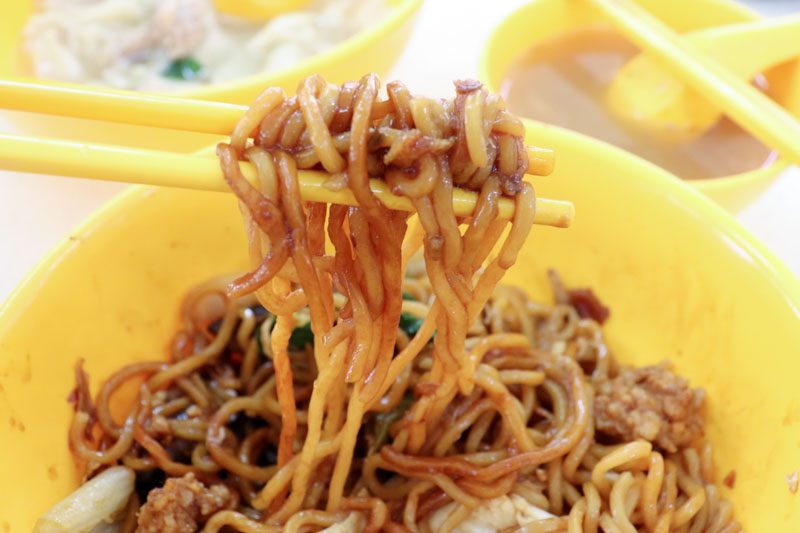 The concoction of sauces had subtle hints of sesame oil and dark soy sauce, which were two common staples in Chinese cooking. The u-mian was a semi-thick noodle which worked well in absorbing all that gravy, thoroughly coating itself to leave no strand behind.

My pampered self only wished there was some dried chilli oil to go with this dish, instead of 456 Mian Fen Guo’s chilli sauce. I thought it would pair seemingly well, but then again, I’m no chef. 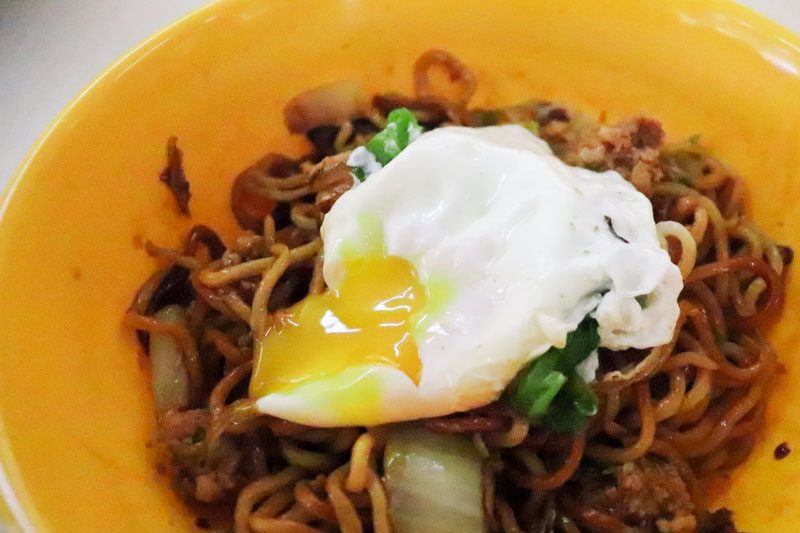 And how could we forget the glorious poached egg. This was the best part of any ban mian dish for me because the entire time I’m slurping my noodles away, half my mind is focused on not breaking it, I much preferred to eat it whole.

It’s nice to see how a humble dish can nourish the body and nurture the soul. At 456 Mian Fen Guo, embracing the essence of noodles is what they pride themselves in.

Other than working on that marinated meat, I’d say they have done a pretty decent job. Whether or not the main branch at Changi does it better, I sure hope they remain consistent between the two.