There’s something about prawn noodles that rekindles childhood memories. On some weekends, the family would wake up to the smell of the hearty prawn stock that our mother had been boiling since dawn. Everyone would cancel their plans for the day just to have a bowl of the prawn noodles. However, there are days when we have to settle for alternatives when we have a prawn noodle craving. By hearsay, we drove to 58 Prawn Noodle located under an HDB block along Bedok Reservoir Road. 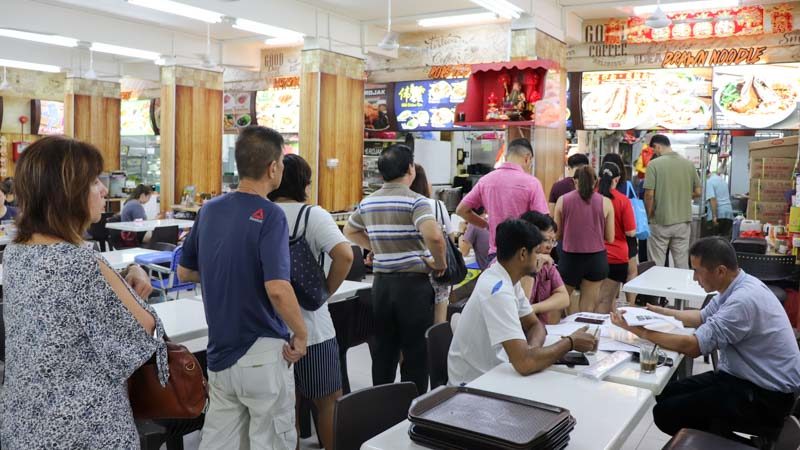 We arrived at the local hotspot and was greeted with the long queue that had already formed at 9am. No one was excited. Yet as true Singaporeans, we joined the line with high expectations.

It occurred to us throughout the wait that this was the only stall that was patronised by the Bedok-ians and that certainly hyped us up a little. 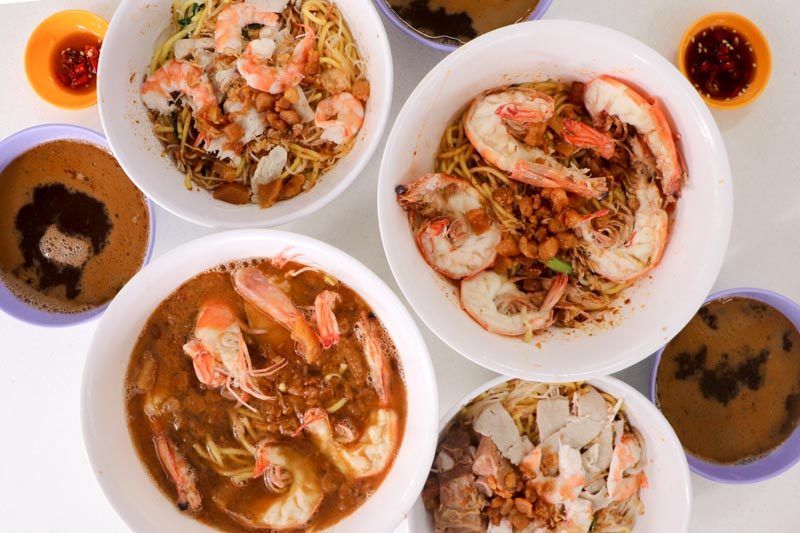 The queue moved faster than we expected and soon, we finally had our tray of goodness. We hustled different items on their menu to play the role of MasterChef judges – Prawn Noodle edition. 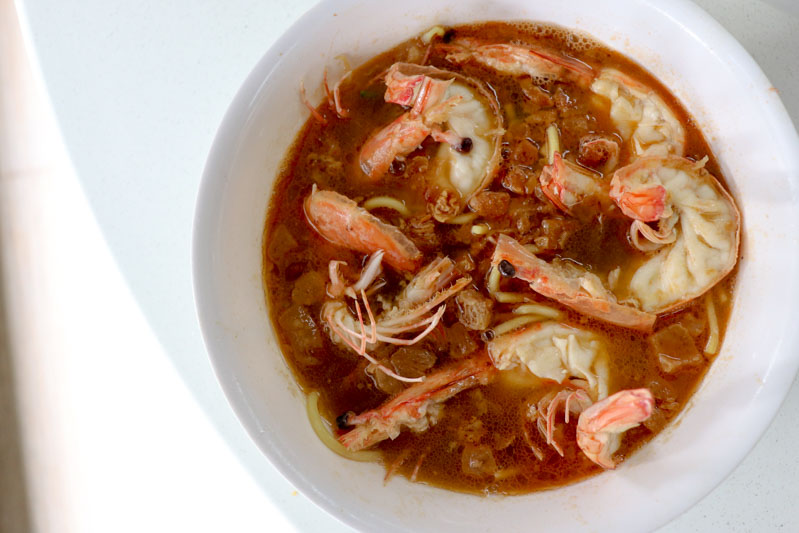 Like ravenous eagles, we dived into their bestseller, Big Prawn Noodle Soup (S$10.50). True to its name, the prawns were massive!

We chose to stay standard with the classic yellow egg noodle, otherwise known as mee. While it seemed like the price was a little steep, the sight of the large prawns that completely blanketed what lay beneath had us feeling we were served our money’s worth. 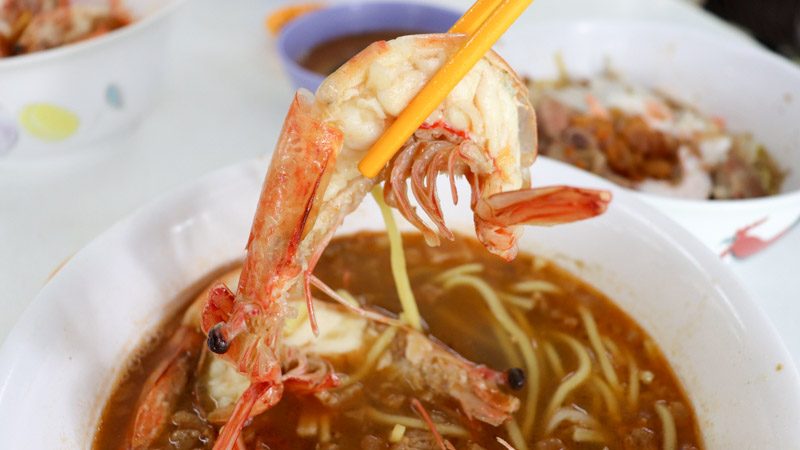 The fresh crustacean was meaty and parodied the consistency of crab meat. Not the imitation product, but the actual chewy, succulent crab meat at extravagant Chinese dinners.

While the jumbo prawns were succulent, we soon realised that the spotlight of the dish was not the size or quality of the prawns, but the soup.

Rich and hearty, the broth was exemplary. The sweetness of the prawns had been fully released into the stock from the hours of boiling and had us all nodding in approval.

Paired with the sinful saltiness of the lard, the wholesome balance left everyone’s bowl clean as we slurped it up to the last drop. Anything would have tasted good with this soup. 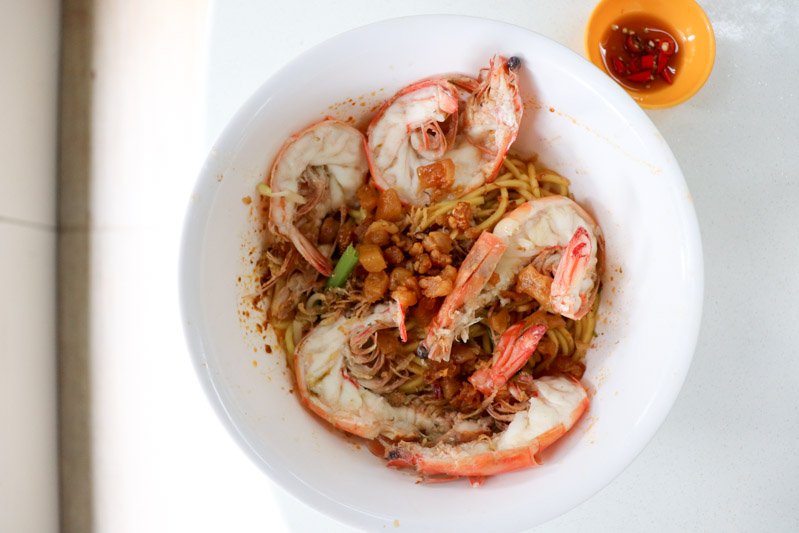 We ordered the Big Prawn Noodle Dry (S$11) as well after we noticed a fair number of people ahead of us in the queue opt for this alternative.

The dry mix of sauces that coated the noodles is definitely one to praise. I could not quite comprehend why patrons preferred this version after tasting the phenomenal broth. We charged with gusto as we stirred the contents up and belted down that first bite.

Instantly, we were newfound fans. The burst of flavours that tangled between the chilli and Asian sauces had us set the bar high for our mother to challenge and recreate. The garnish with a large spoonful of lard bits was a huge incentive. Of all the various noodle houses I’ve visited, this was by far the most generous portion I’ve seen served in a single portion. Of course, we tried the most popular preference and cheaper option of the crowd, Prawn Noodle (S$4.50).

With the popular noodle combination of thin vermicelli and mee, the dish was garnished with a few slices of lean pork slices, average-sized prawns (I mean, after that big prawn experience…), a generous helping of crispy lard and served with a bowl of soup. 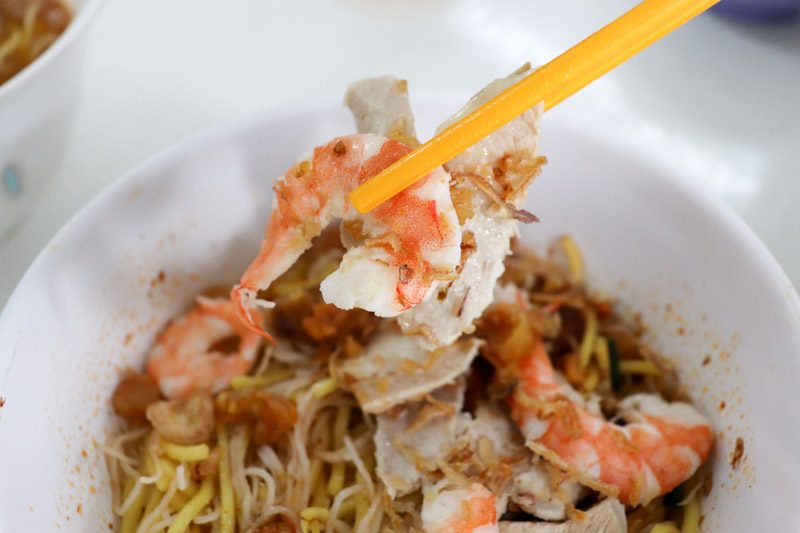 The pork slices and prawns were rather ordinary, but we couldn’t expect any less from the classic bowl. For under five dollars, this was clearly the go-to option for a cheap, nourishing bowl of goodness. Next up, we tried the Pork Ribs Prawn Noodle (S$6). Repeating the same ingredients as the Prawn Noodle bowl, this rendition came with an upgrade on the sliced pork with thick short ribs. Unfortunately, there wasn’t anything too fancy. The supple meat seemed tough on the edges but proved to be rather lean and robust when it pulled apart effortlessly as my chopsticks grazed it. But for those who prefer a meatier substance, this probably won’t appease that zeal. 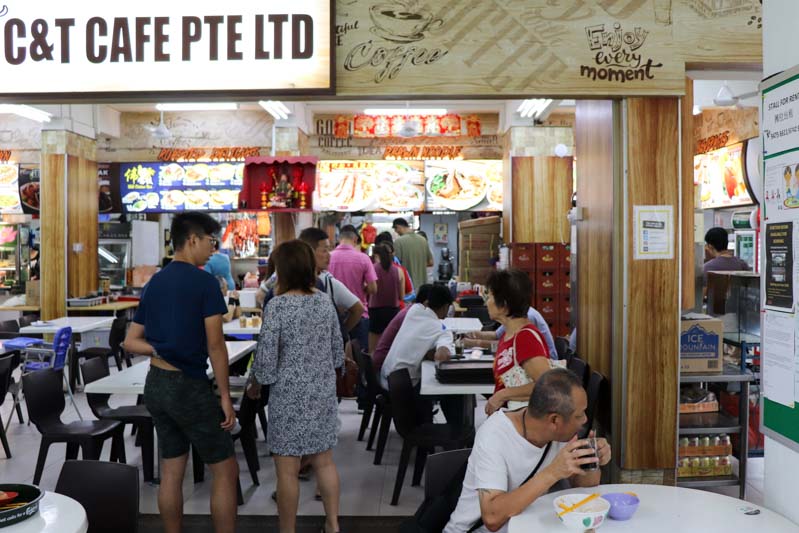 Even as we left, the steady queue didn’t stop earnest patrons from joining the wait.

If you’re ever in the vicinity or looking for a sumptuous, homely meal after a run at Bedok Reservoir, run a little further down the road.

A round of applause to the team at 58 Prawn Noodle, the soup deserved a medal on its own. But at least for me (excuse my biased self), it could never replace the one my mother cooks.

Best to stick to the cheaper bowl, the classic Prawn Noodle because I guarantee, it is definitely enough to satiate all sorts of appetites – or even cure homesickness. No need for anything else extravagant. You be the judge! Dig Into Unlimited D24 Durians At This Durian Buffet Hidden In...