Although it is no longer frequented by teenagers and bargain hunters, this veteran mall is regarded by many as a mini food haven.

People still flock to the eateries, many of which are Japanese or Thai, at mealtimes. Biseryu Japanese Cuisines, the sister restaurant to Deli’s Kitchen in Sunshine Plaza, is one of them. 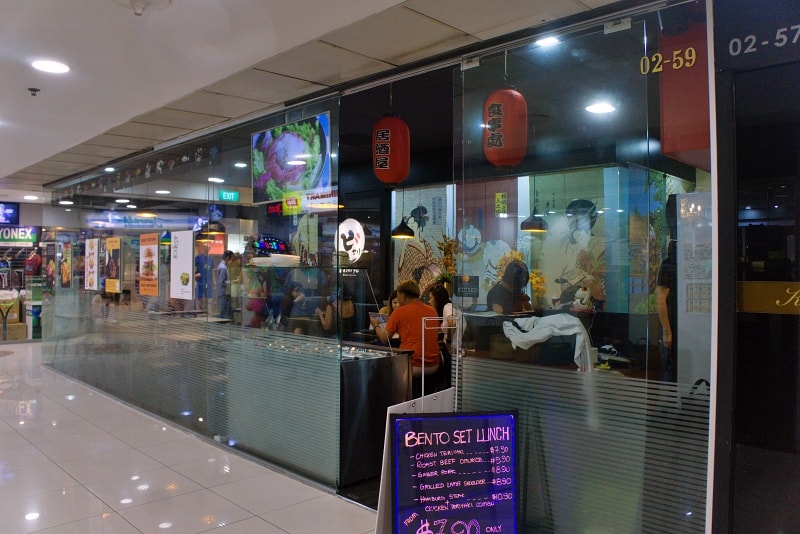 Just like most of the shops in Far East Plaza, the entire facade is pretty inconspicuous. Passers-by may be attracted to the food posters plastered on the glass panelling. 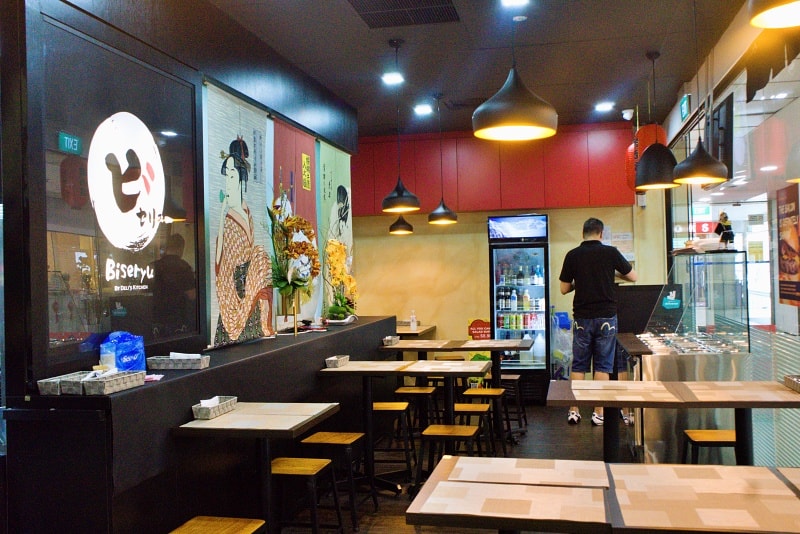 Wooden tables and chairs, Japanese tapestries, and warm lighting in a not-so-spacious space? We’ve seen this before.

Relying on a bold red and black colour palette, Biseryu’s interior wouldn’t be out of place in a “typical casual Japanese restaurant” starter pack. What sets Biseryu apart from Deli’s Kitchen is the emphasis on premium meat dishes, notably beef. The owner, Alvin, explained that he wanted customers to enjoy quality cuts of meat in a non-intimidating setting.

Quite a few Japanese beef speciality restaurants and yakiniku joints in Singapore tend to market themselves as fine dining establishments, which can be off-putting to some.

With that, the “steaks” were high. I couldn’t wait to commence this celebration of Japanese meats. 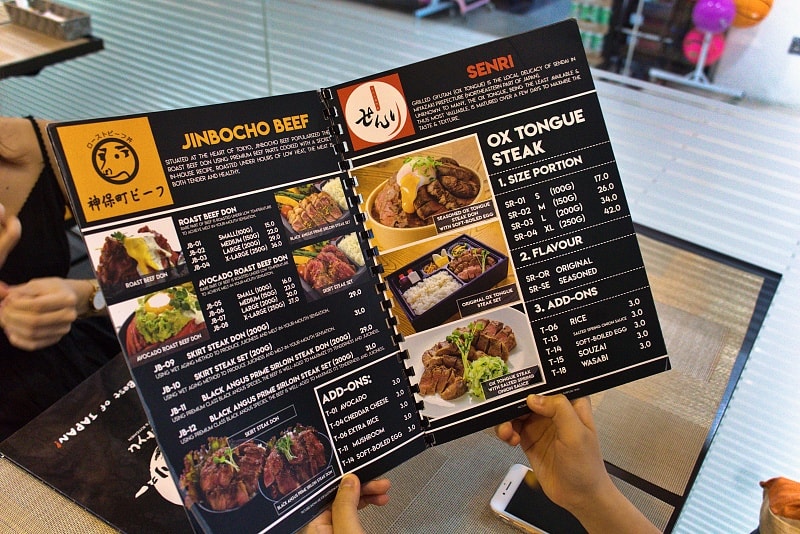 Although most diners were evidently opting for the value-for-money Lunch Specials, I zeroed in on Biseryu’s a la carte menu. It features dishes from eight existing concept restaurants in Japan, like omurice from Yellow Gourmet in Osaka and gyukatsu from Kurobeko.

Merely flipping through the extensive menu was a treat in itself. It felt as though we were taking a tour through the various prefectures. Grilled gyutan, or ox tongue, is the local delicacy of Sendai in Miyazaki prefecture. Gyutan takes some getting used to, but I love that it mimics the texture of fatty beef.

Alvin shared with us that out of 1.4kg of raw gyutan, only 600g is good for consumption. That explains the slightly steep pricing. Taking a tip or two from Senri, every lightly salted piece of Ox Tongue Steak (S$17 for 100g) was succulent and chewy. As I dipped piece after piece into the runny onsen egg, it produced a rich, almost luxurious mouthfeel.

I admit that I neglected the miso jalapeno paste, which would’ve worked better with a cleaner-tasting cut of meat.

Remember, gyutan is best enjoyed straight off the grill. There’s no time to waste! 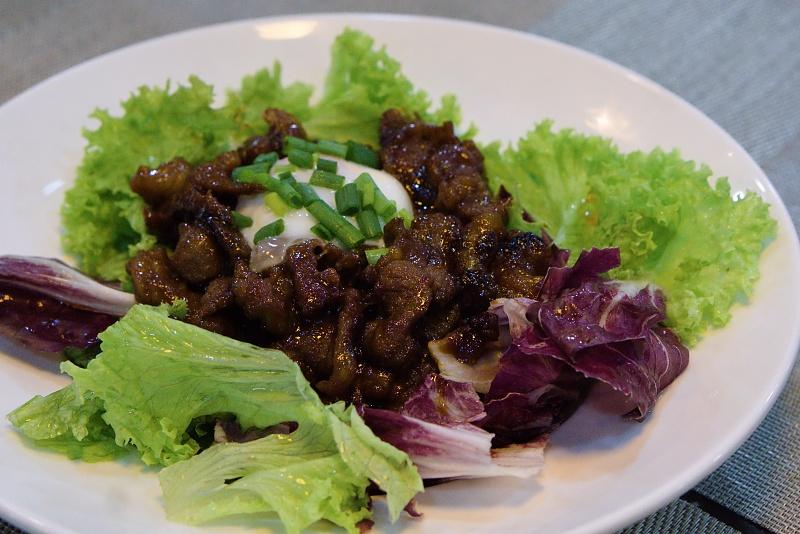 We went for the Grilled Lamb Don (S$12 for 100g) with spicy sauce. Though the don itself was a little haphazardly arranged, I couldn’t wait to break that spring onion-flecked onsen egg and mix everything up. 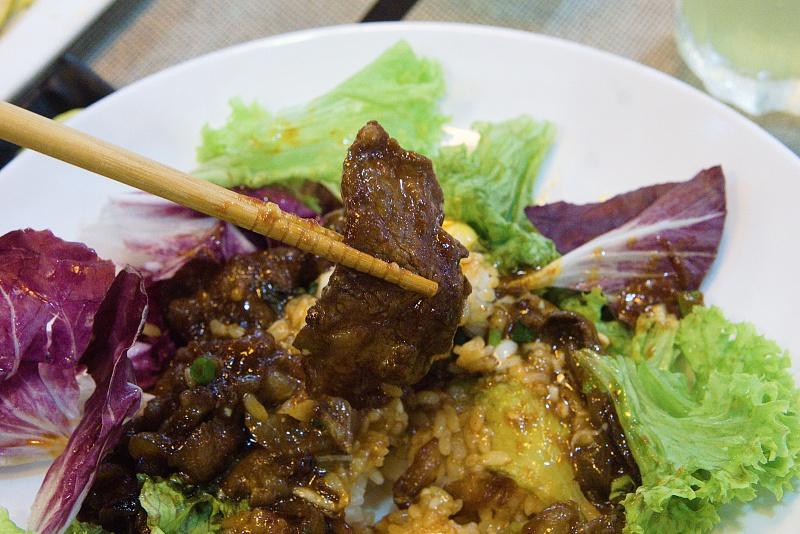 The tender meat had been seasoned with an intensely flavourful sweet and spicy sauce, which helped to mask any traces of gaminess. You should definitely eat it with rice, lest you start feeling overwhelmed.

If you don’t want to literally (and figuratively)  get “lost in the sauce”, opt for the tamer Original sauce. Tonkatsu Kagura from Nikko in Tochigi Prefecture is famous for, you guessed it, pork.

We didn’t order tonkatsu, choosing to try the classic Grilled Kagoshima Pork Belly Don (S$22) instead. According to Alvin, this don, prepared with pork from Kagoshima Prefecture, has consistently been popular with the ladies. 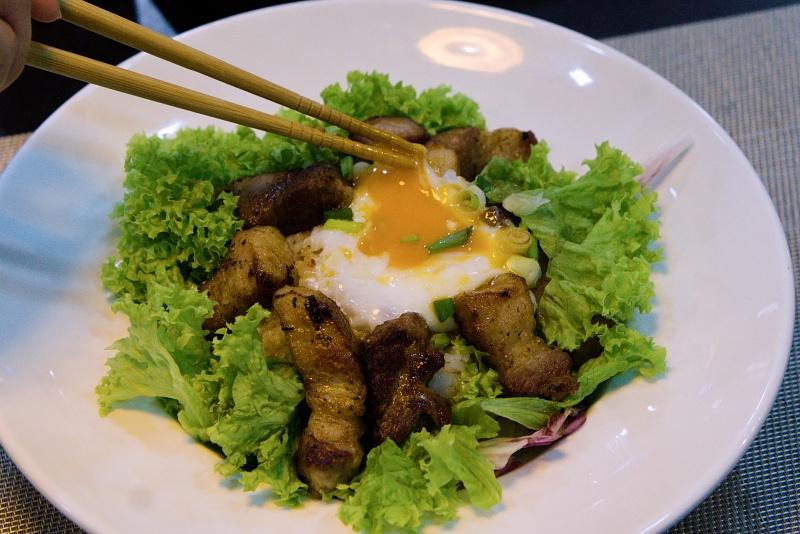 This became a hundred times more enticing once we prodded the onsen egg open and let the yolk flow. 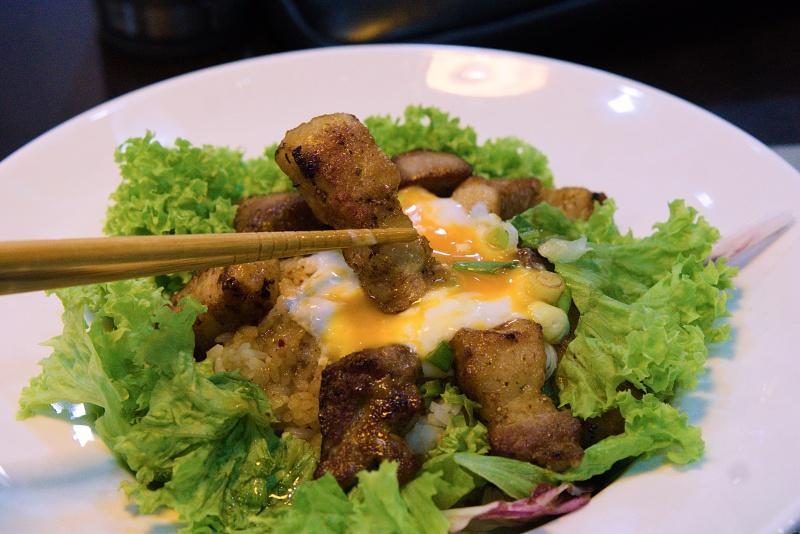 True enough, the charred pork belly was juicy with crisp layers of fat and collagen. Eaten with the creamy egg and rice, this don made for a satisfying meal. We would’ve preferred for the pork to be more tender, though.

I must mention that every don is portioned with exactly 200g of Nigata rice, but you can ask for it to be halved. Top Tokyo burger joint Burgers Cafe Grill Fukuyoshi uses 100% Kuroge Wagyu from the Japanese black cattle breed. Their beef patties are supposed to be some of the softest around.

You could go for the Avocado Quattro Cheese Burger (S$23) or the Demi Egg Burger (S$19), but why not just Create Your Own Burger? 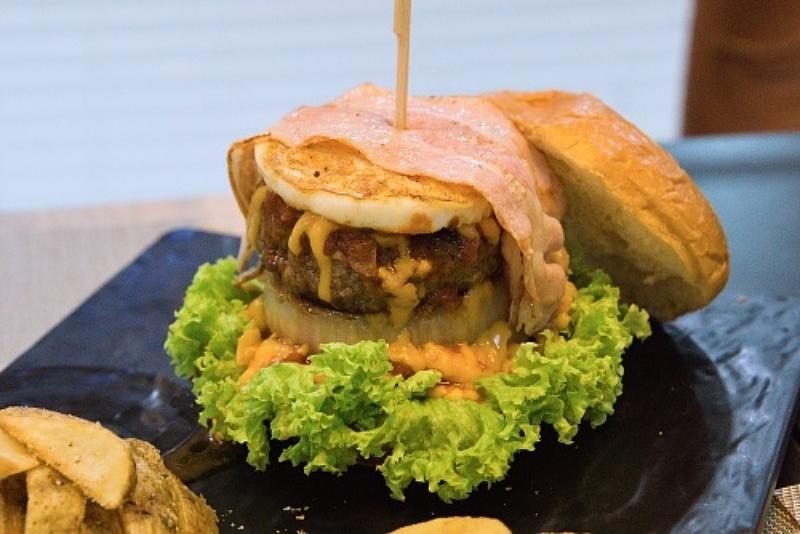 We started off with our protein of choice, Signature Kuroge Wagyu Beef (S$17.90), and pimped it up with Signature Tomato Sauce, Bacon (S$3), Quattro Cheese (S$3) and a Fried Egg (S$2).

No one has been able to get every component of this massive burger in a single bite. We didn’t bother to confront the inevitable, and so chose to play it safe with deconstruction. 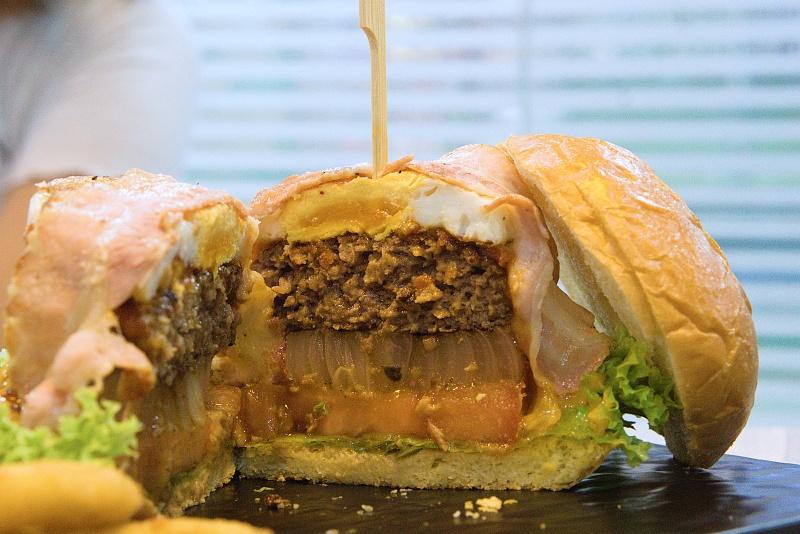 The chunky wagyu patty was juicy and extremely soft. I was especially impressed by the onion, which managed to retain its crunchiness without being pungent. Every component came together in a glorious display of full-bodied flavour, barely contained in-between two fluffy buns.

Unsurprisingly, we were defeated by this massive fella with a hefty price tag.

By the way, all burgers are served with fried potato wedges and onion rings. Ask for some Okinawan salt on the side too. 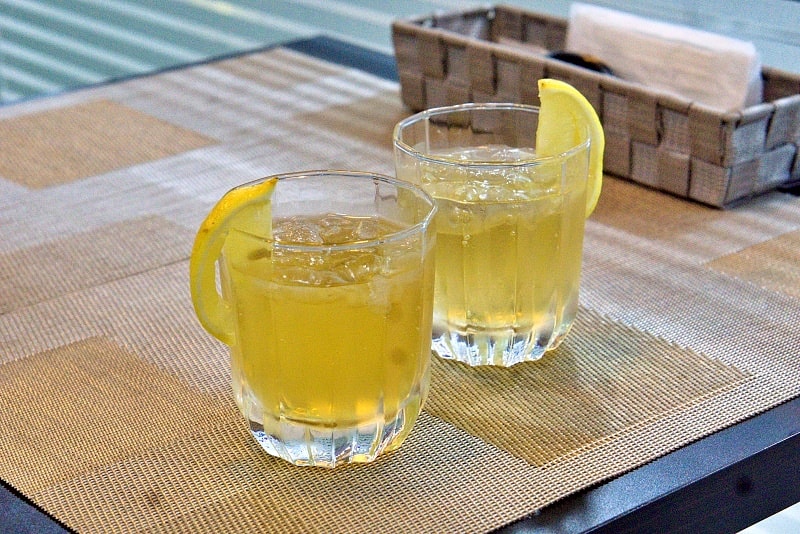 My colleague liked the former, while I preferred the latter for its fragrance, but we both agreed that these drinks were excellent complements to the rich meaty dishes we’d stuffed our faces with.

Don’t underestimate that lemon slice; the slight zesty tang it contributed made all the difference.

Biseryu has a good eye for Japanese beef. They really do.

Coupled with the novelty of offering different Japanese concepts under one roof, Biseryu takes customer feedback seriously and aims to keep developing and improving. In fact, an all-you-can-eat salad bar and You-makase meat platters are in the works.

The folks behind Biseryu and Deli’s Kitchen also have plans for future concepts. Black curry and salmon milk soup? We can’t wait.

With all its great food offerings and hidden gems, we hope Far East Plaza never completely loses its lustre.