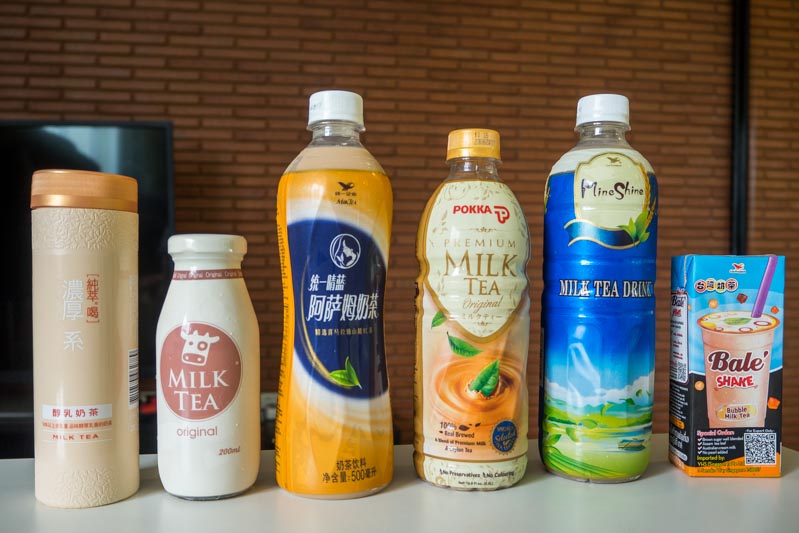 All that craze with 純萃。喝 Chun Cui He is causing us to question if it’s really better than our personal favourite bottled milk teas that can be easily bought at 7-Eleven and other convenience stores.

With all that hype going on, most of my friends and colleagues had the same conclusion that there are better milk tea brands as compared to Chun Cui He 純萃。喝 .

For kicks and for laughs, we’ve decided to do a fun blind taste test in the office to see if our taste buds could sieve out our personal favourites and if they could remain as top in our preference. Of course, we couldn’t have possibly left 純萃。喝 Chun Cui He out of the picture. 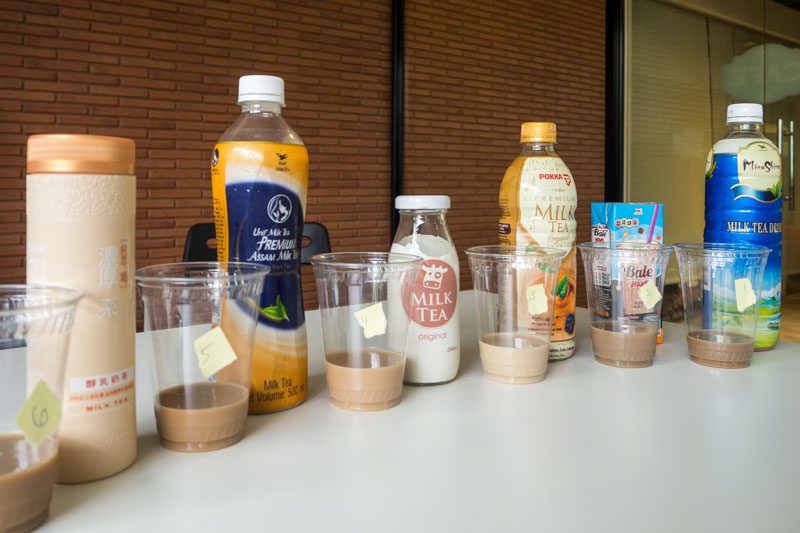 Our intern poured the milk teas in cups, labelling them with numbers and jumbled them up, so we wouldn’t know which brands the cups belonged to. 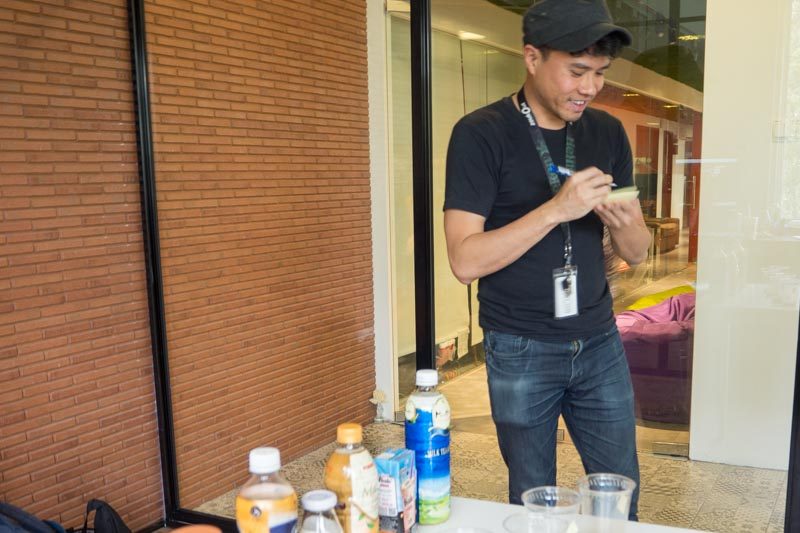 We then gathered some people from the office to conduct the blind taste test, Seth was part of it too, just so you know that you will be getting unbiased reviews. It’s not a huge sample size but we can’t deny the consensus here.

We got them to rate the drinks according to the numbers on the cups on their handwritten score card — with one star being the least favourite, and six stars for the best. 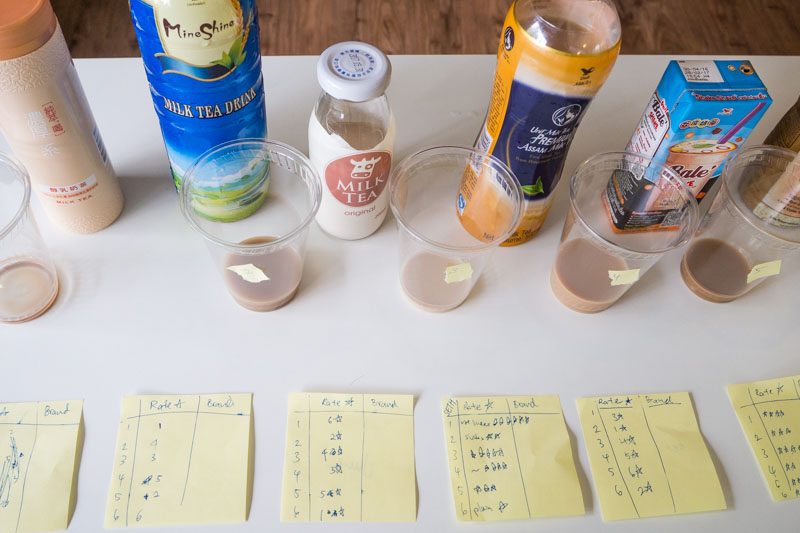 Here are the final results we have consolidated starting from the least (1 star) to the most favoured (6 stars) milk teas. Get ready to be in for a surprise! 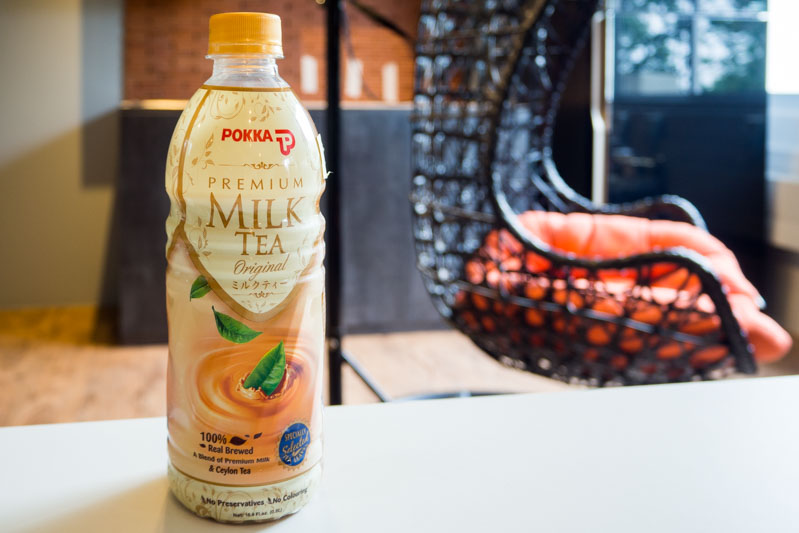 Pokka Premium Milk Tea Original garnering the lowest number of stars. 80% gave it one star, 10% gave two stars, and for an exception 10% that gave it six stars.

Pokka from Pokka Lemon Co., Ltd (Japan)  — a brand I grew up drinking — was my secret indulgence during my younger days. I was expecting it to be in the top few brands of the blind taste test as its taste would be fairly recognisable and prominent. However, it turned out to be too diluted as compared to the other brands, hence, placing it the lowest of them all.

But hey, all hope is not lost. Some liked it that much to give it six stars, so the variance is huge. If you’re an avid Pokka milk tea drinker, you would probably rank it as first too. 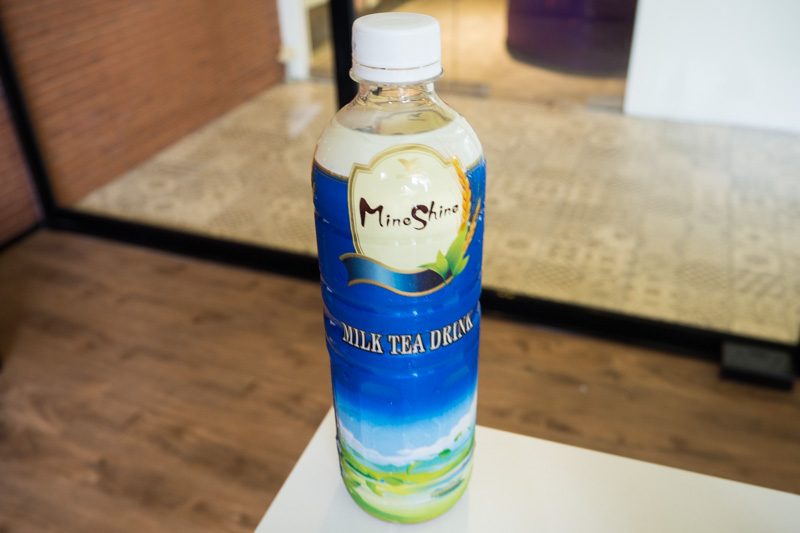 MineShine Milk Tea Drink from Uni-President (Philippines) Corporation, was ranked as 2nd least favourite with 70% giving it two stars, and 10% making up one, three and four stars respectively.

Were you surprised this came up as second least favourite too? Another shocker for most of us as it has been the go-to brand when we’re in need of a quick milk tea fix.

Most of the blind taste testers commented that the fragrance from the tea was minimal, and felt like they were drinking sugared syrup. 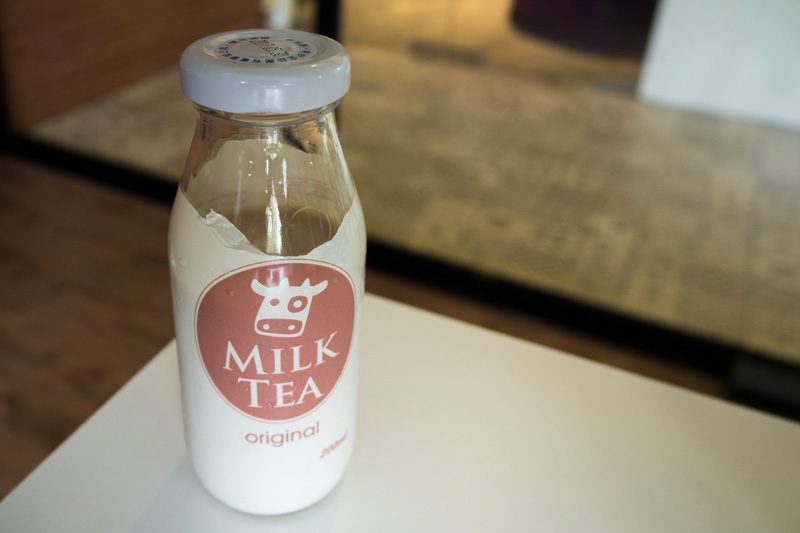 The unassuming Milk Tea Original hails from Taiwan too, sharing the same origin as Chun Cui He 純萃。喝, but it is getting a lot less attention.

The results showed 70% giving it four stars, 20% five stars, and 10% three stars. Surprisingly, the drink didn’t get anything lower than three stars, pitting it as a very close contender to the top three drinks in the list.

Probably because of the lesser liquid content of 200ml and being priced at $2.20 at all 7-Eleven outlets, almost the same as its competitors, Milk Tea Original is often overlooked. 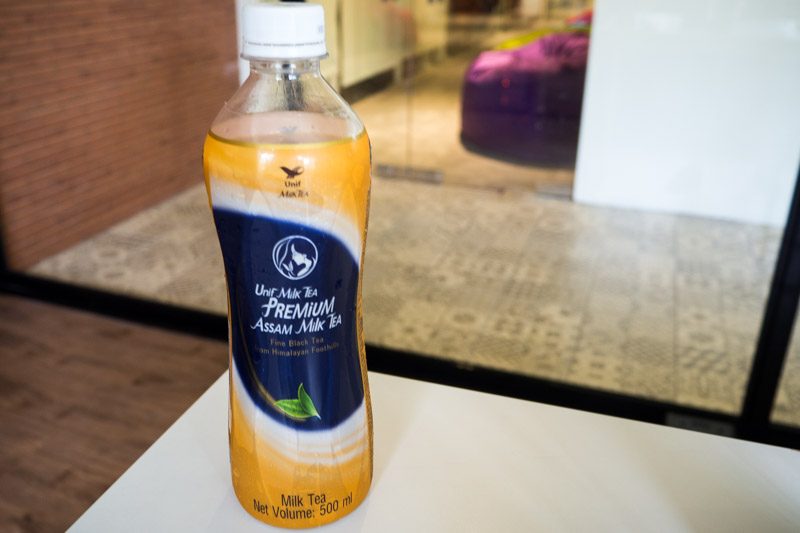 Unif Premium Assam Milk Tea by Uni-President (Philippines) Corporation uses Assam black tea leaves from the Himalayas foothills and blends it together with fresh milk from New Zealand to set itself apart from all other bottled milk teas.

The strong fragrance from the tea leaves, along with its creamy milk gave it a competitive edge against the other brands. 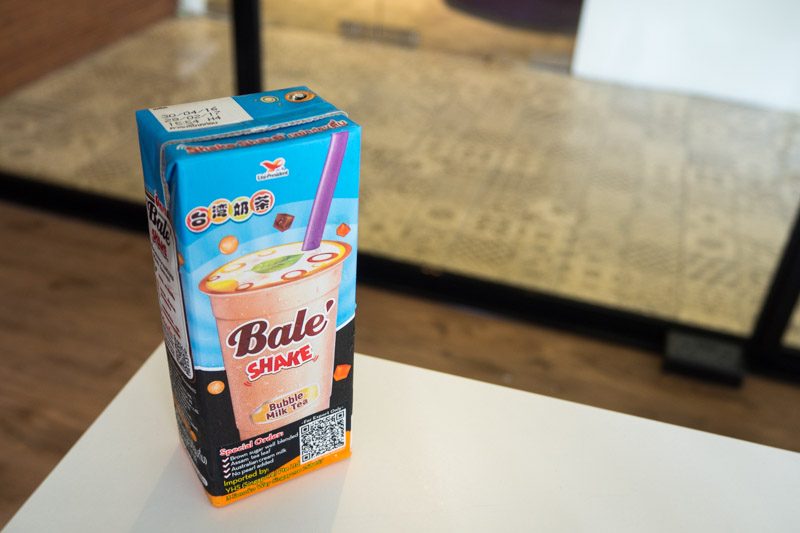 Bale’ Shake from Uni-President (Thailand) Limited is yet another brand that is uncommonly thought of when it comes to buying milk teas, but tastes so unexpectedly good! I feel like a kid sipping on it.

Coming from a land flowing with good milk teas, Bale’ Shake is far from a cup of cha yen, but it offers an alternative to Taiwan’s bubble milk tea when you can’t find a shop nearby. It is wonderfully creamy and rich, as sweet as what you’d get for a bubble tea at 50% sugar level, and fragrant from the assam tea leaves it uses, as well as a subtle caramelised taste from the brown sugar.

The results showed that Bale’s Shake had 40% that awarded it six stars, and a similar 40% of three stars, 10% respectively for five and two stars. Giving it a higher score than the others. 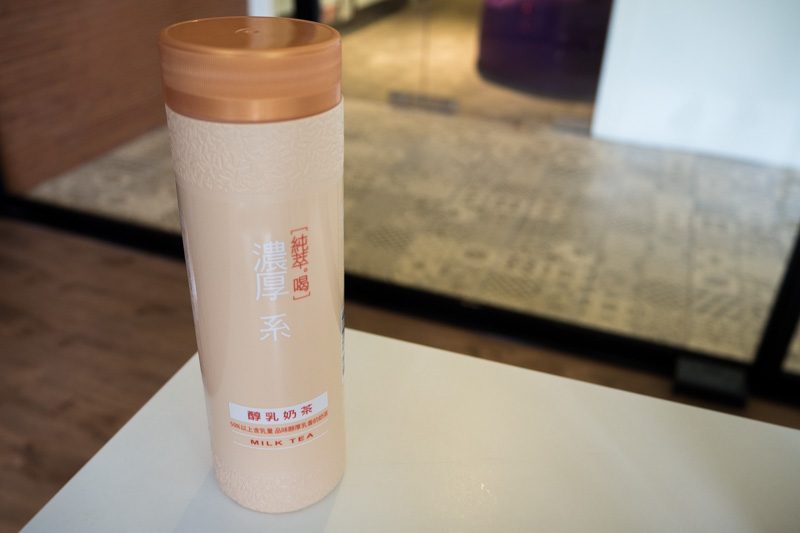 Surprise, Surprise! 純萃。喝 Chun Cui He actually tops the list! Your mind may tell you not to be associated with the majority that is crazy over this drink (overhyped la), but your taste buds actually like it if you ignore the branding.

純萃。喝 Chun Cui He milk tea had 70% of the taste testers giving it six stars, and the other 10% making up one, three and four stars.

Like us, you would have been surprised. Perhaps, the drink that disappears faster than a Pokemon escaping from the clutches of your pokeballs, has now proven to us skeptics that it is worthy of the hype. I’m still in disbelief at the results, and so is everyone else who rated it 6 stars.

Try out the blind taste test yourselves at home and let us know if you can tell the difference.

*This post was NOT sponsored by any milk tea brand, although we don’t mind if Chun Cui He could send us a few bottles of milk tea so we don’t have to desperately hunt it down.

Related article: 純萃。喝 Chun Cui He Milk Tea Craze In Singapore — Is It Worth The Search?