I’ve stayed in Kembangan for the past decade, so you can imagine how shocked I was when I stumbled upon Book Kee Kway Teow Noodle. This humble bak chor mee stall was just six minutes away from my house, and I never knew it existed until now. Located at 92 Jalan Senang, this stall has been here for the past 43 years and has been dishing out traditional bak chor mee ever since. Its original owner, Mr Poh, is still manning the stall and has even enlisted the help of his son to carry on the business. Though it’s slightly inaccessible (you’d have to walk for about 15 minutes from Kembangan MRT), Boon Kee Kway Teow Noodle is a cult favourite amongst the nearby locals and workers.

When I was there for lunch, I saw tons of people flocking to the stall—most were workers from nearby factories and office buildings, and a small majority of its customers were old folk who had been patronising the stall for years.

It’s clear that the stall is well-loved. Both Mr Poh and his son recognised their customers by their faces, and I’d see the cheerful pair wave at their loyal customers from time to time. They’d even call out their names as a greeting, all while churning out the next bowl of bak chor mee. 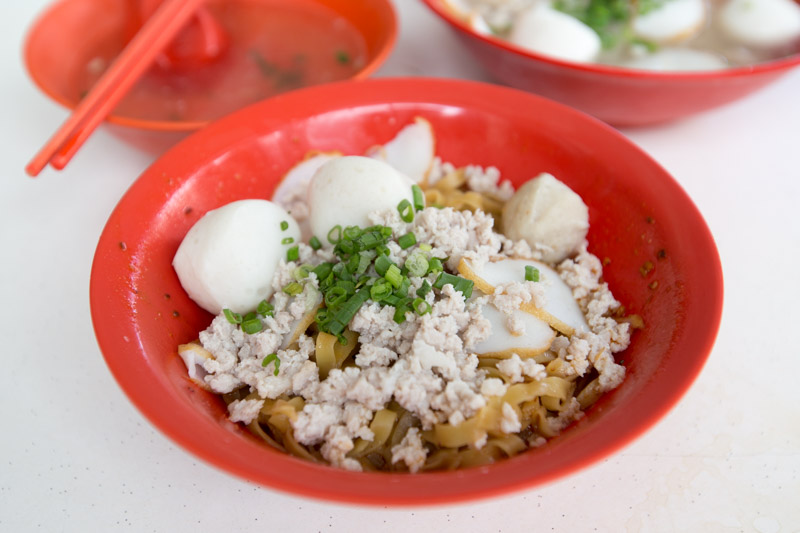 The Minced Meat Noodle (S$3/S$3.50) is a must-try. I was immediately wowed the minute the bowl of noodles was placed in front of me—just look at how much minced meat there is! I got the S$3 bowl, but you can also opt for the S$3.50 bowl if you’re feeling hungry. For just S$0.50, you’d get almost twice the amount of noodles, which makes the upsized version super worth it. Eager to try the bak chor mee, I slurped up my first mouthful of noodles. I instantly tasted the fresh spiciness of the chilli, which lingered on my tongue long after I had my last bite. Not to mention, I also loved how the egg noodles were slightly thicker than your average bak chor mee noodles, which meant that they had a nice bite to them. 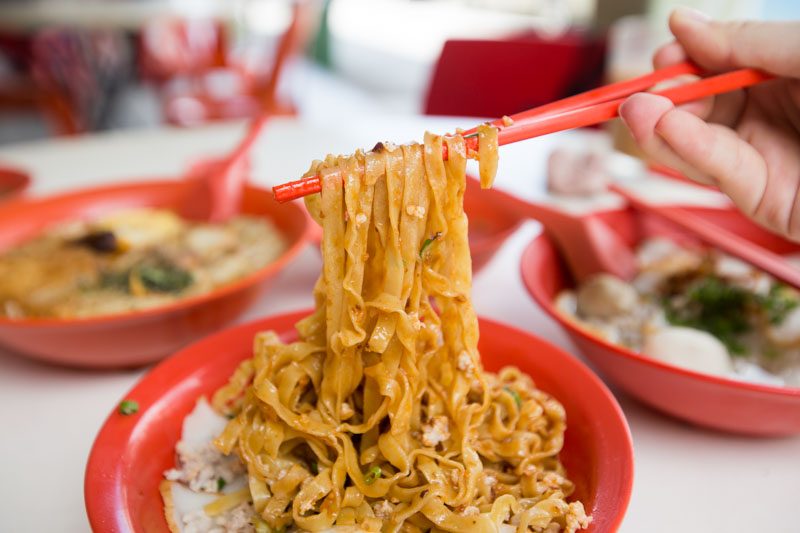 I’d suggest that you give the noodles a thorough stir—thicker noodles mean that you’d need to spend more time ensuring each strand was coated with an equal amount of chilli and gravy. Toss in a spoonful of soup if that would help to loosen up the clump of noodles. 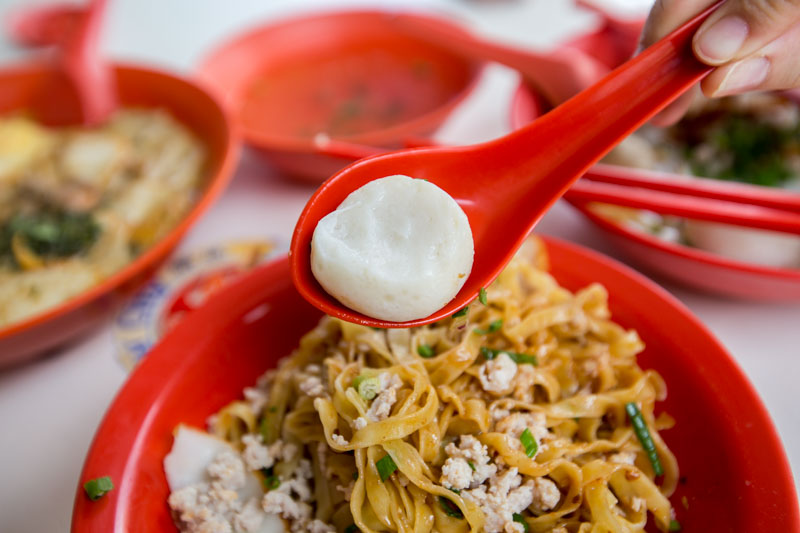 The minute I bit into the fishball, I could feel that the meat was taut and springy, a sure sign that it was freshly made. While Mr Poh cheekily replied that they actually don’t make their fishballs from scratch, what makes them different from other fishball noodle stalls is that they blanch their fishballs.

That means dousing it in ice water the minute it’s cooked, which ensures that the fishballs retain the bouncy texture. 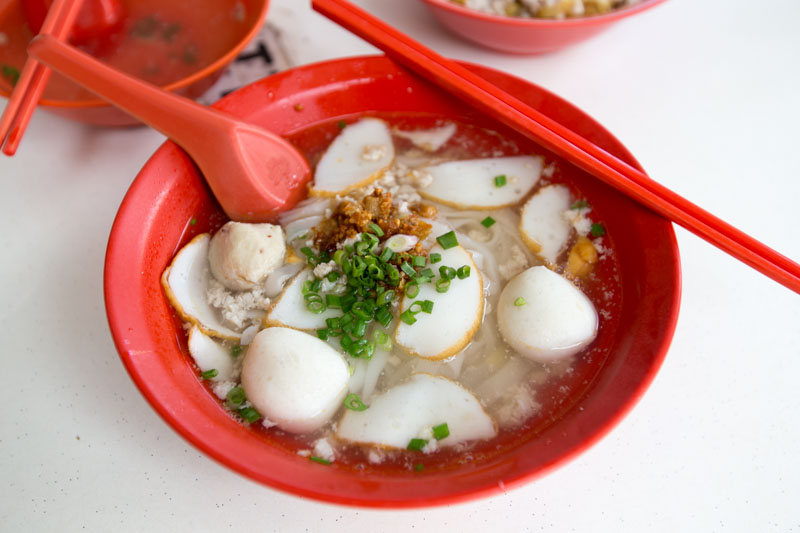 Comforting and soothing, this was a dependable bowl of kway teow noodles that I knew I could rely on when I was feeling under the weather or craving something soupy.

The one thing I really liked about this bowl of noodle soup was that its kway teow was thicker than regular flat rice noodles. To some extent, it almost reminded me of chee cheong fun in the way that the noodle strips were slightly stretchy and translucent. 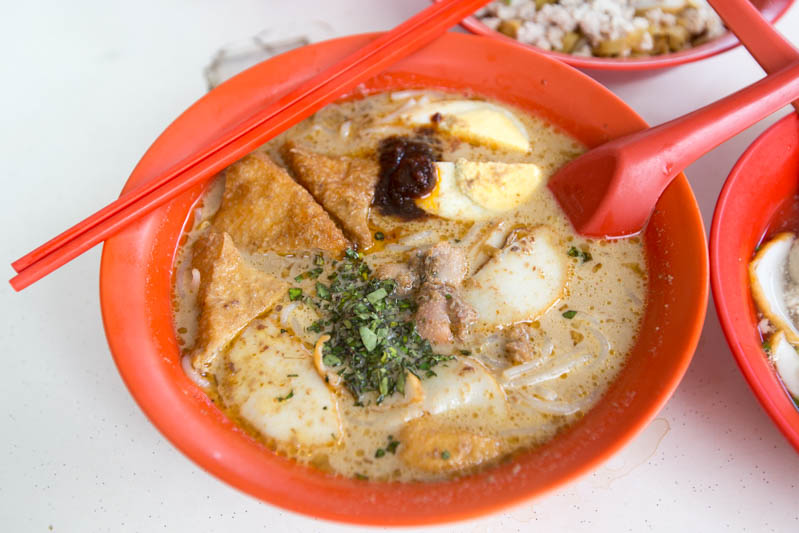 The Laksa (S$3) came in a big bowl, filled with thick rice noodles, taupok, egg slices, cockles, and fish cakes. Impressively, Boon Kee Kway Teow Noodles makes its own laksa rempah paste from scratch. The family even grows their own laksa leaves in their backyard! 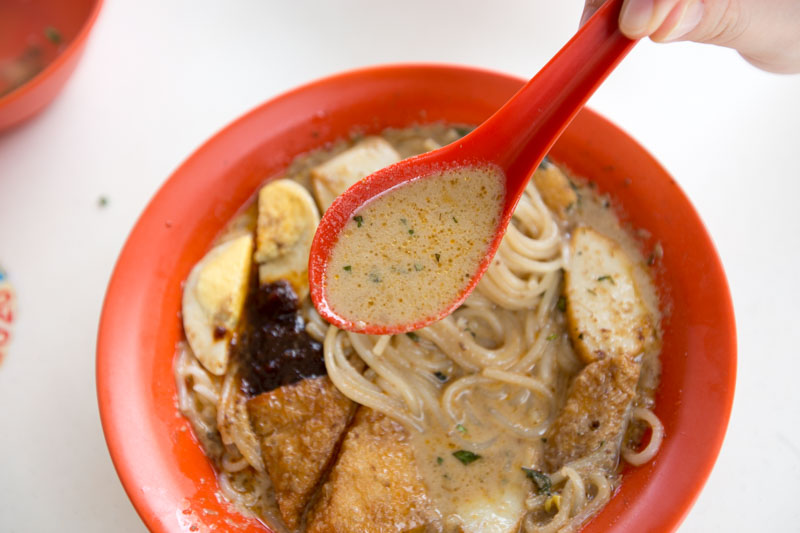 The laksa soup was incredibly rich in flavours. I could taste the fragrant coconut milk, the smokiness from the rempah, and a gritty sweetness from the dried shrimp, and a slight hint of spice from the chilli. Despite that, the laksa’s texture was still light, like soup rather than gravy. 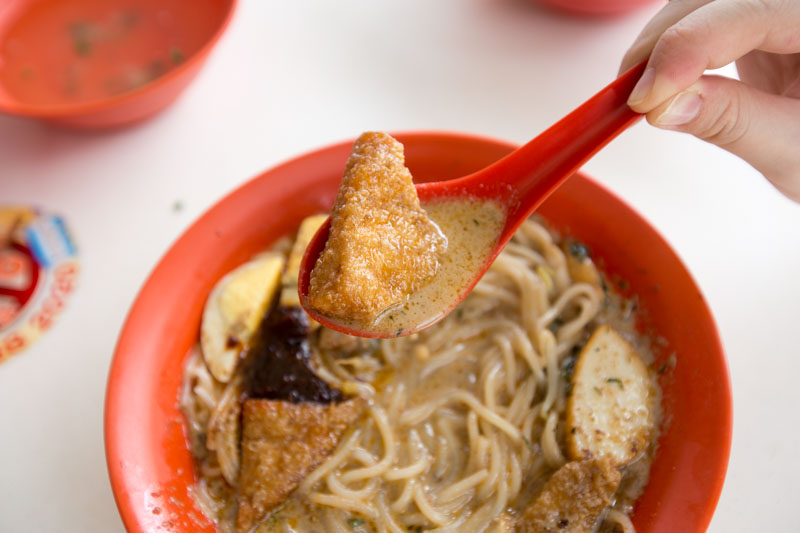 Out of all the ingredients in the bowl of laksa, my absolute would be the taupok. It was freshly deep-fried, so the texture was still firm and crisp on the outside, while the inside was still tender and soft. It soaked up the lemak laksa soup easily, like a dry sponge in water. When I thought I was done with my meal, I saw Mr Poh rush out from behind the stove, carrying a bowl of noodles in his hand. “This is our secret dish, you have to try it,” he gushed. This was Mee Tai Mak (S$3) that had been cooked with black soy sauce, just like KL-style Hokkien mee. I loved it that it was similar to its bak chor mee—it had a generous amount of minced meat, fishballs, meatballs, and fish cake—but unique in its own way too. Its rat tail-shaped noodle strands (thus its name in Chinese,老鼠粉, which translates to “rat’s tail noodles”) were coated generously in black soy sauce, which gave it a sweet and roasted tang.

For just S$3 a bowl, Mr Poh’s traditional bak chor mee and kway teow noodles were really cheap and he was super generous with the portions too. When I told Mr Poh I stayed six minutes away from his stall, he playfully replied: “That means I’ll see you back here next time, ok?” I laughed, nodded my head, and promised to come back. See you soon, Mr Poh!

Up your Valentine’s Day game with fried chicken & fries bouquets...