Cafe de Flore: Have Brunch In A Garden At This Paris-Inspired Cafe In Johor Bahru

Perhaps you’ve heard of the famous Cafe de Flore in Paris, which opened in 1887 and was Pablo Picasso’s hangout spot. But Paris is a long way from home, so maybe you can check out what Cafe de Flore in Mount Austin, Johor Bahru has to offer instead. 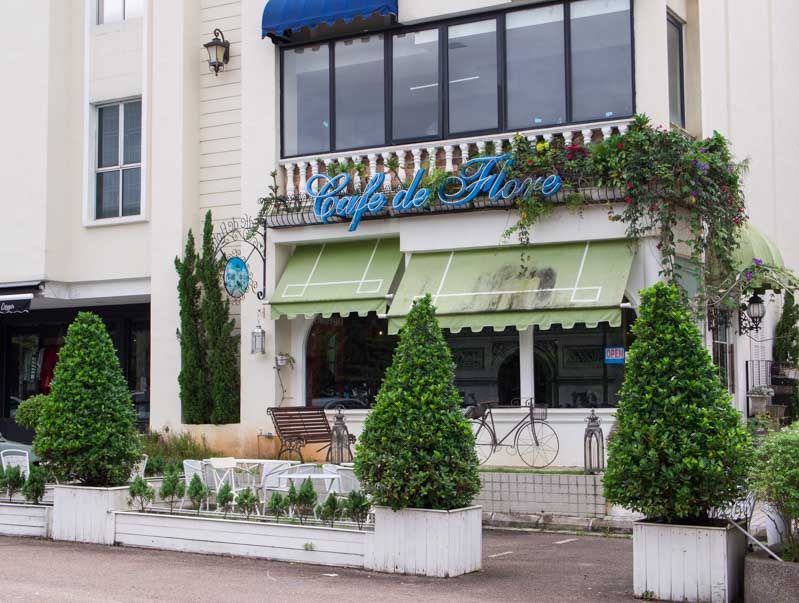 As the name suggests, this cafe in Malaysia drew inspiration from the mega-popular Parisian cafe of the same name. Once I arrived at the location, I could immediately tell that this was one very Insta-worthy cafe. 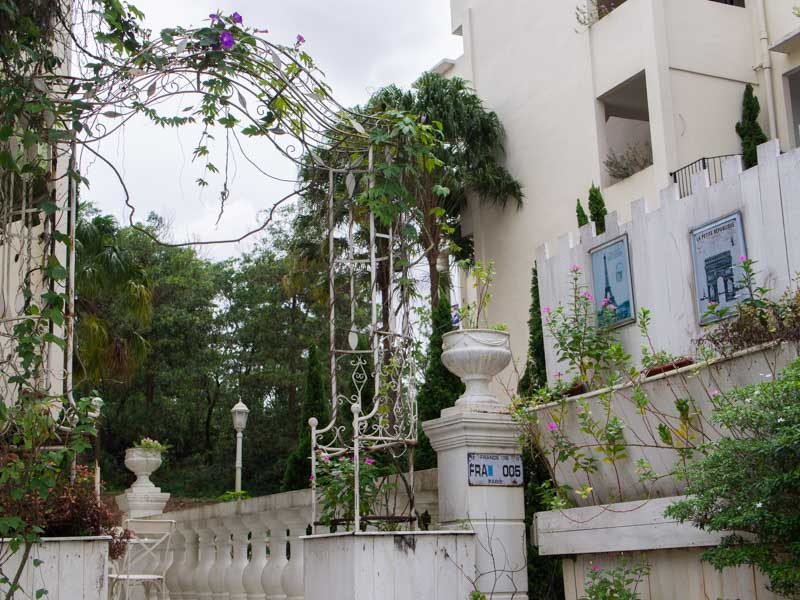 The lush greenery and vibrant flowers make for a perfect backdrop, and the exterior decor gave off a very homely feel. It could use a little more flower though, because it seemed like there was too much green (if there’s such a thing).

It would be amazing to sit outdoors on a breezy day to just dine and chill; you’ll almost feel like you’re in a pretty little garden in Paris. 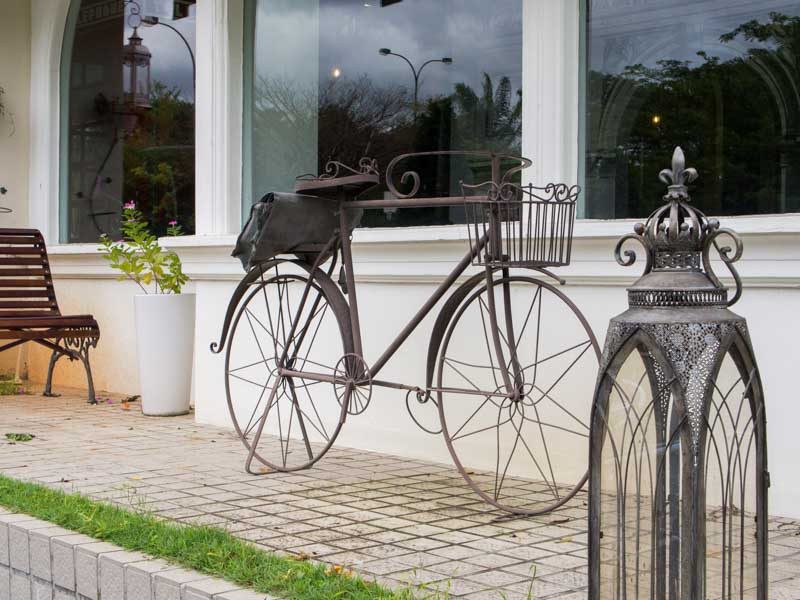 When you’re there, you’ll soon spot a vintage bicycle stationed outside the cafe. It looked old so I wouldn’t try to get on it, but it’s a nice “prop” to have in your OOTD shots. The interior of the cafe didn’t look as dreamy as it did on the outside, but it was still decent. Colourful chairs and chequered tiles helped to spruce up the place.

After taking photos for the ‘gram outdoors, it was about time for us to fill our stomachs. One great thing about this place is that there’s an all-day breakfast menu, so if you’d like to have an English breakfast at two o’clock in the afternoon, nobody’s stopping you. 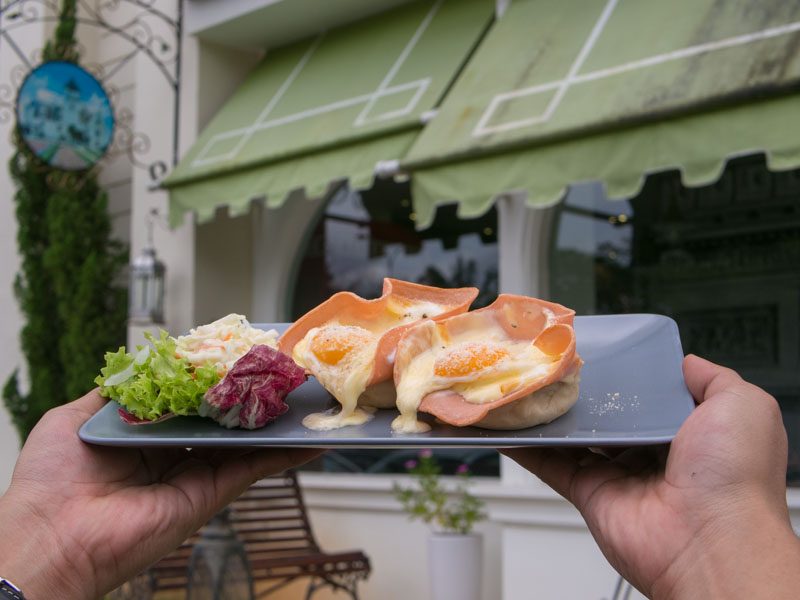 When the Juicy Ham Muffin was served, I was only thinking of one thing: I needed to Insta-story this thing. It looked really good, with the runny eggs resting on top of big ham slices.

The taste was pretty good too; it was very satisfying to get a mouthful of the egg, ham, cheese and muffin all together at once. The chicken ham was a little dry though, contrary to what was advertised as “juicy ham”. 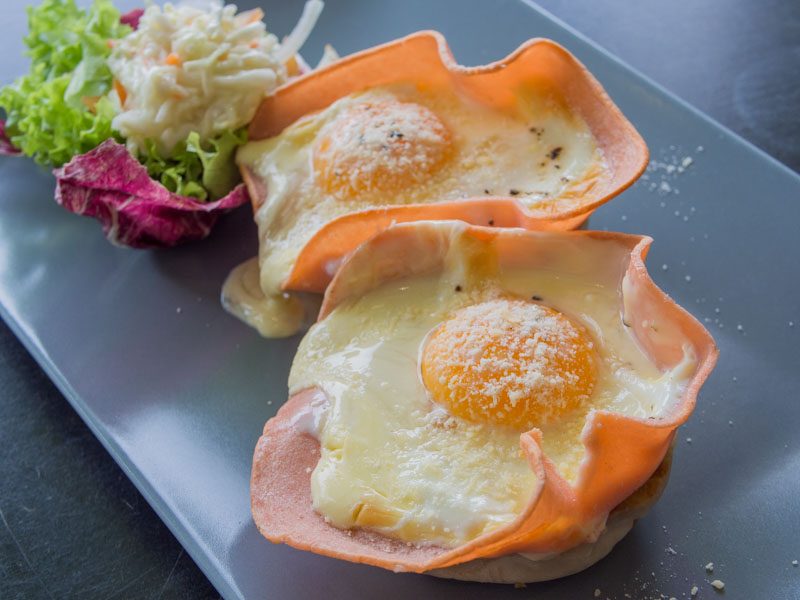 But, it was still a savoury dish, and along with the salad on the side, it would make for a hearty breakfast on a Sunday morning. 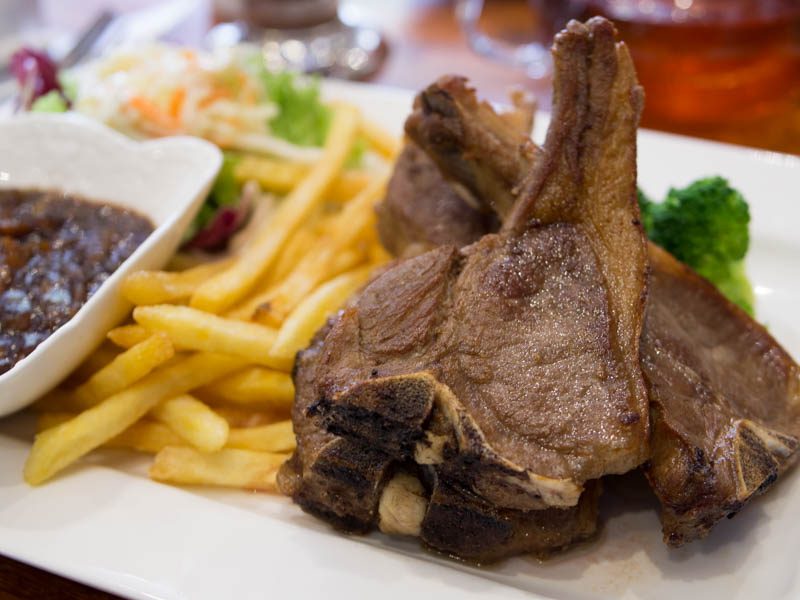 Then came the Grilled Lamb Rack, which I was excited for, but it didn’t turn out as good. It was served with fries, broccoli, and a secret recipe sauce that honestly didn’t appeal to my taste buds.

The lamb was decent but nothing special. I’m pretty sure I could do the same on a barbecue pit outside a chalet; I just have to buy the meat from a supermarket first.

It was probably slightly overcooked as well because it was a little dry, but it’s lamb after all, so I still ate the lot. I was not a fan of the secret recipe sauce. It tasted sweet, which I felt did not complement the flavour of the lamb that well. So I ended up eating the lamb without the sauce at all.

The fries were not very good as well, as they were soggy and too greasy. It made me miss my McDonald’s fries. Overall, I’d recommend you try something else on the menu and hopefully it’ll be more worth it than the lamb rack I ordered. 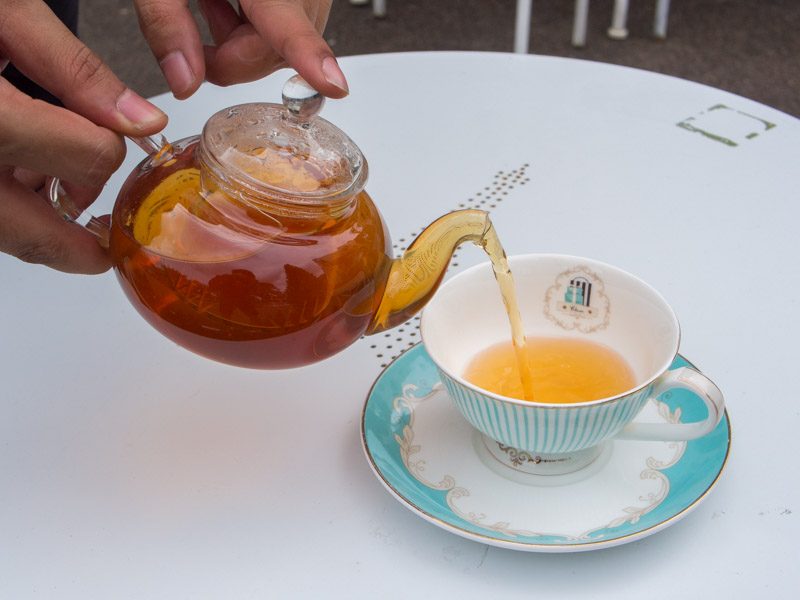 The black tea came in a beautiful transparent teapot with a nice little cup on the side. I really liked the tea; it was very aromatic with a whiff of earl grey. It had a light and minty taste that went smoothly down my throat. 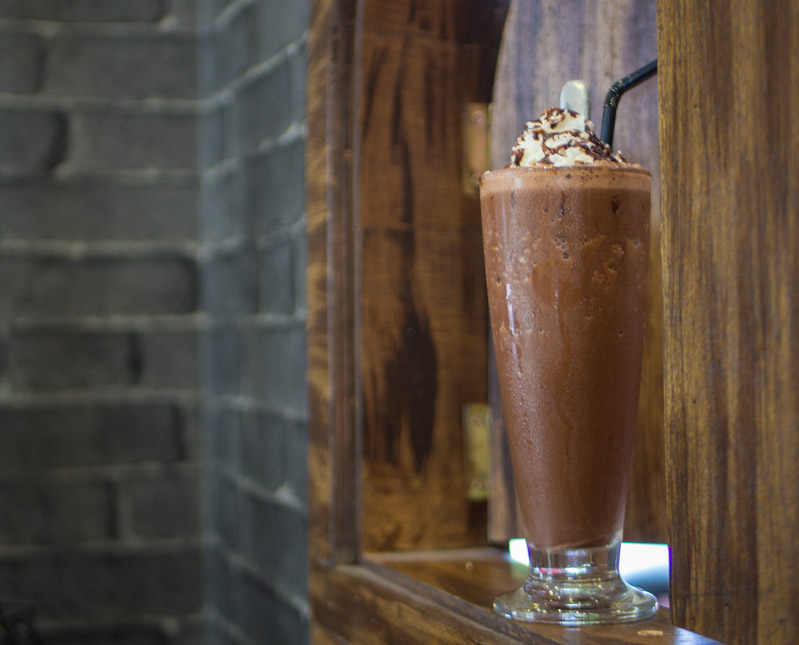 I love ice-blended drinks, and the Ice-Blended Double Chocolate Chip was a sweet treat. It had a slightly bitter dark chocolate taste to it, which was great. 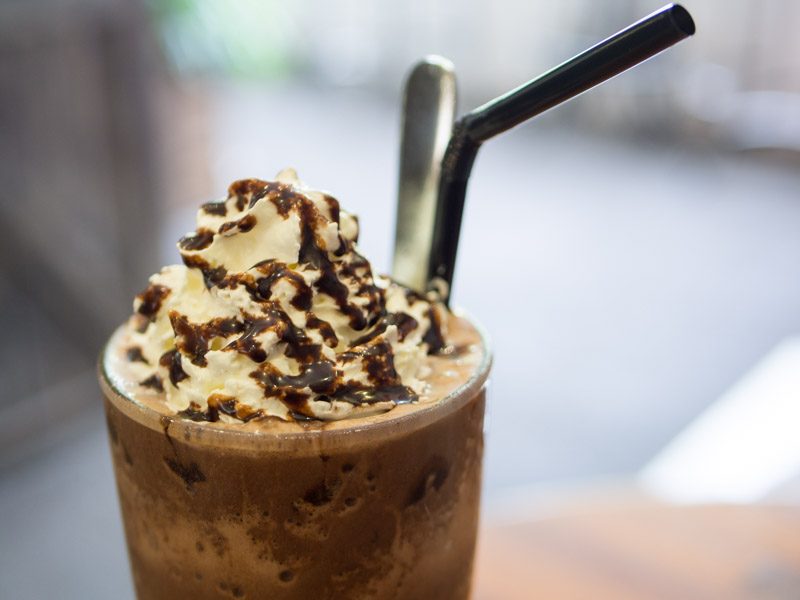 It had a sandy texture due to the chocolate chips and the crushed ice, but that’s not a problem, unless you can’t chew. Along with the whipped cream, this is the kind of drink that would be perfect on a sunny day. 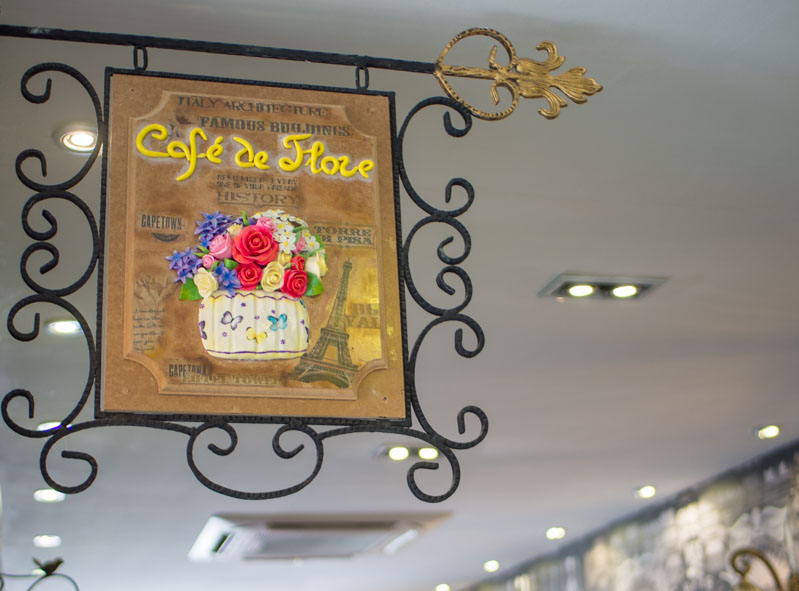 I haven’t been to Paris before, so I can’t say how the Cafe de Flore in Johor Bahru stacks up against the legendary one in France. The one in Malaysia is certainly a lot more accessible though.

I wouldn’t say that you absolutely have to visit this cafe if you ever set foot across the border, but if you’re just chilling and walking around Mount Austin, this could be a good place to hang out.

Just make sure that your phone battery is charged, because you will want to post something up on Instagram.