If you’ve passed by People’s Park Complex, you’d have noticed a mini-food street of Chinese snacks just outside, between the building and Chinatown MRT Exit A.

While it may seem intimidating, especially with names like ‘biang biang’ noodles and xi an liang pi (don’t worry, it’s not skin), there’s actually a trove of delicious street snacks waiting to be discovered.

We spent a whole afternoon savouring snacks from different stalls and here are some of our favourites. 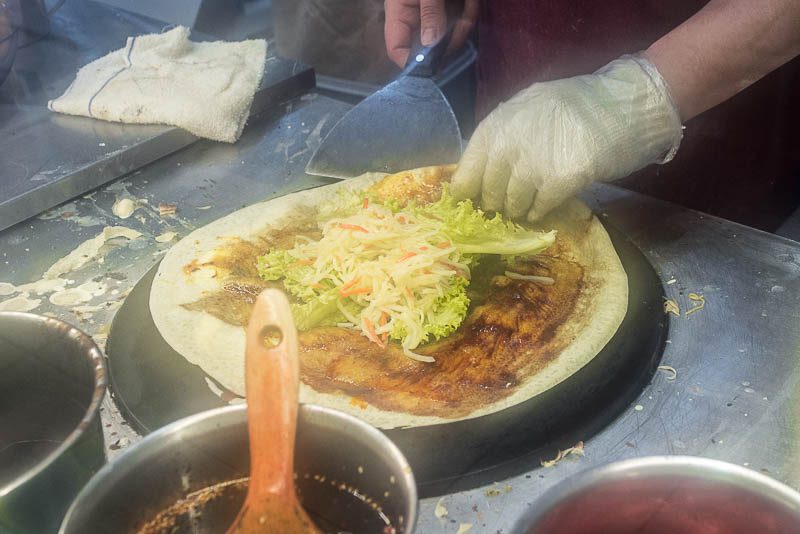 One of the most popular street foods in China, it is a savoury pancake that is often eaten for breakfast. Similar to a crepe, it is made-to-order and slathered with both hoi sin and chilli sauce before a variety of fillings such as vegetables, eggs and meat are added. 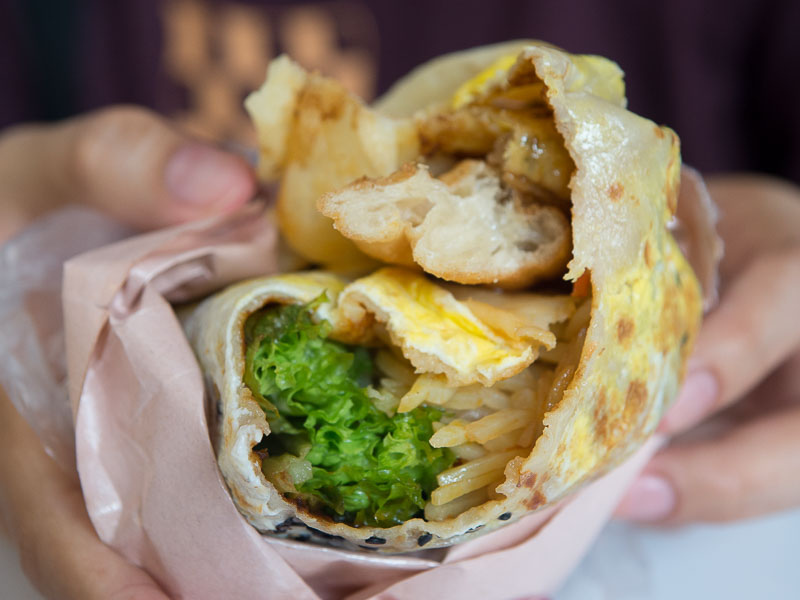 Our vegetarian jian bing ($3) arrived piping hot in a paper bag and filled with ingredients such as lettuce, spring onions, thin potato strips and a piece of youtiao, or dough fritter. We especially loved the contrast between the thin chewy pancake and crunchy vegetable fillings.

Fair warning: eating this can get a little sloppy so remember to have some tissues on hand! 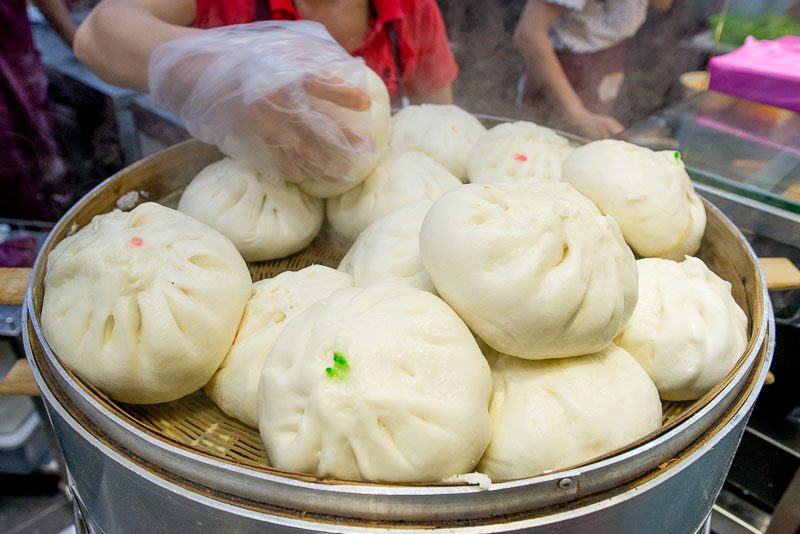 In Singapore, we’ve got a pretty respectable variety of fillings for pau — chicken, pork, lotus paste, red bean and more. But beef? That’s a first for me so I definitely had to try one. 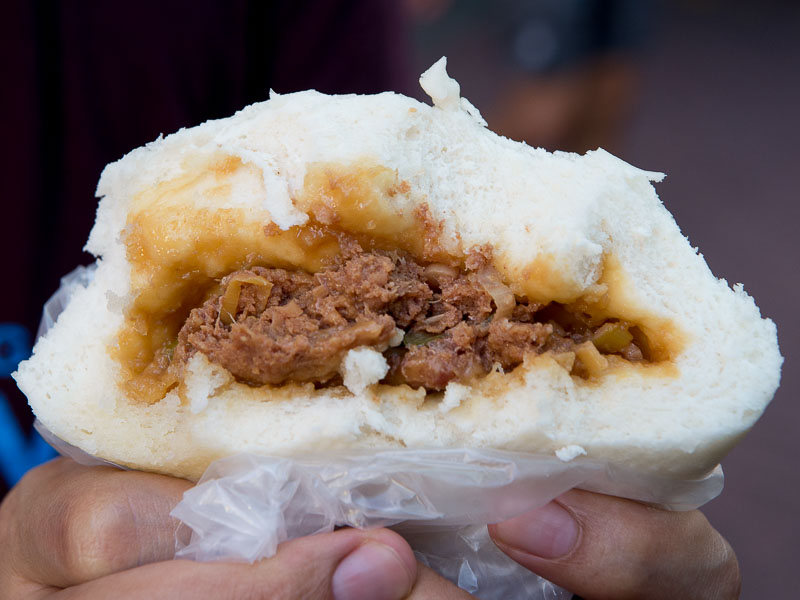 Taste-wise, it was savoury and similar to our local meat pau, albeit with a slightly stronger hint of ginger. As for the beef filling, its soft and loosely-formed texture was an interesting departure from our local big pau which tends to bring a little ‘snap’ with every bite.

Requiring a whopping 62 strokes to write, there are many theories as to how this Chinese character is related to the noodle dish from Xi An, China.

Some claim that it was used by a broke student to fleece a meal of noodles from an innkeeper, while another suggests that the many strokes reflect the many tastes and textures that the dish brings. The biang biang noodles ($5) arrived in a big bowl with a huge amount of noodles topped with chilli flakes, some vegetables and an orange sauce for us to mix up before eating. While the orange sauce didn’t taste like much on its own, it did help with making the noodles easier to slurp up.

The chilli definitely added some much-needed flavour to the dish. The thick noodles were extremely springy and chewy, to the point where it’s probably an acquired taste — you’ll either love it or hate it.

Be quick with your photos because the lack of any soup or broth means that the noodles get sticky real fast. 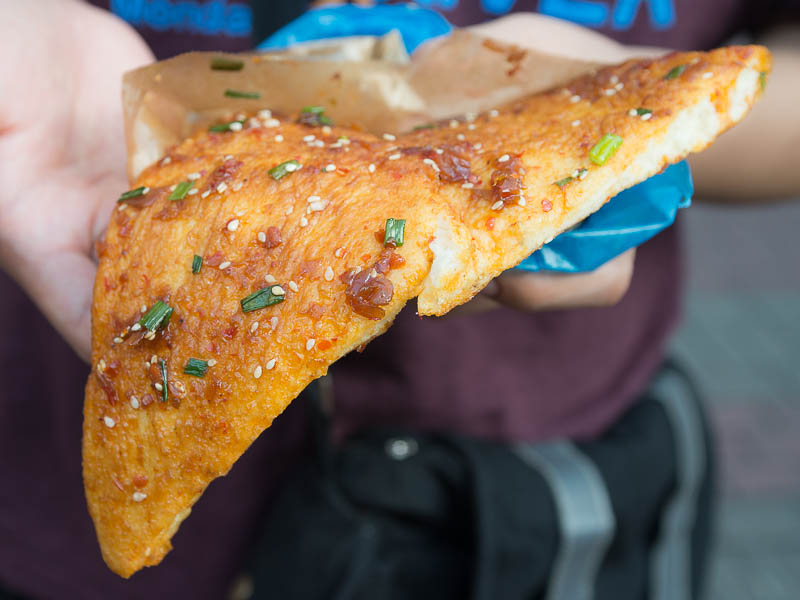 Cut into a triangular shape, the Jiang Xiang Bing ($1.50) looked like a pizza. Topped with a mixture of fermented bean and chilli sauce, this savoury pancake truly lived up to its name. And, the sesame seeds added a little burst of nutty fragrance with every bite.

The dough was chewy and airy as well, though the portion was so huge that both my dining partner and I struggled to finish just one of it! Dense and chewy, the Steamed Pumpkin Cake ($2) reminded me of our local ‘fa gao‘ or ‘huat kueh‘ sans the sweetness in the cake itself. Eaten plain, it’s essentially tasteless.

Thankfully, the sprinkling of large raisins helped to provide some sweetness to the snack. Probably more well-known and commonly found in Singapore than the Biang Biang Noodles, the Xi An Liang Pi ($3.50) is a similar noodle dish, albeit with thinner noodles, a more savoury sauce base and of course, served cold. Aside from chilli oil, there was also a good helping of vinegar as well as smooth peanut sauce. Mix it all together and you get a complex sauce base boasting spicy, savoury and acidic flavour profiles.

Personally, I preferred this a lot more to the Biang Biang Noodles. 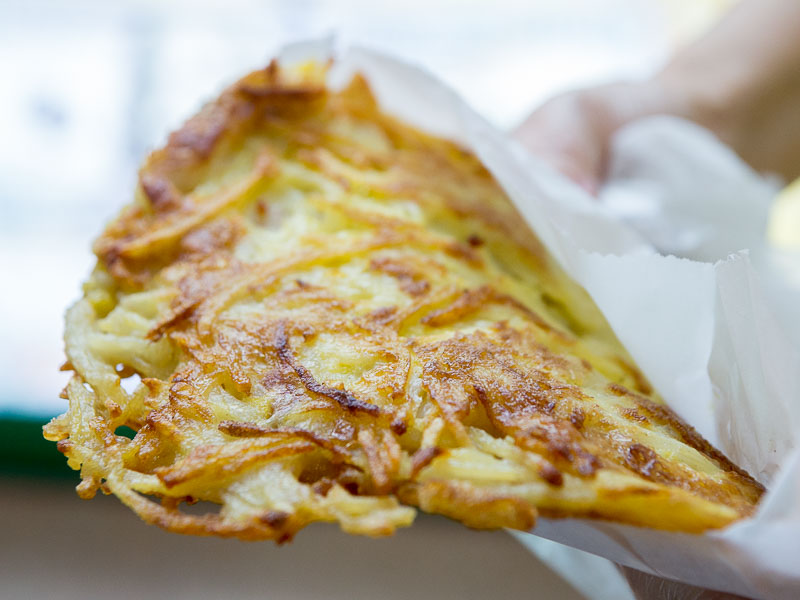 Intrigued by the name, I wondered if the Fried Potato Pancake with Bacon ($2) would taste the same as a Swiss Rosti. The verdict? It’s actually almost comparable!

Shreds of potato are fried to achieve a crispy and slightly charred exterior on all sides. It did get a little chewier towards the centre which suggests the presence of some kind of flour batter as well.

The chunks of bacon scattered throughout the pancake were a welcome touch that provided some variance to an otherwise monotonous snack — I only wish there was more bacon but at a mere $2, I’m not gonna complain. 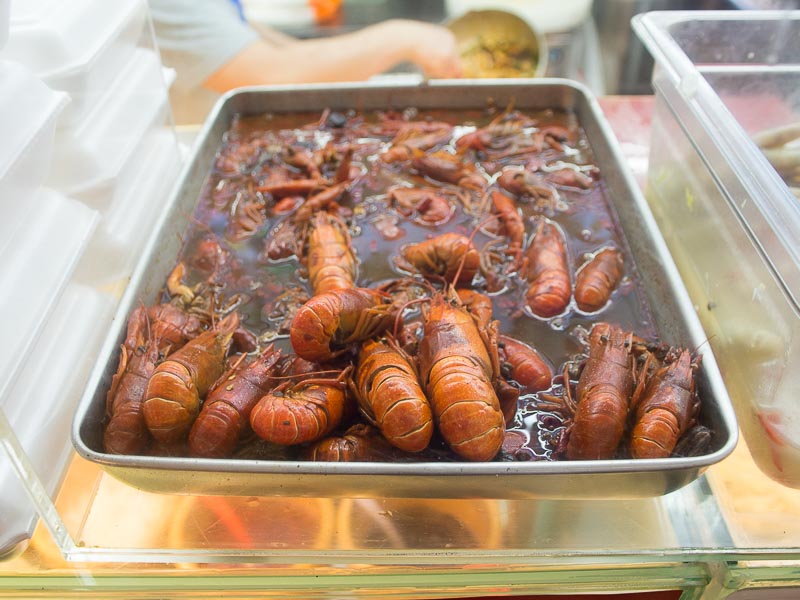 Don’t worry, it’s still a snack stall despite its name.

Soaking in a potent-looking mala sauce, I was initially hesitant to try the Mala Crawfish ($10/250g) but eventually gave in because it looked too interesting to give it a miss. For $10, we got around eight pieces of crawfish. 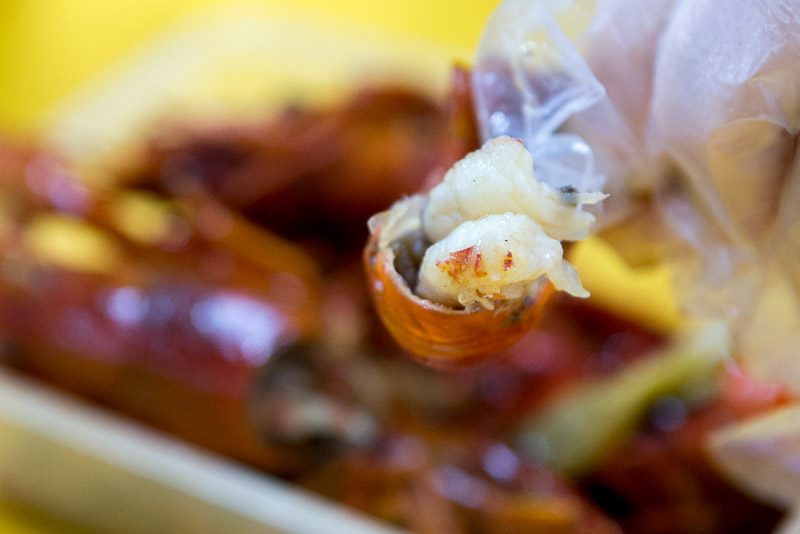 Crawfish are like mini lobsters and are eaten quite easily: just hold the tail in one hand and the head in another, and twist to reveal the incredibly sweet and succulent flesh. Dip them in the slightly spicy mala gravy and you’ve got yourself an addictive time ahead of you.

Don’t worry, plastic gloves are thoughtfully provided so you can savour the crawfish without dirtying your fingers. While the stall itself doesn’t provide seats, you can head to People’s Park Complex Food Centre just a few steps away for seats and a soothing glass of sugarcane juice. 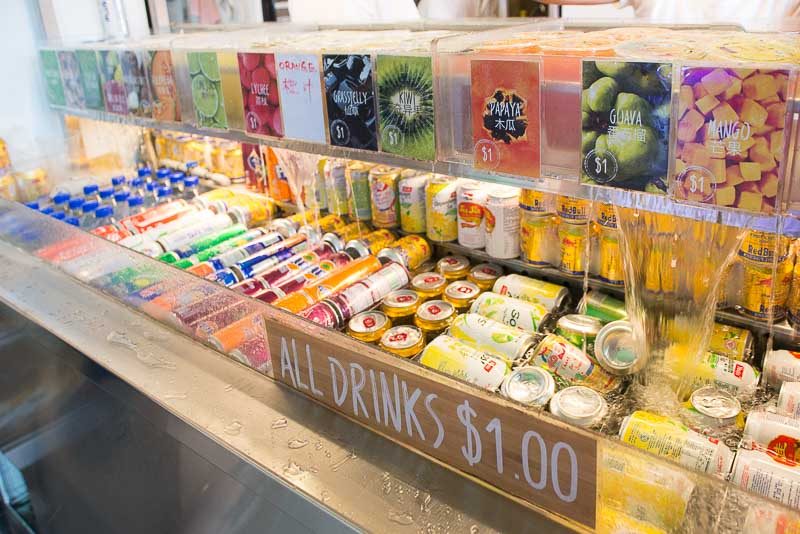 Eating all that food can get a little heaty but fear not, there’s a few stalls throughout the food street selling fruit juice at just $1. There are a wide variety of options available here ranging from staples such as apple and orange to uncommon juices such as kiwi and even rock melon!

If you love doing snack trails but are sick of what pasar malams and shopping mall basements have to offer, you should give the street food at People’s Park Complex a try!