Private home dining is slowly getting more popular, with more people opting for the quiet intimacy of literally dining in their chefs’ houses. 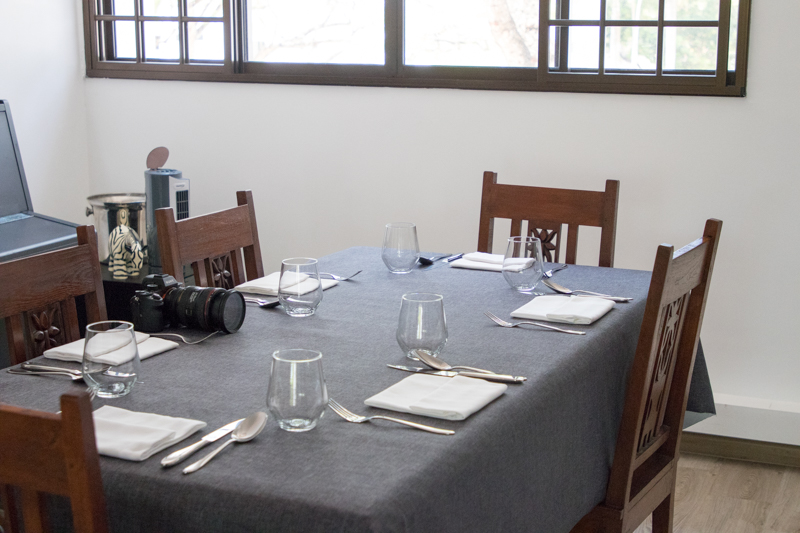 One such private home dining concept, or supper clubs as they call it nowadays, is Dearborn Supper Club. 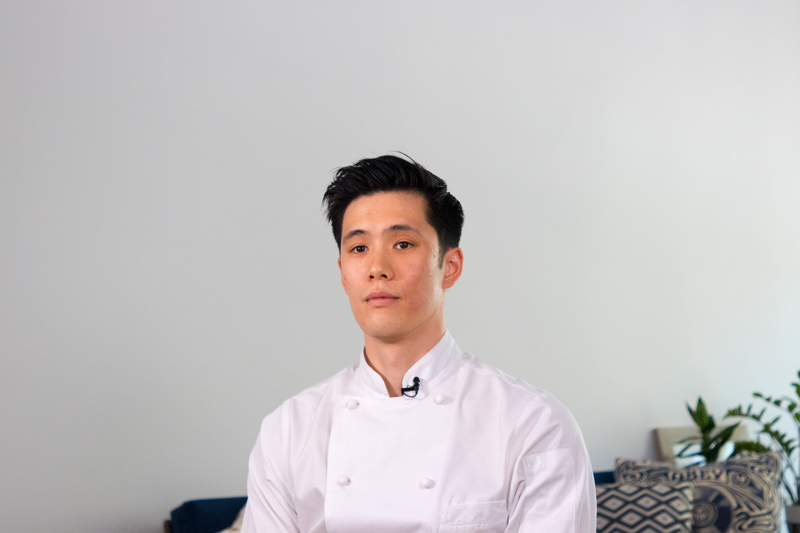 Dearborn Supper Club is run by the handsome Chef Christopher Kong, who has a resume that would make other chefs jealous. 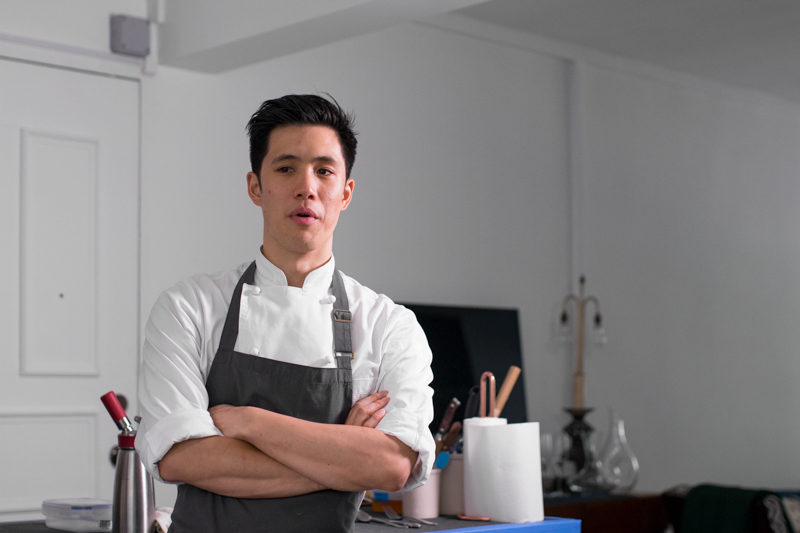 The 32-year-old worked at Waku Ghin, a two-Michelin-starred restaurant, where he worked the teppan grill for a year. This was after working in the kitchen of Guy Savoy Singapore for two years previously.

Christopher didn’t just stop there, he then packed his bags for New York where he was a sous chef for NoMad, a one-Michelin-starred contemporary American restaurant in New York.  His biggest takeaway from there was definitely having an idol he looked up to, Daniel Humm, co-owner and Head Chef of NoMad. Christopher started to enjoy cooking at a tender age of 13, when he represented his high school in America at mini cooking contests which he and his team won.

He and his team then went on to represent the state and for three consecutive years, they held the title of national champions. 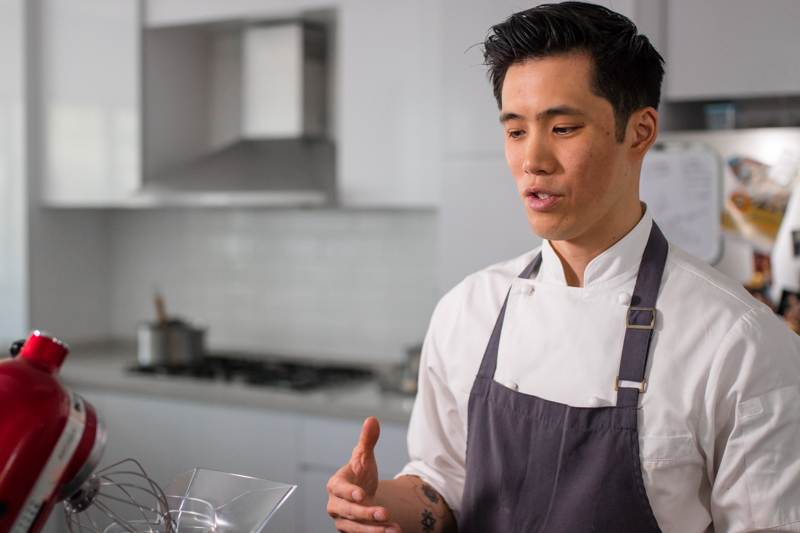 However, the thought of becoming a chef never really occurred to Christopher even when he was working at his parents’ Italian restaurant in Seattle since he was 15 years old.

When he was 19, however, a special event changed his perspective. A couple walked into the restaurant and the man had requested for Christopher to cook them the best meal he had. To his surprise, the man then proposed to his girlfriend.

After that special day, Christopher realised that cooking can be a special way to contribute to someone’s life. After graduating from Western Washington University with a business degree, Christopher decided to reconnect with his Asian roots. He decided to fly to Malaysia to work at a zi char restaurant owned by his father’s friend.

Then in 2010, Kong moved on to work at a seafood restaurant in Kuala Lumpur, Malaysia where he familiarised himself with Asian cooking methods.

Fast forward to the present day, Christopher came to Singapore with his wife, Kristy.

He never intended to start a supper club. But from inviting friends and family over for meals, it has slowly evolved into what we know today as Dearborn Supper Club. “Dearborn is an exit from the highway in Seattle where I grew up. As a child waiting to turn into this exit for dim sum on weekends, there was this sense of anticipation of eating with family and friends. This was the feeling I try to evoke here at Dearborn Supper Club,” Christopher explained. Operating from his cosy HDB apartment in Bedok, Dearborn Supper Club is Christopher’s take on modern American cuisine with a focus on seasonal ingredients. 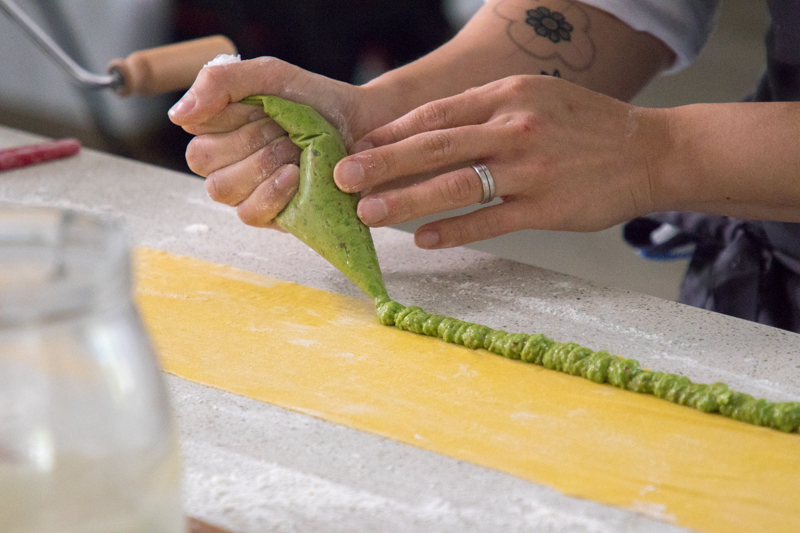 With his experience in working for a larger kitchen, Christopher has seen the amount of food wastage that usually happens. Deciding to play a part in helping to reduce wastage, Dearborn Supper Club emphasises on greens, grains and sustainable seafood. 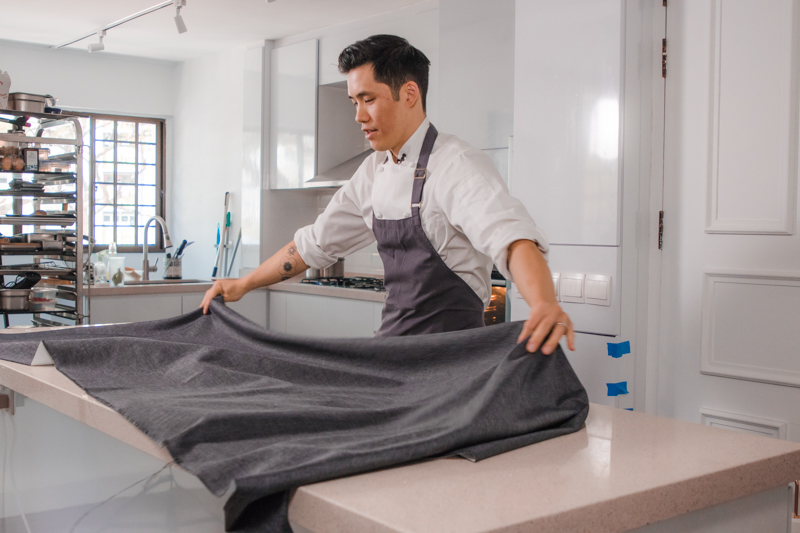 Not everything has been smooth sailing though.

Running a supper club by himself meant that he had to take on several roles simultaneously, from taking care of marketing to cooking, and even having to take the orders himself. Moreover, Christopher used to have a team working with him, bouncing off ideas and sharing the workload. But now, he’s running a one-man show.

Sourcing for ingredients is another daily struggle. As a small business, Dearborn Supper Club doesn’t qualify for deliveries unlike larger kitchens so Christopher has to source for them personally. “I head over to places like Tekka market for spices,” he adds. 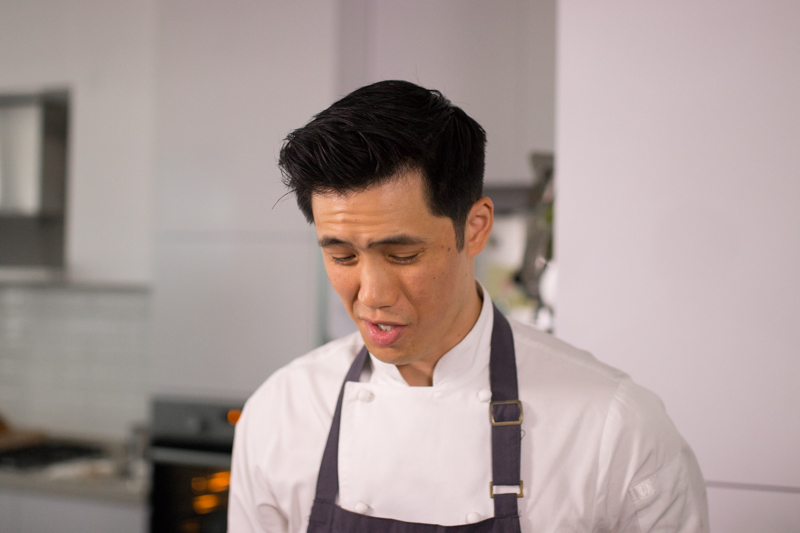 As a result of all these obstacles, Christopher explains that it is a very tedious process and he gets a mere five hours of sleep on average.

But this has not stopped him from taking in reservations. At the time of the interview, there is an astounding waiting list that stretches on for seven months.

The supper club offers a 6-Course Menu with a welcome drink of still/sparkling water and coffee/tea for S$138 nett per head. As it is “ a relaxed environment and guests should feel welcome”, guests are encouraged to bring their own wines with no extra corkage charge. 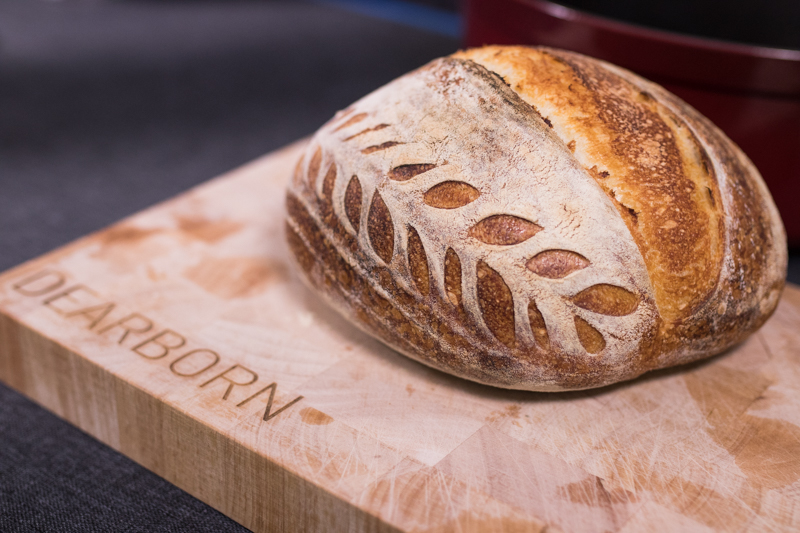 I tried a couple of the signatures that Christopher offers, starting off with his classic Sourdough Bread that uses a homemade starter.

The starter is made with a mixture of flour and water, allowing microorganisms like wild yeast to live in it. 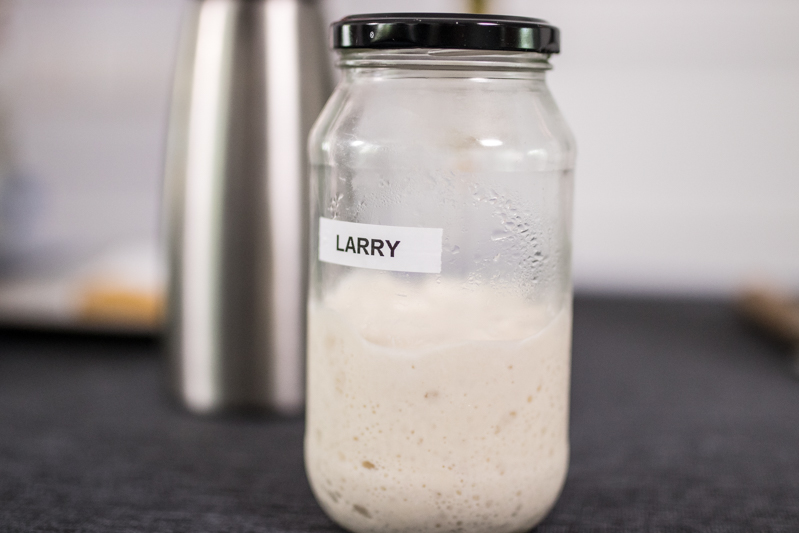 When added to the bread it allows the bread to rise, giving it taste and texture.

Named after his friend Larry, Christopher emphasises the importance of this starter. Because it is a “living thing”, he needs to feed it daily so if he travels he would have to ask family members to take care of it.

As a result of this homemade starter, Christopher bakes golden brown crusted sourdough bread with an airy centre. “The bread we make here isn’t consistent and is dependent on the weather and many other variables,” Christopher explained as he took the bread out of the oven. “If it was a rainy day the bread would be slightly moister and with the air-conditioning turned on, it gets a little stiffer,” he continued. The bread we tried had a crispy crust with an almost pillow-like inside with its large air pockets. The crust had a caramelised sweetness paired with a mellow earthiness, while the inside was very subtly sour. 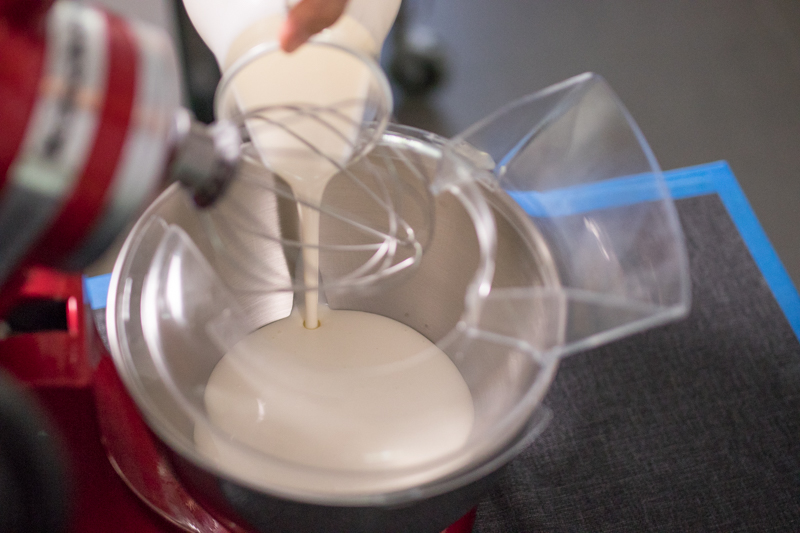 I enjoyed the bread with Christopher’s homemade butter, which he made by splitting fresh cream. Whipping the butter gives it a creamy and airy texture, and Christopher also adds a sprinkle of sea salt flakes. The difference in temperatures between the cold butter and the warm bread was very satisfying. This was followed by the creaminess of the butter rounding off the flavours of the bread and the sea salt giving a sharp kick at the end. 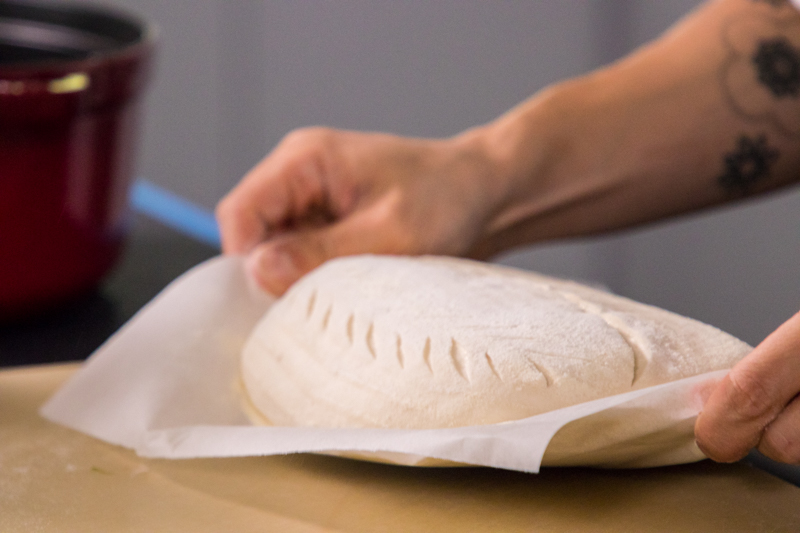 The bread was definitely our favourite as we were in awe with how good homemade bread could be. The homemade butter was sensational too, with a consistency like whipped cream, light and luscious. 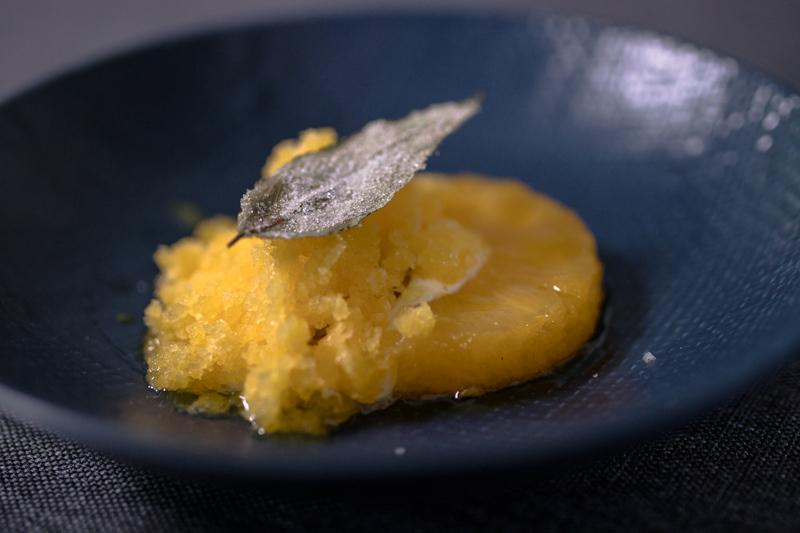 Another one of the dishes I enjoyed was the dessert, a Pineapple With Yuzu Granita. There were many different elements on the plate each bringing a different texture, flavour and temperature. The large pineapples were extremely juicy and naturally sweet. The dish is then layered with freshly pumped cream made with an olive oil base before being topped with some salt and olive oil. 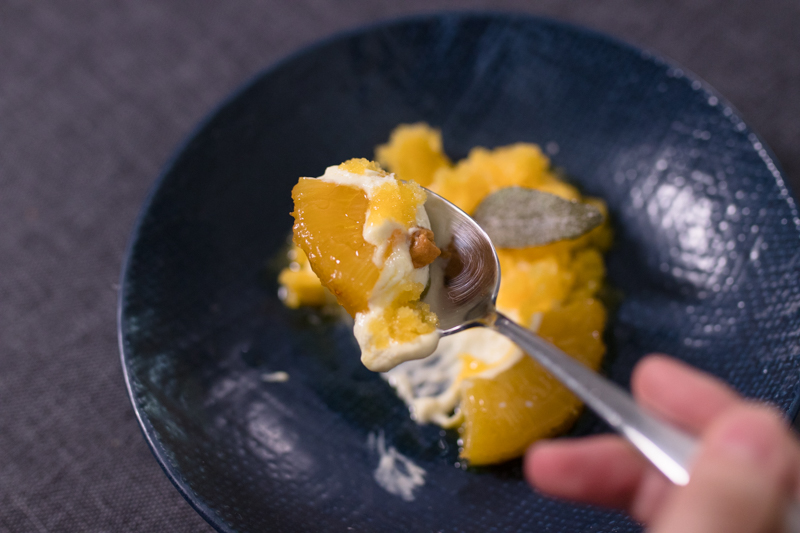 Served on the side, the yuzu and chilli granita gave a sharp citrus kick to the dish and its icy cold texture also contrasted with the pineapples.

The sprinkling of salt accentuated the sweetness of the pineapples and the olive oil base cream rounded off the dish with a buttery texture. I was shocked initially to find out about all the unorthodox dessert elements in the dish like olive oil, salt and chilli. Despite that, every mouthful I took brought out new and interesting flavours. 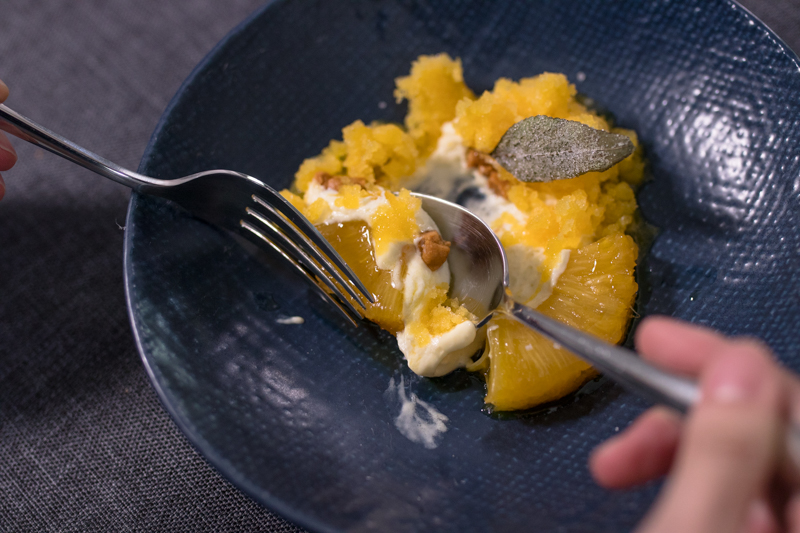 Having so many layers of textures and flavours made it a truly spectacular dessert and ended the meal on a high note.

Dearborn Supper Club may be the first-ever supper club I’ve been to, but it has set the bar so high that I cannot imagine another supper club beating this experience.

Mind you, this was Christopher working from home with household appliances instead of state-of-the-art kitchenware he was previously used to. And all without a team, too.

I would definitely recommend you jump on the bandwagon and get on the waiting list to try this astounding six-course private dining.