You’re probably tired of hearing about new bubble tea creations following the recent craze that has yet to cease.

We were stuck between being intrigued and very sceptical. Bubble tea toast is definitely not a new creation, but I was interested to find out how my go-to student meal restaurant chain would fare. 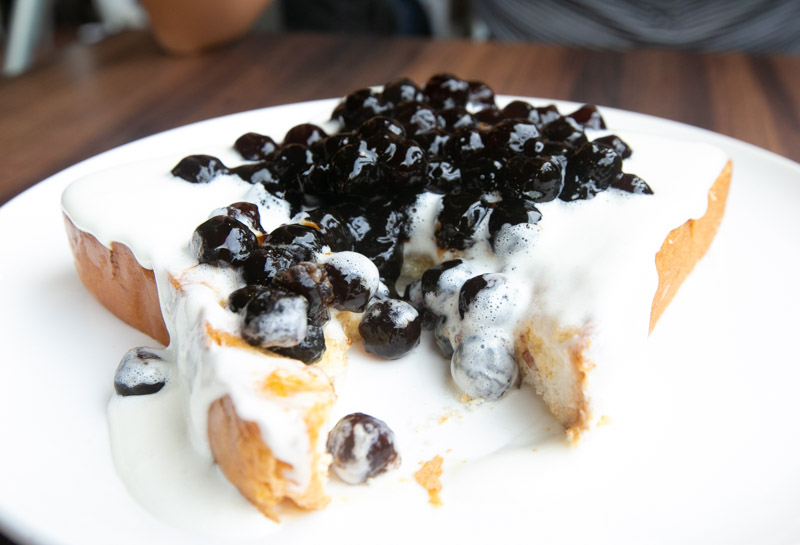 I was unable to fathom how the gooey tapioca pearls would complement a conventionally crispy toast. It’s probably agreeable that the appearance of the pearly white foam slathered over the thick slice of toast topped with gleaming black pearls was also not the most appealing. Still hot when served, the pearls were soft and easy to bite through. The pearls were apparently supposed to be brown sugar boba according to Eighteen Chefs’ Facebook post.

If this was so, the brown sugar flavour was quite lacking. They were far from being cloyingly sweet as I thought they would have been.

This may not be up your alley if you’re one to enjoy the strong and bold flavour of brown sugar in your bubble tea. Yet, I felt that the reason behind the mildly sweet pearls was to complement the savoury butter-soaked toast.

Perhaps butter-soaked is not the best idea, being a tad bit salty for me if that mouthful did not contain pearls to balance it out. 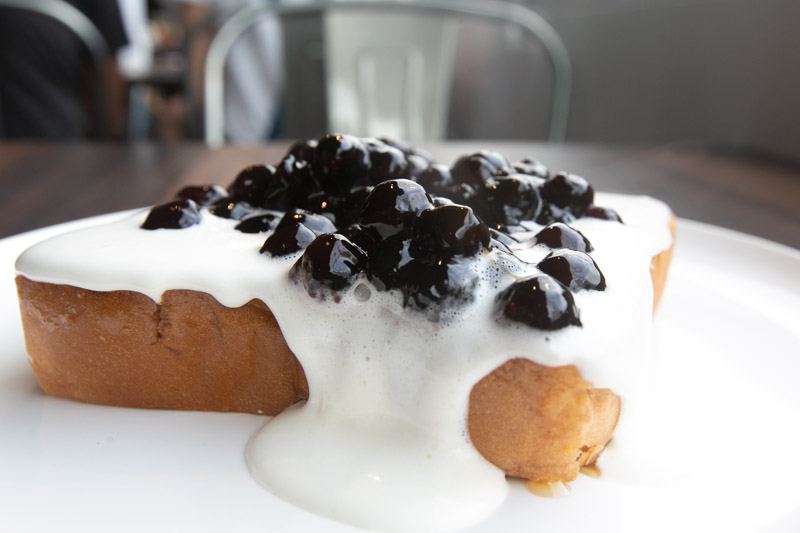 The thick slice of toast was slathered with butter before it was lightly toasted, allowing the bread to have a rather soft and almost fluffy centre.

On top of the toast is a frothy layer of whipped cream which was an interesting element, mimicking an actual boba milk tea drink. 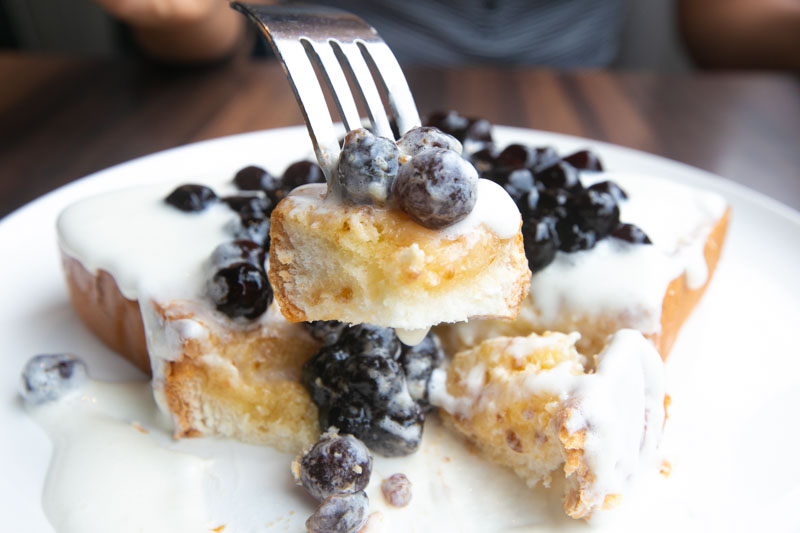 Combining all elements appear to be the best way to enjoy this toast, with sweet and savoury components working their mojo yet again. The almost-soggy toast actually has its merits, like being easy to chew with the soft pearls.

Best ordered for two to share, this dessert can contest to replace mundane ice cream and waffles. Outrageous as it sounds, pearls might just be the next peanut butter & jelly.