It may be summer all year round in Singapore, but December is always a special time of the year because of Christmas. It’s when we finally get to spend time with our family and friends over great food paired with a cold can of Coca-Cola.

But knowing just how busy we Singaporeans are, we don’t always have the time to prepare lavish spreads. Don’t worry, because quick and easy recipes work just as well when you have to whip up something on the fly. You can cook up a tasty dish, and still have time to kick back with your guests.

Once the Christmas lights go up along Orchard Road and the carols begin to play in malls, that’s when all the turkey and ham dishes start appearing on the menus and supermarkets. If you’re looking for something different to wow your guests this Christmas, why not try this Ham & Cheese Baked Pear recipe? 2. Peel the pear and slice it in half. Remove the stem and core while ensuring that you do not cut too deeply into the flesh. 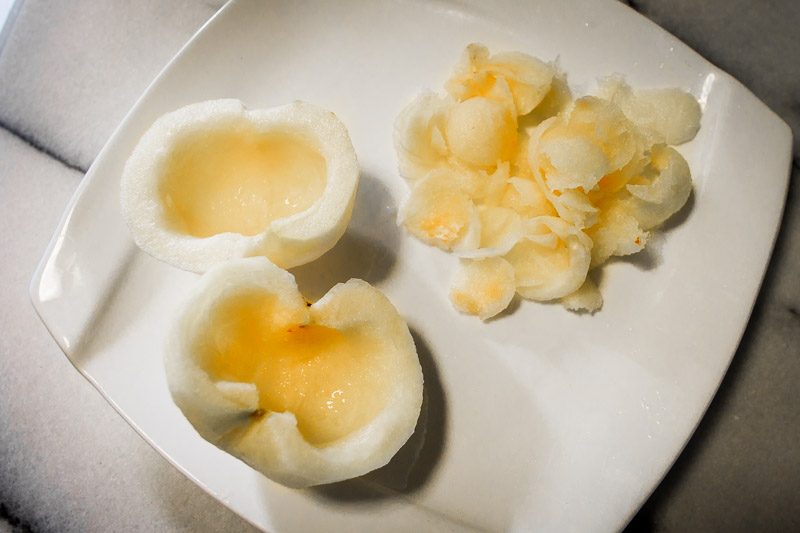 3. Using a spoon or a melon baller, carefully remove the seeds and as much of the pear as possible from both halves while ensuring that the remaining shells have a thickness of at least 1cm throughout.

Tip: Don’t waste food! Keep the pear balls for garnish or to enjoy as a snack. 4. Tear the cheese slices into smaller pieces and line the insides of the cavities of the pear that you have just dug out. 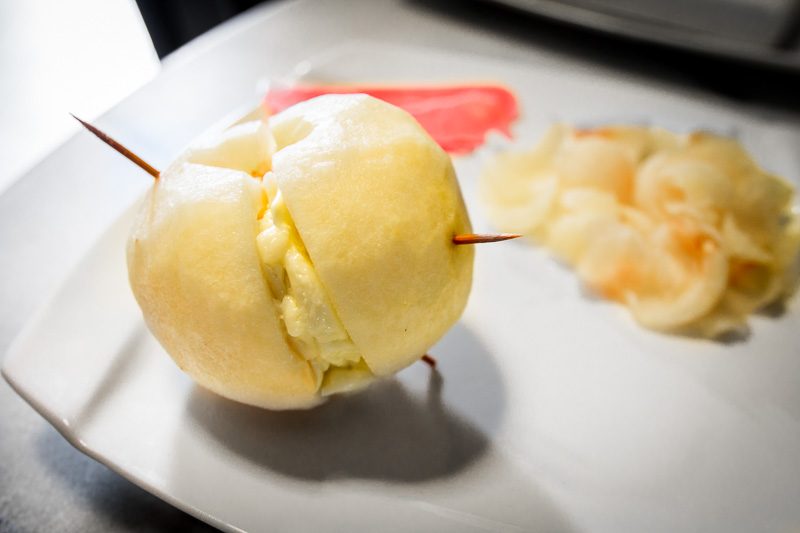 6. Recombine the two pear halves by holding them together, securing them temporarily with toothpicks/skewers.

Tip: Safety first! Use skewers, because the longer length will make sure that you can see them even after baking, which makes them easier to find and remove before serving. 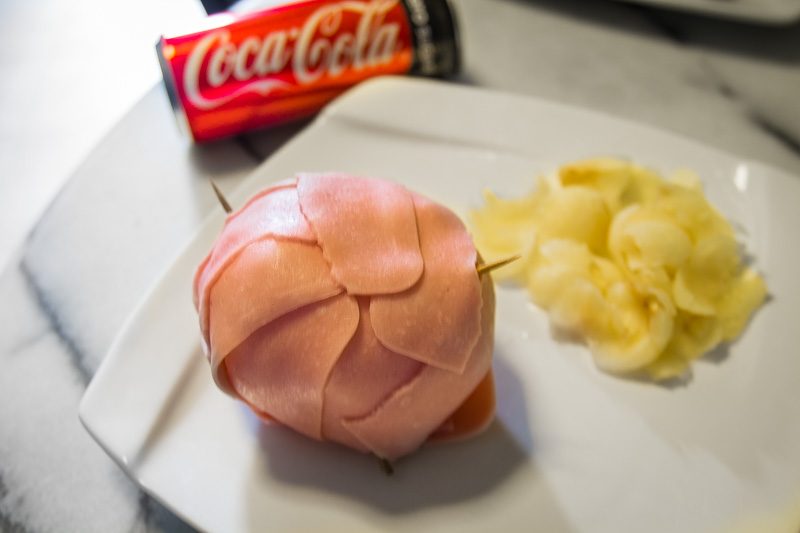 7. Wrap the recombined pear in the strips of sliced ham. Ensure that the whole pear is covered and that the slices overlap each other to fill the gaps between.

8. Coat the ham-wrapped pear with a thin layer of flour.

9. Slice the puff pastry into long strips with a width of around 2cm.

10. Wrap the pear in strips of puff pastry. Use a similar method as that used for the ham to ensure that the whole pear is covered with overlapping strips of pastry (like a mummy…haha).

11. Place the wrapped pear onto a baking tray, lined with baking paper and brush on a thin layer of egg-wash. 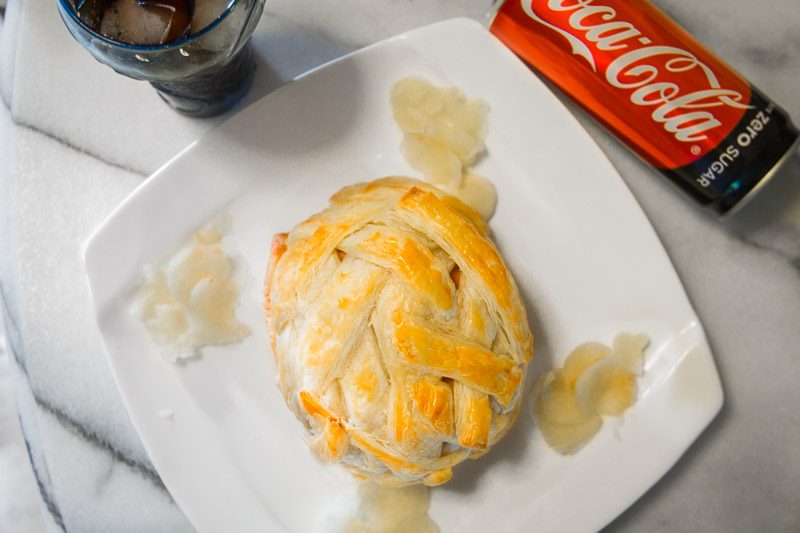 You’ll definitely want to enjoy this dish when it’s warm and toasty from the oven. Alternatively, you may also replace the thinly sliced ham with bacon for a more fragrant and decadent flavour. For a more wholesome culinary experience, pair the pastry with a glass of ice-cold Coca-Cola for that extra fizzy kick! The crisp and citrusy hints of the Coca-Cola offers a refreshing sparkle for the palate, giving you a much-needed pick-me-up to keep the party going with more Christmas feasting and celebration!

*This article was brought to you in partnership with Coca-Cola®.