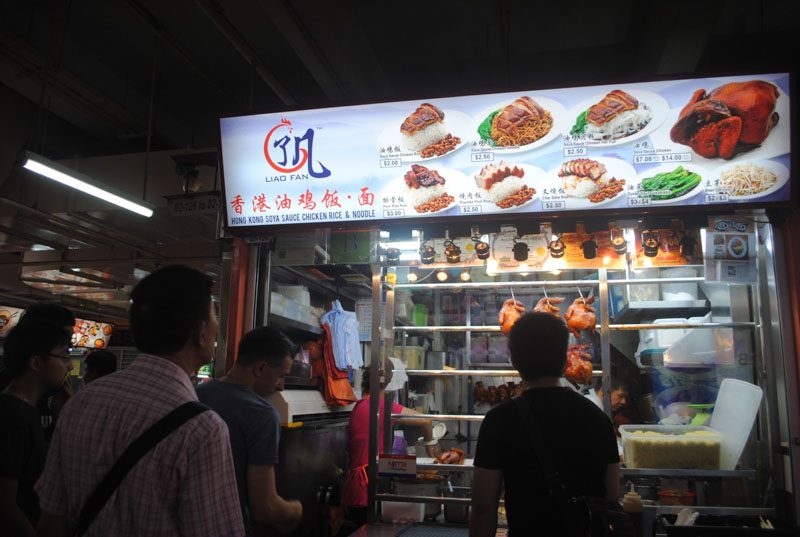 It’s no secret by now that two of Singapore’s hawker stalls have — for the first time — been awarded a much coveted Michelin star each.

I went on to explore the culinary experience provided by Hong Kong Soya Sauce Chicken Rice & Noodle, one of the two stalls.

The stall is helmed by Mr Chan Hon Meng, 51, who has been preparing Soya Sauce Chicken dishes for about 35 years. He learned how to cook from a Hong Kong chef, which inspired the name of his famous stall. 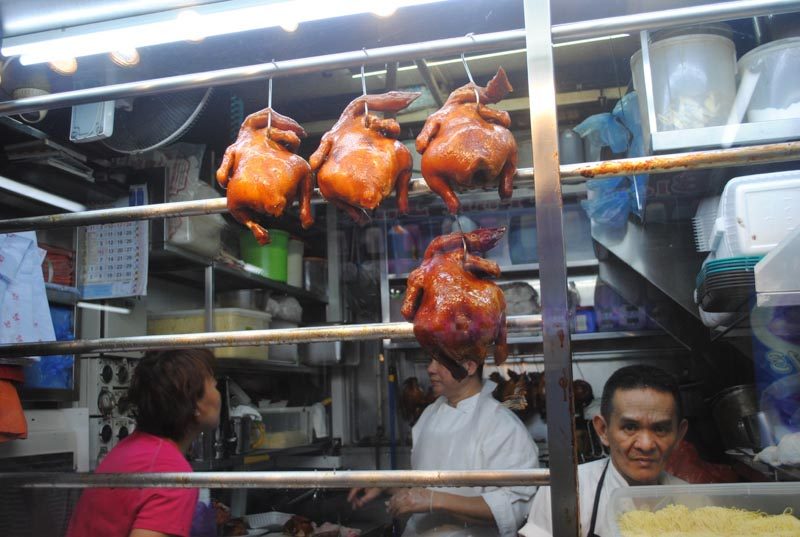 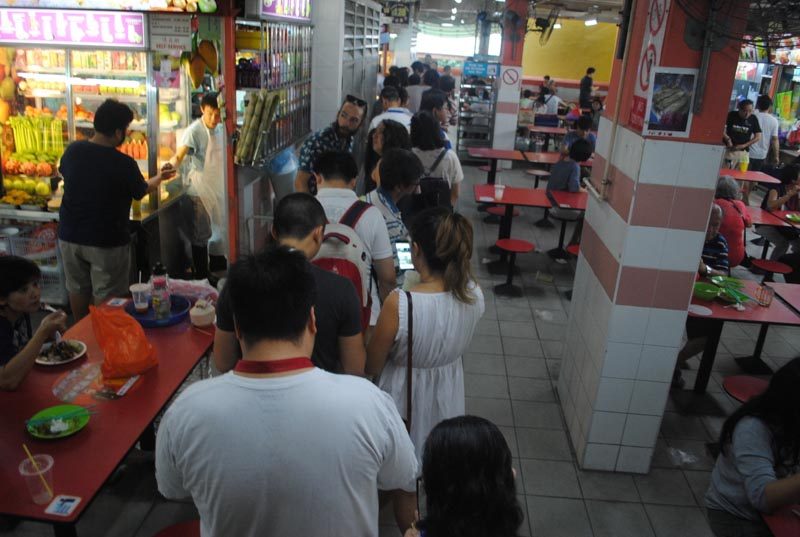 When we arrived at 3.30pm on Sunday (31 July 2016), the queue snaked around the stall for about 50 meters. We made it in the nick of time, just before the queue was cut off due to the overwhelming demand. 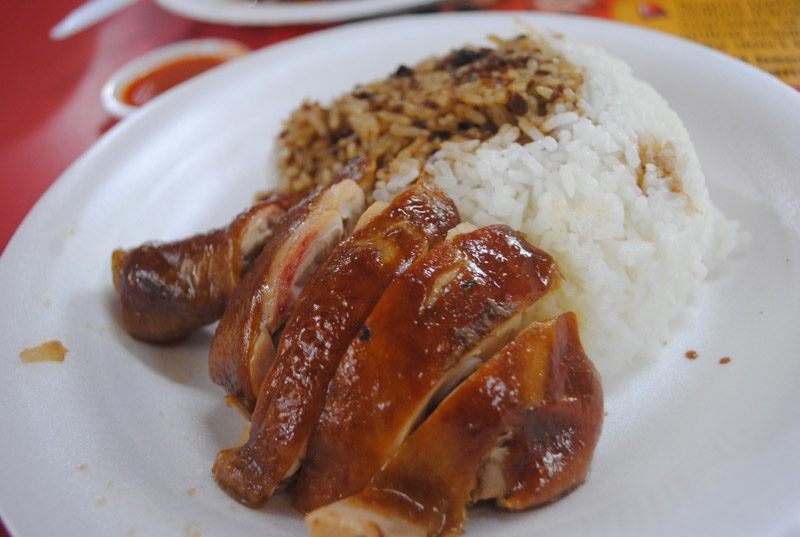 The store’s signature dish is the Soya Sauce Chicken Rice ($2), which is an alternative to Hainanese Chicken Rice. The base of steamed rice was lightly topped with a spoonful of soya sauce. Salty enough to sustain our appetite without being too oily, it added just the right amount of character to the authenticity of the dish.

We were not at all disappointed by the chicken either, it was juicy and fleshy, unlike the chicken slices from many other stalls, which often contain more bones than meat. The soya sauce-glazed skin also preserved the tastiness of the chicken throughout the meal.

For those of you who usually cautiously peel the skin away from your chicken, you would probably think twice before doing so here! The sauce is so delectable that you probably wouldn’t want even a shred of skin to go waste.

You could also order a whole Soya Sauce Chicken for only $14. Half a chicken goes for $7, for a hearty meal for the family. 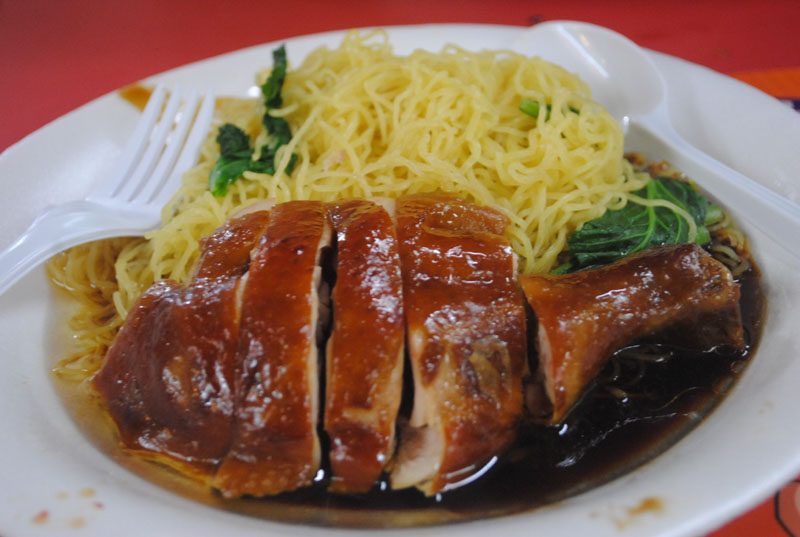 The chicken and noodles were soaked in soya sauce, which threatened to spill from the plate as we carried it back to our table. Surprisingly, the flavour was anything but overwhelming. It was a lovely base to both the noodles and the chicken.

The thin yellow noodle was also springy and tasty. Once mixed with the sauce, the entire dish comes to life. Pair every mouthful of noodle with sliced green chilli for an added zest.

Does Hong Kong Soya Sauce Chicken Rice & Noodle really serve the best chicken rice and noodles in Singapore? It’s a hard question to answer. However, I can assure the store dishes out a quality Michelin dining experience, and certainly provides comfort food for a tight pocket — need I say, it’s where you can find the cheapest Michelin starred dishes!

Prisca snacks more often than she should. She’s a secret Disney princess – but ssh, you don’t know that.