A new crop of unforgettable boutique hotels have mushroomed in recent years, looking to lure staycation goers and jetsetters alike and even drawing the locals in. These hotels go the extra mile to set themselves apart by brandishing their unique personality and aesthetic. From lobby hangouts to in-house restaurants and personalized amenities. 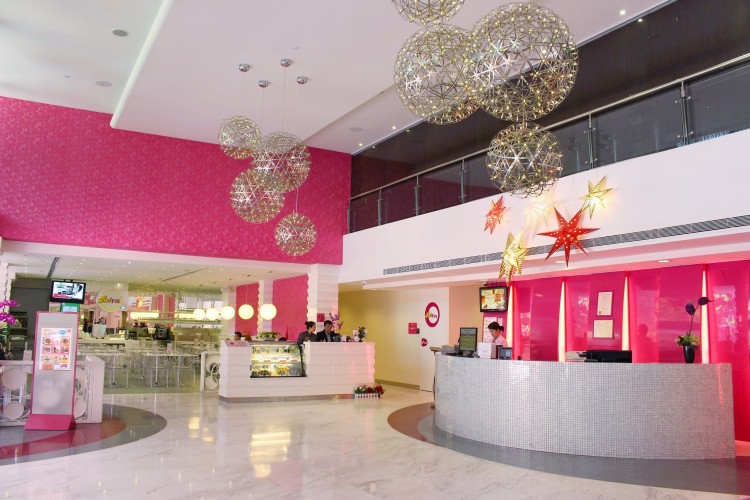 Tucked away in a little alley off Outram Road is Hotel Re! – set to mark her territory in the ever blossoming boutique hotel scene. The entrance and lobby are at the foot of Pearl’s Hill and the hotel begins 13 levels up. While Hotel Re! is bigger as compared to most boutique hotels, it turns on the charm with its stylish rooms, attentive service and a Re!Fill Restaurant that serves really delectable premium laksa! 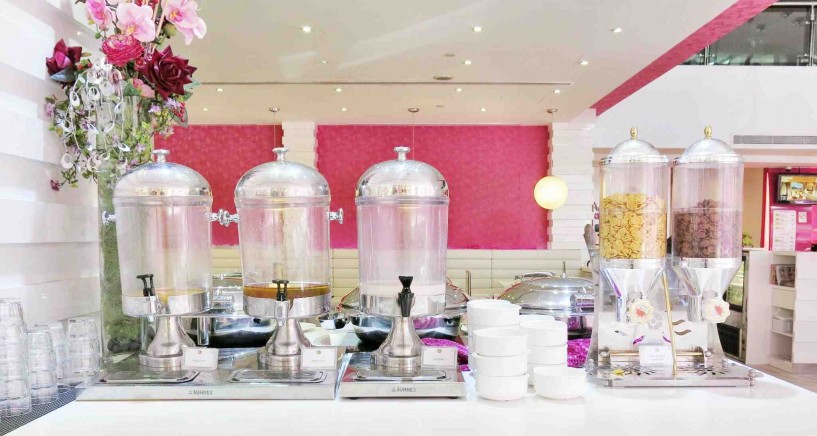 However, the same Re!Fill Restaurant does not serve spectacular breakfast. You have the typical cereal station and eggs that are already prepared. 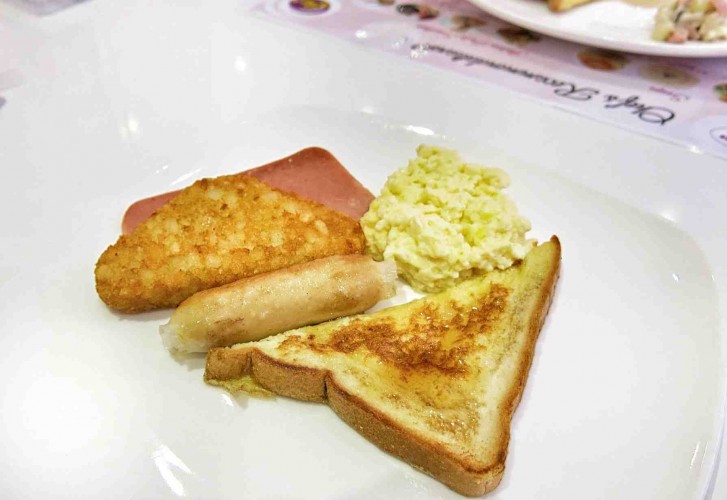 I’d suggest you venture out of the hotel as there is a complimentary shuttle bus service that brings you to Outram Park MRT station and the train connects you to downtown Singapore under 10 minutes. Otherwise, take a nice 10 minute stroll to Moh Guan Terrace where there is a sprawl of independently owned cafes for your breakfast fix. 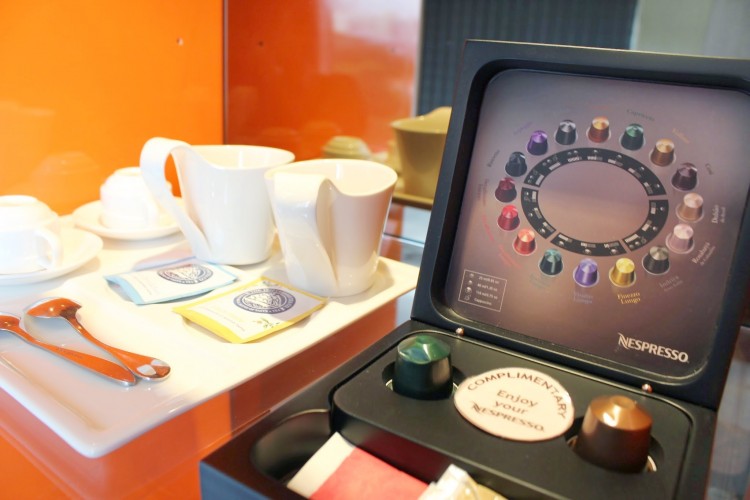 Hotel Re! pays tribute to the iconic pop culture of the 60s and the 70s – think loud vivid colours, psychedelic artwork, silhouettes of Elvis Presley, Marilyn Monroe and John Travolta. Though it brands itself as a retro hotel – it is very much a contemporary hotel. Rooms come fitted with modern facilities such as Bang and Olufsen iPhone Dock, Nespresso Coffee Machine, Complimentary WiFi and a 42 inch LCD Satellite TV. There is also an extensive DVD library for your viewing pleasure. 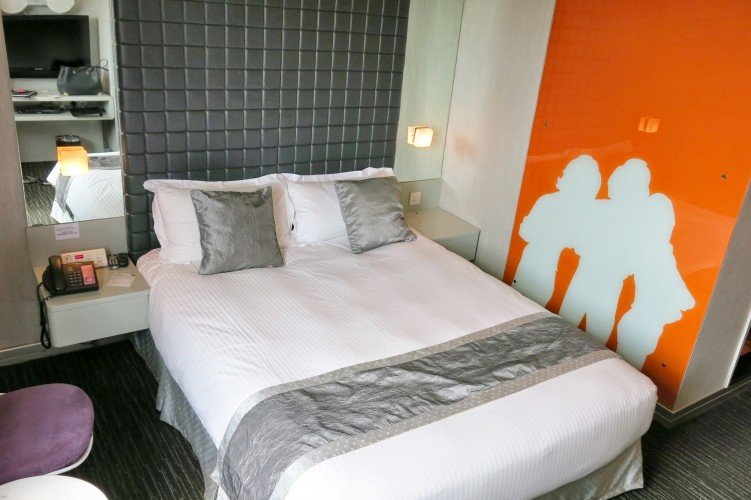 Clean cut furnishing with bright highlights thrown in for that mildly psychedelic feel. We had one minor issue though – air conditioning was malfunctioning when we entered. Upon contacting the front desk, a technician was sent up swiftly so kudos to that. 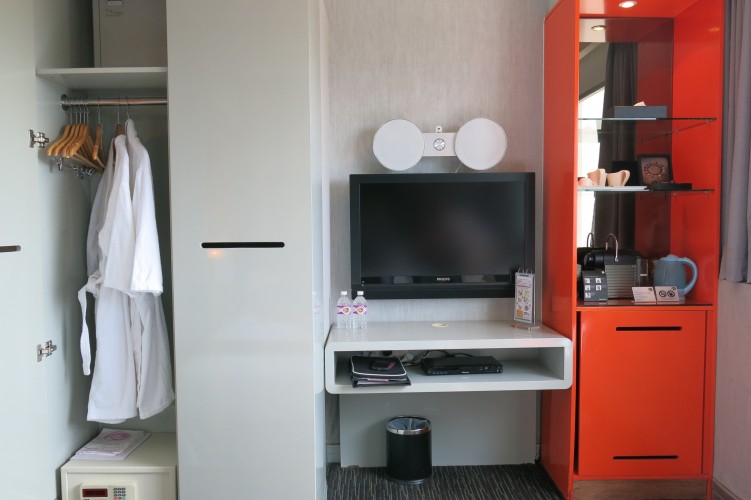 This hotel atop Pearl’s Hill serves as a suburban sanctuary, a good escapade for the travellers who want to be somewhat removed from the inner city’s bustle. 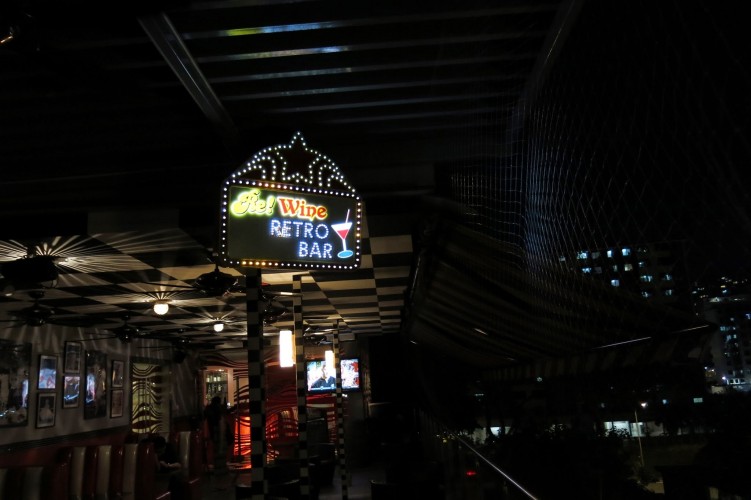 Come nightfall, I’d recommend soaking up the moonlight at Re!Wine Retro Bar, a rooftop lounge resembling a 60s retro wine bar that features photos of iconic rock and pop figures. The current staycation package comes with a one time 50% discount off your alcoholic and non-alcoholic beverage purchase here. This balcony bar, unlike every other outdoor seating area in Singapore that overrun with crowds, definitely makes for a good date spot. 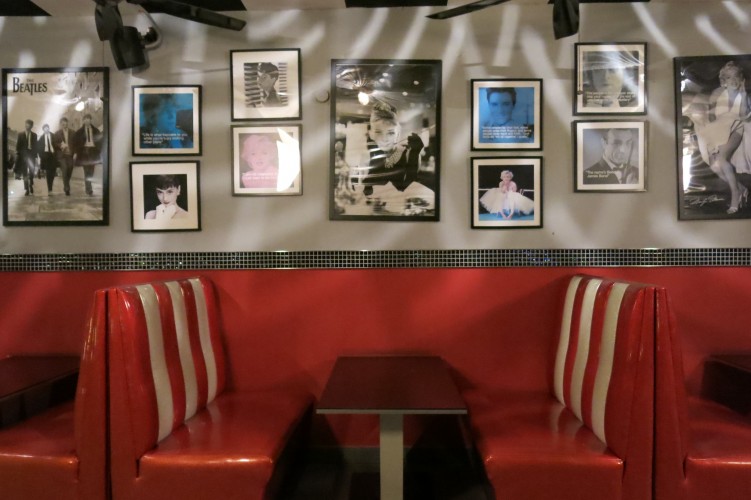 For a setting as such, the Carpenters would aptly sing “Yesterday Once More” and such old melodies still sound good to me. However,if the nostalgic tunes don’t quite resonate with you, the cosy decor of Re!Wine Retro Bar might – Black and white checkered ceiling, senescent wooden floors and red leather loveseats.

The current staycation deal of Hotel Re! is the Re!ally Fun Staycation package priced at $158++ onwards per night and goes on till 31 March 2015. This package was advertised to come with a 50% discount voucher at the in-house restaurant, as well as the bar. International breakfast or weekend brunch is also part of the package.

To put it succinctly, Hotel Re! is a suburban option for those with suburban sensibilities. It makes for a nice break from daily commuters.