Is this just another novelty product? Probably. Indomie, the popular instant noodles known for its spicy and savoury flavours has released a new flavour this August 2018. 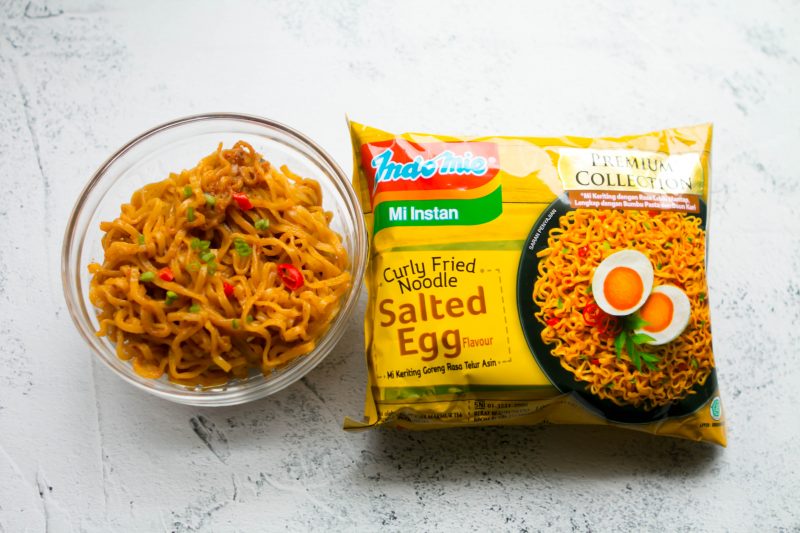 Those of you who enjoy salted egg yolk everything will be happy to try the new Indomie flavour. The Salted Egg flavour is available under the Premium Collection, which can only be found in Indonesia. 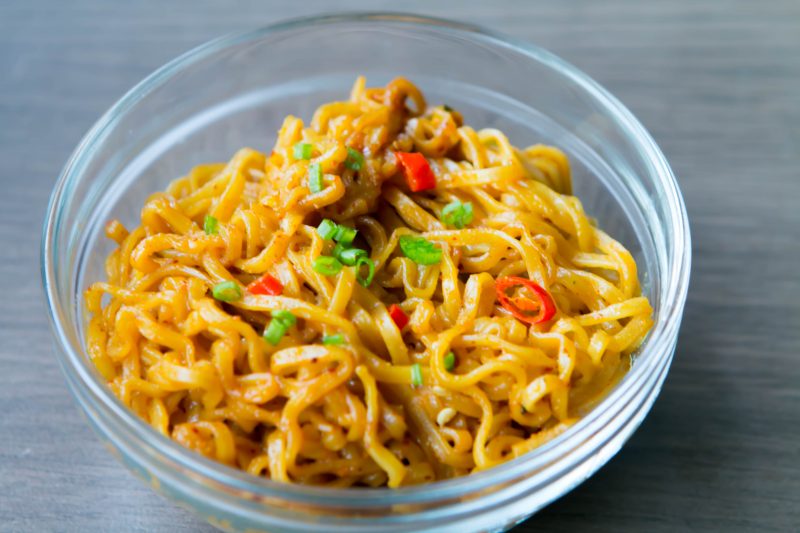 We were pretty excited, because we managed to grab a few packets to try!

But unfortunately, from the first glance, there was nothing special about the new instant noodles. The noodles were just as curly and bouncy as the original, just with additional salted egg seasoning added.

When we took the seasoning out of their packaging, it smelled weird, with a woodsy scent like cardboard. However, after mixing the noodles with the seasoning, the salted egg fragrance became more prominent.

The first bite was a little underwhelming, because it actually tasted quite normal, with a bit more spice. What caught me by surprise was the aftertaste which did not taste like salted egg at all. In fact, it tasted creamy and earthy, more like century egg than the fragrant salted egg.

Let us know what you think after tasting it: is it the newest salted egg food trend? Or would you rather give it a miss?

just here for some food.