Looking for a unique snack to munch on? Inspired Snacks has invented You Tiao Chips, a sweet, yet savoury treat that will tickle your tastebuds! 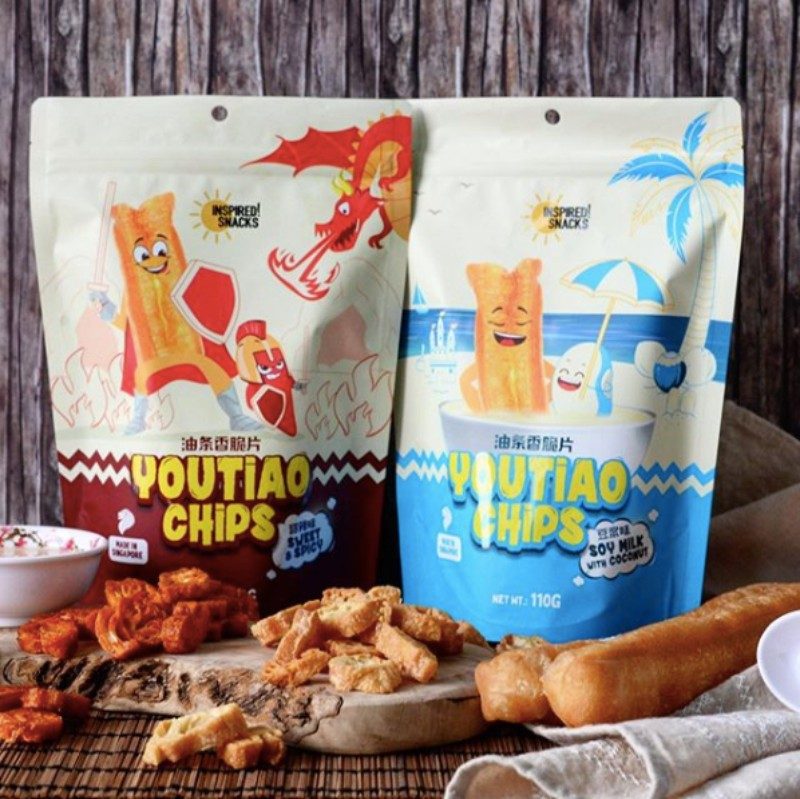 This snack was conceived in October 2018 by Audrey Chew and Bandana Kaur, the founders of Inspired Snacks. They are both second-generation owners of their family’s food businesses, a you tiao hawker stall in Toa Payoh and a wholesale bakery and kitchen.

After a year of perfecting their recipe, You Tiao Chips was launched in October 2019. By early December 2019, they had made a deal with Buzz Convenience Store, and stocked in all Buzz outlets, in more than 50 locations across Singapore.

The inspiration behind You Tiao Chips was to preserve the legacy of traditional you tiao—which is essentially a deep-fried dough fritter—and make it more accessible and relevant for the next generation. By modernising the nostalgic breakfast staple and repackaging it with interesting flavours, Inspired Snacks hopes that this snack will gain greater popularity among the youth, especially since it’s more convenient. 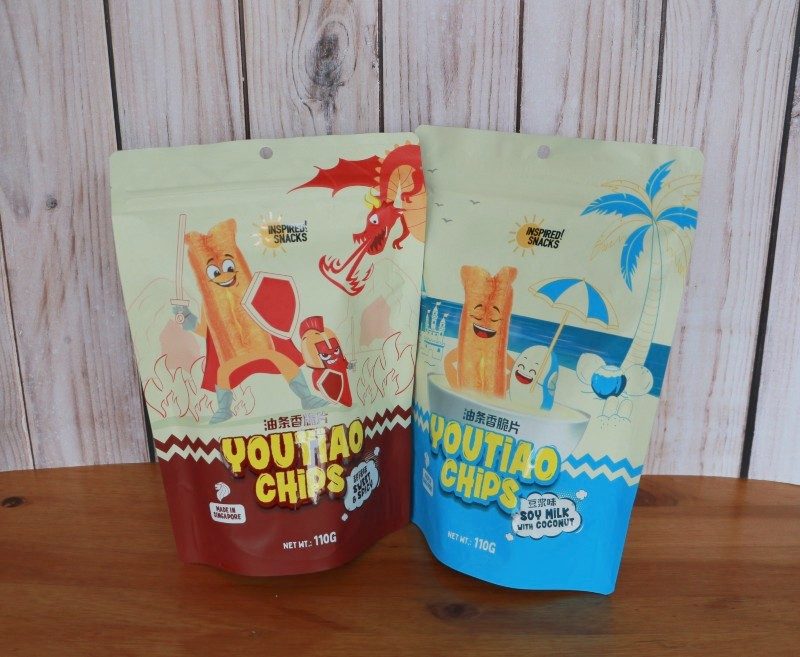 You Tiao Chips is available in two flavours, Sweet & Spicy 110g (S$6.90) and Soy Milk With Coconut 110g (S$6.90). The former combines sweet, spicy, and sour to create a familiar Singaporean flavour, while the latter evokes memories of doujiang you tiao. These chips are lightly fried with coconut oil then baked into a tasty treat, and are also vegetarian and halal-certified.

Upon hearing about this snack, I was sceptical that they would be able to recreate the distinct you tiao taste—slightly oily, doughy yet fluffy—in chip form. However, I was excited to try the two flavours and I managed to get my hands on both of them from a Buzz store at a nearby bus interchange. 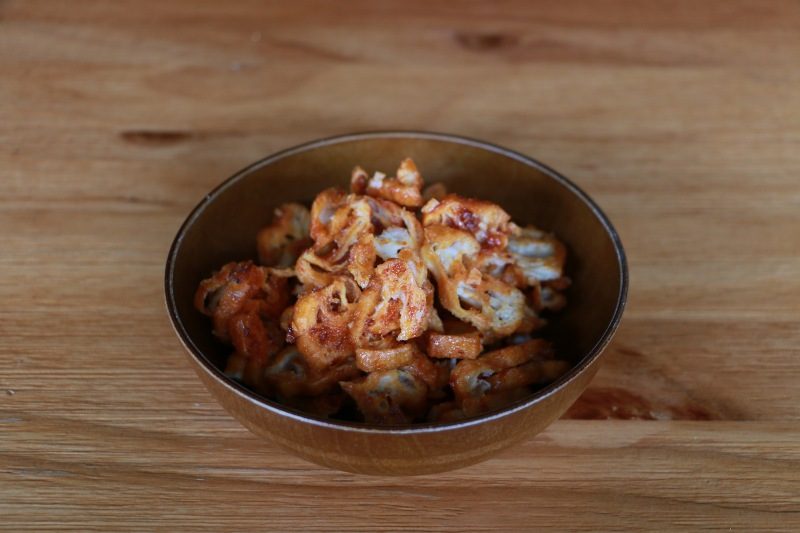 I started by testing out the Sweet & Spicy flavour. When I opened it, the first thing I noticed was that the chips were stuck together at the bottom of the package. I could smell the sweetness of the sauce, with a hint of chilli. In order to take a small piece out, I had to squeeze the package to break the clump of chips apart and pry one of them away from the others.

There was a distinct crunch when I bit into the chip, and the stickiness of the sauce translated into a chewy texture. The overall flavour was reminiscent of chilli tapioca chips, and it was both sweet and spicy. The chewiness as a result of the sauce was comparable to that of a you tiao, but I personally felt that it tasted more similar to chilli tapioca chips than you tiao specifically. 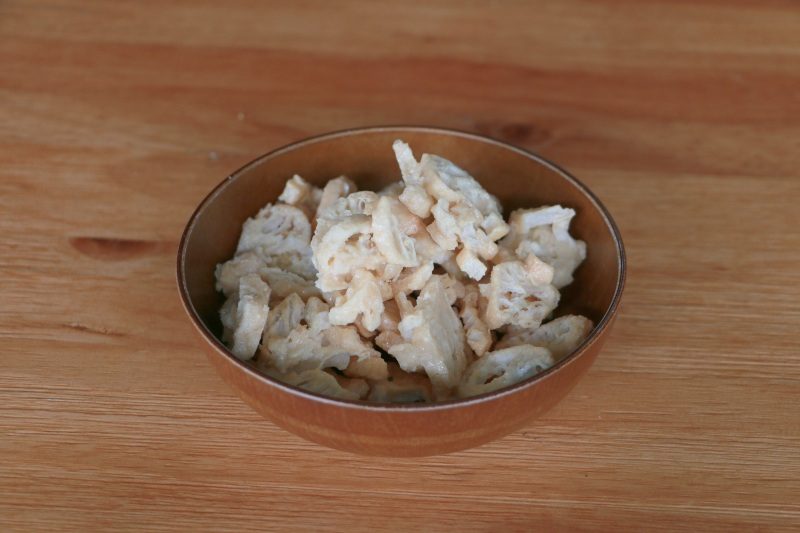 Moving on to the Soy Milk With Coconut flavour, the strong smell of coconuts hit me upon opening the package. Unlike the other flavour, the chips weren’t stuck together, and it was relatively easier and less messy to eat. However, the chips were hard and difficult to bite into, and I had to put the whole piece into my mouth in order to chew it. The chips had a strong creamy coconut flavour, while the soy milk taste was subtle. 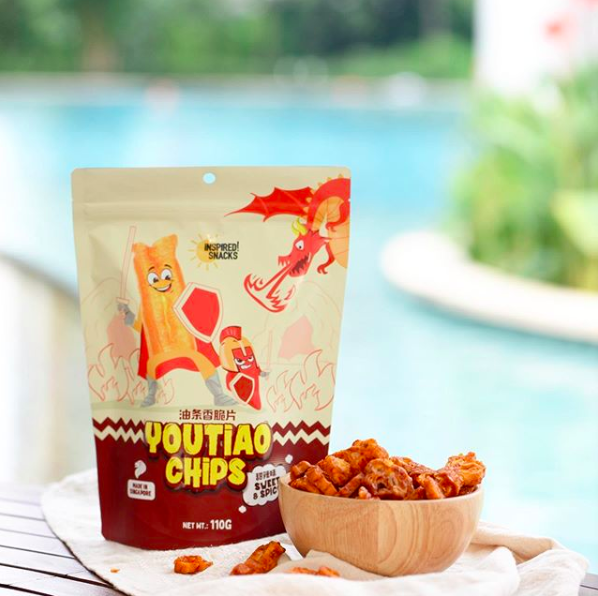 Overall, I appreciated the concept of the snack in trying to make you tiao more universal and convenient. I was also pleasantly surprised that the chips were packaged with a resealable zip lock, to ensure the snack was as fresh and crispy as possible. I definitely prefer the Sweet & Spicy flavour, as it reminded me of tapioca chips.

Even though these chips may not have captured the essence of traditional you tiao, knowing the inspiration behind both flavours reminded me of my childhood and enabled me to better enjoy this snack. Don’t discount it before you try it for yourself—it’s available now at all Buzz convenience stores across Singapore!

Give this innovative snack a try and hopefully, it’ll bring back some nostalgic breakfast memories for you.