Ivan’s Carbina, Woodlands: “Definitely an audible crunch as I bit into the crisp potato shreds”

“Nobody’s doing it!” is what Ivan told me when asked why he decided to sell rosti at his humble kopitiam stall, Ivan’s Carbina, in Woodlands. I think he’s probably right. I mean, think about the last time you ate Western food at a hawker centre or coffee shop. Do you remember seeing rosti on the menu? Well, I certainly don’t. Thus, I was very intrigued when I heard that Ivan’s Carbina was selling rosti, and good rosti at that, apparently. So of course, I had to give it a try.

At Ivan’s Carbina, you can have your rosti in a few different ways. There’s the Rosti + Sausage Set (S$7.20), which comes with an egg, and a choice of Cheese Sausage, Garlic Sausage, or Snail Pork Sausage (an additional S$1.60). Or, if you’d like a bigger portion of protein, they also serve the Rosti + Main Dish (S$8.20), which comes with a choice of Mushroom Chicken or Chicken Cutlet, among others. 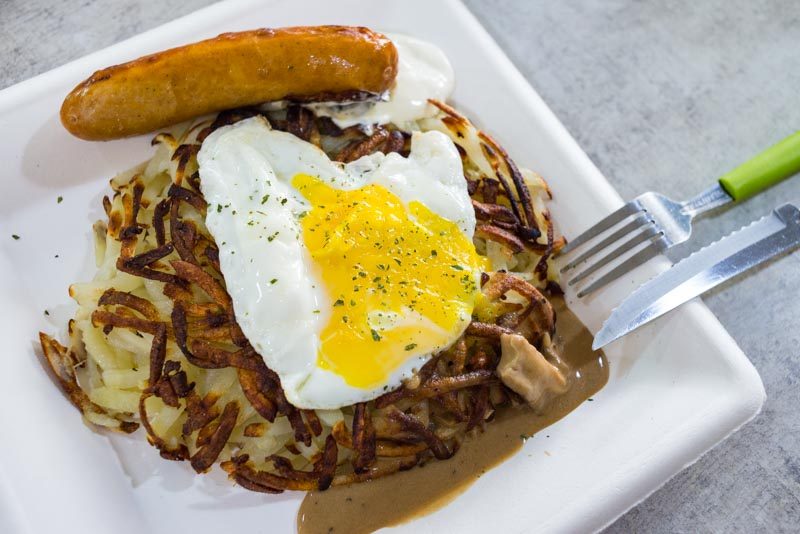 I opted for the Rosti + Sausage Set with a Cheese Sausage. Visually, it looked like normal run-of-the-mill rosti. Just a thin layer of browned potato shreds on the top, with a substantial amount of lightly-cooked, pale yellow potato shreds beneath.

It came with a small (a little too small if you ask me) serving of mushroom sauce, and some sour cream on the side. The portion of rosti was quite large though. There was definitely an audible crunch as I bit into the crisp potato shreds on the top. However, I found this part too burnt for my liking, and disliked the bitter aftertaste that came along with it.

As I worked my way into the dish, I was delighted to find that the potato shreds beneath the top layer were soft and tender. Unfortunately, I thought that the flavour was still marred by the lingering taste of burnt potatoes.

Of course, the level of char on the potatoes is a personal choice. This is just the default, and Ivan told me that customers can always request for the potatoes to be crisped to their liking. 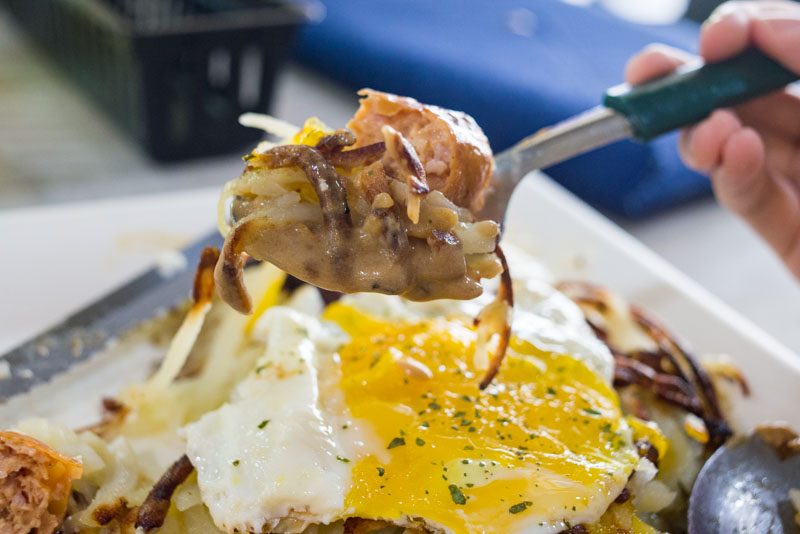 I liked that the rosti wasn’t over-seasoned. As the sour cream and mushroom sauce added quite a bit of flavour to the dish, any more seasoning would have made the dish too rich. Moreover, when eaten with the egg and sausage, the lightly-seasoned rosti provided a good contrast to the rich and flavourful sides. 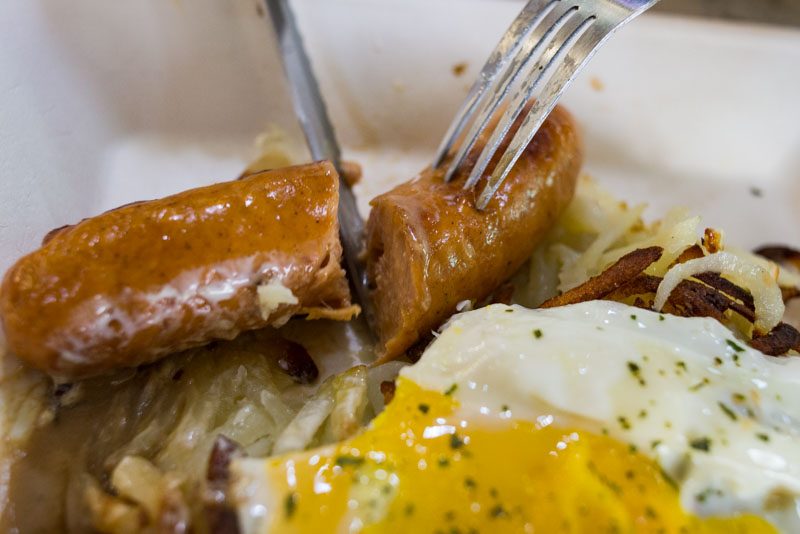 My favourite part of the dish, however, was the glorious Cheese Sausage. Each bite was filled with incredibly succulent and juicy meat. The best part? The cheese oozed out each time I bit into the sausage, making it all the more delicious. 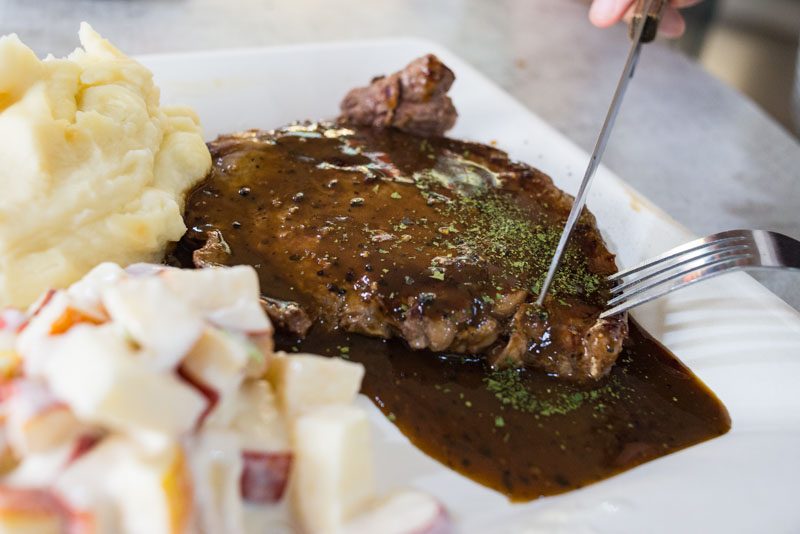 Besides the rosti, I also ordered the Air-Flown Ribeye Steak (S$13.80), which is served with two side dishes. I chose the Chef’s Special and Daily Special, which were Apple Salad and Mashed Potatoes, respectively. 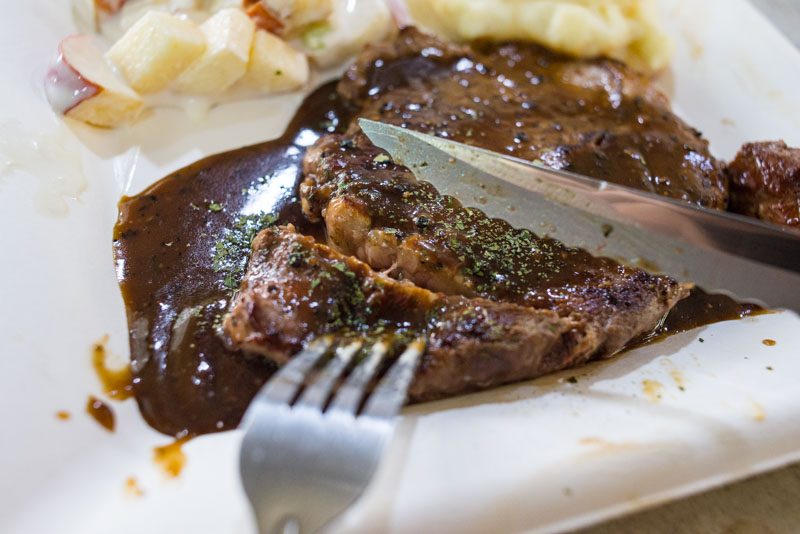 The beef, flown in from New Zealand, was delightfully tender. I had mine cooked to medium doneness, which can sometimes be a little too tough if it isn’t cooked well. This steak, however, had a good sear on the outside, while the inside was moist and juicy, just how steak should be. I think the cook was closer to a medium-rare than medium, but I didn’t really mind it.

The only thing I didn’t like about the steak was the thick and overpowering sauce that was slathered on top. It definitely could have been done with less salt, and given in a smaller quantity. 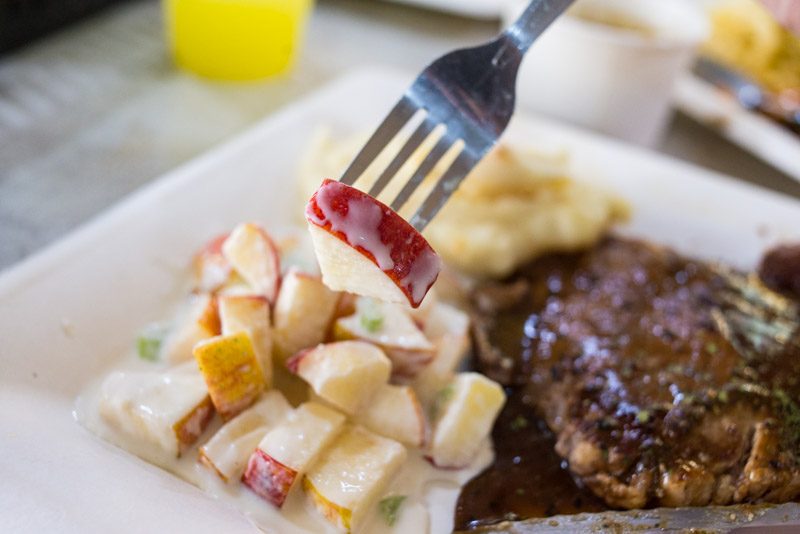 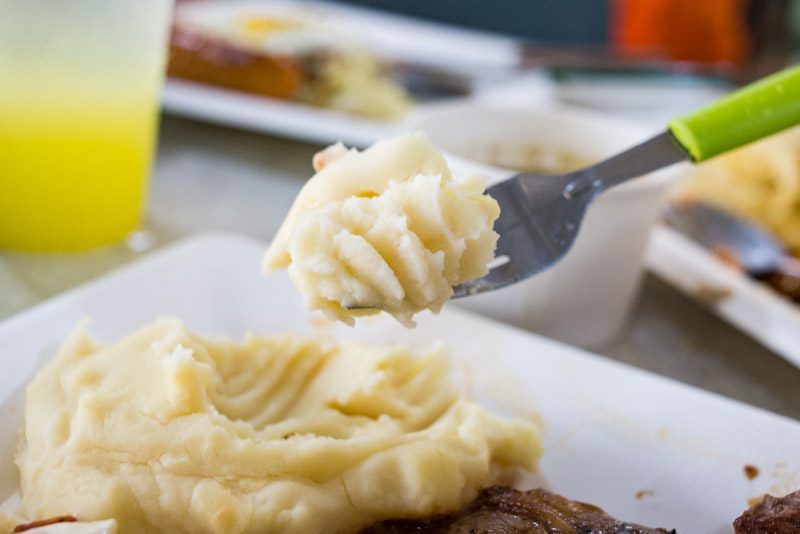 The sides were pretty hit-or-miss. While the Apple Salad was light and really addictive, the Mashed Potatoes had a really overwhelming garlicky tang. I couldn’t quite taste the potato, as all I got was garlic. 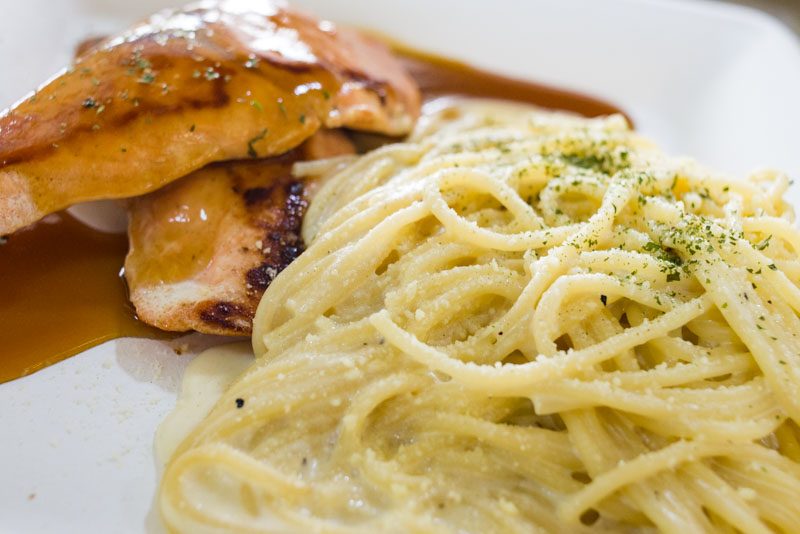 Lastly, I tried the Cream Pasta With Salmon Steak (S$9.80). The pasta was decent, but a little too rich for my liking. But if you like cream sauce and parmesan cheese, you’ll definitely love this. 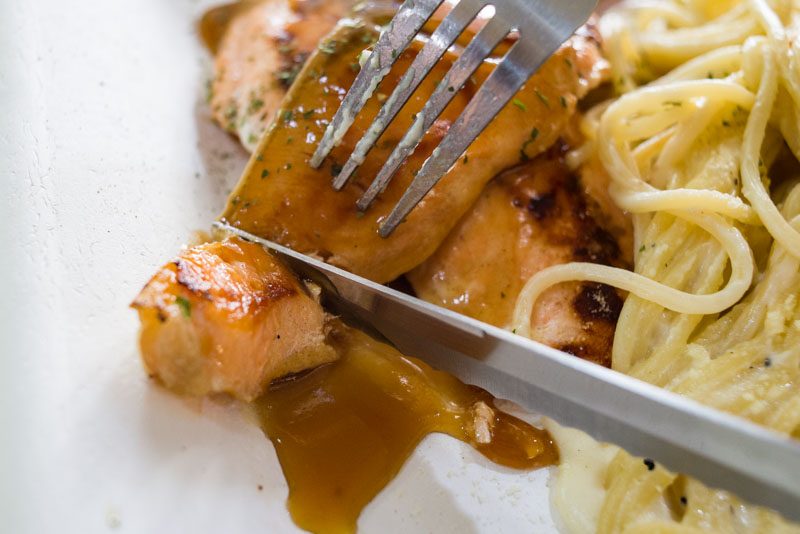 The salmon, on the other hand, was incredibly delicious. The skin was lightly crisped, while the salmon remained flaky and moist. Additionally, the sauce was flavourful, albeit a little salty. Still, it paired very well with the salmon. With each bite came a greater desire for the next! It’s not common for you to find such well-cooked salmon at a kopitiam, so this is truly worth a try. 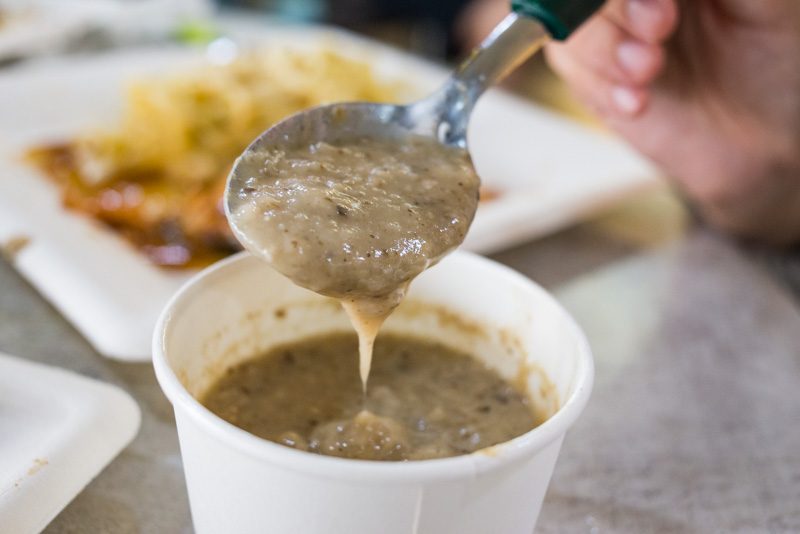 Oh, and I would also recommend ordering the Mushroom Soup (S$1.50 with any main). It was thick and laden with tiny, but flavourful mushroom pieces. It’s not watered down at all, much unlike most mushroom soups. 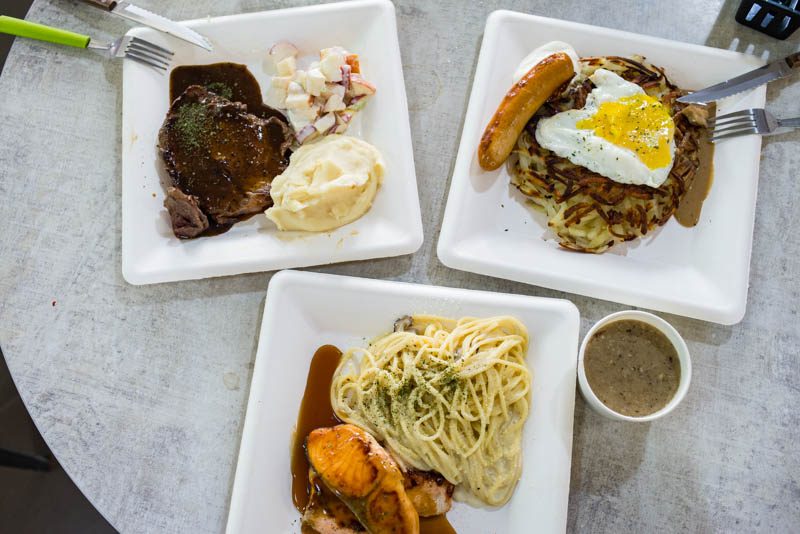 The portion sizes at Ivan’s Carbina are generally very large, and I think you’d have to be really hungry to be able to finish one serving. Overall, the dishes served here are extremely value-for-money, and I did enjoy most of the food I tried. If you are craving some affordable Western food, and live in Woodlands, this is a must-try!