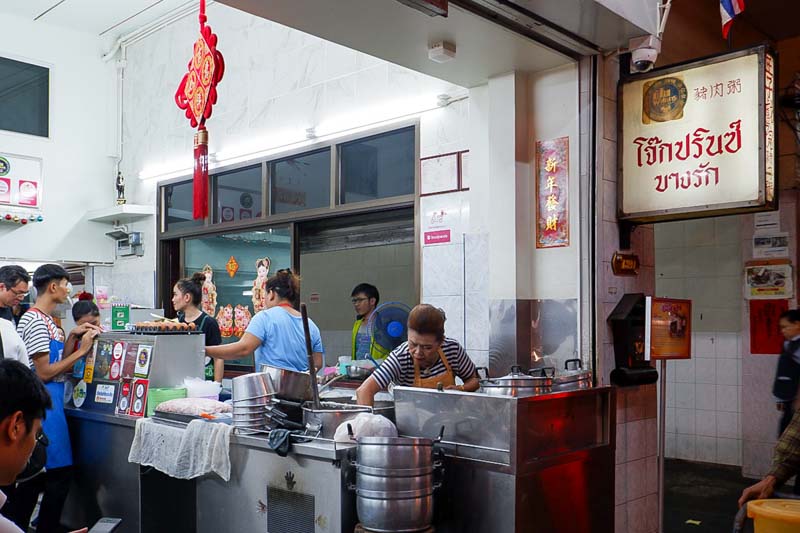 Arguably, Bangkok‘s tastiest street food dishes can be found along Charoen Krung Road—and the city’s best congee is no exception. 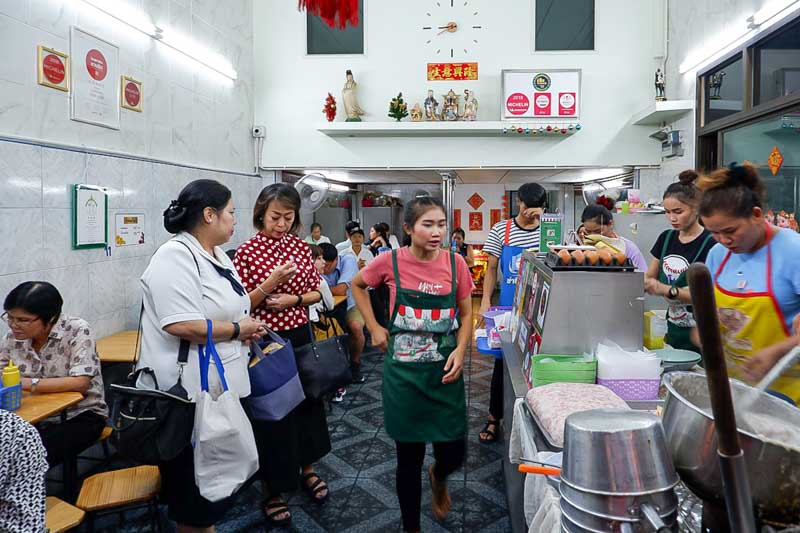 Every day at Jok Prince, customers pack the one-room shophouse to take home bags of the famous yet humble congee, or quickly eat it in-house. As soon as you enter the eatery, head to the counter on the right to make your order. 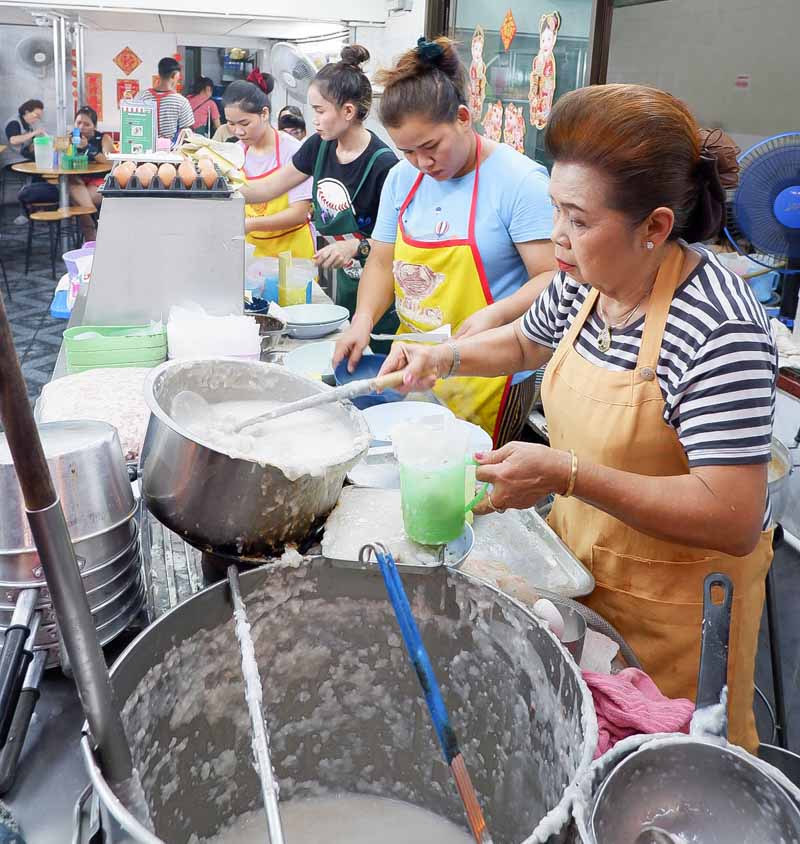 Though unassuming in appearance, this establishment’s distinctive congee gained it a spot in Thailand’s Michelin Guide in 2019 when Jok Prince was awarded a Bib Gourmand distinction. 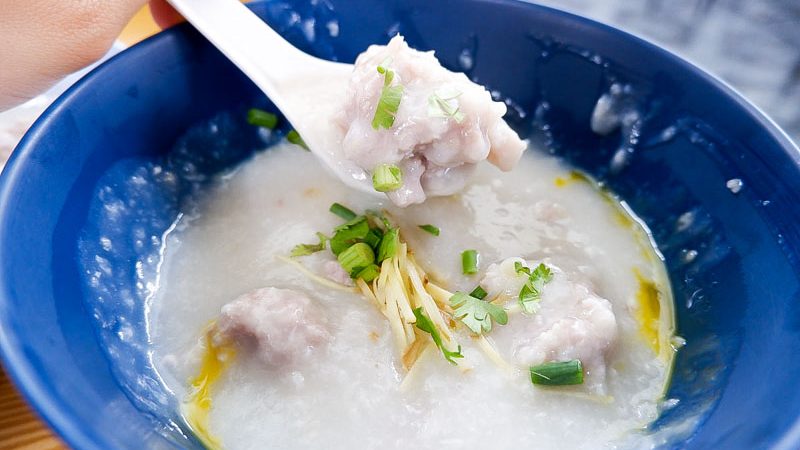 There are several different combinations available so that you can customise your warm bowl of congee just the way you like it. Want pork? A century egg? Pork and a century egg? How about an extra-large bowl with all of the toppings?

Even if you aren’t fluent in Thai, you can still attempt to tick off your congee options by yourself on a little ordering ticket provided. The first row states what you can have in your congee: a bit of everything, pork, hog maw (part of a pig’s stomach), pork liver, pork kidney, pork intestines or an egg. In that same row, you can also opt for large size and indicate the number of bowls. The last two columns specify the prices, which the staff will fill out.

So for example, if you wanted one large-sized congee bowls topped with an egg and hog maw, you would tick the third and seventh boxes in the first row, and write a “1” in the “number of bowls” column, or the ninth box.

If you also want a regular-sized bowl with a bit of all of the toppings, you would tick the first box on the next row, and then write a “1” in the “amount” column. If you need extras on the side such as another egg, a century egg, or fried dough sticks (pa tong go) to sprinkle on the top of your congee for that extra crunch, specify how many you want of each in the bottom three rows.

It might seem a little complicated, so maybe use Google translate beforehand or take your time figuring it out with the staff there. We tried a Regular Pork Congee (THB40) and a Large Pork Congee with an Egg (THB45).

The wait may take around 15 minutes on a busy night, with diners quickly slurping down bowls at all of the tables and delivery men waiting to pick up their orders, but the queuing is definitely worth it. 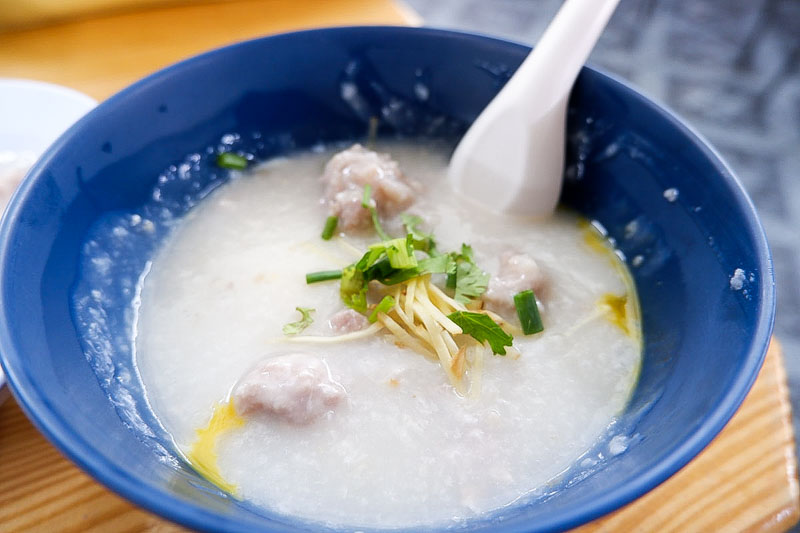 The congee was silky-smooth, with no trace of flaky rice grains or extreme overuse of cheap pepper and MSG—problems that plague some other congee joints. Instead, the porridge had a distinctive smoky aroma that did not overpower the toppings.

When asked, the cook said the smell isn’t from charcoal, since the congee is cooked over a gas stove. Guess it’s a trade secret! 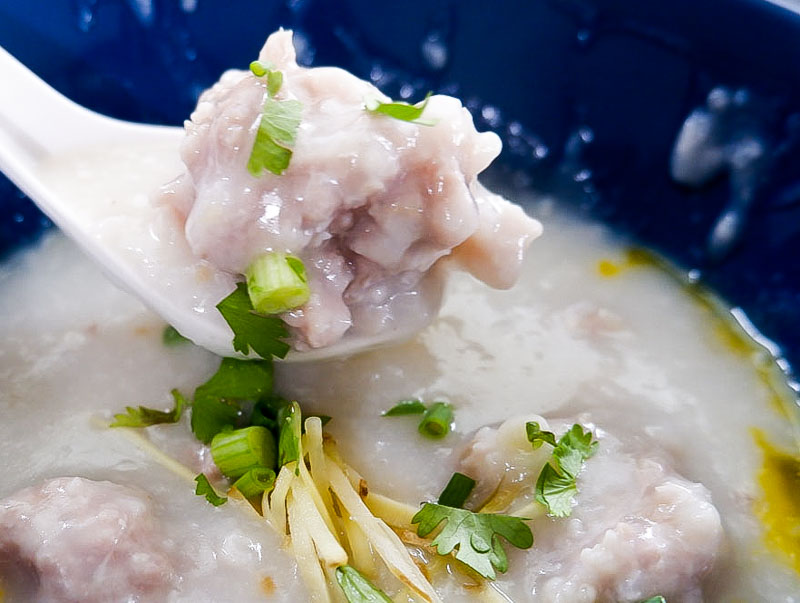 The other component that sets Jok Prince apart from run-of-the-mill congee places is the pork.

You won’t find any over-salted, over-boiled puree of low-quality pork and flour here; Jok Prince’s pork was generous, chunky, and fatty in all the right ways. The bits of gristle added that juicy—and even at times crunchy—oomph to the wonderfully neutral congee. The egg that was added to the large bowl offered an even more creamy mouthfeel, and I preferred it to the congee without egg. 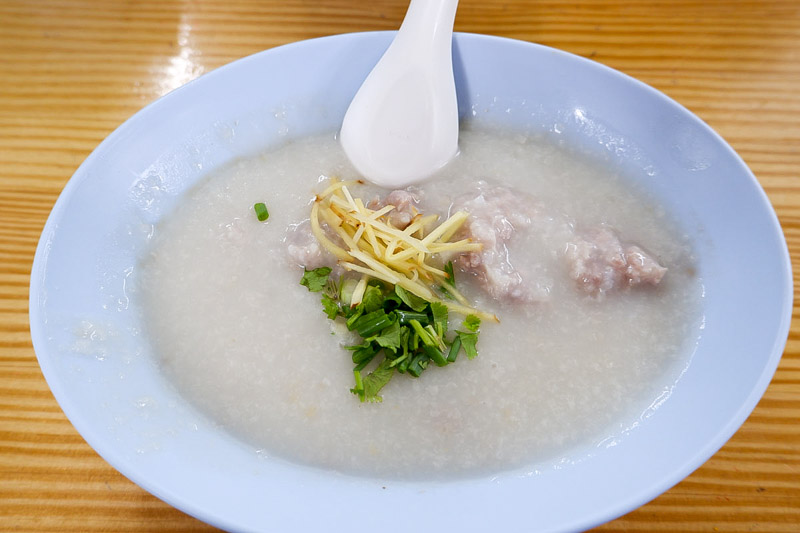 The regular portion was enough but if you’re going to queue, you might as well go for the large. The slivers of ginger that topped each bowl also added a bit of a kick, but you can always request to have it without.

There’s little wonder why Jok Prince is a delicious open secret of Bangkok’s Old Town and caters to locals, expats, and tourists. It’s a must-visit, especially since it’s so affordable. Who knew congee could taste so good?