Ever since Liang Sandwich ceased operations in Singapore, I have been left distraught. The Jay Chou- endorsed sandwich bar was my go-to snack. It featured a crispy, prata-like fried scallion pancake cradled with varied fillings such as chicken, ham, egg and tomatoes. Ever since I heard the news of its supposed re-emergence this year, I longed for an official opening date to be released.

Bearing an uncanny resemblance to our local favourite breakfast item, roti prata, the Taiwanese snack has been consistently compared to it throughout the years. Upon closer inspection, one would be able to differentiate the two by their textures. Roti prata is usually served stuffed and possesses a firm bite, whereas the scallion pancake has a light airy texture. 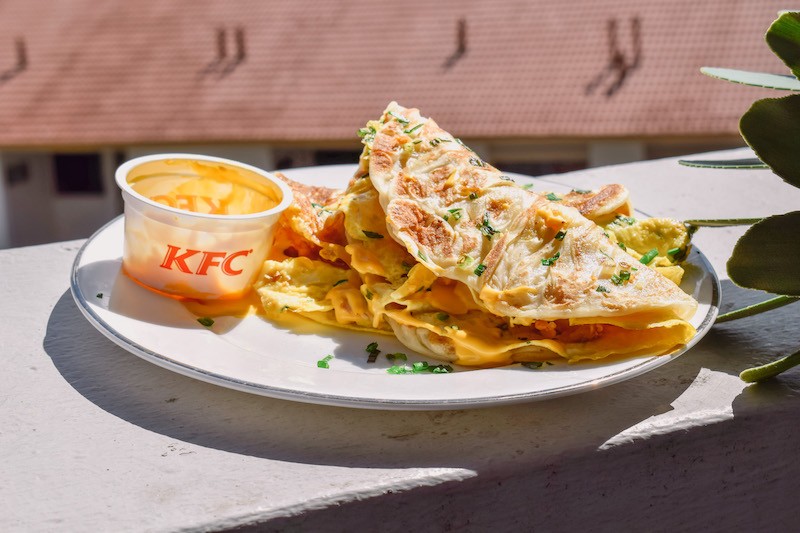 And so, it struck me; why not substitute it with an actual roti prata to see if it matches up to the heavenly scallion pancake? In light of our fast food simple stay-home recipes, I have decided to seize the KFC deals of the month and landed myself with one of their crowd-pleasers—KFC Extra Crispy Tenders. What could go wrong with these crunchy and crispy chicken strips?

My ultimate guilty pleasure snack would be a great addition for the wrap, so I decided to create a Frankenstein creation of KFC Tenders Prata-wich. 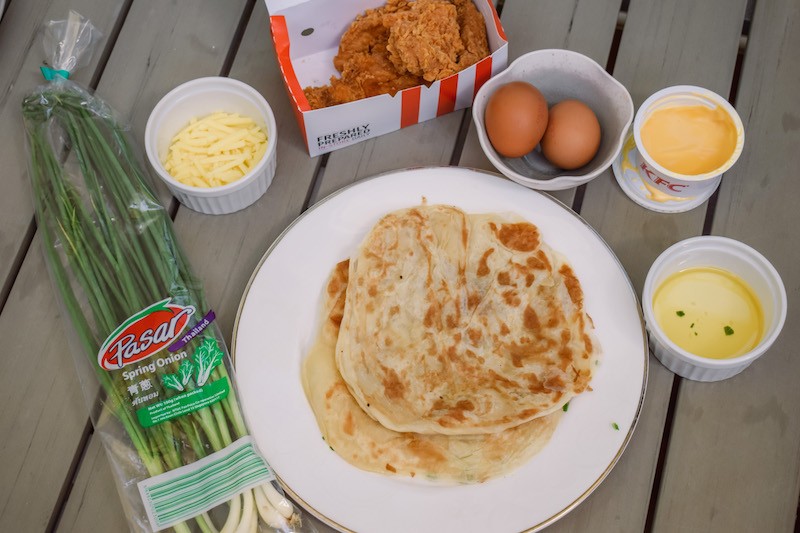 Step 2: Crack eggs into a bowl, and sprinkle in some salt and mix. Step 4: Using a brush, lightly coat the roti prata with vegetable oil and add scallions on both sides.

Step 5: Grease the pan with a light coat of vegetable oil. 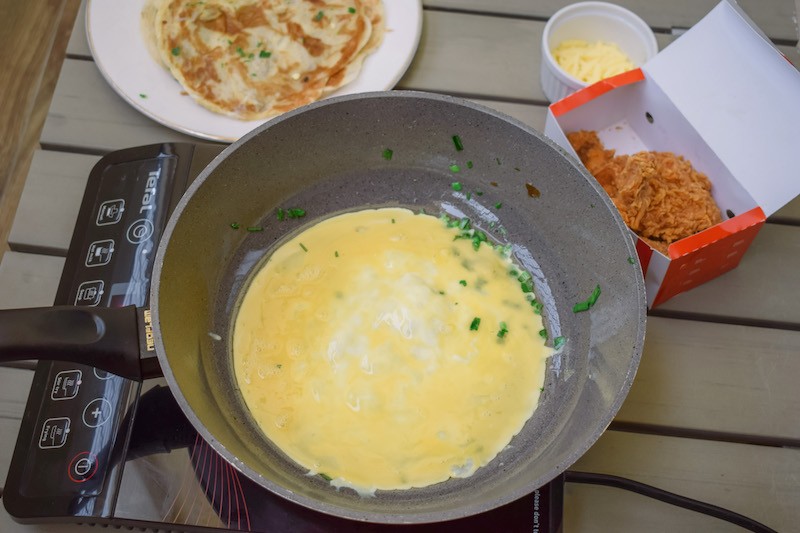 Step 6: Pour egg mixture into the pan and cook it on medium heat.

Step 7: Place the roti prata on top of the egg and flip (with a spatula). 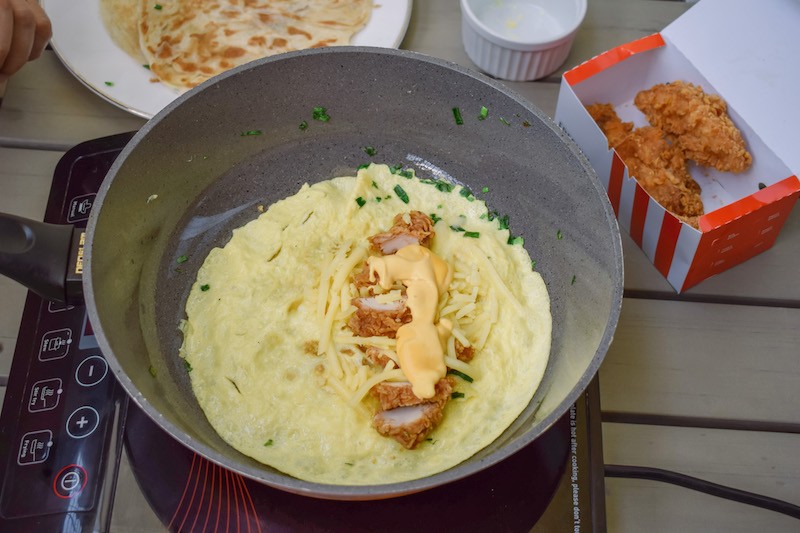 Step 9: Fold into half and flatten it with a spatula. 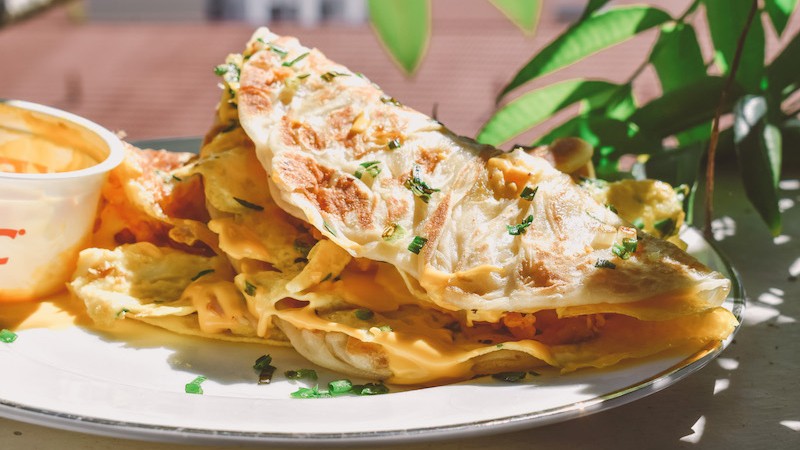 The tantalising smell of the ambrosial scallion roti prata-pancake wafted up my nostrils. Immediately, I could hear my stomach growling in excitement. It starred chunks of crispy KFC tenders enveloped in a roti prata-scallion-pancake wrap with an egg plaster, slathered with a creamy and gooey cheese sauce.

The scallion roti prata retained its crispy edges, though it still tasted much like roti prata albeit a muted rendition. The scallions added a depth of flavour, immediately landing on my tongue and producing a sharp, aromatic onion flavour, which aided in shadowing the ghee taste from the roti prata.

The cheese sauce had a perfect consistency, with the right amount of viscosity and it added much-needed moisture to the dish, helping to provide a creamy mouthfeel to each bite. It melted in your mouth, creating different layers of textures that also included the crunchy spring onions.

All in all, I can’t quite say this dish could dethrone the original pancake’s place in my heart. That being said, however, I do believe this to be an interesting food experiment for anyone too bored at home! The dish being so customisable allows it to be catered to your palate and with the main ingredients being inexpensive, you’ll be able to create your perfect pancake in no time. If you have some extra crispy tenders, why not refashion them for breakfast the next morning?