Liang Sandwich Bar has gained a fair bit of popularity in Singapore over the past year, more famously known as the Jay Chou-endorsed pancake stall. To celebrate their newest outlet located at the basement of Bugis Junction, they have launched a new menu with localised flavours. 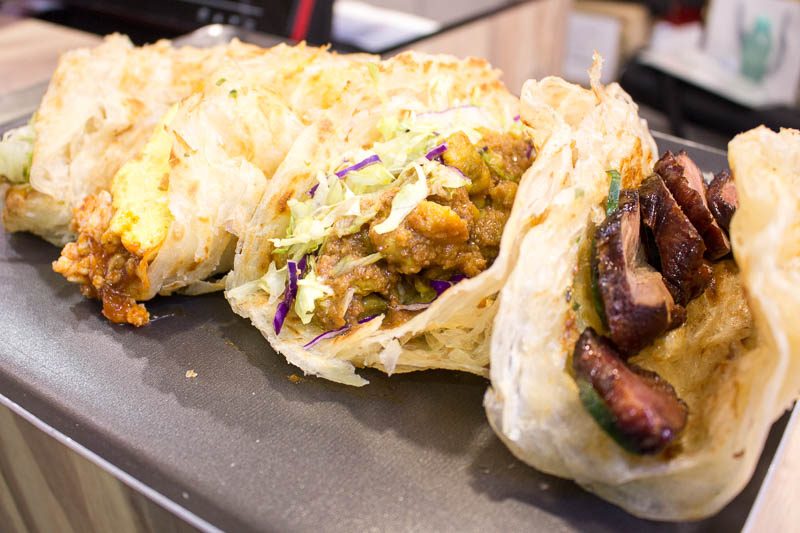 I personally love the original offerings. The fragrant scallion pancake base is fluffy yet crisp, making it a delicious snack on its own. I usually get mine with egg and cheese which are pretty neutral flavours. I was intrigued as to how the new heavier flavours would fare. Hence, I decided to go down for a taste test. 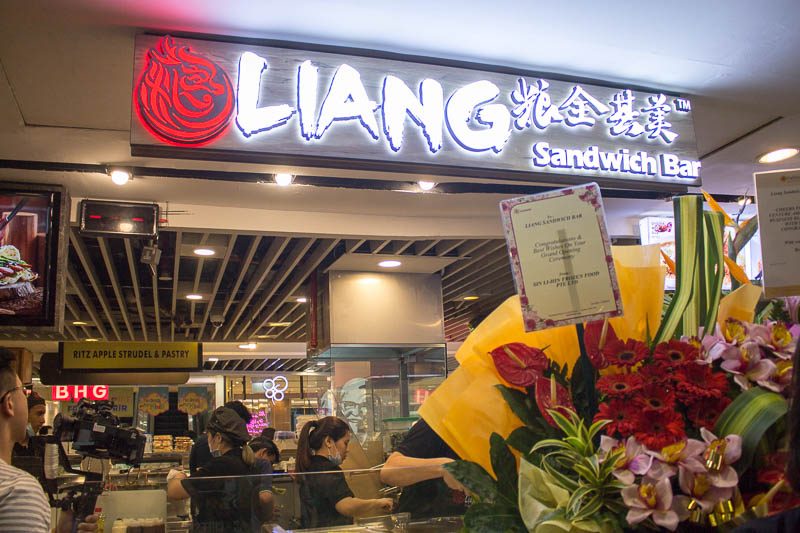 The stall front was similar to the other outlets, except this outlet serves new offerings. Do not fret, these are just additions to the original menu. Due to a malfunction with the grill, I waited quite a bit for my food. Hopefully, it’s a one-off issue and they would be more efficient in their service moving forward. 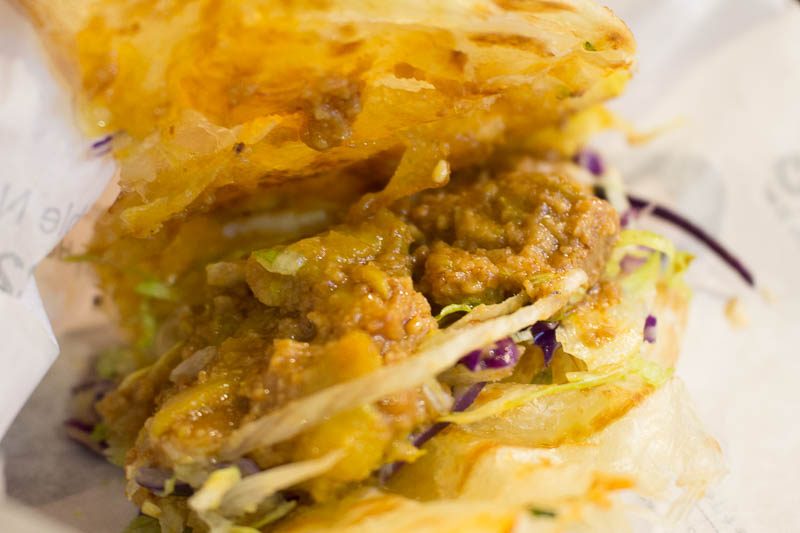 Back to the food, I decided to get the Satay Chicken (S$7.90) as those who know me would know I love peanut sauce. When I first received it, I wasn’t the most impressed with its messy appearance and it felt slightly soggy in my hands. However, that changed as I bit into the sandwich.

The scallion pancake itself wasn’t as piping hot as I would have liked but it maintained its crisp edges. Neither the fluffy portions nor the fresh vegetables were mushy from the sauce too. I liked that the peanut sauce was not overly sweet, but distinct enough to give off that familiar nutty aroma. The chicken chunks that were scattered through the pancake also had a nice ratio of lean meat and fat. 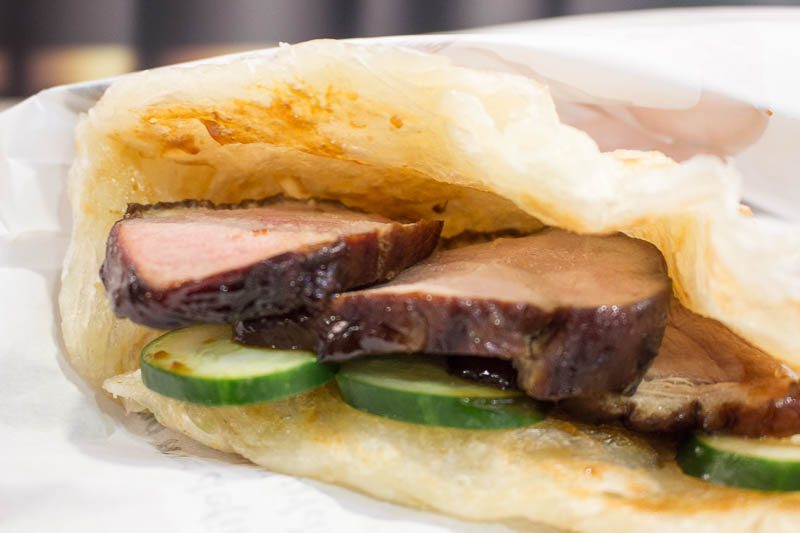 We also decided to get the Beijing Duck (S$7.90), which came looking much more presentable. They served the duck in thick slices. I appreciated that it wasn’t gamey and was surprisingly tender, although rather one-dimensional in taste.

The cucumber slices added a nice refreshing touch, but I wish they added more hoisin sauce to bring out the flavours of the duck. 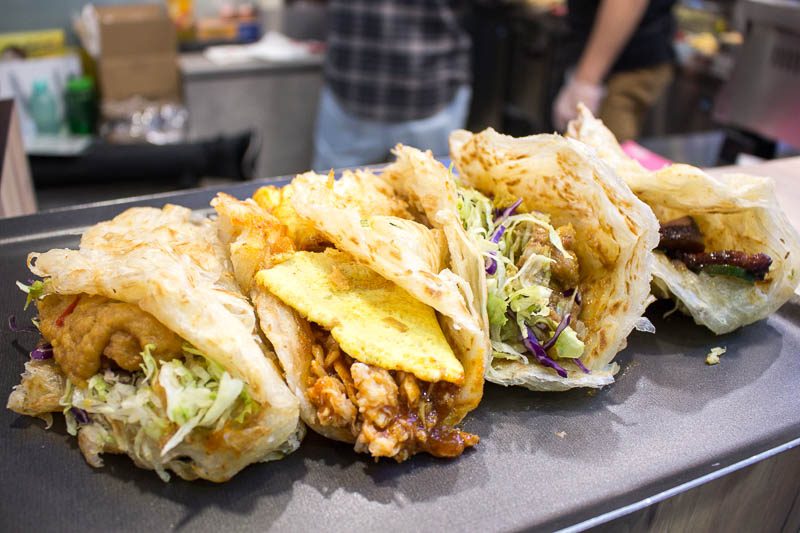 I think it’s a good effort in widening their menu, especially with local favourites that will entice people to try them. Tastewise, it was pretty decent and they complemented the scallion pancake well.

It is on the steep side for a sandwich but I guess Chilli Crab (with real crab meat) and Beijing Duck would naturally fetch a higher price tag. If you are feelin’ fancy or craving a single portion of these local delights, they are worth stopping over for.