The island is situated between two provinces, Phatthalung and Songkhla, which are located at the southernmost part of Thailand. 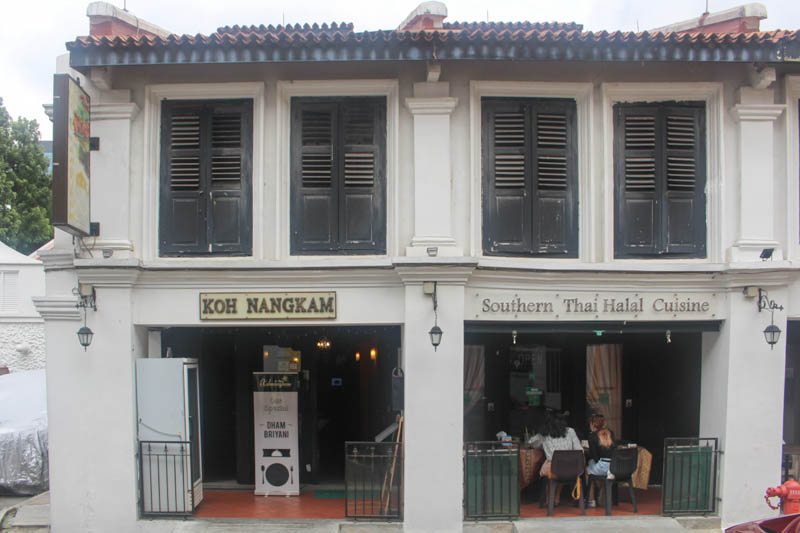 Koh Nangkam aims to bring the southern flavours of Thailand to the table. I was enthralled to check out their menu and immerse myself in their long list of dishes. The restaurant was located near Bugis and has interesting places like the Vintage Camera Musem right beside it. If you’re taking the MRT, great news for you. It took me about seven minutes from Bugis MRT to arrive at the restaurant’s location on foot. 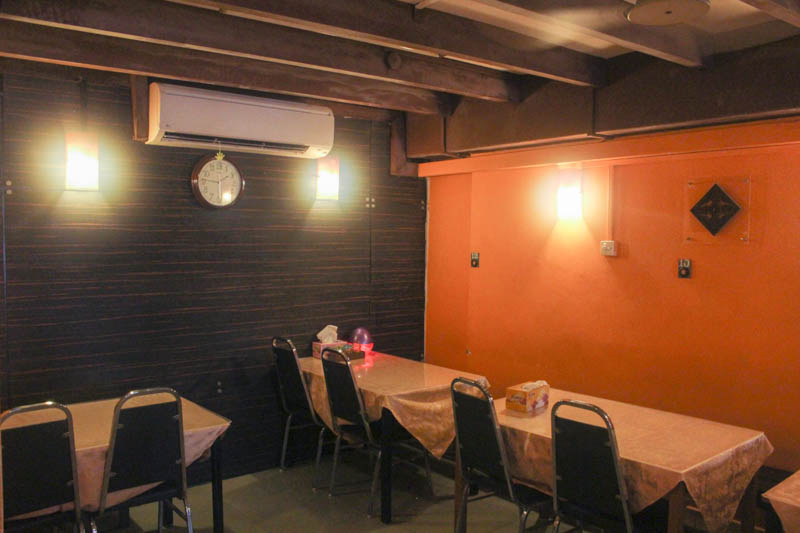 The restaurant was thankfully air-conditioned, and had plenty of seats. 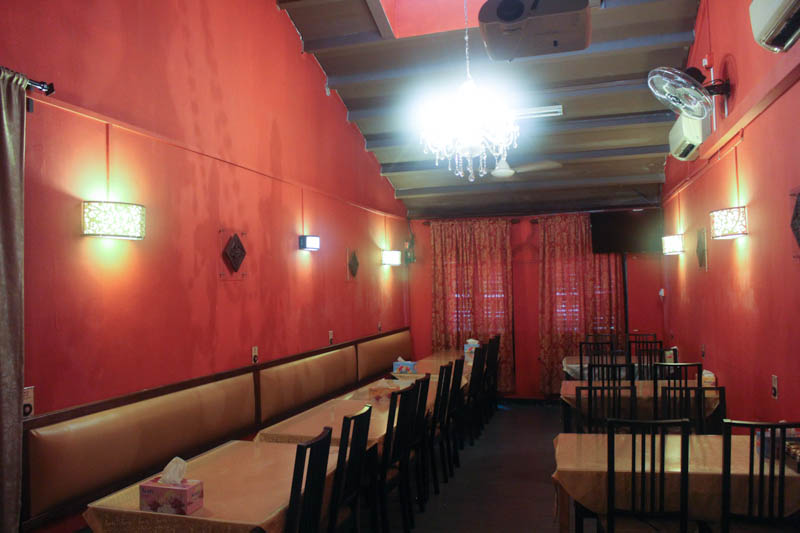 There was even a second storey to accommodate a higher volume of patrons. The weather was dreadfully humid as usual, hence I asked in desperation for recommendations for thirst-quenching drinks. 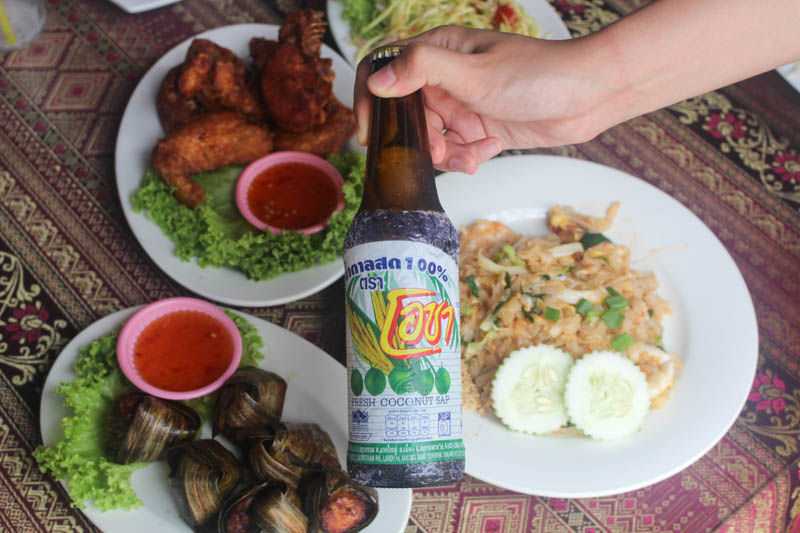 One of the highly recommended drinks was the Coconut Nectar (S$2.50). I was fascinated to find out from them that this was actually coconut sap.

It tasted close to coconut water’s consistency; watery and not too viscous. The smell was nutty with slight star anise characteristics. It proved to be refreshing after walking in the heat. 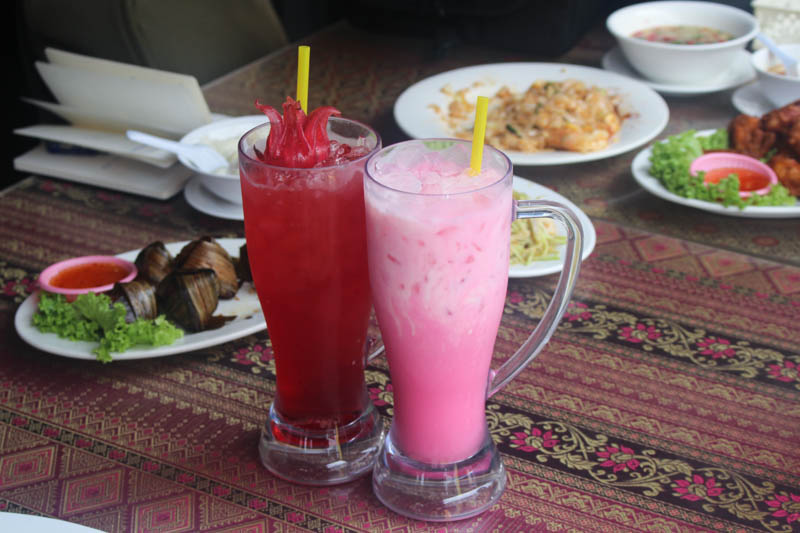 The Thai Bandung had more depth compared to the bandung you usually get from hawker centres—not just a sugar-loaded drink with tons of cordial. It had a rosy taste to it, and was not as cloying as the other bandung‘s out there.

For the Roselle drink, it had a lychee-esque taste to it, which was pleasantly invigorating. You can even eat the hibiscus on top of it! 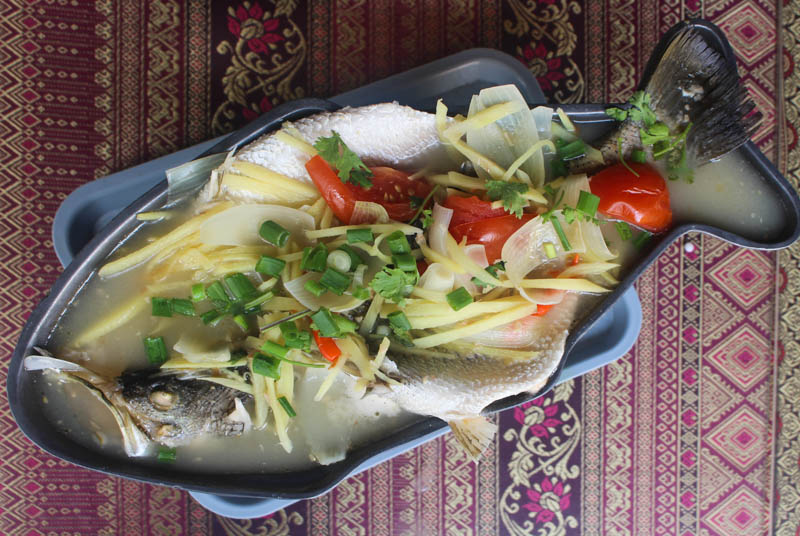 I started off with their signature Koh Nangkam Steamed Sea Bass (S$38). The fish was steamed with ginger and plum, and smelled aromatic, with a hint of herbs. The broth was on the lighter side, and was addictive to enjoy with the fish’s flesh. It was not heavily seasoned and tasted like home-cooked food. 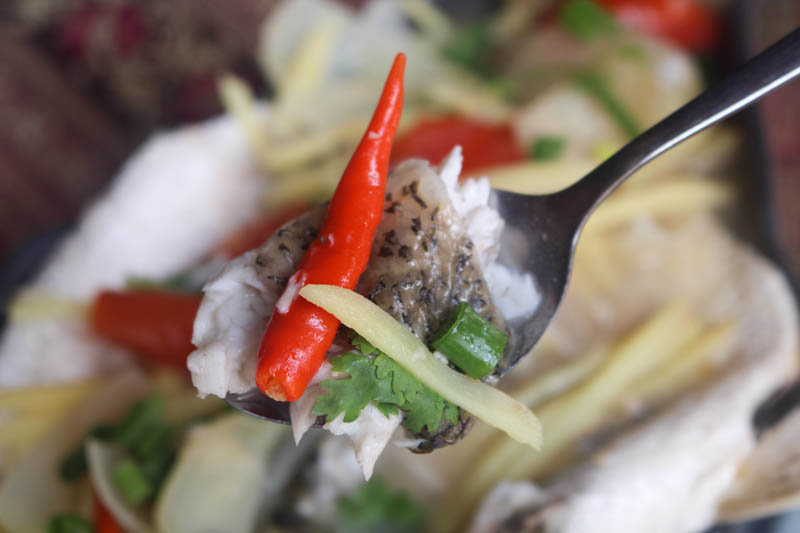 The sea bass meat was succulent and extremely filling, in spite of it only being a fish. 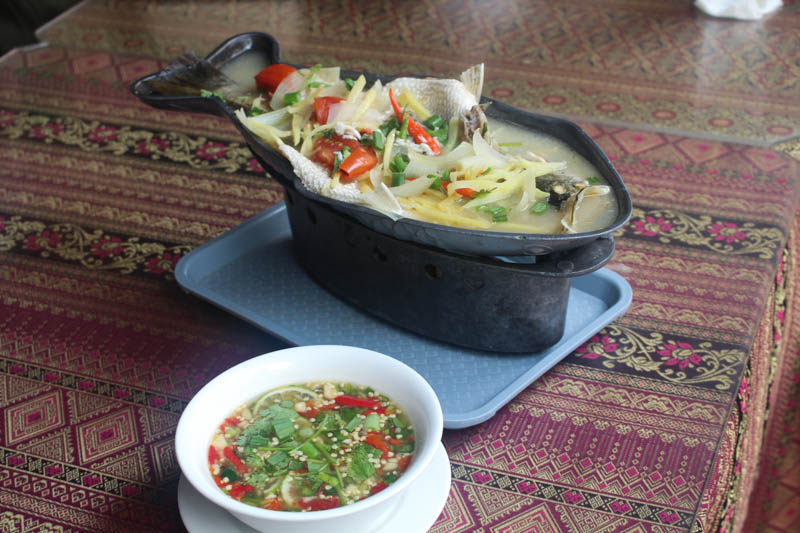 For those who prefer a spicier kick to their fish, get the Steamed Lemon Sea Bass (S$38).

We would’ve been too full to consume a whole second sea bass, but we did manage to have a taste of the sauce from said dish. 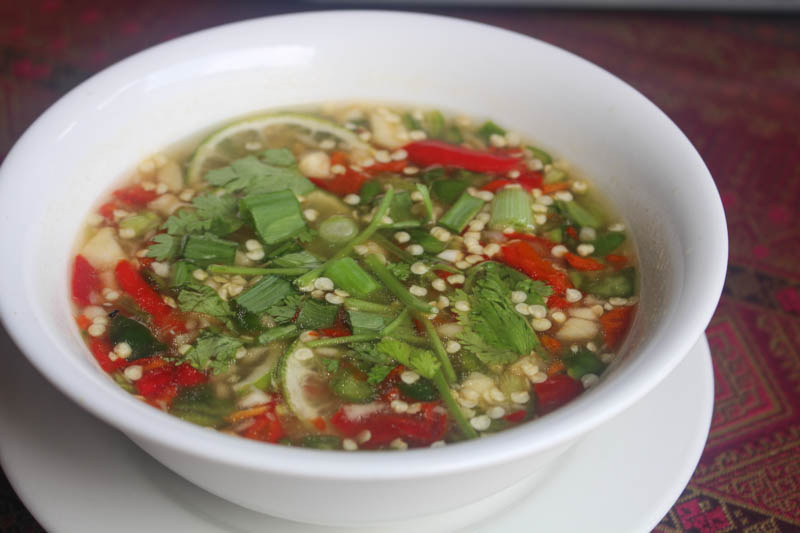 Steamed Lemon Sea Bass is a classic Thai dish that never goes wrong, so I would never expect it to fall below expectation. I dipped some of the sea bass meat into the lemon sauce; it smelled citrusy, with a dash of heat from the chilli padi for a punchy note.

Devouring it, it was what I imagined—sweet, sour and fiery. 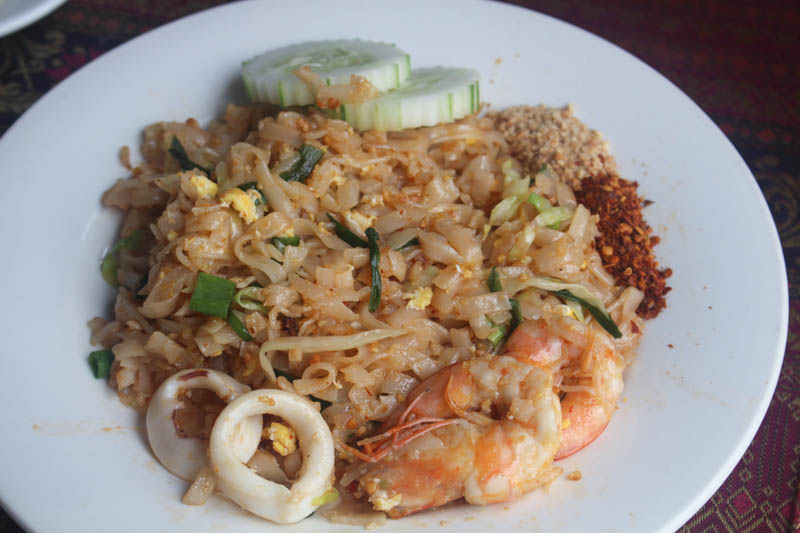 As the Pahd Thai (S$6.80 (S), $13 (M), $16 (L) ) was brought out to us, the sweet-sour aroma was tempting me to just eat it instantly without taking a photo of it. Yes, I did realise the erroneous spelling of phad thai in their menu, but I suppose to each his own! 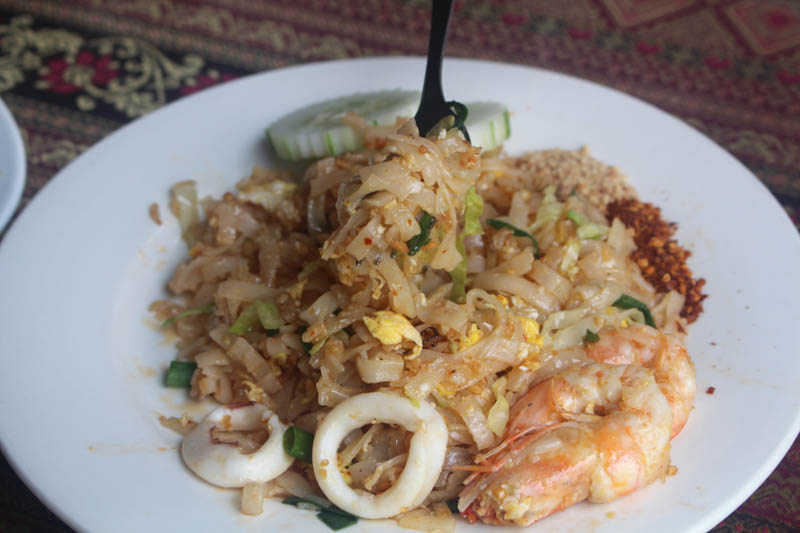 The rice noodles, more commonly known to us locals as kway teow, was cut into small pieces, making it easier to eat.

Texture-wise, it was definitely al dente and it was not as dry as the other phad thai‘s in the market. It was stir-fried impressively well so that the kway teow didn’t clump together, although this boils down to individual preference. 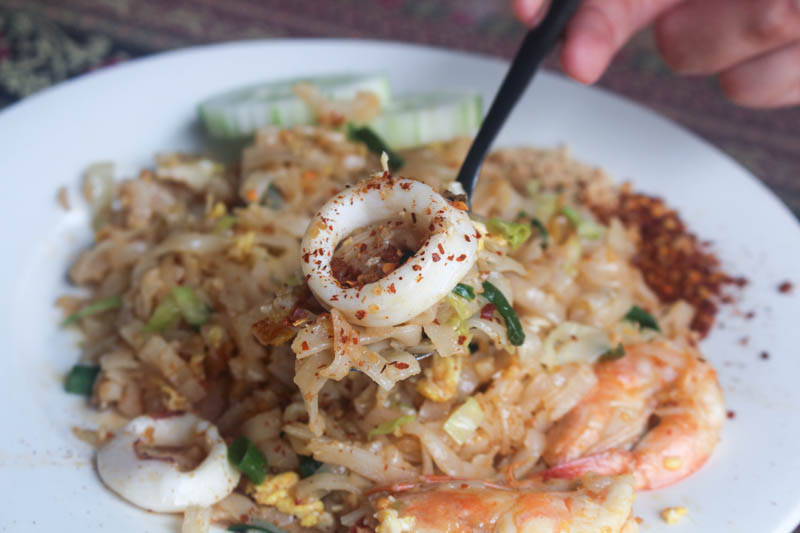 Both the squids and the prawns complemented the dish well, adding to the dish’s value as I don’t find squid commonly found in phad thai.

The seafood ingredients helped to elevate the dish in terms of the portion and worth, and left me wanting more plates of the Pahd Thai. Another rather interesting ingredient they used was cabbage, which might displease those who absolutely hate vegetables, whereas I found it gave the dish a commendable crunch. 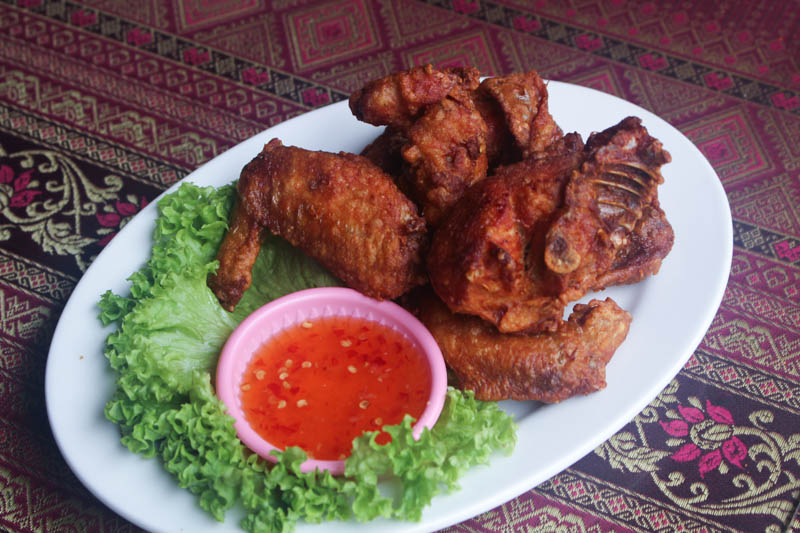 Hadi grew up eating this growing up, as his mother cooked it for him often. One bite in and I could understand why this was his preferred style of fried chicken.

The tantalising smell of the chicken drew me in, and its unique marinade—made with ingredients like coriander seeds, cumin, fried shallots, and pepper—made the fried chicken truly stand out. 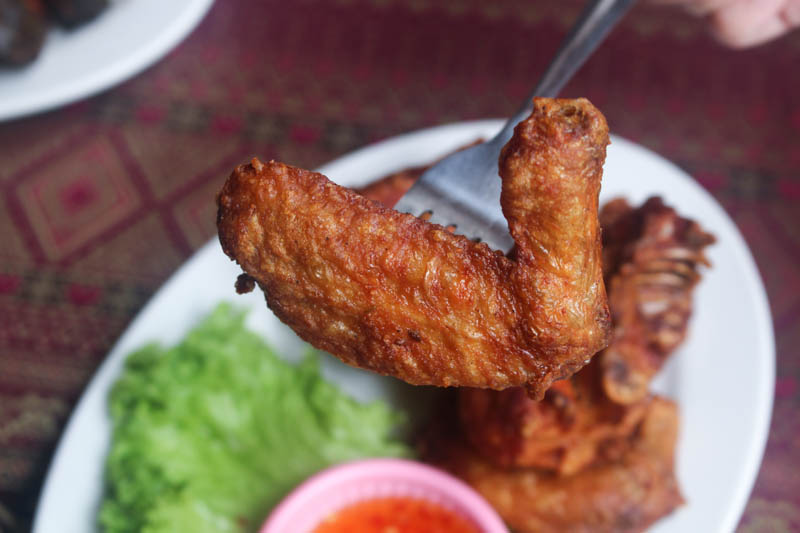 With its crispy texture and peppery undertones, it’s no surprise that this was Hadi’s favourite dish of all. 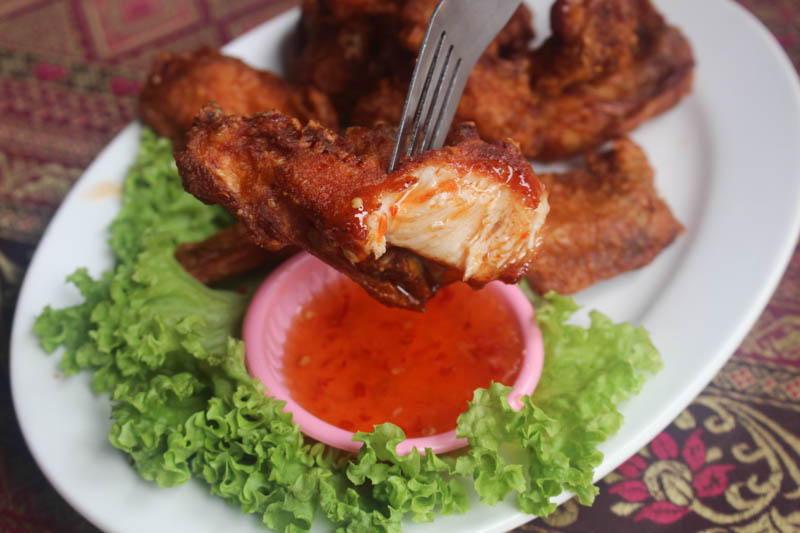 For those who prefer fried chicken that is not too dry, do consider dipping the Hatyai Chicken into the Thai sweet chilli sauce for a sweet and sour contrast to the savoury chicken. It has ingredients like potatoes, squid, prawns, as well as green beans. 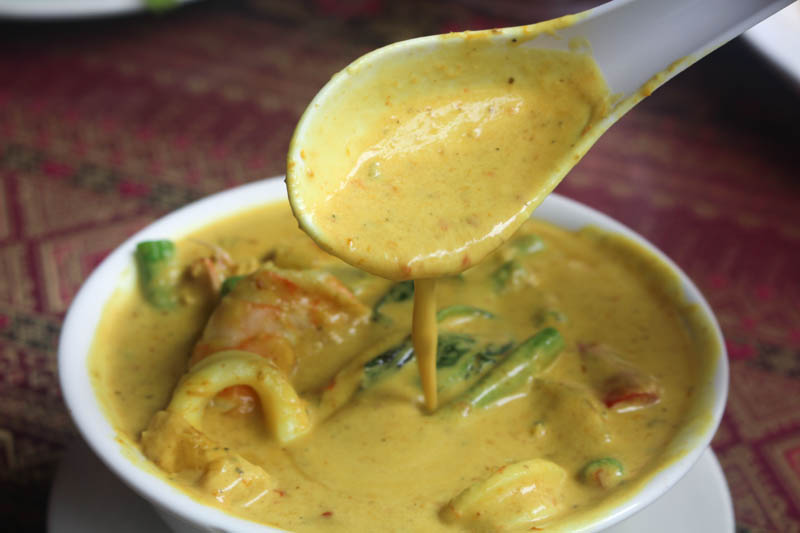 While savouring the Thai Yellow Curry, I experienced the spice creeping in slowly; akin to how mala‘s spice works. Its texture was creamy, and definitely had a spicier kick than green curry.

It had an earthy punch to it, but still enjoyable with rice. 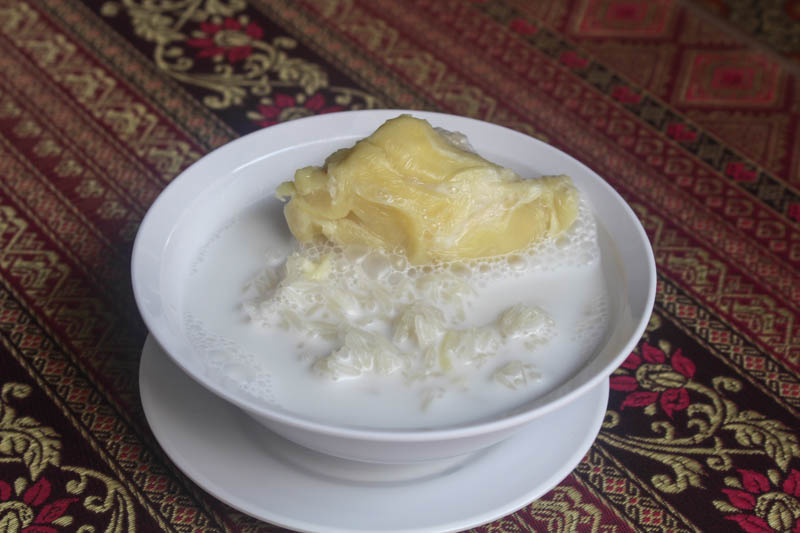 I was intrigued by the Durian With Sticky Rice (S$4.80). It was surprisingly not as rich as I thought it would be. The dessert had a single large piece of durian (whole seed intact), proving its freshness and the reason behind its potent and undeniable pungent taste. 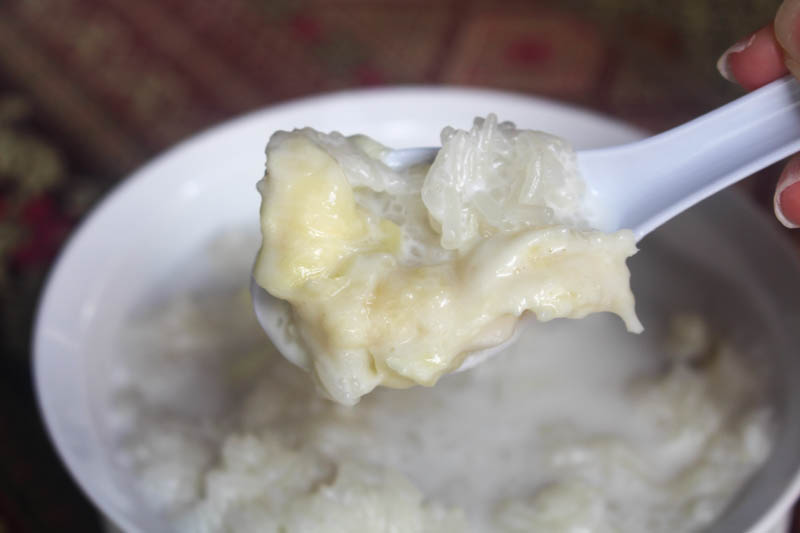 Would I pick this over mango sticky rice? That would be a tough choice, but I suggest if you’re a durian fanatic, this is a must if you’re seeking dessert here.

I would definitely come back to order this because I go crazy for durians and sticky rice.

The next time you’re around Bugis, do head over to Koh Nangkam to get your Thai foodie fix. The must-order dishes I personally recommend are the Hatyai Chicken, Thai Yellow Curry as well as as the Durian Sticky Rice.