If you’re one to scroll through Facebook or online news sites religiously every day, you’d have heard of Kok Kee Wanton Mee, one of Singapore’s most beloved wanton mee stalls—or at least, that’s what everyone is calling it.

It’s been called “legendary”, “notorious”, “famous”, and even touted as the “Best Wanton Mee in Singapore”, so much so that someone wanted to buy its secret recipe for S$2 million in March 2019, but the owners rejected the offer.

So, we decided to drop by its newest outlet at Lavender to see if Kok Kee Wanton Mee was worth the hype. Kok Kee Wanton Mee started in 1992 as a humble wanton mee stall at Lavender Food Square before moving to Hoa Nam Building in Jalan Besar. Suddenly, much to the dismay of many Singaporeans, it closed down in 2016.

However, it made its return in March 2019 at 30 Foch Rd, and man, it was like Christmas morning for so many Singaporeans.

I didn’t understand the hype at first, but that’s probably because I was still a tiny baby when it first started. Others have shared nostalgic memories of growing up eating Kok Kee’s springy wanton noodles. I likened it to my love for that good ‘ol chicken rice stall which I’ve been patronising since I was young, and suddenly, I understood. 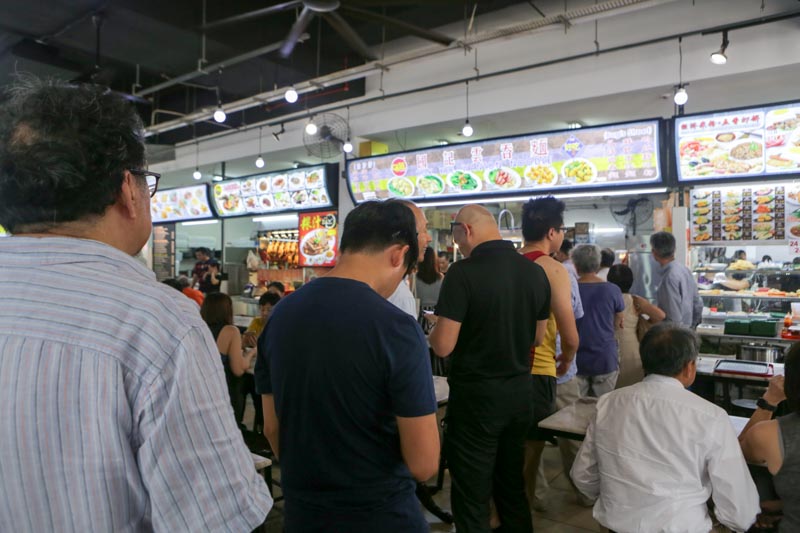 When I visited Kok Kee Wanton Mee on a regular weekday for lunch, I spotted the queue before I saw the stall itself. It was so long that it extended beyond the kopitiam itself!

I ended up having to queue in the hot afternoon sun for about 10 minutes or so, waiting as the queue painfully crawled bit by bit. It took me a good 20 minutes to get my food.

When I whipped out my camera to take pictures of the storefront, I was taken aback by the stall owners, who barked at me instantly: “No photographs allowed!” Even after explaining that I was writing an anonymous review of the stall (I paid for my own food, by the way), the owners still said no. Perhaps they have so much publicity that they don’t need any more publicity?

Thankfully, I caught some shots of the storefront while queuing. If not, this article would’ve just gone straight to the bin. 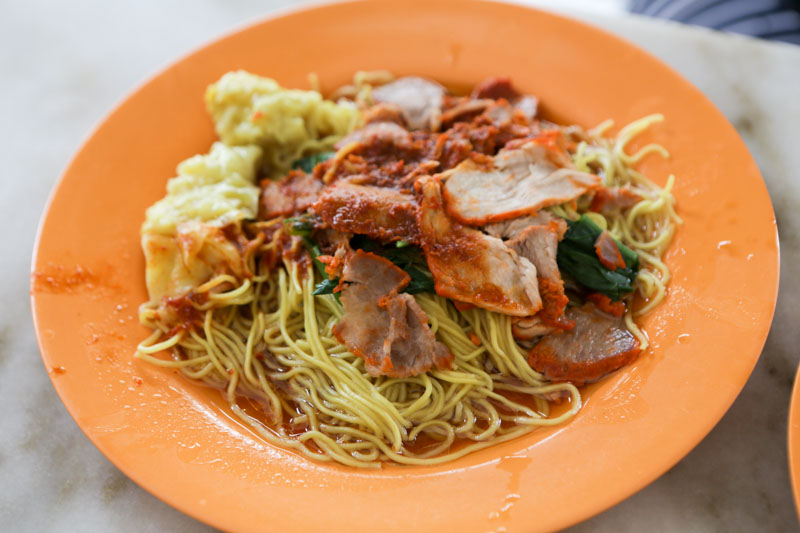 And there you have it—Singapore’s “Best Wanton Mee”. Kok Kee’s Wanton Mee (S$5) comes with an oily clear sauce, a bed of egg noodles, a handful of dumplings, thin slices of char siew, and some vegetables. 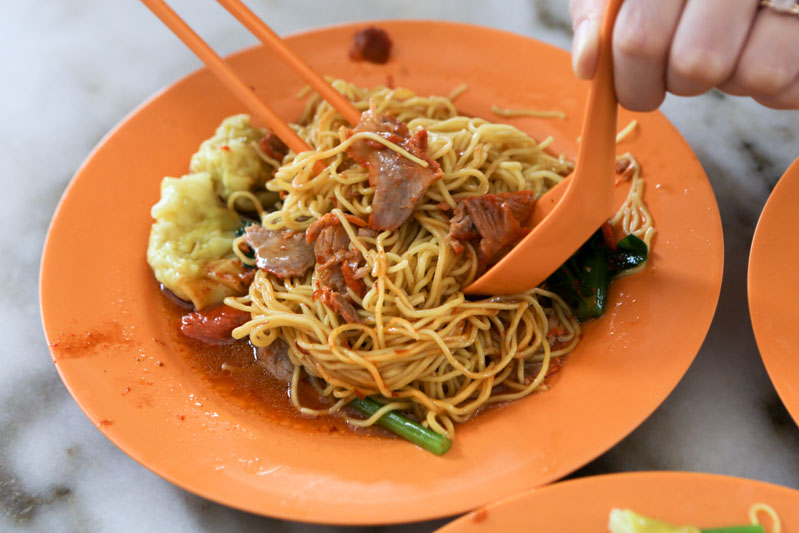 I immediately gave the wanton mee a good toss and I was delighted to see that the watery lard-based sauce coated the noodles nicely. I didn’t even have to add any soup to loosen up the clump of dry noodles! 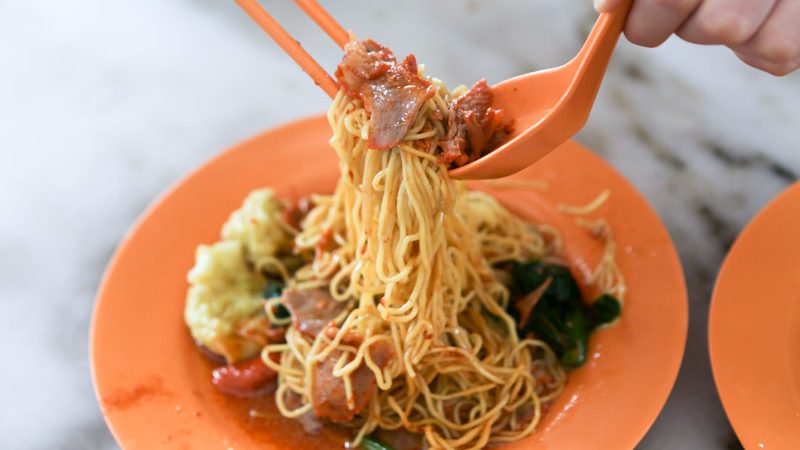 I initially thought that the noodles would be too oily, but I was pleasantly surprised by how buttery, hearty and sweet the sauce was. As expected, the noodles were springy with just the right amount of bite—not too soft that it’d break when I lifted it with my chopsticks, and not too hard that I had trouble biting through them.

Kok Kee’s wanton mee was such a classic. The watery lard-based sauce wasn’t too overpowering and allowed the natural sweetness from egg noodles to come through. At the same time, it was salty enough so that each bite was tasty and not bland.

To some extent,  Kok Kee’s wanton mee reminded me of kolo mee in the way that the noodles themselves were the hero of the dish, while the sauce simply enhanced and accompanied all the existing flavours. Just one look at Kok Kee’s char siew and I could tell it was thinner, as if it had been sliced finely or it had gone through a mechanical slicer. It also had very little fat and as a result, though the char siew was sweet and chewy, I thought it was a tad dry. 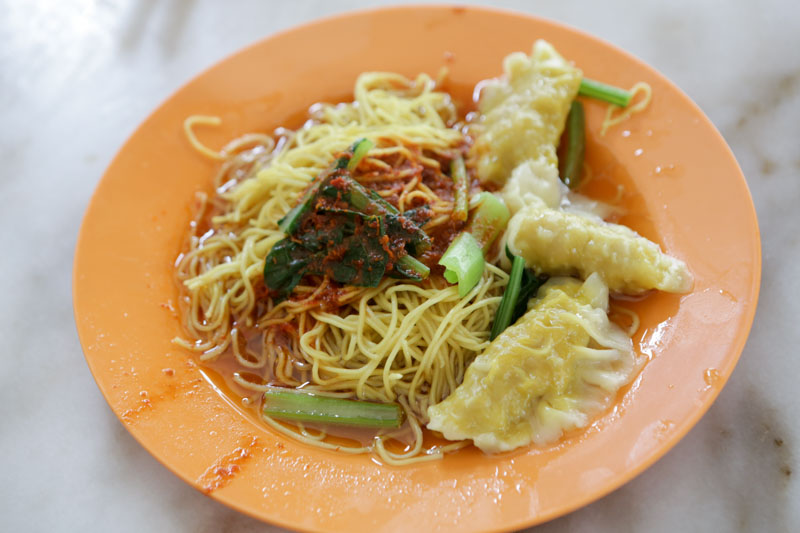 You can also choose to get Kok Kee’s Dumpling Noodles (S$5). It was virtually the same as its Wanton Mee, except for the fact that its char siew had been swapped out for bigger dumplings. 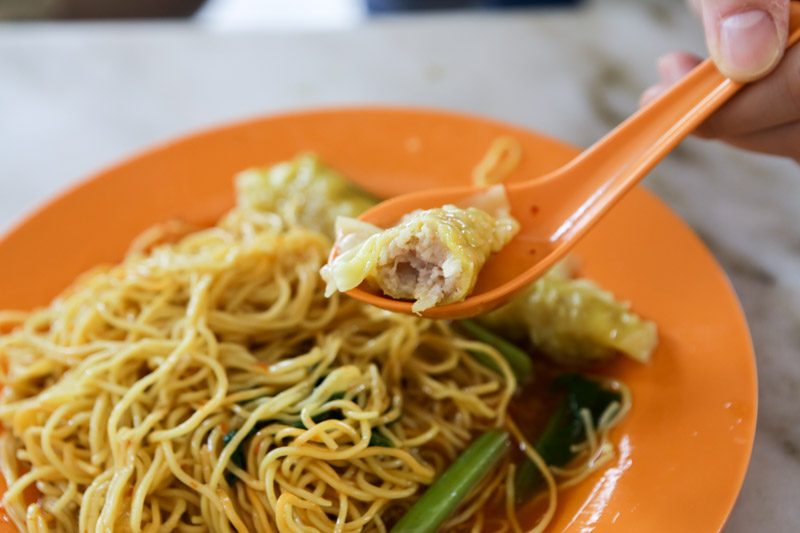 The dumplings were soft, smooth and sweet. I liked it that they were generous with the dumpling filling, which wasn’t minced too finely, so the meat was tender and juicy. 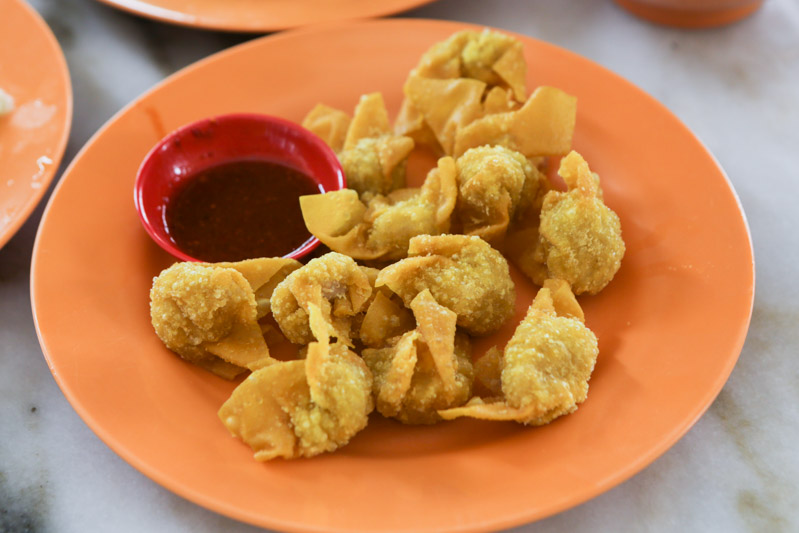 You can also order its legendary Fried Wanton (S$7). It’s fried fresh upon order, so you’ll definitely get crispy wantons rather than soggy or soft ones. 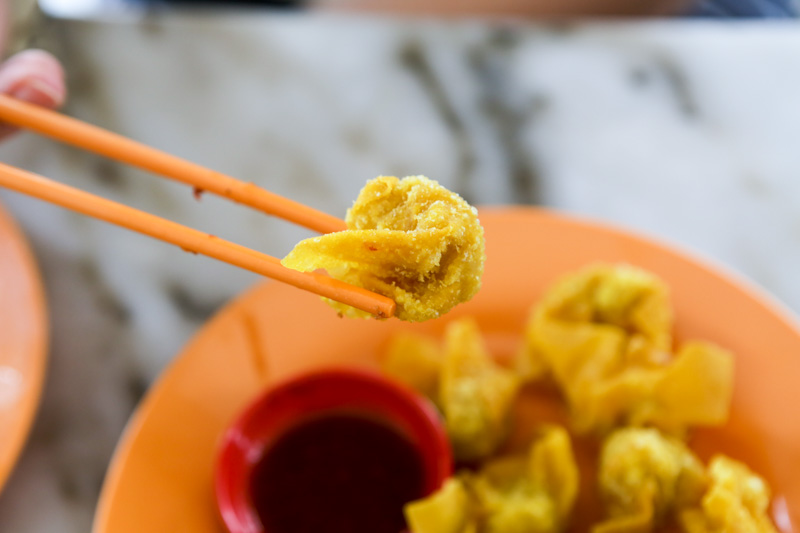 Every single fried wanton I’ve eaten has consistently been soggy, tasteless and disappointing, but Kok Kee’s fried wantons lived up to the hype. It was crispy and had a mildly dusty texture, as if it had been coated in a mixture of flour and breadcrumbs.

It was so crispy that when my dining companion popped one wanton into her mouth and started chewing, I could hear every single crunch while sitting opposite her.

My only gripe would be the price. I wouldn’t pay S$7 for a plate of 10 to 12 fried wantons of that size—the meat bits resembled a 50 cent coin at best. 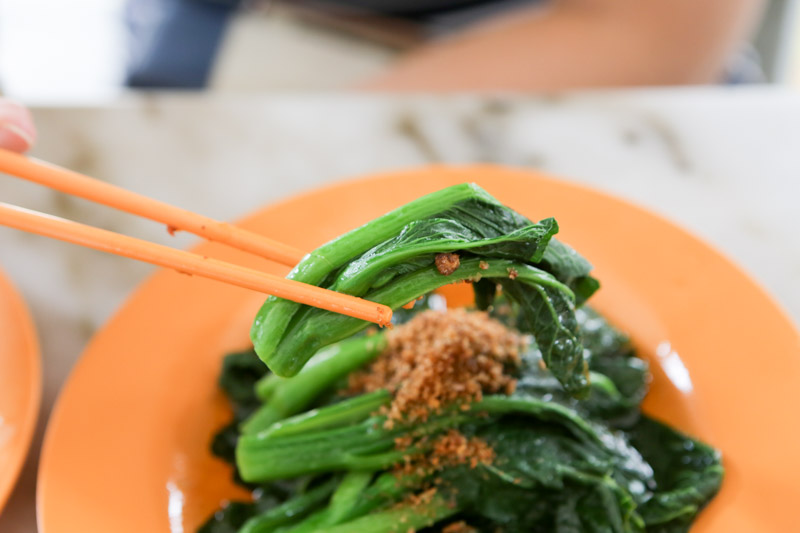 While the kai lan themselves were nondescript, I enjoyed the ground shallots, which added a smoky nuttiness to the dish. I could also taste hints of sugar in the grounded shallots, which took me by surprise as this was the first time I came across such a garnish in blanched vegetable dishes!

The more I slurped up Kok Kee’s wanton mee, the more its flavours won me over. It’s a simple dish—springy egg noodles with a watery lard-based sauce—but it’s insanely comforting. You can’t help but like it.

Is Kok Kee Wanton Mee the best wanton mee in Singapore? I’m going to be bold and say no. I’ve had better plates of wanton mee, but Kok Kee’s wanton mee is so authentically delicious that I have no doubt that it’s a real classic, something that new vendors would use as a benchmark or reference for years and years to come.

Previous articleLe Petit Chef: The World’s Smallest Chef Lands In S’pore For An Immersive Dining Journey Like No Other
Next articleBurger King Singapore Will Feed You A Healthy Dose Of Avocado With Their Latest Star Buys Menu On 17 Sept