Lam’s Kitchen has several outlets across Singapore, and while its menu is vast — consisting of a mishmash of Chinese and fusion dishes — it is predominately known for its Kampung Salt Baked Chicken, and abalone dishes. 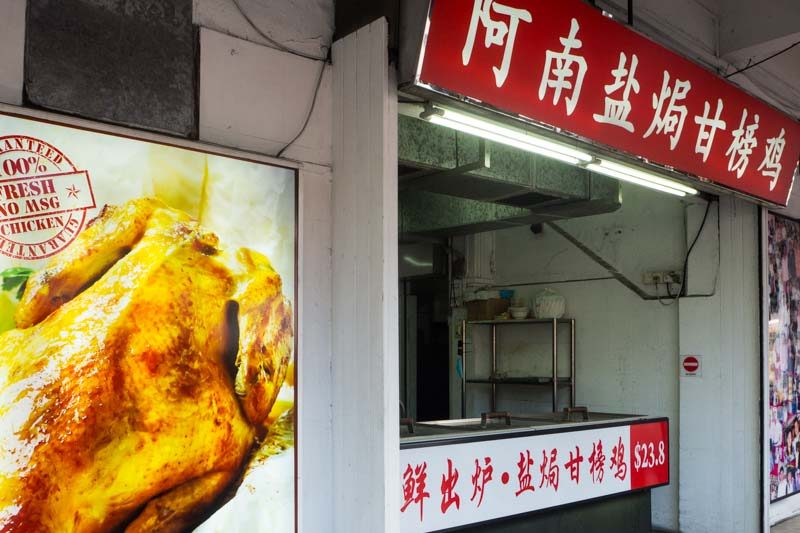 We headed to Race Course Road, one of its oldest outlets. If you’re there at the right time, you’ll probably catch the staff preparing the kampong chickens for baking.

Marinated in Australian course sea salt and eight types of herbs and spices, you’re definitely in for a treat. Dining just next to the road gives a nod to the past, though half the time I was worried that my food would be contaminated by the emissions from the vehicles passing by — my thoughts soon became secondary concerns when I tasted the food. 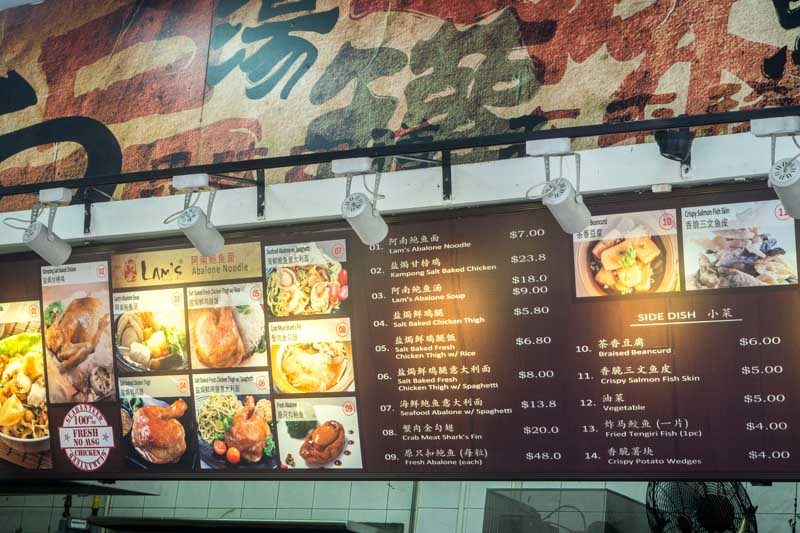 There are plenty of great reviews on the abalone bak chor mee, and since more hawkers are adding premium ingredients to everyday dishes, we thought we should come for the salt-baked chicken and abalone soup. Because it was pre-baked earlier in the day, the Salt Baked Fresh Chicken Rice Thigh with Rice ($6.80) arrived almost immediately upon ordering.

Served in the wrapper that was used to bake the chicken, the dish looked absolutely enticing. It came with a side of bok choy, a cherry tomato and tangy chilli sauce. 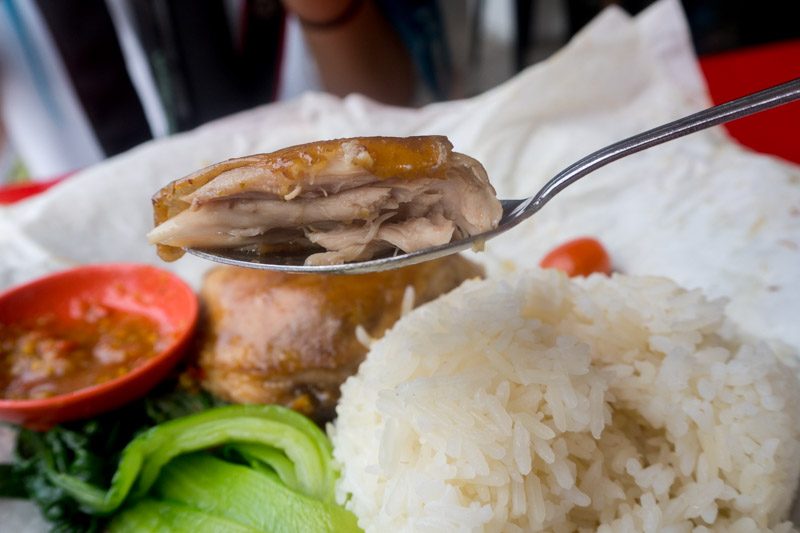 The flesh pulled apart easily with a fork and spoon without having to apply much force, and it was moist with bits of the chicken’s natural oil trickling off the edge of the spoon. 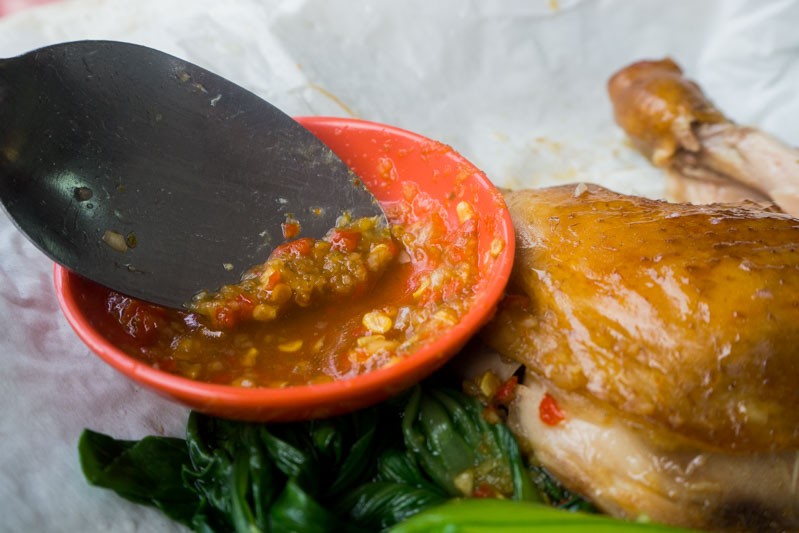 Unlike other condiments that serve to cut through the taste of the dish, this helped add another dimension of flavour to the salt-baked chicken. Abalone soup is still quite rare to find outside of restaurants, so we decided to give it a try.

Priced at $9 a bowl, the Lam’s Abalone Soup may put you off at first, but realising the number of premium ingredients that have gone into making the bowl of soup will quickly justify the price. 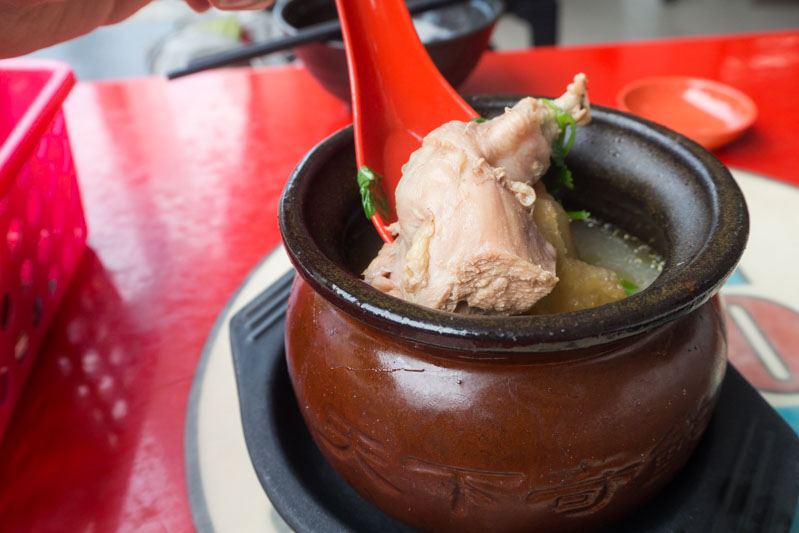 The chunks of chicken meat were fork-tender and fell apart from the bones easily. The flavour of the broth was also infused into the meat from the long hours of boiling. 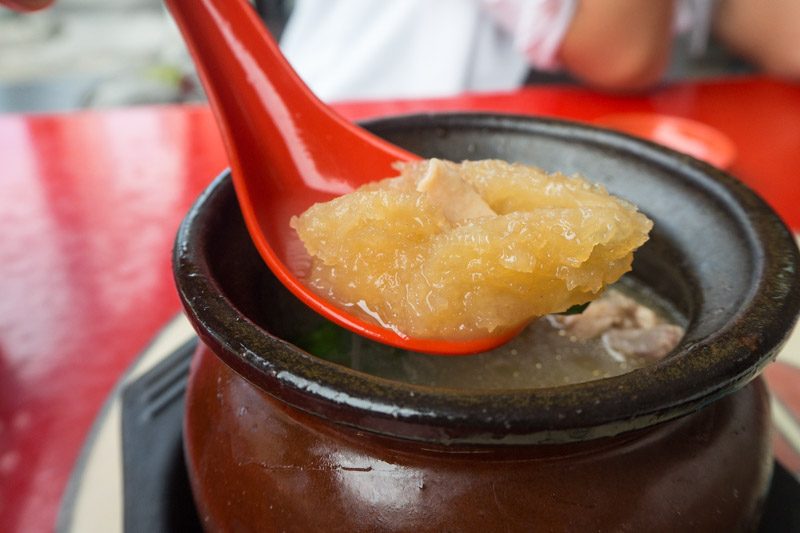 While most places will cut up the fish maw into tiny pieces, at Lam’s Kitchen, it was served in generous portions that you’ll delight in biting into. 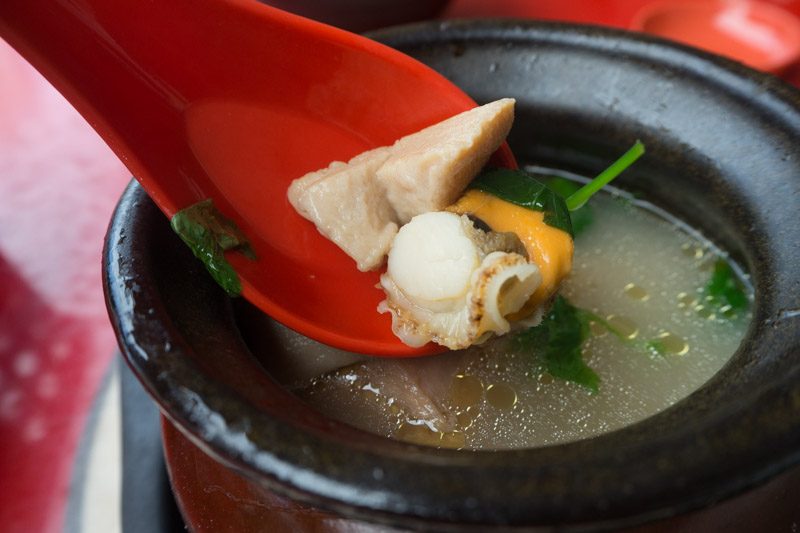 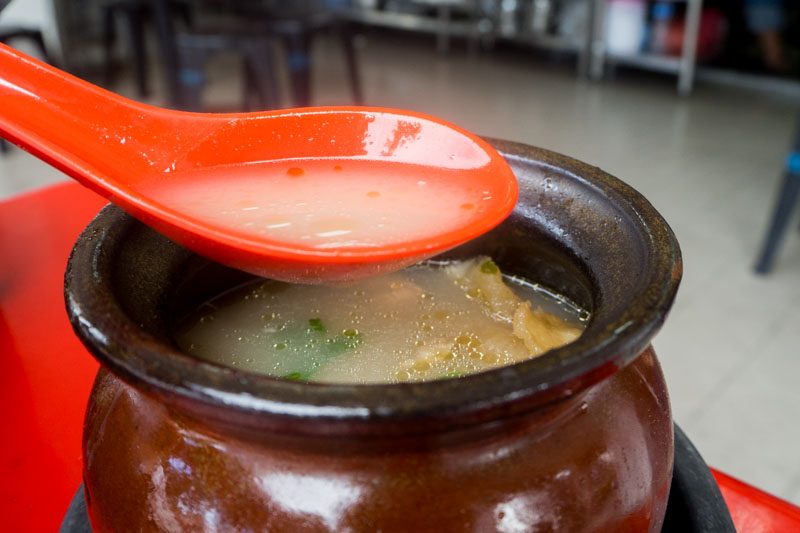 With that much of ingredients in one small bowl, the broth was undoubtedly sweet and rich, yet light at the same time. We promise that you’ll keep coming back for this!

The next time I head down to Lam’s Kitchen I’ll be getting an entire Kampong Salt Baked Chicken with bak chor mee or spaghetti for a unique experience.

Do note that only the outlet at Race Course Road serves the abalone soup, while the other seven outlets across Singapore offer the salt-baked chicken dishes.