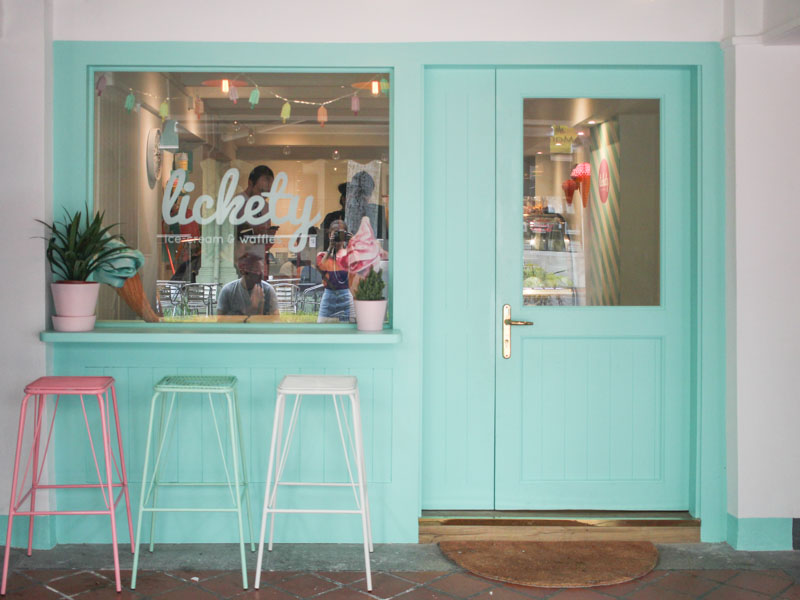 Recently opened in June 2017, this new concept from the folks behind Fika Swedish Cafe aims to provide halal desserts for the public, serving local flavours with a twist.

Despite it being relatively new, it was brimming with business the day we visited.

The shop space is pretty small and can fit about 10 people, but you can also choose to sit on the pretty British-esque seats outside. 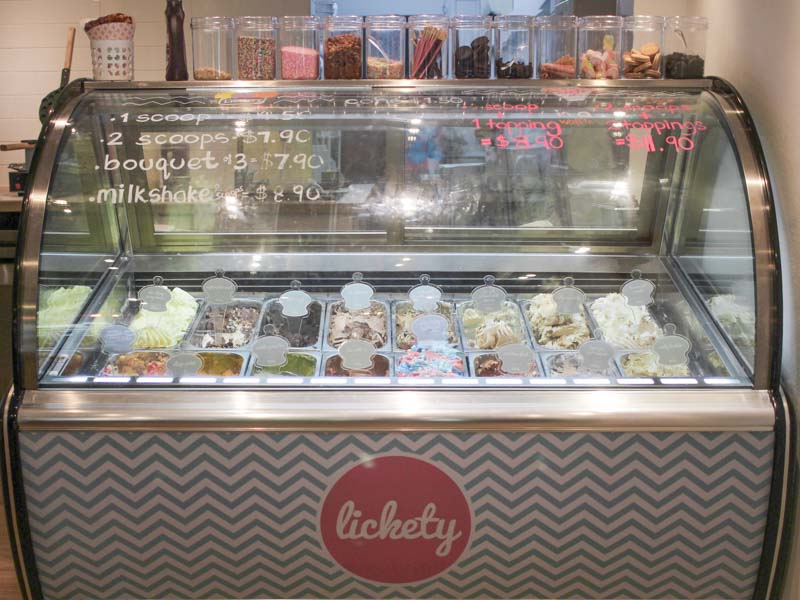 The very first thing you’ll see when you enter the shop is the filled display cabinet, which has a total of 16 ice cream flavours.

The smell of freshly baked waffles wafted up our noses and we knew we had to get one. Upon a closer look, we were pleasantly surprised to find Hong Kong Egglet waffles served instead of the typical ones, and in two flavours as well! Both Buttermilk, and Red Velvet.

The toppings offered, however, were more towards the norm — expect the usual Oreos, Pocky, Rainbow Sprinkles and Crushed Peanuts, which is pretty repetitive like other ice cream shops. We ordered the Waffle Cone with half buttermilk and half red velvet along with scoops of Passionfruit & Raspberry Sorbet, Taro Yam & Coconut, and Horlicks ($8.90). If that didn’t sound enticing enough, our “bouquet” was further beautified with marshmallows, strawberry wafers and a good ol’ dusting of icing sugar.

The egglet waffle was perfectly crispy and buttery. It had a spongy interior, which added a great texture to the whole ice cream experience. The Passionfruit & Raspberry Sorbet was our favourite out of the three, which was slightly tangy.

We were excited for the Taro Yam & Coconut but were, unfortunately, let down as we tasted mostly coconut and only slight traces of yam flavour. We also felt that the Horlicks flavour could have been more “gao“. 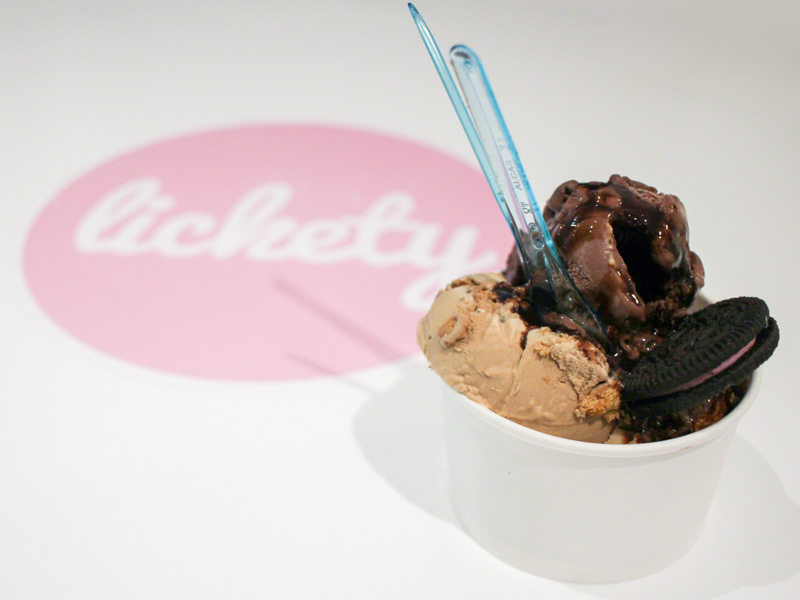 We also ordered a scoop of Dark Angel, Mocha Biscotti and Earl Grey & Fig (three scoops, $7.90). The Dark Angel is basically dark chocolate ice cream with chunks of dark chocolate and chocolate bread. You can never go wrong with chocolate, and we definitely enjoyed this scoop while it lasted.

The Earl Grey & Fig ice cream had the perfect tea to fig ratio and the flavour from the tea really came through. The Mocha Biscotti had a strong coffee taste, and the right amount of chocolate to balance the bitterness of the coffee. 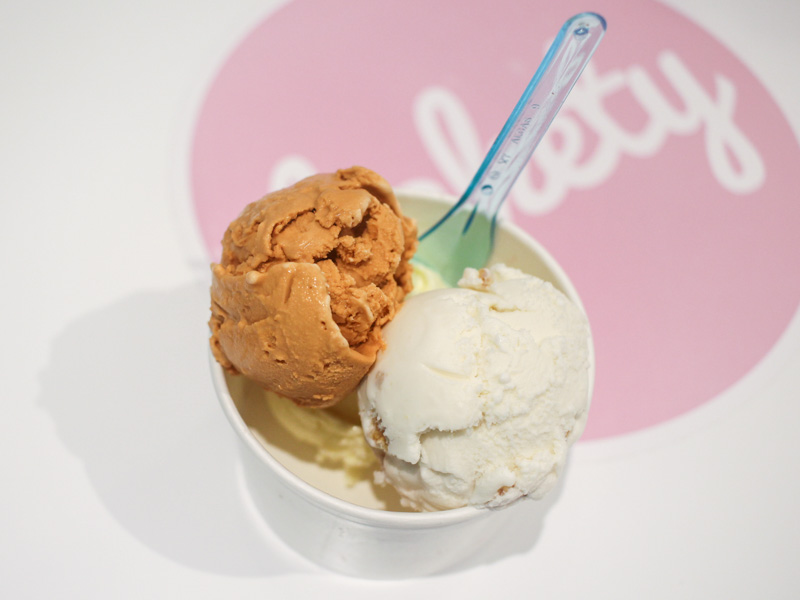 We were slightly disappointed with the Thai Milk Tea as the tea flavour was not as strong as we would have liked and it felt a bit watered down. The Mao Shan Wang was a crowd favourite, with the strong and familiar creamy custardy taste similar to the fruit itself.

The Banana Nut ice cream was also surprisingly pleasant. Its subtle flavour made for a refreshing scoop that was perfect for the sweltering summer heat.

This cafe might just be your new favourite hang out for dessert, and you might gain a jeans size (or two). But hey, anything for ice cream, right?

Previous articleDurians & Fruits Picnic (Singles Only): Meet Your Queen While Eating The King Of Fruits At The Botanic Gardens This 29 July ’17
Next articleLittle Zoo Cafe (Bangkok): Visit This Exotic Animal Cafe With Fennec Foxes & Meerkats In Siam Square