Lobster Time: Feast On This Huge Lobster Noodle Bowl In Bishan That Is Packed Full Of Flavour 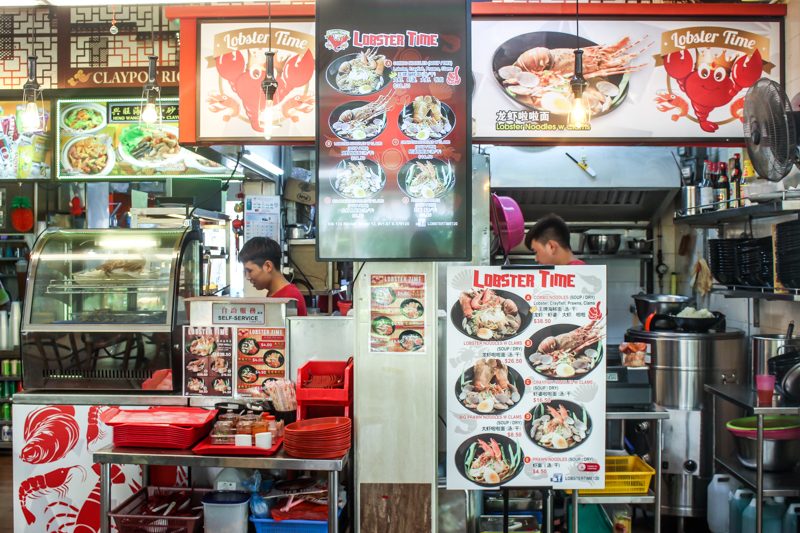 It seems that the trend for hawker stalls of late is to incorporate premium seafood to seemingly simple hawker dishes. And, with such premium ingredients, it’s with good reason that the prices for these kinds of hawker fare has become increasingly steeper.

Nevertheless, us Singaporeans are inherent foodies and will usually spare no expense when it comes to indulging in good food. One such hawker is Lobster Time that sells upsized lobster noodles, alongside other seafood noodle bowls — don’t say we’re shellfish because we’re sharing the very best with you. 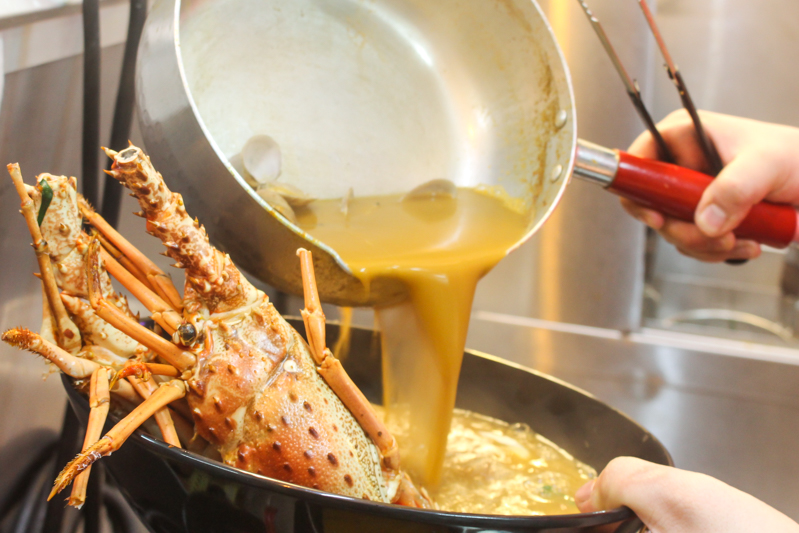 Whether it’s the lobster noodles or other seafood alternatives, one constant among all the bowls is the prawn-based broth that is served when you opt for the soupy versions. You can also customise your bowl by choosing from the standard noodle choices that are available. 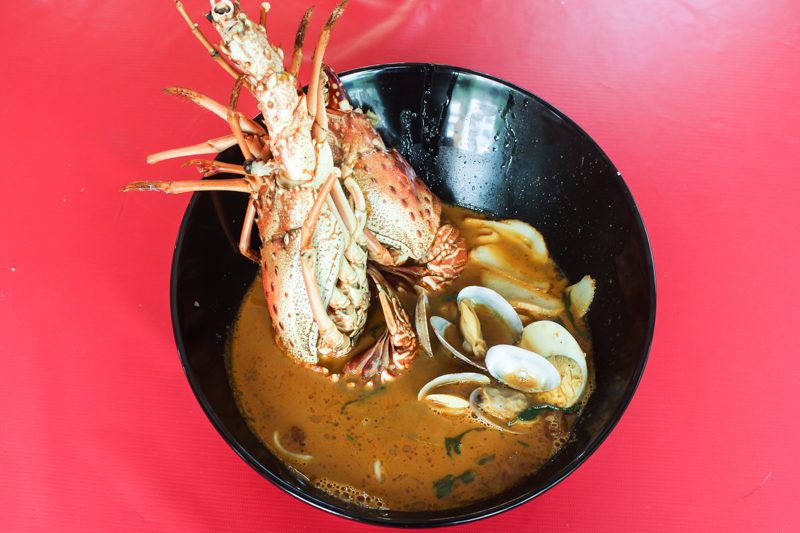 To begin with, we had the Lobster Noodles With Clams ($26.50) and paired the soup base with kway teow noodles. Concocted from a mixture of chicken stock, pork bones and prawn heads, the broth was definitely full on flavour and indeed slurp-worthy. Although there are several components to the soup base, the taste of the prawns were still the most prominent and made up the bulk of the flavour profile. 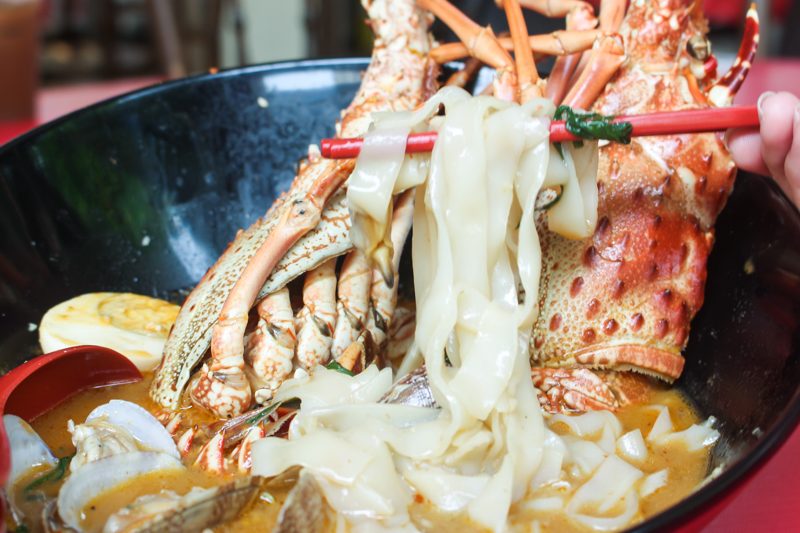 What we liked about the noodles was that it managed to absorb some of the flavours from broth, and as we alternated between slurping the noodles and soup, it was a real treat to have.

Unlike most prawn soups, it was also on the milder end of the spectrum and wasn’t too heavy on the palate. In comparison to the bowl, the lobster was definitely huge and I’m glad to say that the shell housed quite a fair bit of meat, as well. The flesh itself tasted fresh, was firm to the bite and could also be removed easily from the shell. 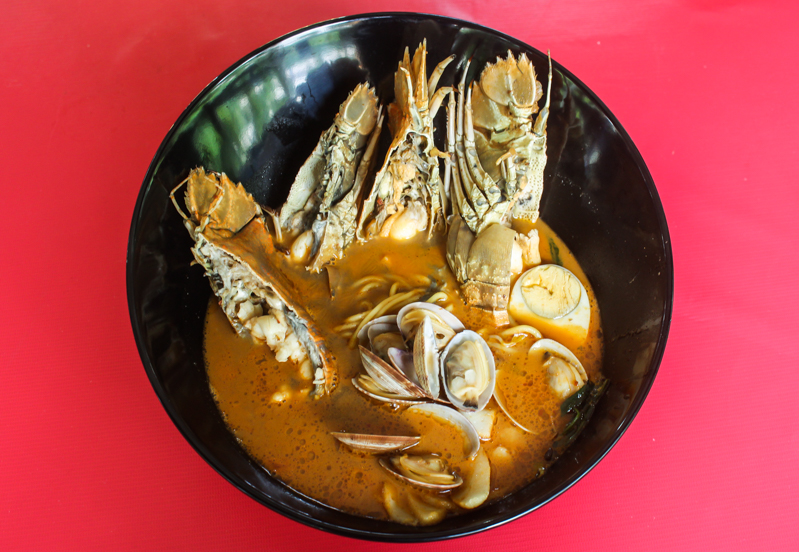 To try a different seafood combination, we went for the Crayfish Noodles With Clams ($16.50). For this, we chose the soupier alternative again, but this time, we paired it with some yellow noodles. 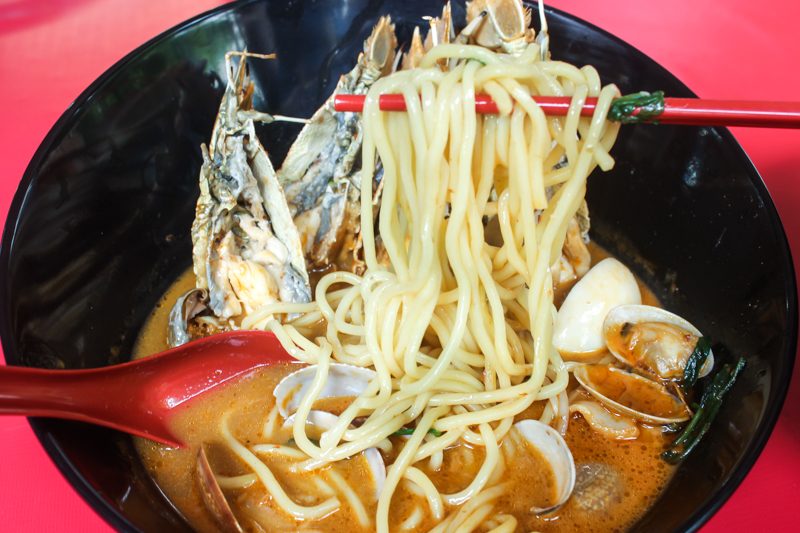 We actually found that the yellow noodles were more suited for the prawn broth, as compared to the kway teow noodles. The thinly stretched noodles seemed to have a chewier bite, which complemented the seafood ingredients all the better. 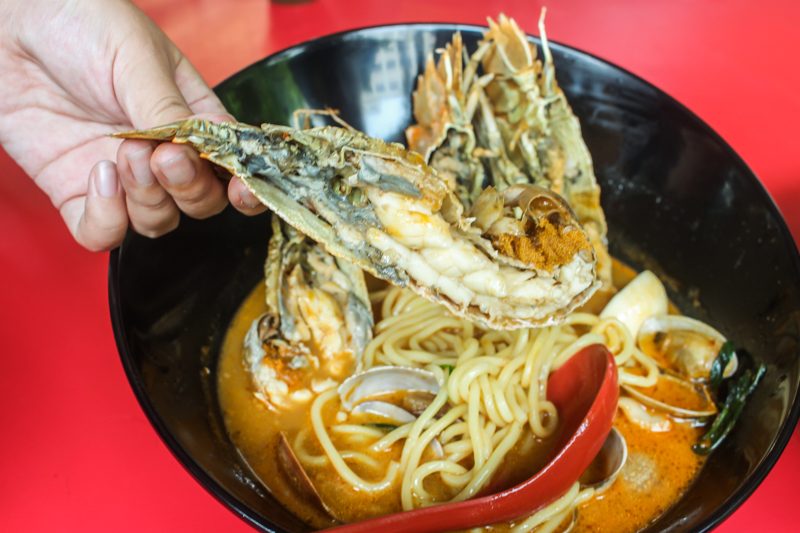 While the crayfish wasn’t as massive as the lobster, we enjoyed it regardless and were pleased to find that there was a huge amount of roe stored in the shell. The tail meat was also taut with no indication of any mushiness, proving that they were handled well in the kitchen. 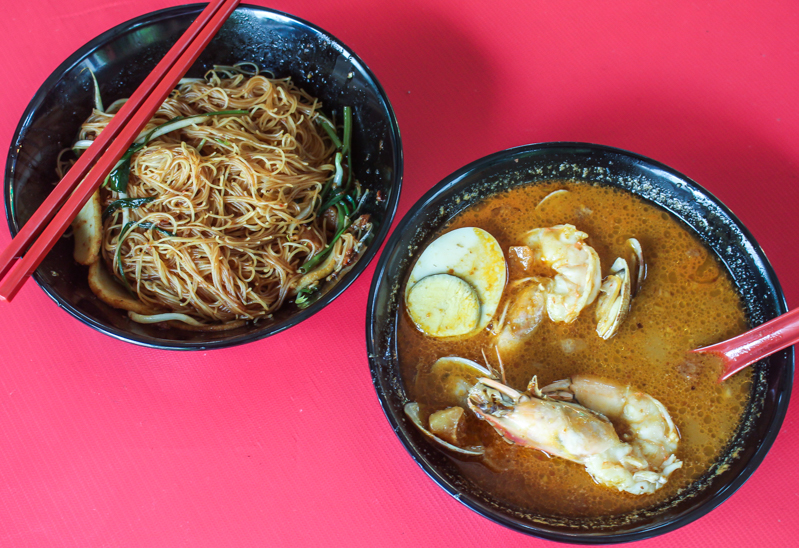 If you’re a small eater and these two bowls are too daunting to take on by yourself, go for the downsized Big Prawn Noodles With Clams ($8.50). Although this noodle is traditionally eaten together with soup, we wanted a change so we had the beehoon noodles served dry with the soup on the side. 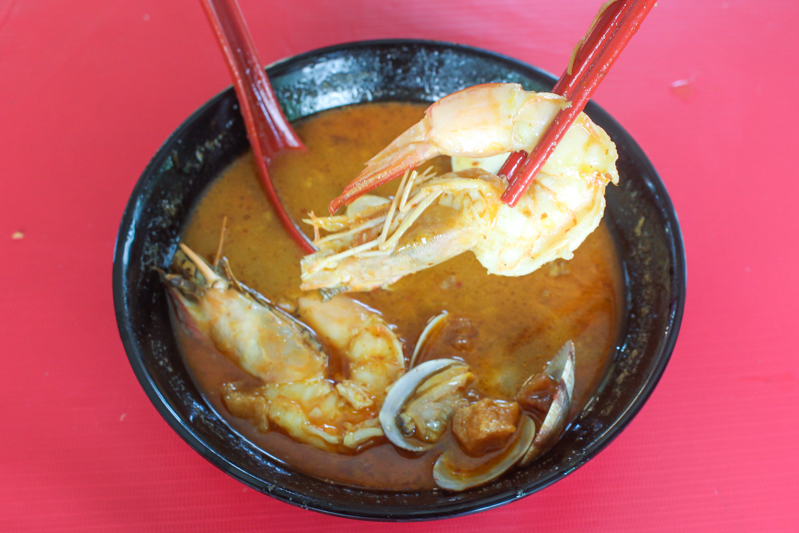 Suffice to say, the soup for the prawn noodles seemed to pale in comparison to the previous two bowls. Even though the same base was used, we felt that the addition of crayfish and lobster really did add a sort of brininess to it that, making it more enjoyable to drink up. That being said, the prawns were still sweet and succulent. 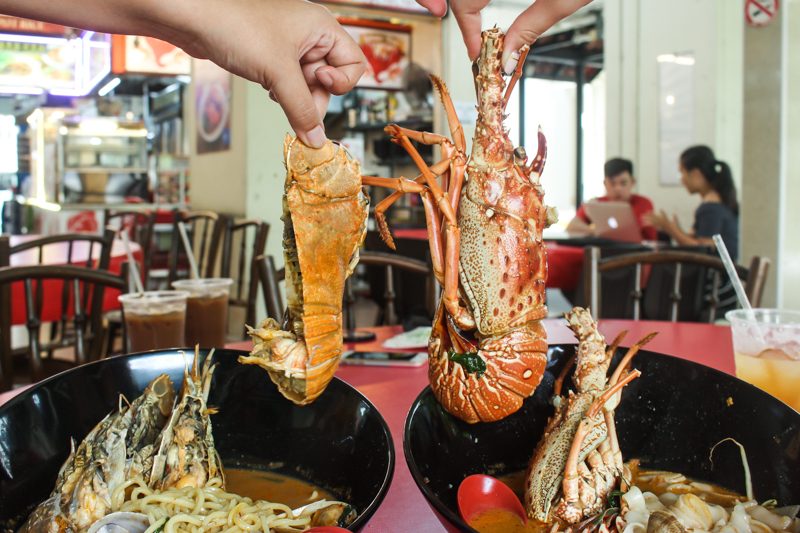 If you call yourself a crustacean enthusiast, then Lobster Time is definitely a hawker stall to cross off your bucket list.

And, if these seafood noodle bowls weren’t enough to entice you, you’d be pleased to know that they also have the Combo Noodles ($38.50), which consists of lobsters, crayfish, prawns and clams. Of course, that’s if you don’t mind forking out some extra money when dining here.