Loof has cemented itself as one of Singapore’s best nightlife spots. Since its revamp in 2012, the rooftop bar has localised its concept. From the few square metres of nostalgia known as “The MaMa Shop” that greets you as the elevator doors open, to the menu, there’s dashes of Singapore and Asia mixed throughout. On the 1st of October 2016 Loof launched its new menu created in collaboration with local chef Bjorn Shen. More than just a guy who cooks, Bjorn Shen is the man behind a number of unabashedly eccentric and creative culinary concepts, making him the perfect candidate to renew Loof’s menu.

The event was a full-house, making ordering and eating a slightly tricky affair as the crowd began to flow in. With the single minded purpose – to try all six dishes on the new menu, we weren’t going to leave before accomplishing just that. 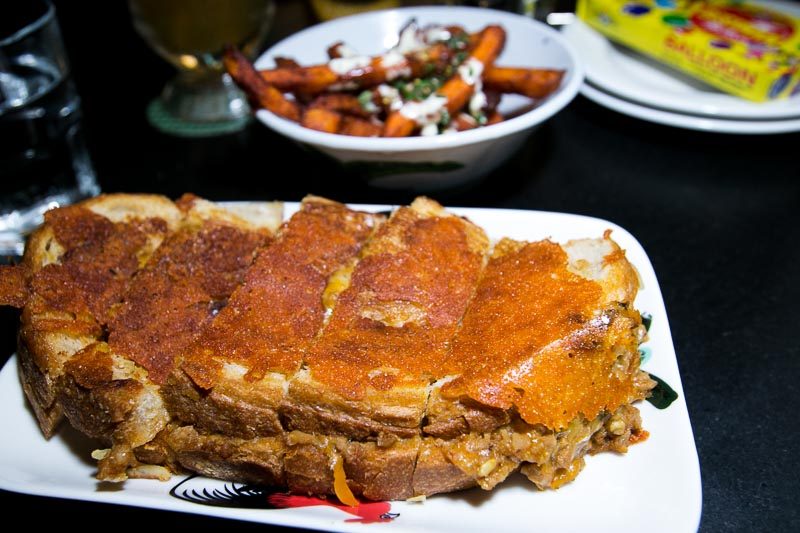 First up, was the B.C.M Grilled Cheese ($18), a grilled cheese sandwich on a mission to assimilate into local culture, to become one of my favourite post drinking dishes, bak chor mee. 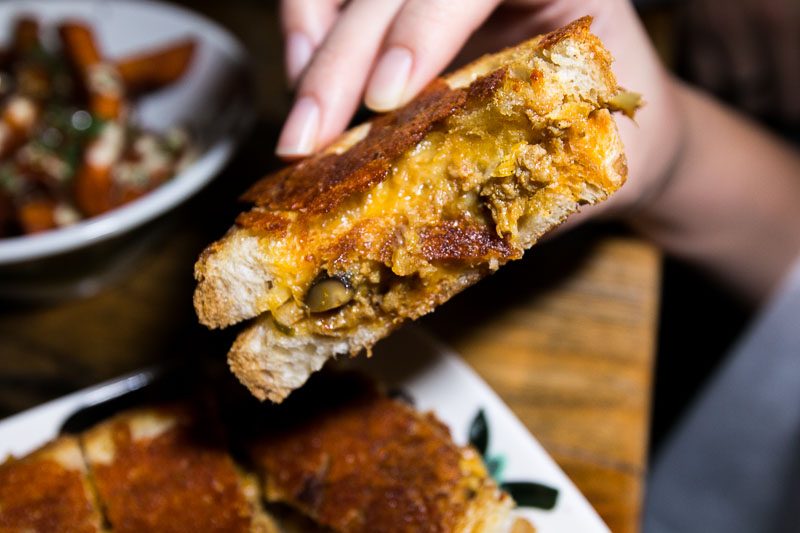 A sourdough bun packed with cheese and most importantly, the bak chor mee pork mince, what it lacks in looks, it makes up with its sinful savouriness. That being said, it did leave me wishing for more bak chor mee and a little less grilled cheese, which was the dominant flavour.

Call me crazy but, cu or black vinegar on the buns and some mee pok mixed in with the filling was what I had envisioned when I saw the B.C.M Grilled Cheese on the menu. 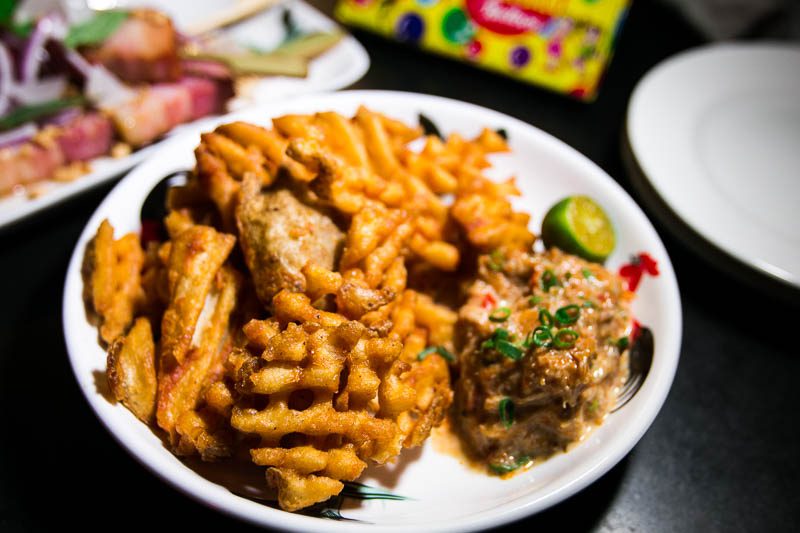 Waffle cut fries were born out of the necessity to scoop up and get more dip per dunk. Put a pile of those next to some of Loof’s signature chilli sauce and blue crab dip and you’ve got yourself a winner with Chilli Crab Fries (15). 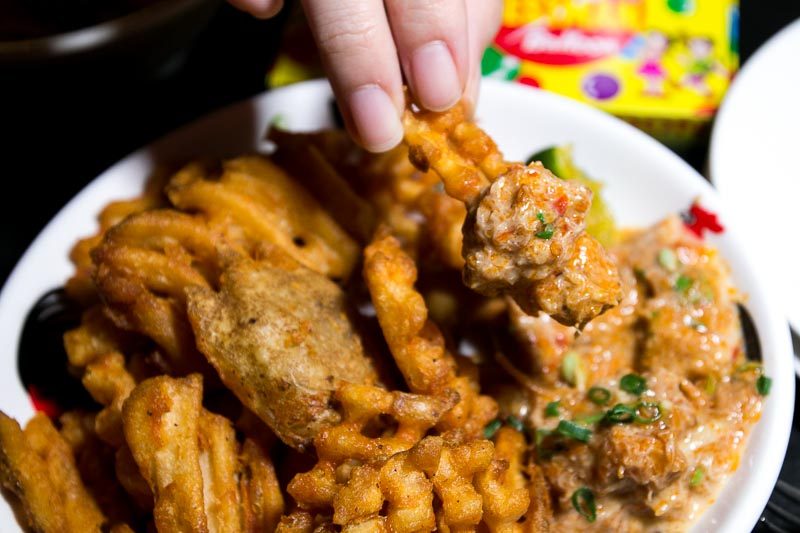 Squeezing the calamansi lime onto the dip livened the dish up, giving it a citrusy twang, ensuring it didn’t turn into a greasy mess for the taste buds. 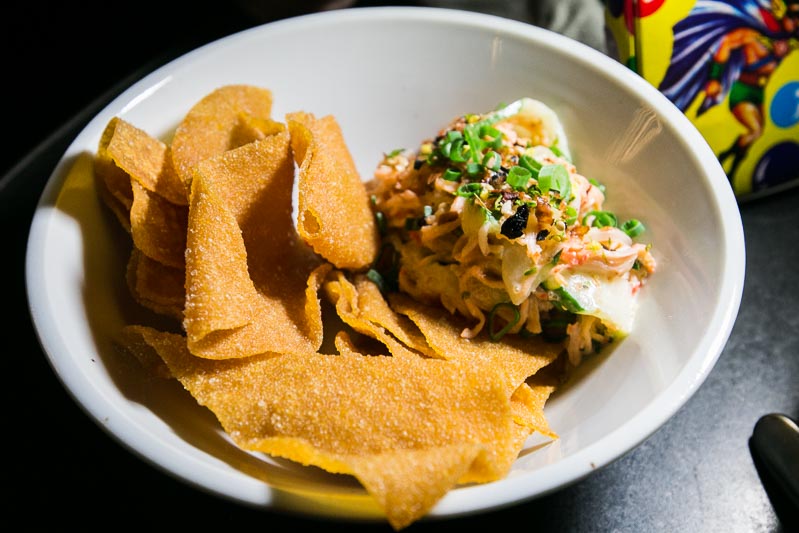 If you were ever the sort to buy fried wantons from your school canteen, the crisp yellow morsels with almost non-existent wads of grey mystery meat filling then you would be so very interested in this.

Loof’s California Crackers ($14) is crispy nostalgia sans mystery meat, with the sunshine and invigoration of fresh avocado, ebiko (prawn roe) and nori, all brought together with mayonnaise. 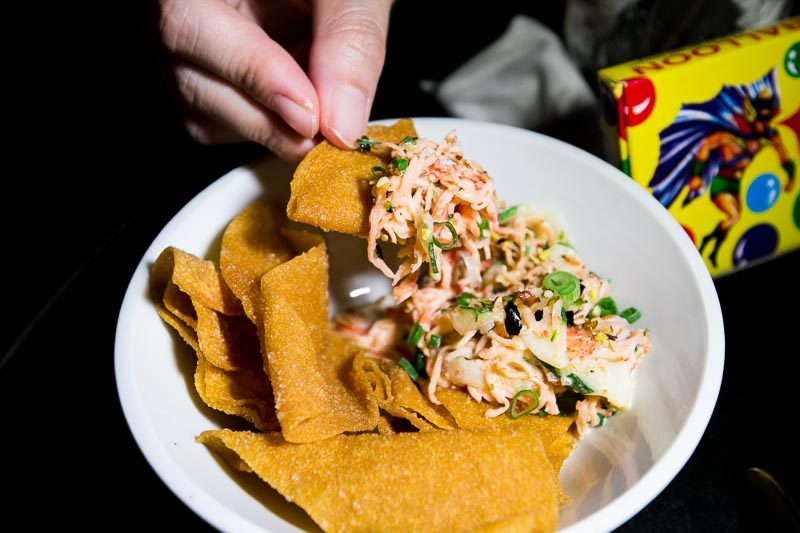 Though, more avocado and nori in the dip would have been appreciated as it resembled more of coleslaw than anything else. And while I have nothing against coleslaw, this wasn’t meant to resemble it. Referred to as the fifth flavour, umami is hard to describe without rambling on, if you were to attribute the flavour to a singular product it should be MSG, which has gained a bad rep in recent years but, enough about that.

Sweet potato, especially the tender orange variety makes what I would argue to be the best sort of potato for turning into fries.

Mixed with furikake, a Japanese seasoning blend, and kewpie, that sweet mayonnaise we often find in Japanese dishes, the sweet potato fries are perfectly crisp on the outside while remaining tender and sweet on the inside. 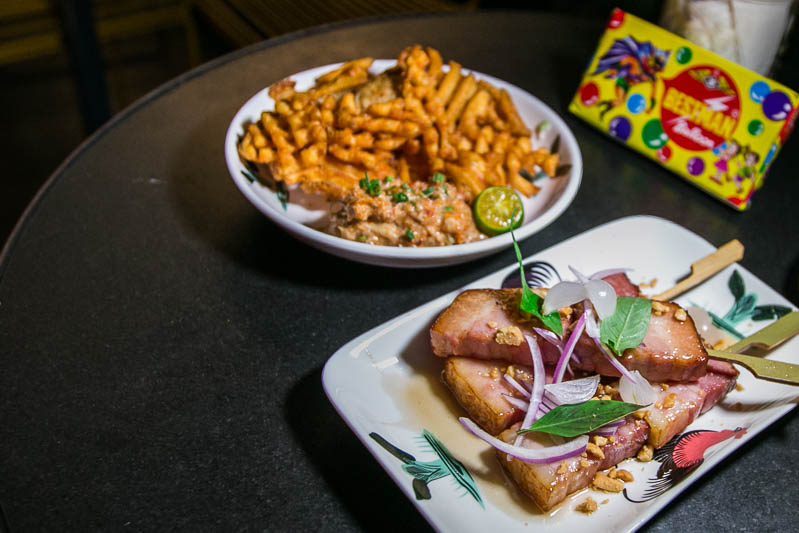 The Bacon Lollipop will in my opinion, come to cement itself as a crowd favourite if it hasn’t already. The name of the dish itself is enough to get most of us salivating.

Thick chunks of pancetta glazed in maple syrup skewered, garnished with groundnuts and what is summed up as “pho herbs”, with Asian basil and onion instantly recognisable. 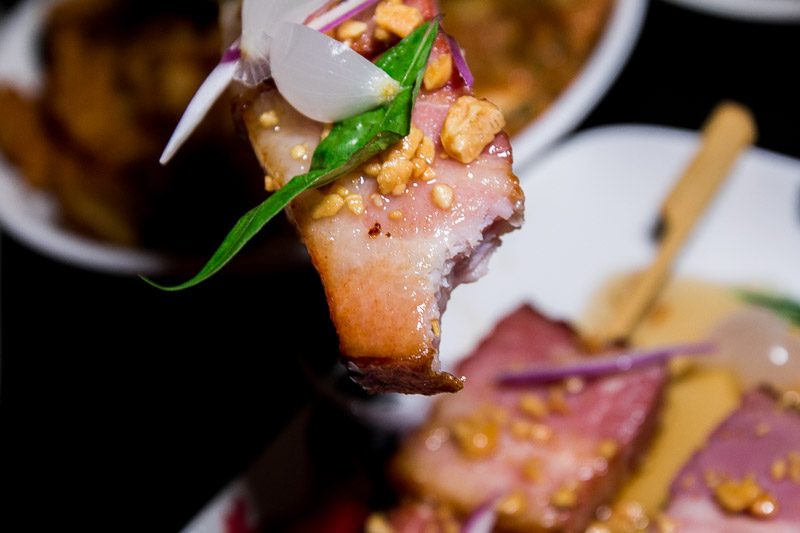 Biting into it the sweet and slightly pickled onions hits you before the saltiness of the pancetta. Getting every element of this dish in one bite is a challenge worth taking on, with the flavours and textures working with one another in sweet bacon harmony. 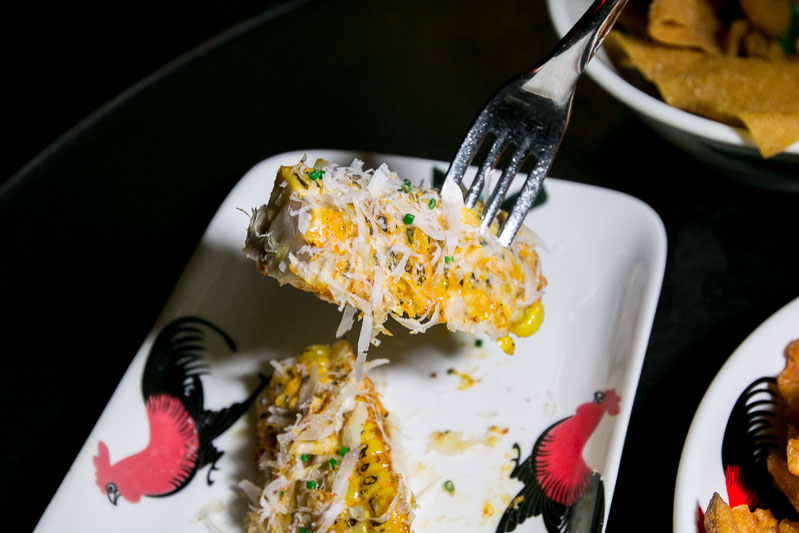 Twisties, the crispy corn puff snacks in a variety delicious artificial flavourings. With all the buzz around eating food that hasn’t been processed into something unrecognisable from its original state, Twisties Charred Corn ($13) are what I like to think of as unprocessed twisties.

With the corn in its natural state, save for the charring, the dish is brought together with a smear of curry mayo and a decadent shaving of cheese. 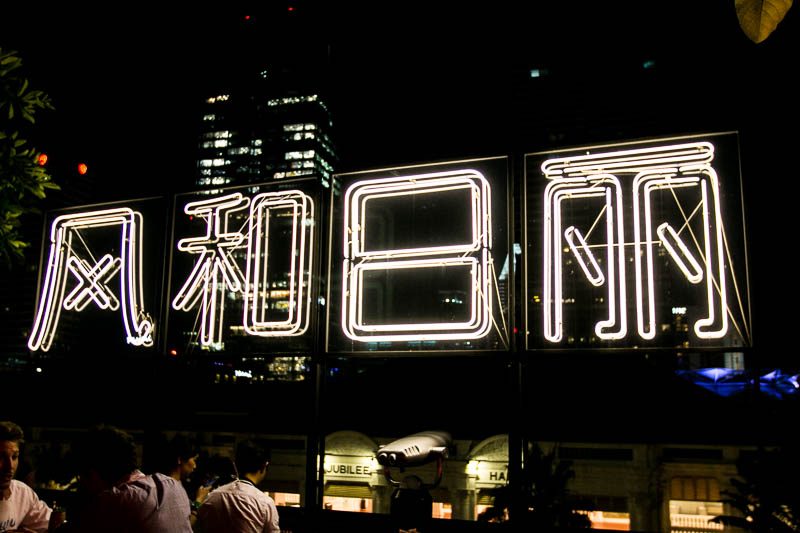 With all the excitement surrounding Bjorn Shen’s team up with Loof to create a new menu, perhaps expectations were through the roof. Coupled with the overwhelming crowd, it was clear that Loof’s kitchen was working in overdrive, which I believe caused some dishes to fall short.

The new dishes are definitely nothing short of creative exciting, and with some time to fine tune them without a ravenous crowd, the dishes should and will be what they’ve been made out to be.

Previous articleKinki’s Bottomless Brunch (Saturdays): For Those With An Insatiable Appetite For Japanese Food
Next article10 Places To Eat In Little India in Singapore For Authentic Big Flavours