Remember Uncle Tan Boon Kwang from Channel 8’s television programme “Let’s Cook It“? Uncle Tan was the owner of the famous Redhill Lor Duck Rice and Noodles up till early 2017 when he mentioned his plans to retire.

Good news for loyal diehard fans of Uncle Tan because he’s back! With an all-new casual eatery called Lor Duck:乐峰卤鸭 at Eastpoint Mall in Simei, he has returned with the old favourites — yes, including mouth-watering Signature Braised Duck — along with some new dishes that are certain to impress.

With over 40 years of experience, Uncle Tan’s triumphant return in January 2018 is cause for celebration. Since the days of assisting his father at a humble pushcart where Redhill Station now stands, Uncle Tan has managed to perfect his traditional Teochew braised duck. Now, he has returned to satiate all your cravings once again. 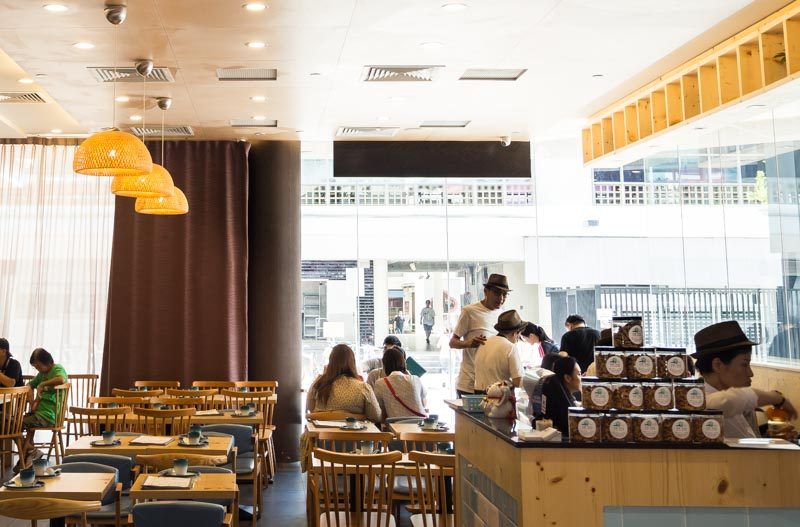 Situated right next to Simei MRT Station, you will not have to worry about being inconvenienced to try Uncle Tan’s famous braised duck. The restaurant includes a dining area with clear windows facing outside that give the restaurant an air of spaciousness and is marked with a big sign. 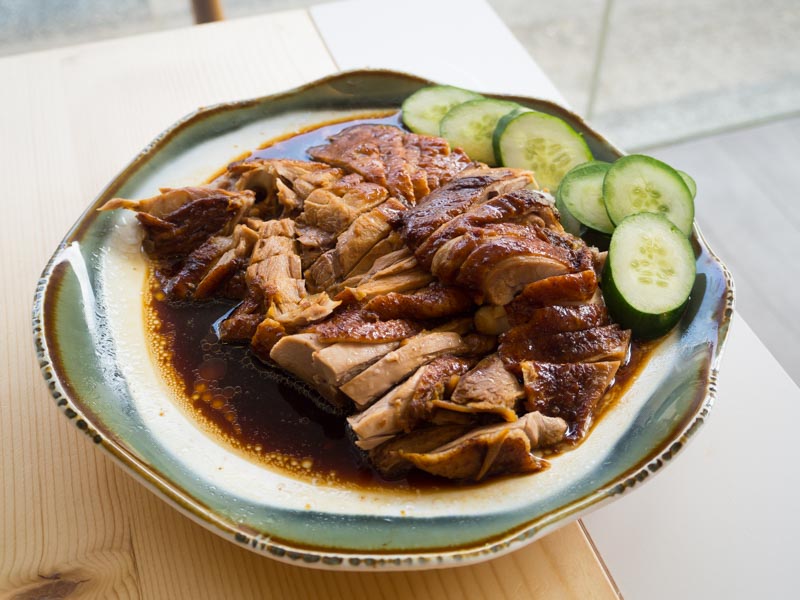 Of course, we had to start off the meal with Uncle Tan’s Signature Braised Duck ($8 for a one-person portion, $13 for a quarter portion, $25 for half portion, $48 for the whole portion). We ordered a half portion that was a surprising value-for-money portion, with more than enough meat for two hungry guys.

It’s a no-brainer here; this dish rocked my world. The boneless duck meat was soft and succulent while the skin was fatty and literally melted away in my mouth, all of which was a testament to the thorough braising period. Just look at those delicious juices on the surface of the meat! I really loved the dark sauce of the dish. It was not too heavy and added a refreshing sweetness with a tinge of minty flavour that elevated the duck meat. Added points go to the crunchy cucumber slices, which I always look forward to enjoying with my duck rice. One platter will get you a good portion of Uncle Tan’s Signature Braised Duck that we tried earlier, as well as any four braised side dishes from a selection of six, including duck head and neck, all the way down to duck feet. Talk about not wasting any part of the duck!

I was impressed by the Pork Belly, which had a nice texture and a consistent meat to fat ratio across the pieces. The pork meat was very tender while the fat absolutely sublimed in my mouth. 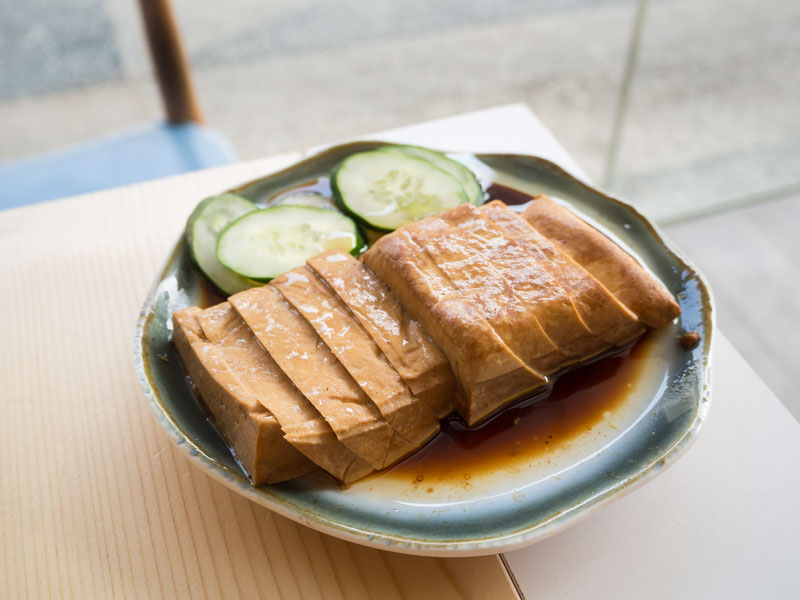 The Tofu was soft and silky, which was very pleasant contrast in between bites of the duck meat. It was perfect for soaking up more of the glorious dark soy sauce served in ample amounts on the plate. What makes Lor Duck different from Uncle Tan’s Redhill stall is that it also serves up some new dishes that will keep his long-time supporters intrigued. One of the new innovations is the Wasabi Prawn Balls ($16).

First of all, the prawn balls had a contemporary presentation which was definitely surprising considering Uncle Tan’s more traditional style of cooking previously. The massive prawn balls are delicately adorned with bright orange fish roe and generously coated in wasabi mayo, making it a sight to behold. Digging in, the prawns were huge and juicy. They paired well with the creamy mayo sauce that gave a slight stinging sensation. 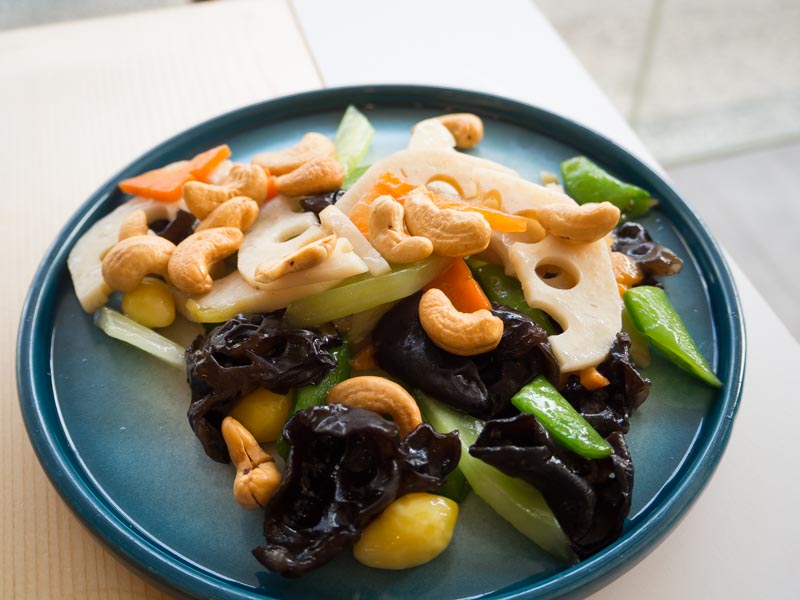 Next, we had Stir Fried Lotus Root With Vegetable ($8), which was a nice addition to the decadent meal. The wide variety comprised of fresh lotus root, black fungus, snow pea, carrots, celery, ginkgo nuts and cashew nuts.

I really liked the contrasting textures between the crunch of the lotus root and the soft chewiness of the black fungus, making the dish enjoyable. 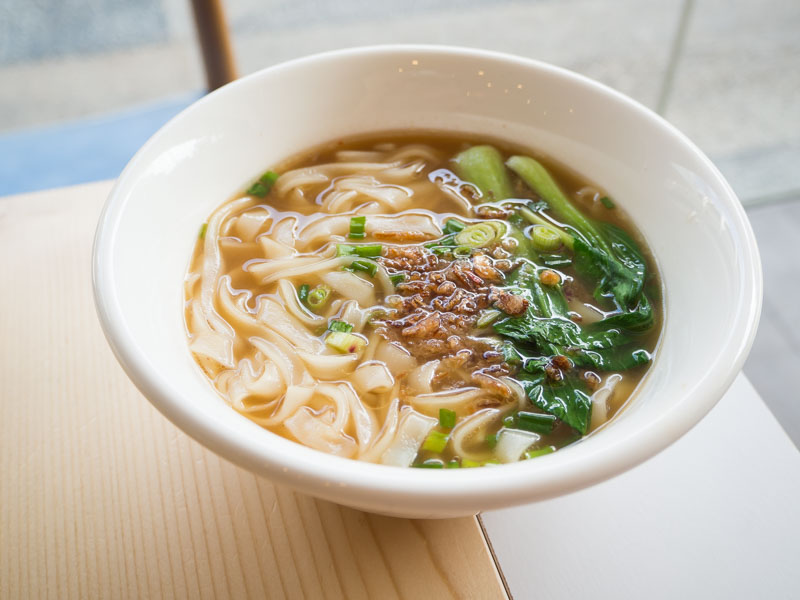 One of my favourite dishes was the Signature Hor Fun ($1.80). Diners will be delighted to know that there are two versions — soup and dry. The soup had herbal notes and was very reminiscent of the delicious flavours found in kway chap soup. 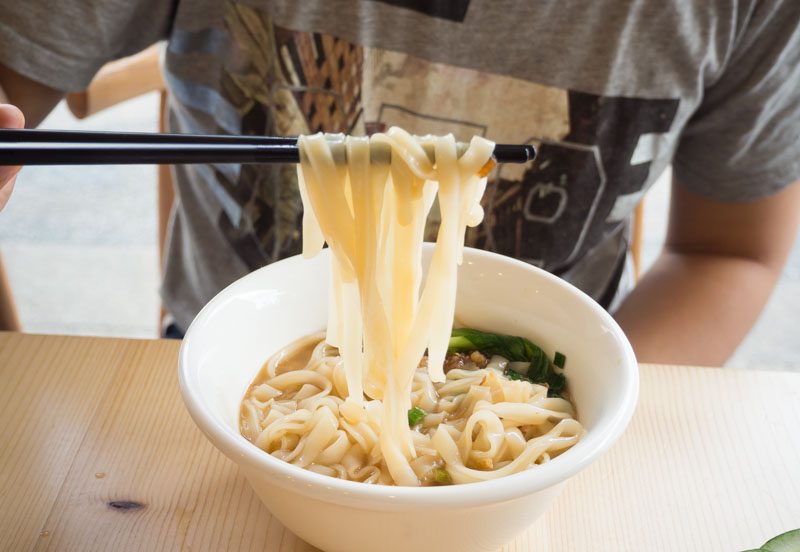 What really made the Signature Hor Fun stand out was the texture of the noodles. The noodles were thin and very springy, which had me slurping them down with much fervour. On the other hand, the dry version was equally as tasty. The sauce had just the right amount of salt while the moreish flavours of the chilli were absolutely delightful. Between the two, I really enjoyed the dry version more because the flavours of the hae bee (dried shrimp) and bok choy were able to ring through stronger without the soup. Better yet, I was able to savour the soup separately in all its goodness.

While prices at Lor Duck are certain to be higher due to the restaurant setting, food prices are still kept very affordable. Some customers, including myself, may even find that the more comfortable indoor dining experience is worth the slight increase in price.

Nevertheless, with Uncle Tan still at the helm, loyalists can safely come to Lor Duck expecting the same good, old-fashioned braised duck. With creative new dishes, Uncle Tan has returned bigger and bolder while staying true to his original flavours. So don’t duck from good food — come to Lor Duck!

Previous articleSeeds Cafe: Munch On Lunch While Helping Students With Development Disabilities In Queenstown
Next articleIvan’s Carbina, Woodlands: “Definitely an audible crunch as I bit into the crisp potato shreds”