Magic After Hours: Be Mesmerised By Card Tricks & Illusions For A Limited Time Only At This Cafe In Serangoon 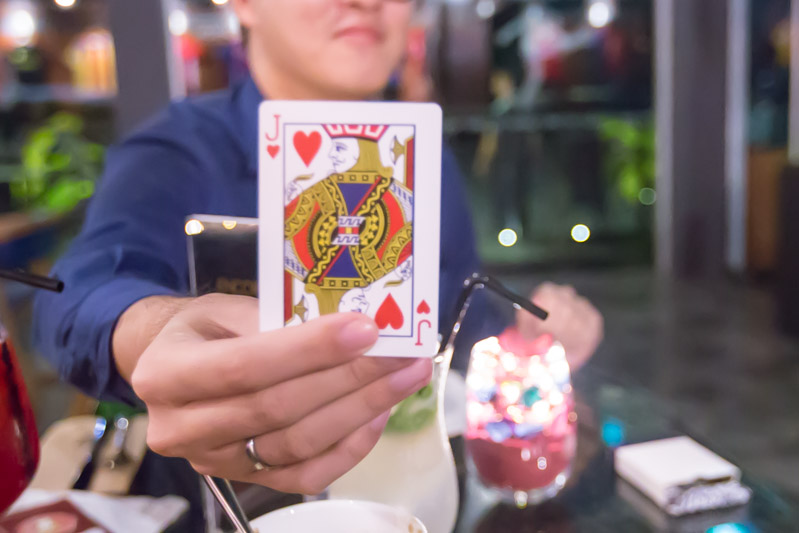 You’d think that the closer you are to the magic performance, the easier it would be to spot the trick. But here at Cafe Football’s Magic After Hours, even getting up close and personal with the magicians may not help you figure out their secret.

Tucked away in The Arena, this cosy cafe is decked out with — you guessed it — football paraphernalia. At the Magic After Hours event, you’ll get to select your meal beforehand, so they can serve it once you’re seated. For $50, it includes a three-course meal and spellbinding performances. 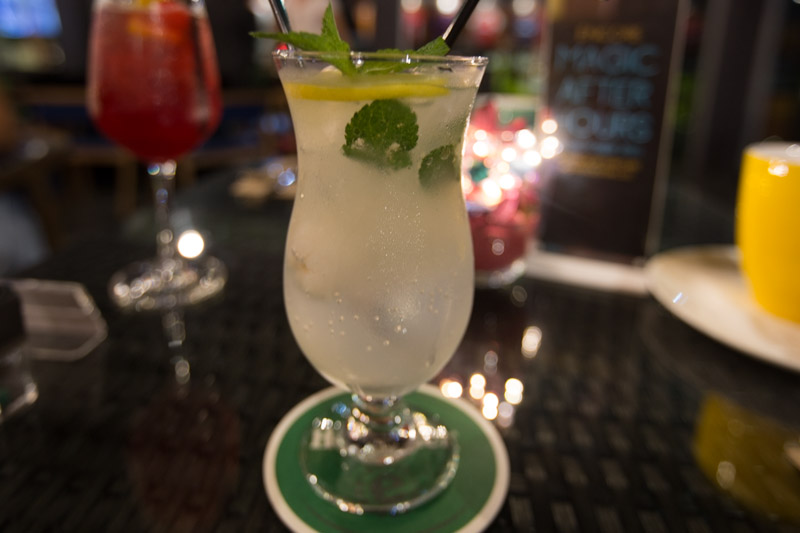 Start your meal off with a cool drink in hand, refreshing on the palate and fizzy on the tongue. With a sweet lychee flavour and a subtle minty fresh taste, the Back Pass opened up my appetite for the meal ahead. 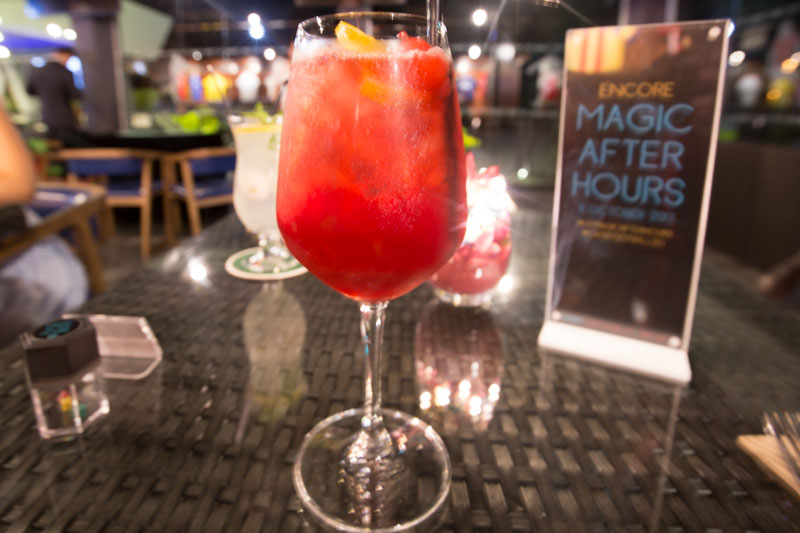 Another drink option is the Red Devil Jr. Vibrantly red with pureed strawberry bits in it, this drink is perfect for those who like it sweet. The orange slice added a zesty bite to the otherwise sweet beverage. 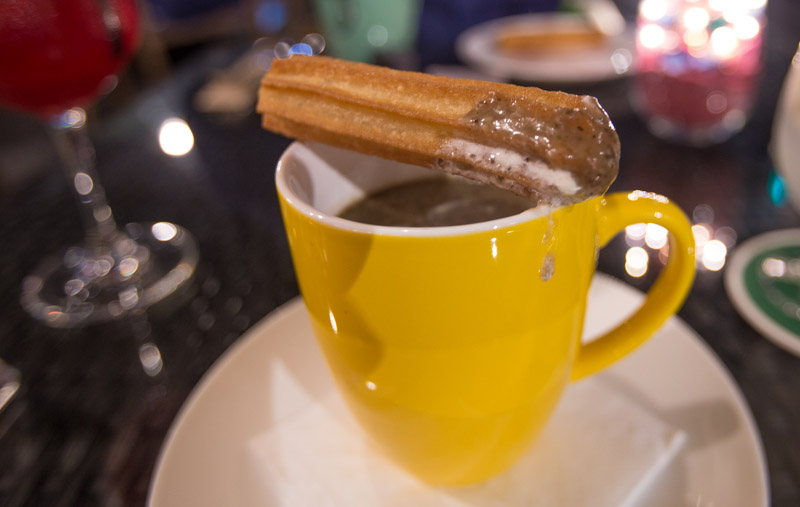 Getting into the meal, we started off with the Mushroom Truffle Soup. The smooth and thick stew was punctuated with bits of mushroom, and the fragrance of the truffle emanated strongly from the dish.

Unlike most places which serve their soup with garlic bread, Café Football served theirs with a crunchy churro. Slightly sweet and definitely crispy on the outside, the churro complemented the flavourful mushroom soup perfectly. Most places can do a decent three-course meal, but at Magic After Hours, your meal comes with entertainment.

“Pick a card, any card!”, The magician came up to our table to perform for us, and I have to say, this was a whole different experience from the usual stage performances. You’d think that this close-up, it would be easy to spot the trick. But no, I was still incredibly amazed when the magician guessed my card correctly. 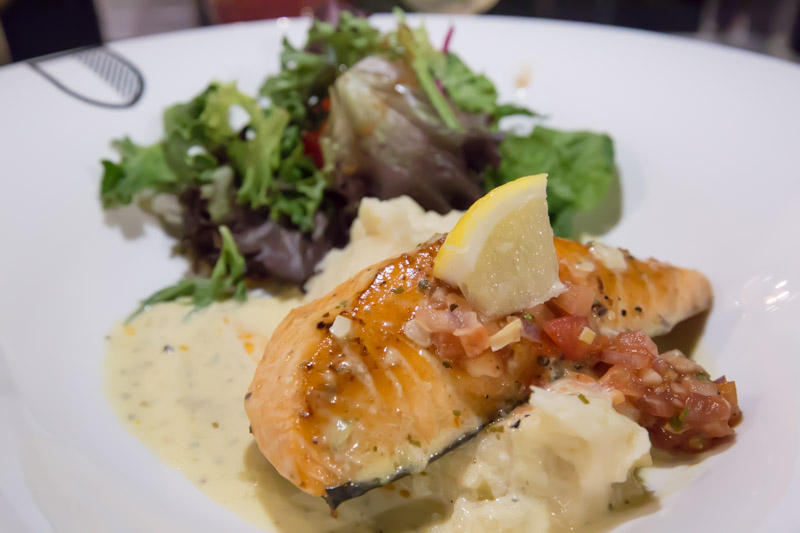 After that brief interlude, it’s back to the food. Diners get a choice of two mains: the Grilled Salmon with Lemon Capers Salsa and Mashed Potato, or the Half BBQ Chicken with Curly Fries.

I really enjoyed the Grilled Salmon, which was juicy and soft. 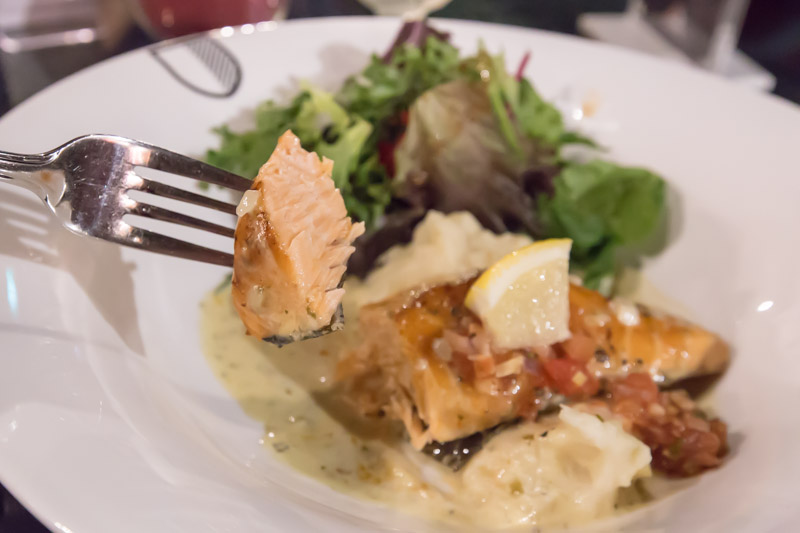 Each bite of salmon simply just fell apart easily in my mouth. The slight zesty taste of the salsa also helped to brighten the flavour of the dish. I also really liked how the mashed potato was a bit chunky, but still creamy at the same time. The Half BBQ Chicken was huge; there was no way I would be able to finish it on my own. The BBQ sauce was full of flavour, but I found the meat itself to be a tad too dry. 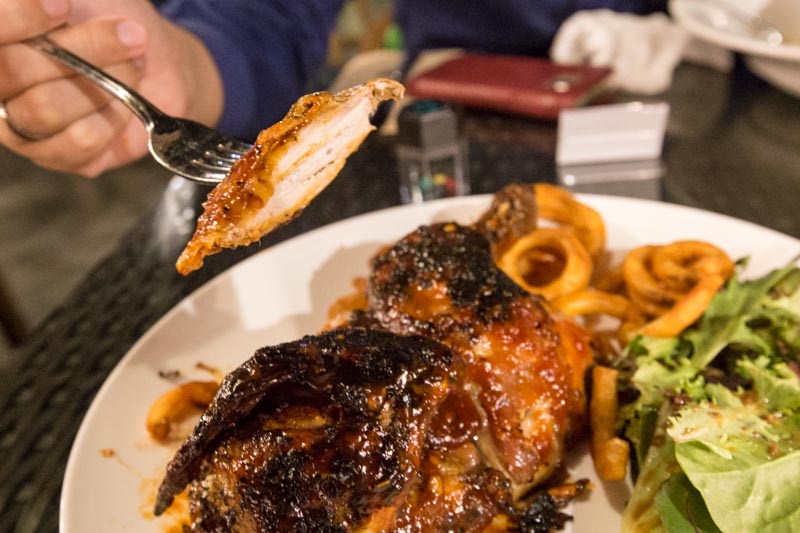 The barbeque flavour was a bit subtler on the inside, with a slightly charred taste. As I usually go for the smoother chicken thigh meat, this dish didn’t appeal to me as much as the salmon.

I really enjoyed the curly fries that came on the side. Every bite was crispy and delivered that starchy potato goodness too. 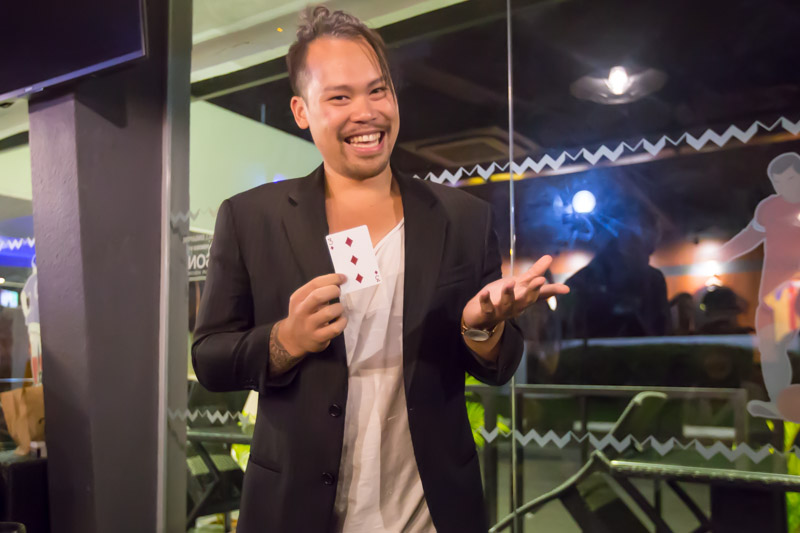 After the mains, another magical interlude was at hand. Think Nguyen from Belgium surprised us with a snappy card swap.

Through an amazing sleight of hand, he managed to swap four aces for the same number of threes, right in front of our unsuspecting eyes. Nigel’s performance leaned more towards the spookier side of magic. With pendulums swinging unaided and spirits communicating through the slate board, I could feel tingles running down my spine.

He ended off with an eerily accurate prediction of the audience member who was spontaneously chosen to assist. From a sealed envelope, he took out a written description of her, down to the colour of her dress and her earring design. Now, that’s magic! 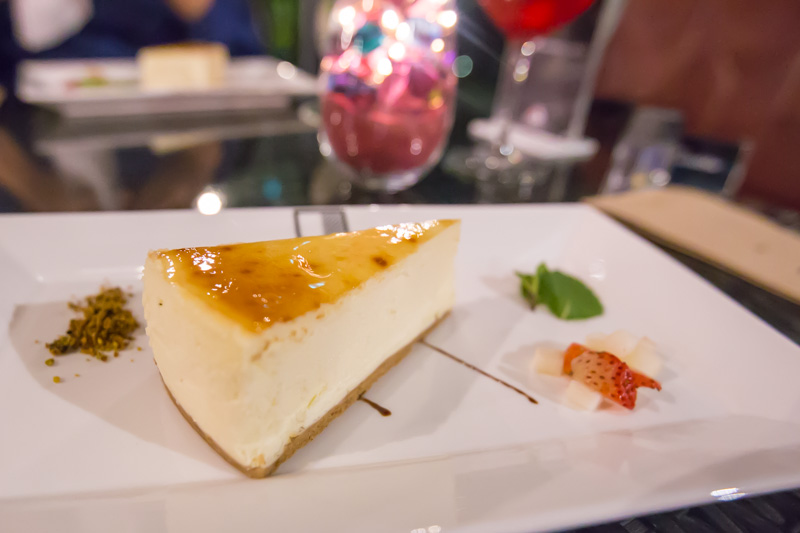 A quick hop back to the table for the dessert: this slice of Classic Cheesecake was dense, smooth and creamy, and hit all the right spots. The crumbly cookie base added the right amount of oomph to this sweet ending. And the final performance of the night was Ming Da, one of Singapore’s fastest rising stars in the magic scene. He amazed us with classic yet difficult tricks like passing coins through a solid table, and even pulled a knotted scarf loose from around a guest’s arm. 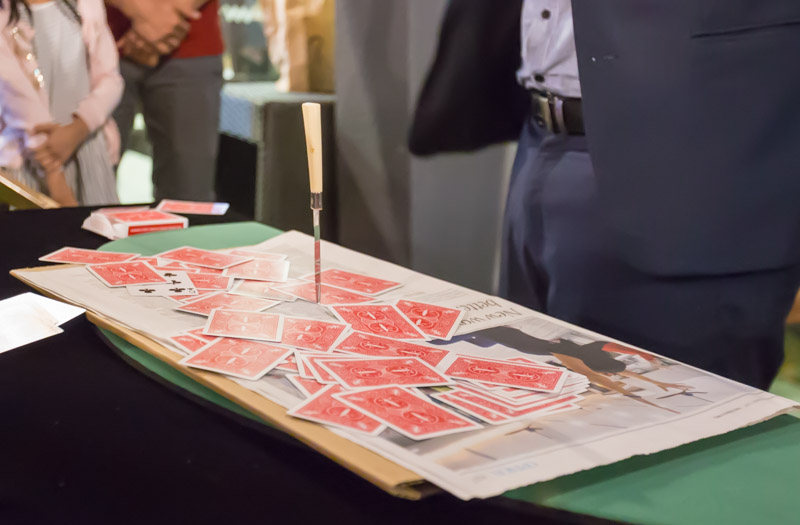 But the highlight of the night was his final trick. Blindfolded, he managed to stab a knife through cards that audience members have selected. Even more amazing was that he found the correct cards in the scattered deck on the table! That’s definitely the coolest thing I’ve seen.

If you’re intrigued by this magical dining experience, there is one more session coming up. Mark your calendars for 13 December 2017. You won’t want to miss this!