If your friends are anything like mine, you’ve probably received messages along the line of “let’s go for Mala” or see them getting their Mala fix, in their Instastories. It’s not hard to tell that Mala is everyone’s new favourite, and it’s even easier to see why.

Mala has the power to make us sniffle, but we love it anyway. I mean, it is pretty addictive and also super shiok, so I completely understand what the whole craze is about. But Mala Xiang Guo isn’t the only thing Mala that’s available.

With that, here are 10 Mala Dishes you should definitely try. The concept of this is pretty similar to that of Mala Xiang Guo — you take a bowl, pick out your ingredients, and hand it over to the chef who will combine everything into a spicy mess you can’t get enough of.

The only difference is that this one is in soup form, which is less salty and potentially less oily than Mala Xiang Guo, making it feels less greasy, you’ll feel a lot less bloated and guilty after eating this. 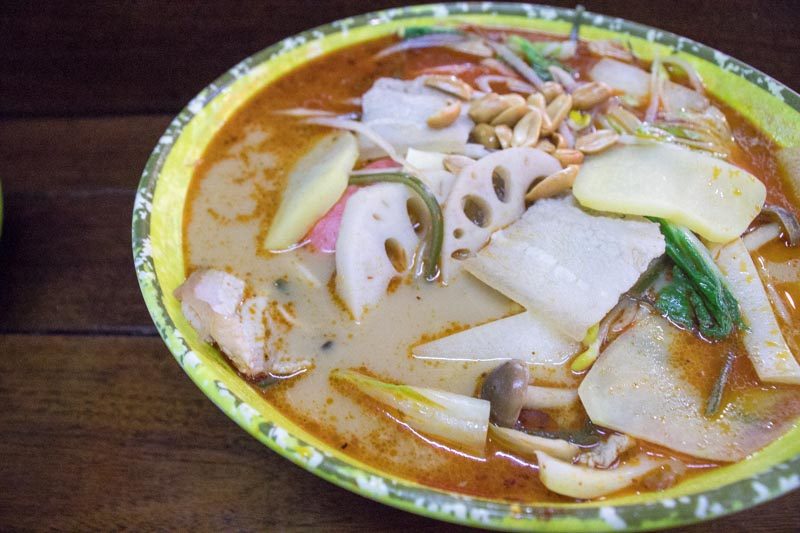 The one place I always go to to get my Mala Tang fix is Wan Jia Ma La Tang (万佳麻辣烫), situated at the side of People’s Park Complex. This stall prices it’s items at $1.96 per 100g, regardless of whether it’s a meat or a vegetable. I think that’s a pretty good deal especially for all those meat lovers out there. This spicy rendition of our local dish had me tilting my head at first. I was quite sceptical about this and I really wasn’t convinced based on just the photos.

But after having tried the Mala Chicken Rice, I find myself craving for this more than the regular chicken rice. This unique dish can be found at 13 Stages, owned by Singaporean celebrity Mark Lee, in Kallang Wave Mall. The portion of meat was super generous, and the meat itself was juicy and fork tender.

As for the Mala aspect of this dish, I found it to be quite mild. Don’t get me wrong, though it tasted like Mala, it lacked the Ma (numbness) and the La (spiciness).

If this has piqued your interest, I really recommend going down to try for yourself as it gives you quite a bit of value for money. I mean, whole chicken legs for $8.90 are pretty rare especially in malls. Mala Noodle sounds like a no-brainer because it’s not something that is special; I mean Maggie mee in Mala Xiang Guo is also mala noodles right?

This bowl from Top 1 Home Made Noodle, however, is served with handmade noodles and is sure to make you break out in sweat. 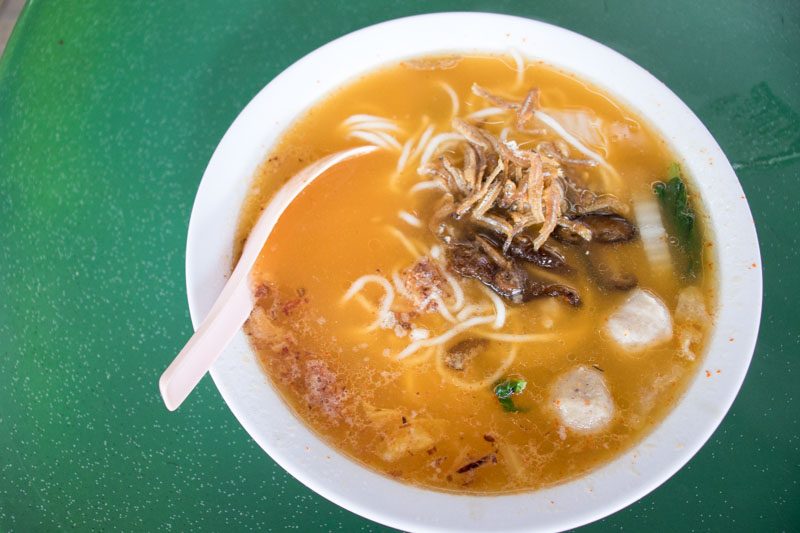 It looked like a bowl of deceivingly mild noodles, but as I ate it, the heat built and left me panting and sweating at my seat. If you’re looking for a challenge, you can also ask the uncle manning the stall to up the spice level.

But my recommendation would be starting at the normal spice level and working your way up. Jue Wei (绝味) is a brand with over 8,600 outlets in China, and a good handful of outlets in Singapore. They sell a myriad of mala snacks, including Duck Necks and Chicken Feet.

If those sound too wild for you, they also sell Mala Fishball with Fish Roe, and Mala Lotus Root. You’re bound to find something you like as Jue Wei stocks over 20 kinds of items in their refrigerators daily. The snacks there are also relatively affordable, with most items going at about $5.

Their snacks can be eaten both warm and cold, so stock your homes and maybe you can assemble your own mala xiang guo when you don’t feel like leaving home. 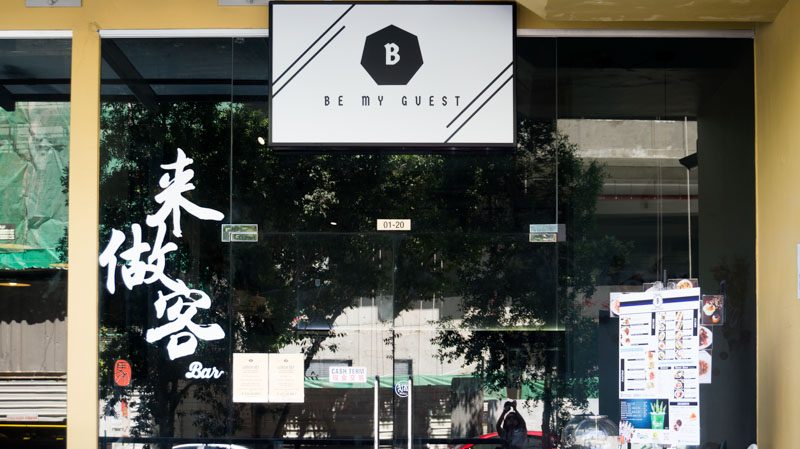 Continuing with the theme of unconventional mala dishes, mala pasta makes it into our list — this fusion of East and West is probably more unconventional than others.

This one is also for those who want the flavours of mala, without the risk of splashing red oil all over your clothes. 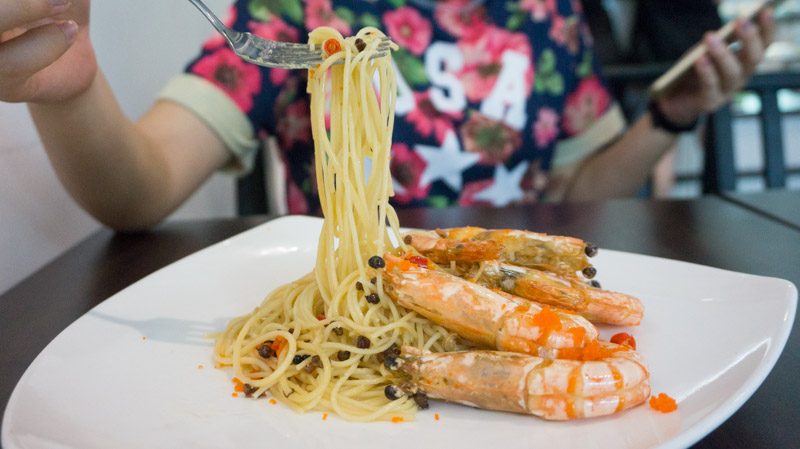 Be My Guest, a fusion kitchen in Tai Seng has come up with its Lion Prawn Mala Mee Kia ($13.80), which is capellini topped with a few tiger prawns.

Most of the spicy heat that accompanies this dish is from the chilli padi, and although there are Sichuan peppercorns thrown into the mix, it’s not very numbing. 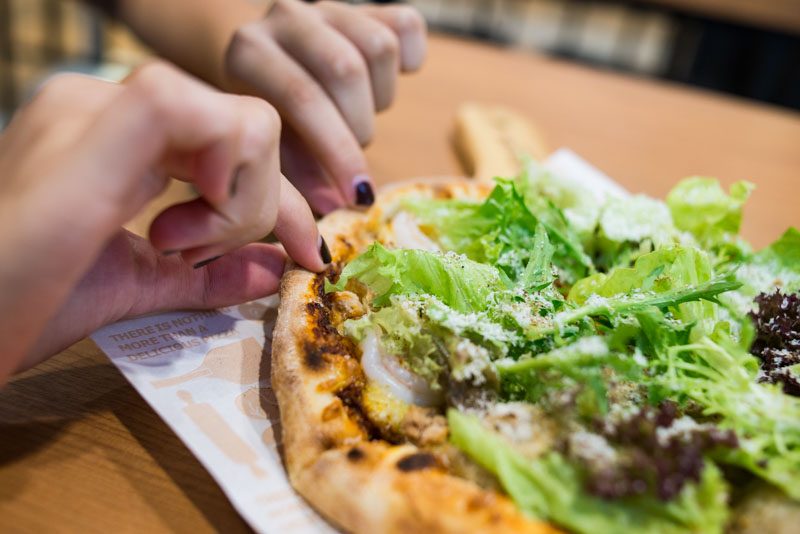 Lovers of this doughy treat, rejoice. Mala pizza has made its appearance in Singapore. 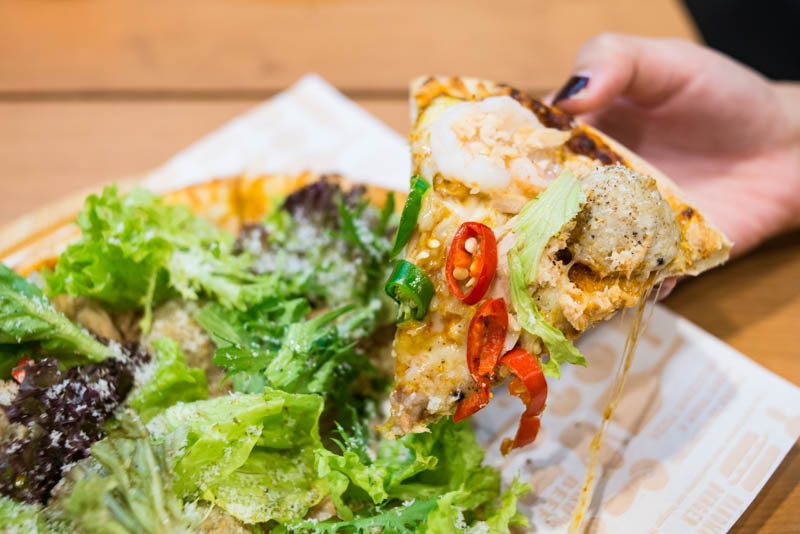 Tino’s Pizza Cafe rendition of the Spicy Mala Pizza ($17.90 for Napoletana, $23.90 for Romana) is laden with prawns, chicken balls and cheese as toppings, and their special Mala sauce.

Fret not, the special mala sauce doesn’t pack much heat, so if you’re feeling a little adventurous, give the Spicy Mala Pizza a try! The next mala item is for seafood lovers. We’ve all definitely tried Chilli Crab, Black Pepper Crab, and even Salted Egg Crab. Mala crab probably isn’t the first thing we think of when we talk about this delicious, meaty crustacean.

The Signature Xiang La Crab ($26) at Chuan Wei Fang Xiang La Xie (川味坊香辣蟹) will have you salivating at the mere thought of it, and may even become your new favourite dish. 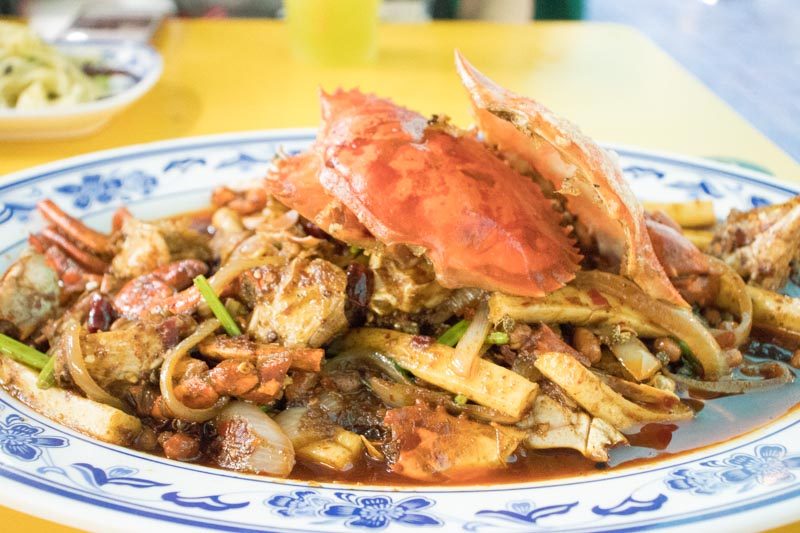 This makes them easier, and less messy to consume. Although the star of the show is supposed to be the crabs, I can’t help but be blown away by the rice cakes. They soak up all the sauce, making every bite an explosion of flavours. 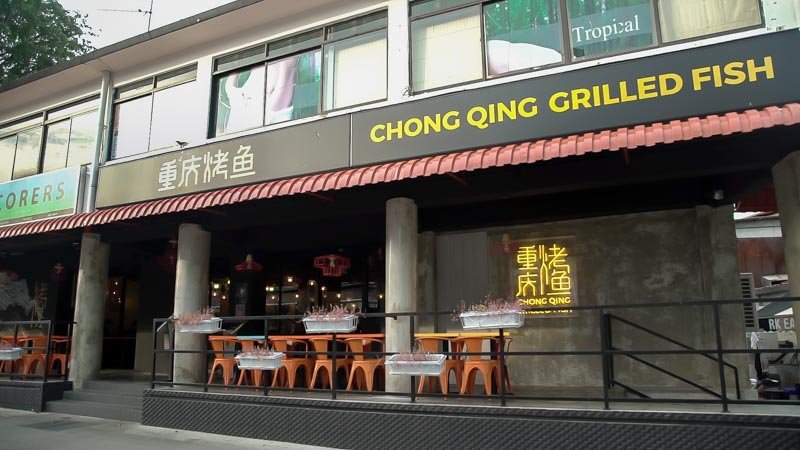 This mala dish is perfect for sharing, especially if your friends and family are avid Mala enthusiasts.

Most places will also let you customise the toppings on your fish, so if you don’t think one whole fish will satisfy your mala cravings, you can also go to town with the various toppings. 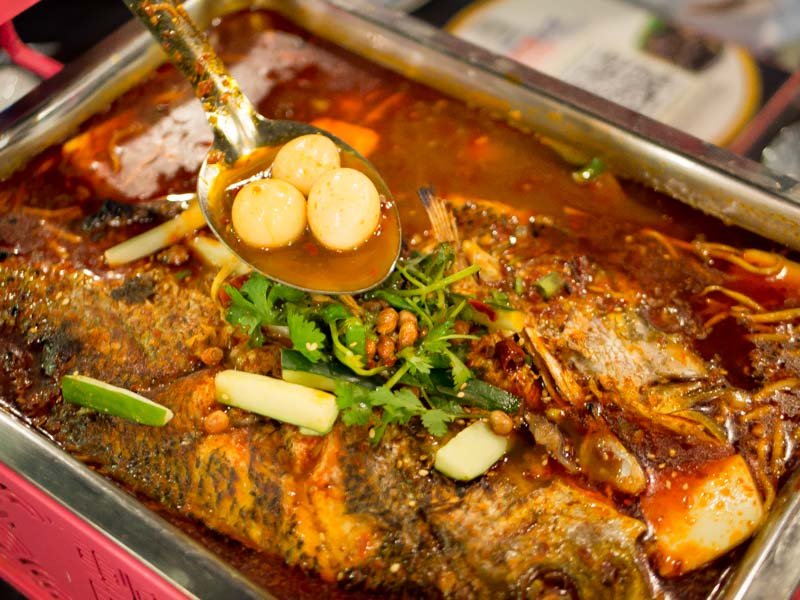 Chong Qing Grilled Fish (重庆烤鱼) is a stall in Serangoon Gardens, which serves up fish that definitely packs a punch. Take your pick from seven different spicy flavours, and a wide variety of toppings to soak up the delicious sauce. 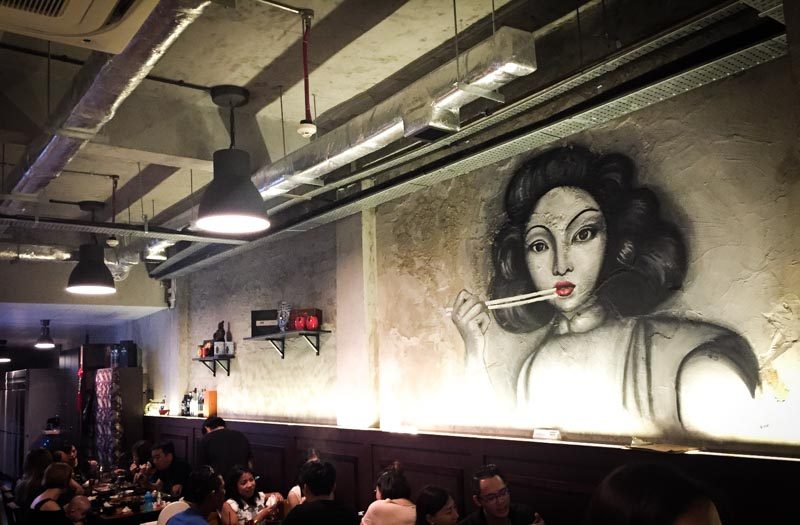 We can’t talk about Mala without mentioning one of the most basic mala dishes — Mala Hotpot.

To many, this spicy dish is the ultimate comfort food. In addition to that, this mala dish is versatile as you can add whatever you want to it.

Long Qing Hotpot (隆庆) is one of the places in Singapore where Mala hotpot is sold. What sets Long Qing Hotpot apart from the other establishments is the broth that is boiled for over 10 hours, which makes it extremely savoury and flavourful.

The ingredients used are also top quality, and worth every cent!

Last but not least, Mala Popcorn. Popcorn is probably my all-time favourite snack; it’s light, has so many different textures, and comes in so many flavours you won’t ever get bored.

The Mala Popcorn by Magi Planet incorporates the tongue numbing goodness into the delightful popcorn to create something you’ll absolutely love.

This snack isn’t too hard hitting with the Mala, only leaving you with a buzzing sensation on your tongue. That makes it fantastic to snack on, as you won’t be in a rush to reach for water.

If this list has gotten you fired up, grab your wallet and head out to experience them for yourself. After all, there’s something for people of all tolerance levels.

Previous articleThe Lobby Lounge: Try All 7 Iconic Hawker Dishes At This Semi-Buffet In Shangri-La Hotel Singapore
Next articleLagoon In A Bowl: Dig Into This Extra-Healthy Butterfly Pea & Mentaiko Salmon Bowl For Only $10 At Amoy Street