The mala trend in Singapore hasn’t died down yet, and spice lovers like me are grateful for that. Aside from the usual mala xiang guo and mala hotpot, what other mala dishes are there?

Mala chips are fairly popular, yet to me, it just lacks that meaty oomph—especially as a movie snack. One of the best ways to wind down after a long day of working from home is to plonk myself down on the couch, and binge Netflix shows until bedtime. And I love munching on meaty morsels like popcorn chicken as I catch up on the latest Netflix series.

But to kick things up a notch, I decided to upgrade the boring ol’ popcorn chicken with a spicy makeover. 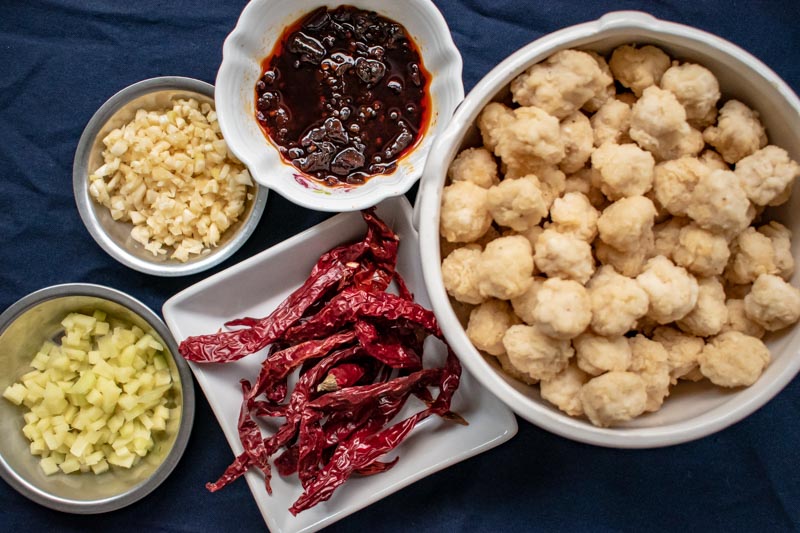 That’s right, let’s get ready for movie night with Mala Popcorn Chicken! Quick and easy, you might have to fire up the wok, but you’ll have a piping hot plate of spicy chicken morsels in just under 15 minutes.

Step 1: Mince or dice garlic and ginger. I already had some minced garlic in the fridge, so that’s a step saved. I diced the ginger because it’s quicker, but you can also shred or julienne the ginger into thinner strips.

Step 2: Put 700g of popcorn chicken into air fryer. Depending on the size of your air fryer, you might need to split this into two batches.

Step 3: Cook in air fryer for 8 minutes at 180°C. You can leave it in for up to 10 minutes if you want the chicken to be crispier.

Step 4: While the popcorn chicken is cooking, let’s prepare the sauce base. Heat up oil in the wok. 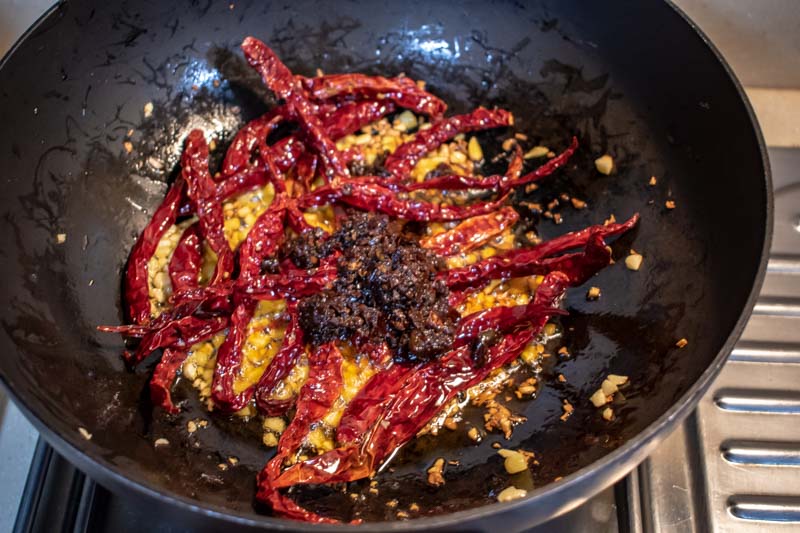 Step 5: Fry garlic, ginger and dried chilli on low heat until fragrant. Be careful not to burn the dried chilli! You’ll be safe as long as you keep stirring.

It also depends on the instant mala sauce that you’re using. I found that mine was already salty enough, so there was no need to salt it more. 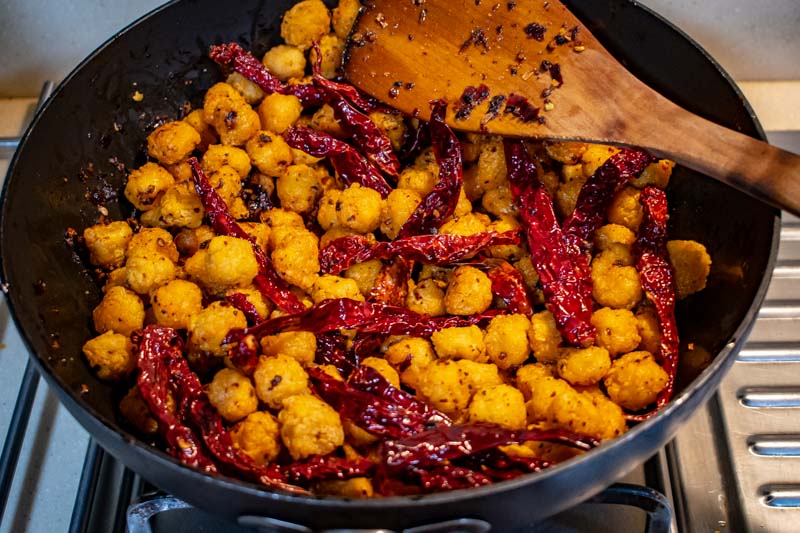 Step 7: Put cooked popcorn chicken into the wok and stir fry with the sauce. Try to coat each piece of popcorn chicken with the mala sauce, so that every bite is full of spicy punch. The residue from the sauce tends to collect at the bottom of the wok, but that’s the good stuff—make sure to mix it thoroughly.

Step 8: Serve popcorn chicken in a deep plate or with sauce. 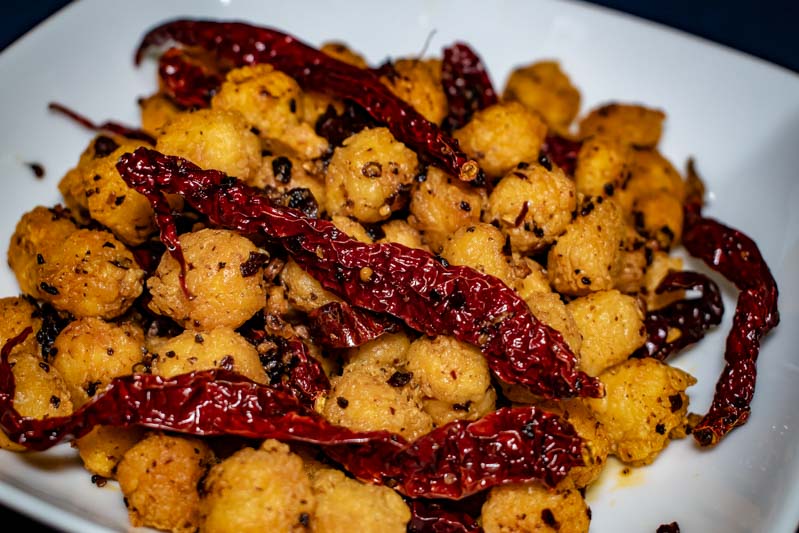 I’d recommend serving this spicy popcorn chicken dish with steamed white rice. For those of you who can’t take the heat, the starchy white rice helps to dampen the flames on your tongue.

I’m a huge fan of spice, so this felt quite mild to me. However, my husband was actually sweating bullets when he tried it. For reference, I usually order zhong la (medium spice level) or da la (high spice level) when it comes to eating mala xiang guo, while he’s stuck at xiao la (low spice level). 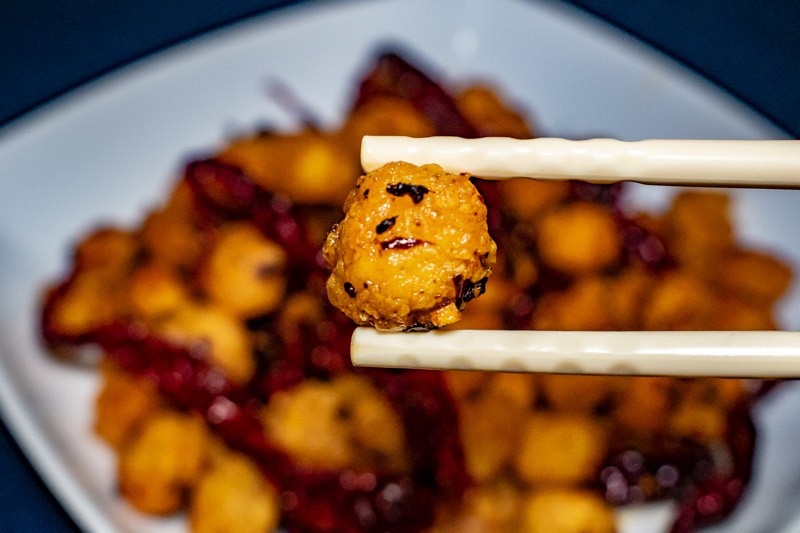 The heat builds up, though, so be careful. It lingered at the back of my throat even after a few sips of water.

Try out this recipe, and let us know how it goes. And if you made a mala dish you want to share, drop a message in the comments!