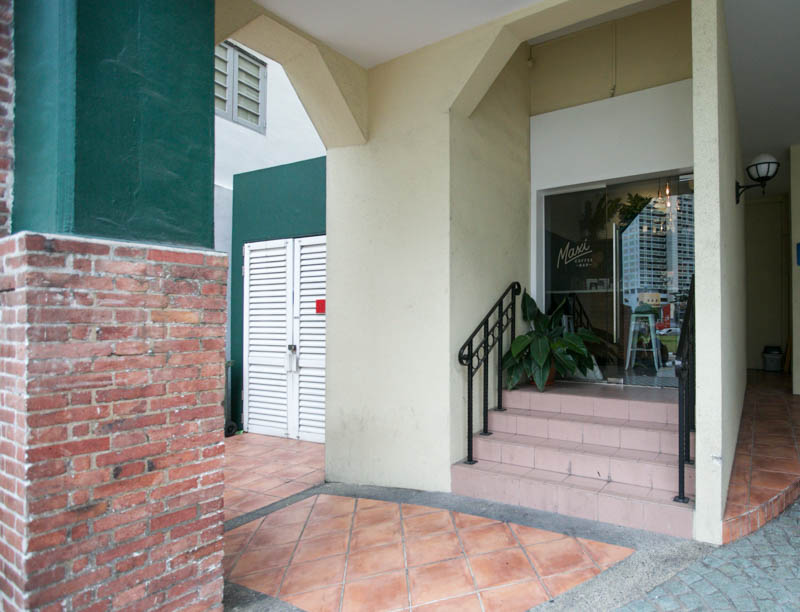 This coffee bar literally operates in a hole-in-the-wall; it was so inconspicuous that I just walked right by it the first time. 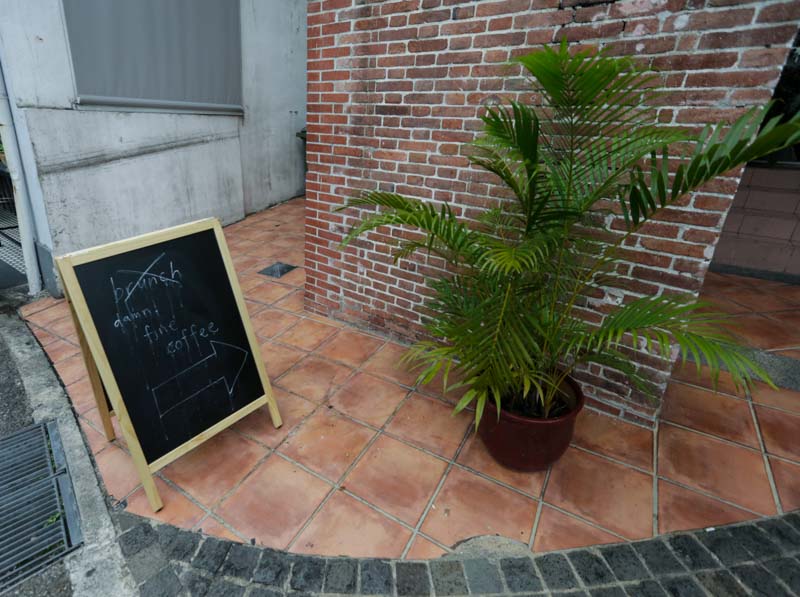 And it was only when I saw this board with the words “damn fine coffee” on it, that I took a step back.

Truth be told, upon entering Maxi Coffee Bar, we all paused and looked at each other. Oh, like that only ah. 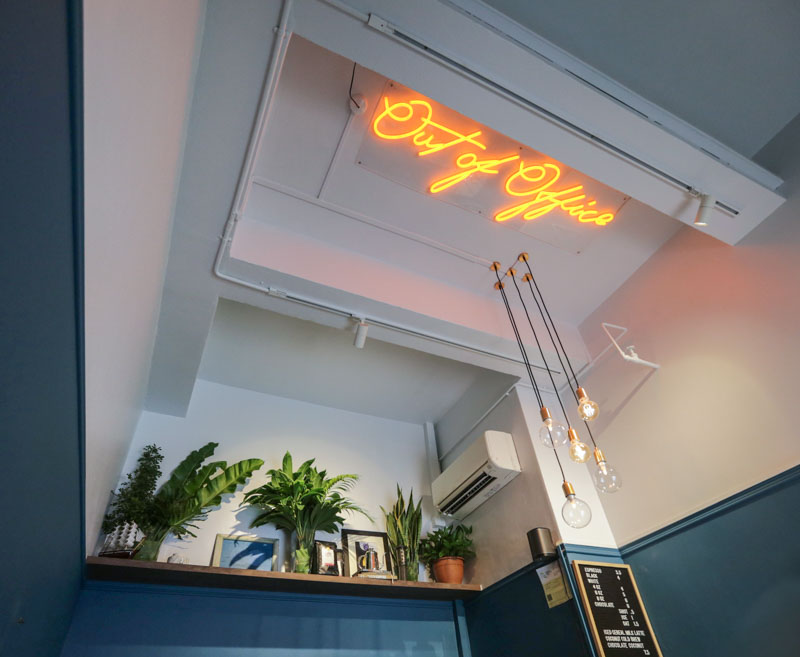 It was such a small space (only 100 square feet!), yet it felt so cosy — it was as though I had stepped into a friend’s tiny one-room apartment.

The cafe is named after one of the owners’ dog, Maxi. Co-owners Denise and Bryne capitalised on the name to make a play on the words. They wanted to maximise what they could do with this small space and clearly, they were not restricted by it.

Just look at how they’ve gotten creative with the space! We loved it. 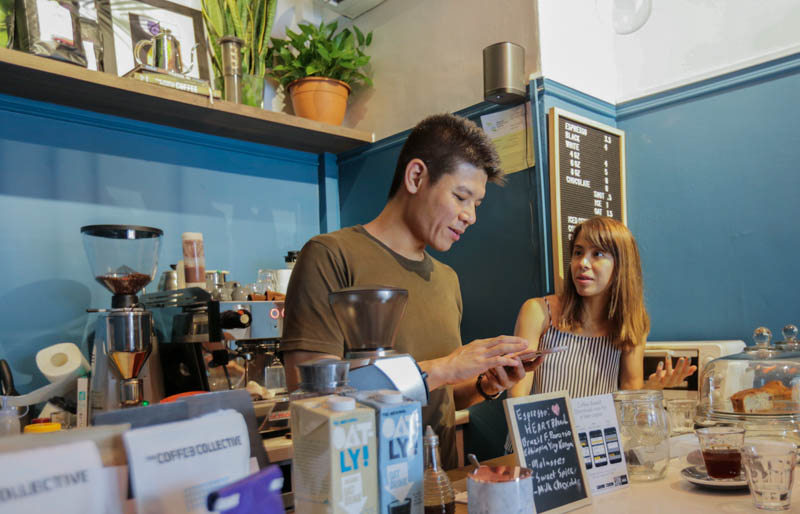 The duo met at a coffeehouse and hit it off almost immediately, sharing the same philosophy and passion for coffee. So much so that shortly after, Denise decided to quit her job as a lawyer to pursue her dream. And that marked the beginning of this humble coffee house. The Iced Cereal Milk Latte ($7.50) was the first to catch our eye, so of course, we had to order it. Before mixing everything together, I decided to try out the cereal milk on its own.

The cereal milk is made in-house daily and it reminded me of Magnolia’s oat milk — but the siew dai (less sweet) version. 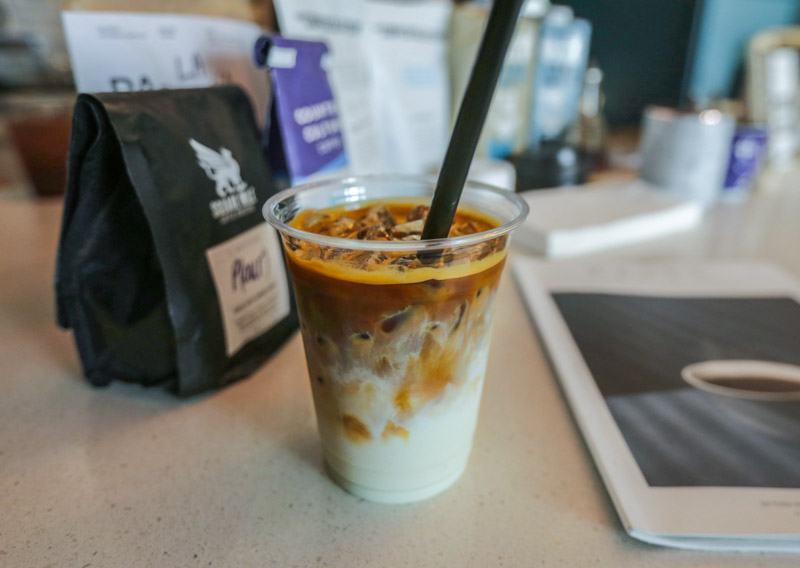 I mixed everything together and took a sip again. This time, I was confused. Other than the slight sweetness of the cereal milk, there was a tinge of saltiness as well.

Judging by my expression, Bryne explained that they added a pinch of sea salt to bring forth the sweetness of the cereal. I must say that it worked out quite well, and amongst the three cups, this was the fastest one to go. Next up, we had the Coconut Cold Brew ($7.50). It was a refreshing blend of coconut water and cold brew (which have been brewed for four days).

The coffee beans used are the fruitier and less acidic Brazil Ethiopia beans — to suit the palate of the CBD crowd. As such, I felt that the addition of the wedge of lime was rather superfluous as it merely increased the acidity of the coffee, rather than enhancing its flavours. Non-caffeinated options in the menu include Chocolate ($6) and Coconut Chocolate ($7.50). We tried the latter and found it fairly interesting.

Their chocolate’s procured from a local chocolatier, Fossa Chocolate, a small batch bean-to-bar craft chocolate maker. They melt the chocolate to make their own chocolate sauce, which is then stirred into coconut water before serving. If you feel a little peckish, fret not. They have some pretty solid toasts as well. 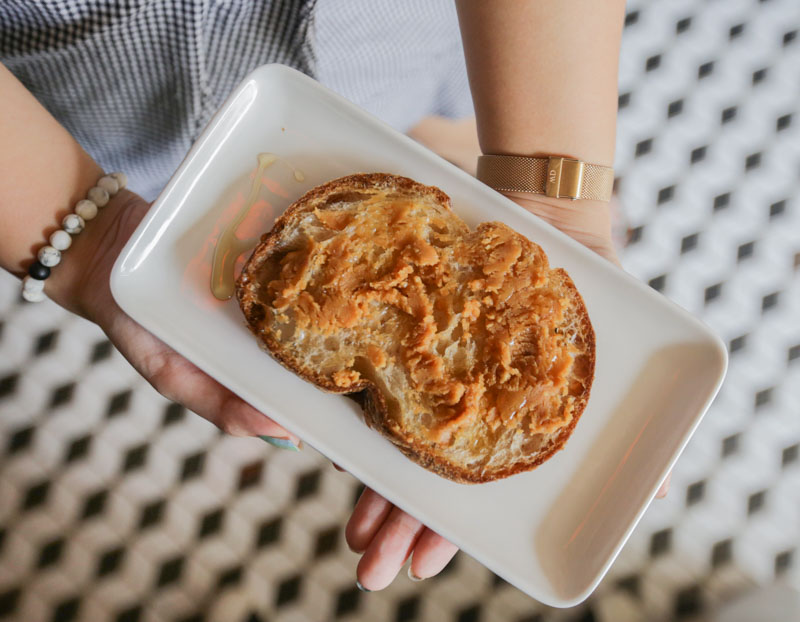 Although the miso taste wasn’t very distinct, it blended well with the peanut butter, resulting in a very balanced sweet and savoury taste.

The texture of the sourdough bread is also worth a special mention. While it is crusty on the outside, it is less dense on the inside, resulting in a very light and fluffy texture of the bread. 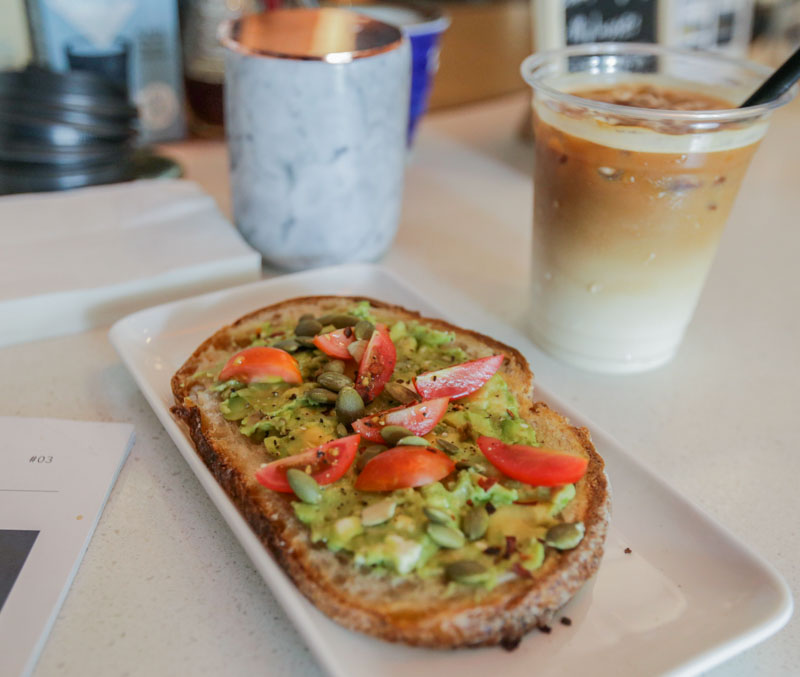 I know what you must be thinking. “Yet another place with avocado toasts?” Yes. But I still think their rendition of Avo Feta Toast ($8) topped off with toasted pumpkin seeds and chilli flakes was pretty decent. 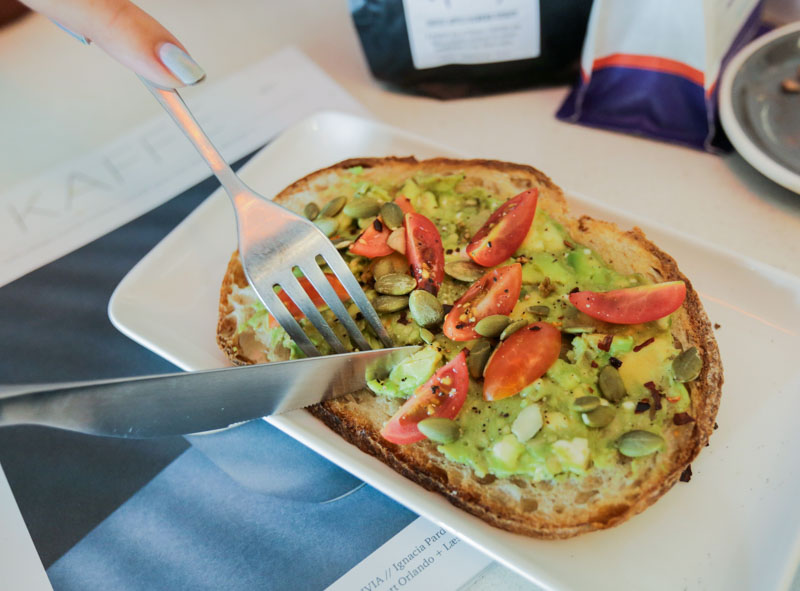 Once again, the main reason was probably the sourdough bread. That being said, I would definitely make a trip there again to try out their Ricotta Jam Toast ($6) and Vegemite Cheese Toast ($6).

To the caffeine junkies and coffee connoisseurs out there, you’d be pleased to know that their happy hours are from 11am – 1pm. Their filtered coffee will go for $5 instead of the usual $7. 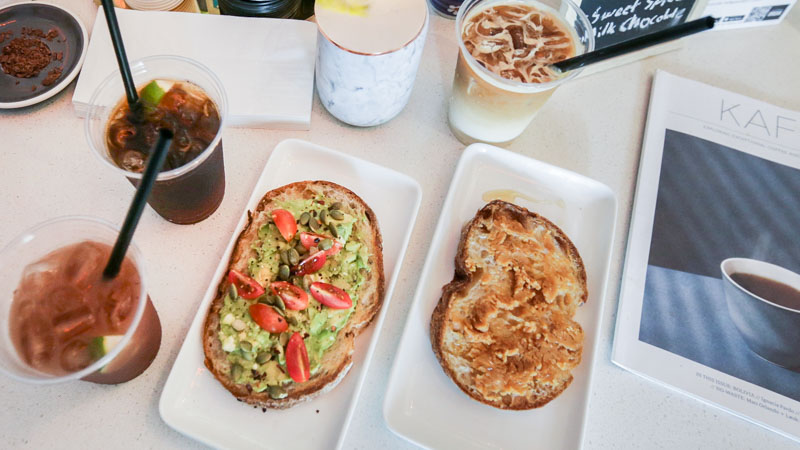 This cafe would definitely make you want to get out of office for some brilliant blends and tantalising toasts.

For now, they plan on staying in this cosy little hideout of theirs. However, do stay up-to-date through their Instagram and Facebook pages as they have some pretty exciting plans in the pipelines. (They may be adding booze into the menu).