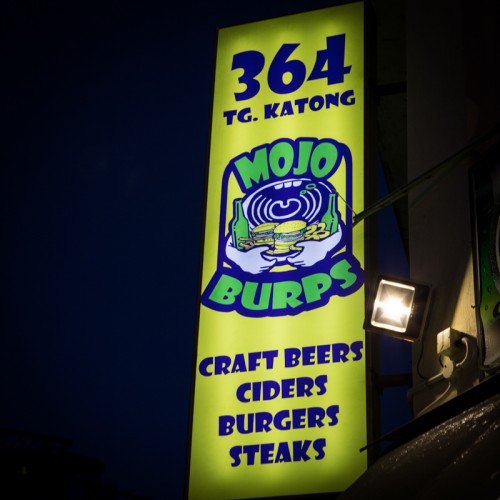 When the LA Clippers play after the Lakers on the same night at Staples Center, it takes a painstaking 2 hours for arena personnel to entirely convert the stadium’s theme. At 364 Tanjong Katong Road, where 7-month-old Mojo Burps is the evening resident of the daytime coffeeshop, this theme replacement takes far less time. 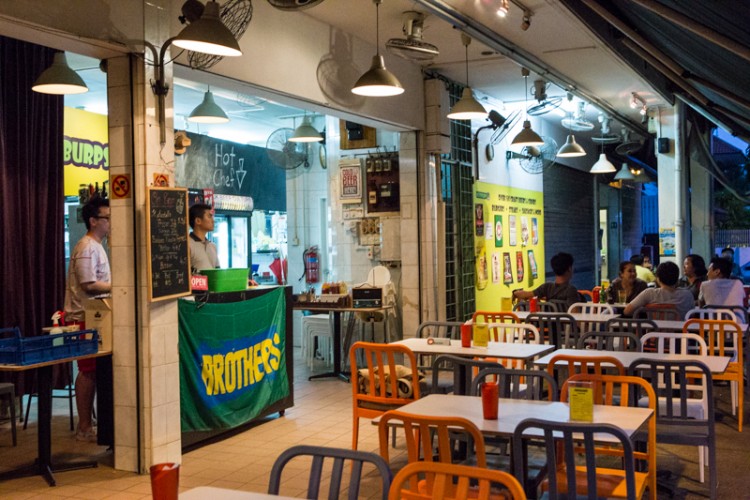 Absent prying eyes (hopefully from some quality hooch), it is nigh impossible to look past the illuminated bar signage and red curtains and tell the gastropub was once a haven for hawker food. 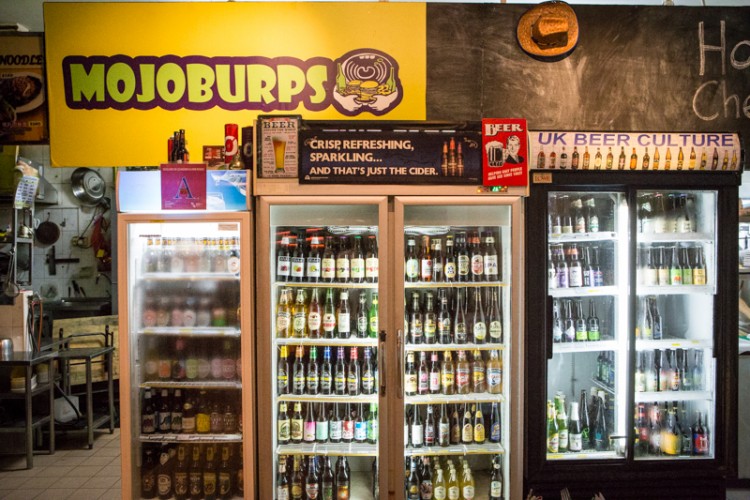 Mojo Burps barkeep Jason Wong scrupulously curates the internationally-procured beers and ciders—revised every quarter in an endless search for the best—that the bar exhibits on the 2 large refrigerators open for grabs, making it a point to retain only popular choices. From chocolate stouts to alcoholic lemonades, the range of flavours is so large that Jason believes he can pacify any palate. Mojo Burps claims to have the largest range of craft beers in Singapore!

On a night when I was to have samples from Mojo Burps’ Australian-American bar food menu as well as a healthy selection of craft beers, a cordial Jason made sure everything was in order. 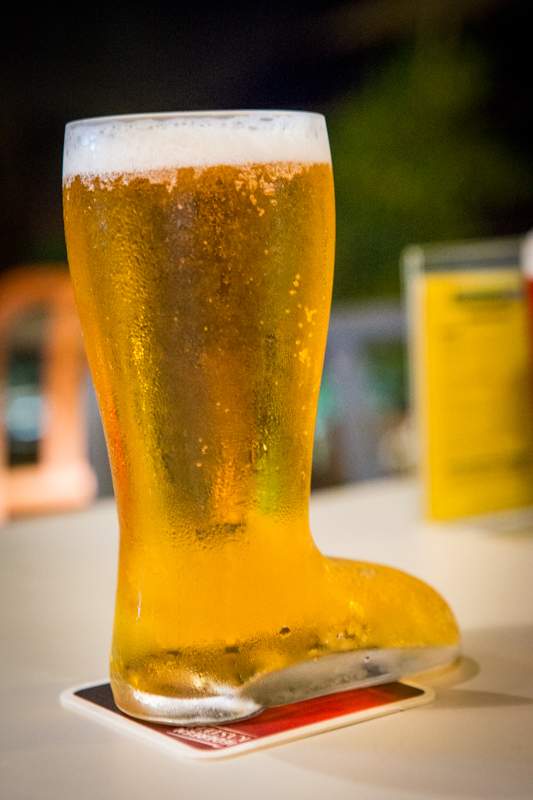 Proper Job ($15 a boot). My first drink was one of the 3 craft beers that the bar has on tap, the bestselling Proper Job. As good and familiar as this medium-bodied India Pale Ale was, I found myself being more amazed at the frosted boot of a mug. According to Jason, these 600ml boot mugs are handcrafted such that no 2 boots are identical. Hitachino Nest Commemorative Ale 2013 ($13). A thin froth caps this characteristically light fruit beer of a copper orange. Made with orange and coriander peel, nutmeg, cinnamon, and vanilla beans, the drinker gets delicious citrusy hops with a dry finish. Deschutes Mirror Pond Pale Ale ($12). Non-fizzy and intrinsically complex, the Mirror Pond has a thick copper body that is balanced in malt and fruit. Comparable to the Hitachino above, but I would pick the Japanese brew. 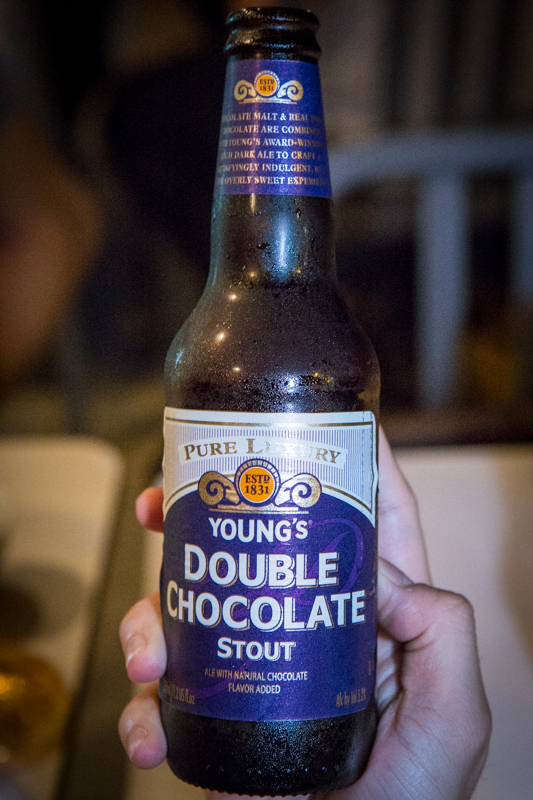 Alska Lemon & Ginger Fruit Cider ($10). I struggle to tell this apart from ginger ale. Aside from how there is no semblance of alcohol in taste, it definitely is a fizzy drink that can appease all. Harry Brompton’s Alcoholic Iced Tea ($10). If you have ever dropped some vodka into Season’s Iced Lemon Tea, you will recognize how uncannily this Harry Brompton’s concoction matches that pungent but deceptively innocuous flavour. Unfortunately, I am no fan of Season’s cloying product. F*cking Hell ($10). This is no misnomer. Neither is it meant to be deprecatory, this beer is named after the city of ‘F*cking’ in Austria (although its not brewed there), while ‘Hell’ is a German description for pale beer. Since the seal of approval by the EU in 2010, F*cking Hell has been turning heads worldwide with its brazen branding. As a beer, it is a light-bodied lager that leaves a somewhat perversely bitter note. Certainly nothing to die for, and even Tiger or Anchor beer might be of the same standard. 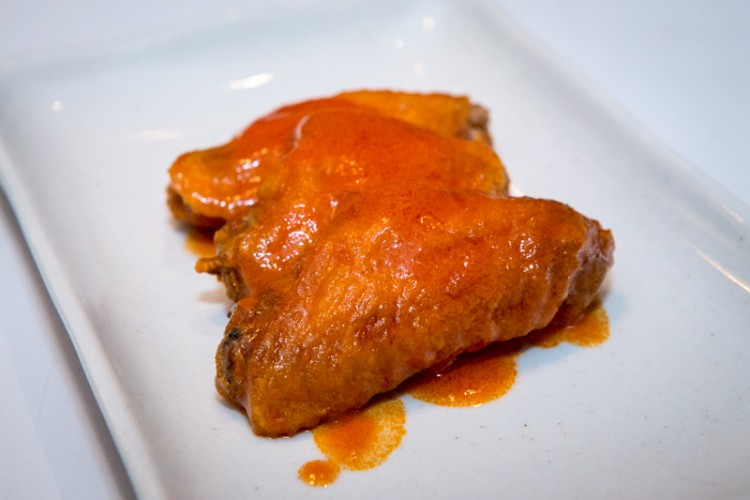 Promotional Buffalo Wings ($1 during happy hour at the eligibility rate of 3 mid-joints per purchase of beer/cider). Ridiculously cheap are these unbattered wings, but with a hook. I especially enjoyed the sour and spicy Buffalo coating on the mid-joints that are seasoned only with brine. Outside of happy hour, only fried wings are available. 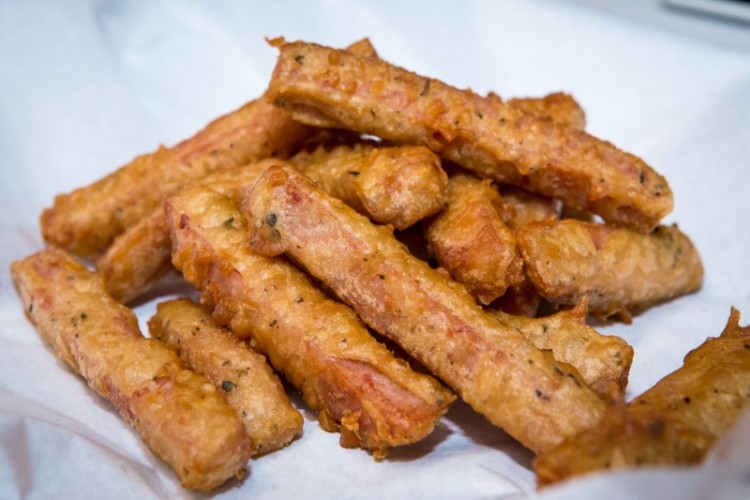 Spam Fries ($8.90). A tinge of spiciness in the batter of juicy spam will have you yield to its addictive nature, particularly when given a delicious chili dip. Mustard and ketchup are also available. 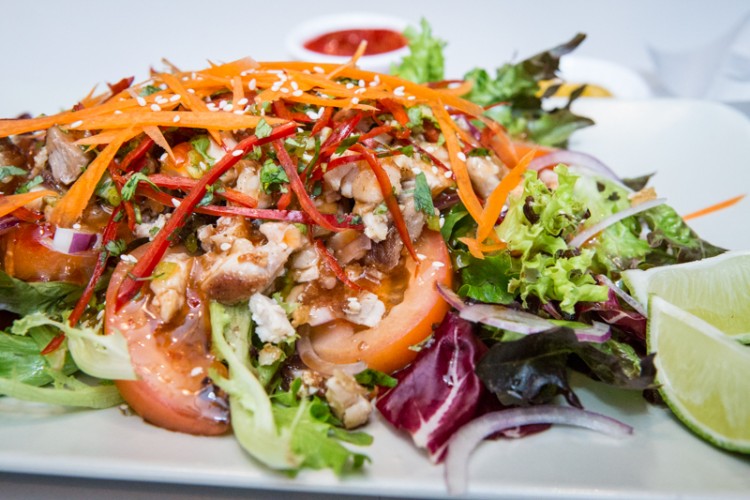 Chicken Thigh Thai Salad ($11.90). Though not exactly the most refined tongue twister, the presence of sliced chili and a sweet spiciness to the salad dressing will likely delight the tongue. In case you aren’t too keen on having beef, copious amounts of chicken skin accompanying the thigh will be almost equally delectable. 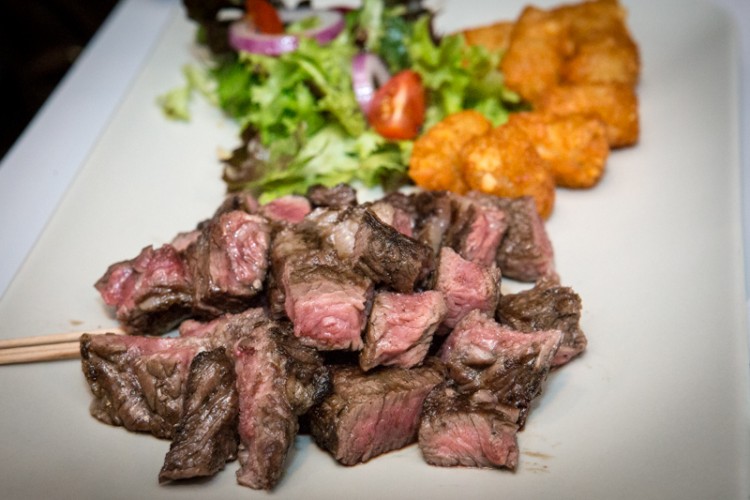 Ribeye ($19.90). 150-day grain-fed ribeye Australian Angus at this price, served in tiny cubes? Sounds like a deal as good as any. Indeed, the charred flavour around well-marbled beef that is easy to chew truly amazed me at this price. If you get this, I’ll have to disseminate Jason’s advice of finishing it quickly before the highly exposed cubes go cold. 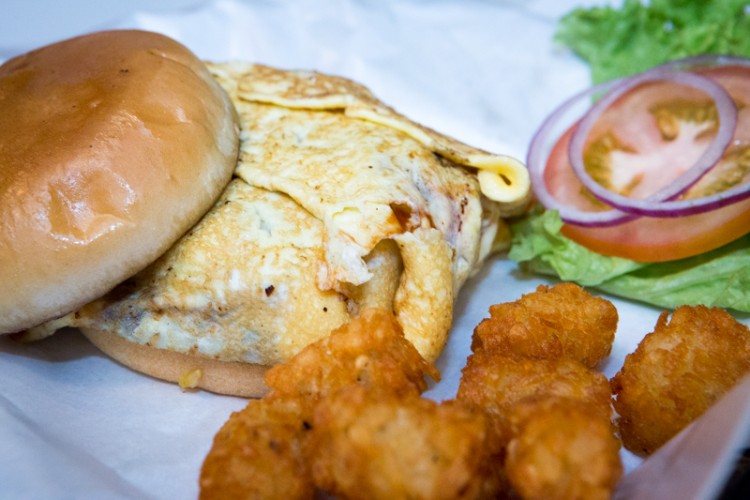 Pattaya Pork ($11.90). With 3 burgers to cap the night, the Pattaya Pork first impressed with a reasonably thick and moist egg wrap over a sizable pork patty. I would have preferred a more concentrated processing of meat, though with the perfectly fried tater tots on the side, the price seems about right. 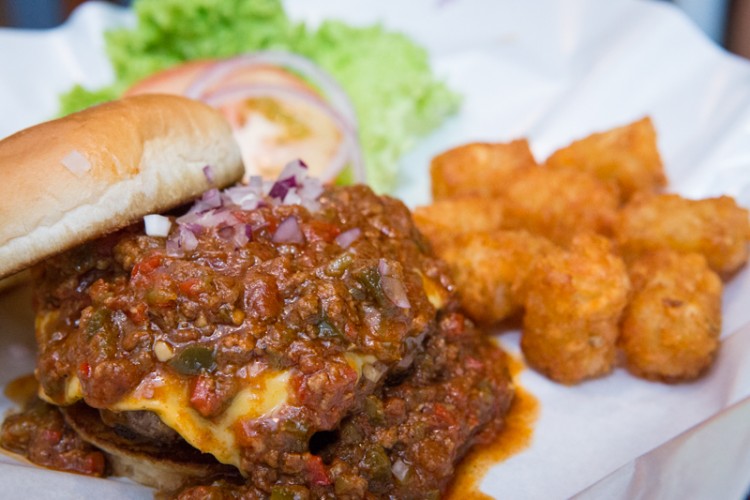 Sloppy Mojoes ($12.90). My guess of this burger’s etymology is the haphazard placement of the ground beef, cheese and salsa mix that appears absurdly appetizing. True enough, the meaty blend is all kinds of tasty, but no barometer of the bar’s quality of beef. 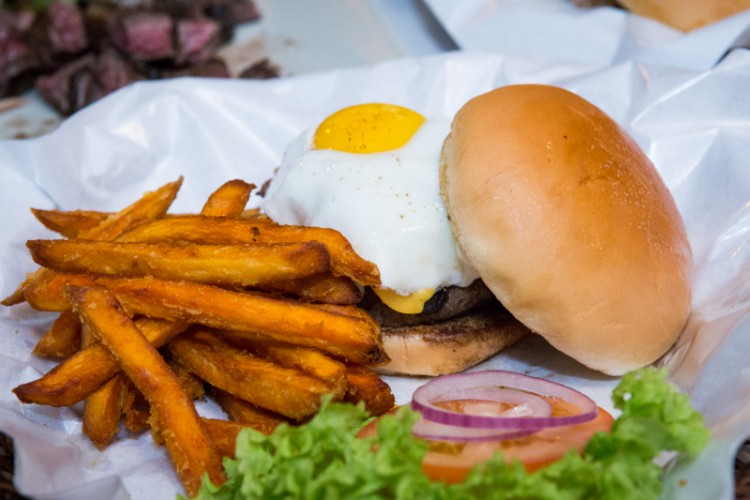 Breakfast Beef Burger ($13.90). Topped with a sunny side-up and stacked with strips of bacon, grilled onions, portobello mushrooms, cheese, and not least the undeniably thick and juicy beef patty, this burger evidently meshes everyone’s favourite components into 1 scrumptious package, not to forget the respectable sweet potato fries on the side. The Breakfast Burger, to me, was the best burger of the night, hands down.

Fear no disappointment at Mojo Burps, other than its unceremoniously early closing time of 12am. Both its quality bar food and splendid selection of craft beers will likely see it become a Tanjong Katong haunt.