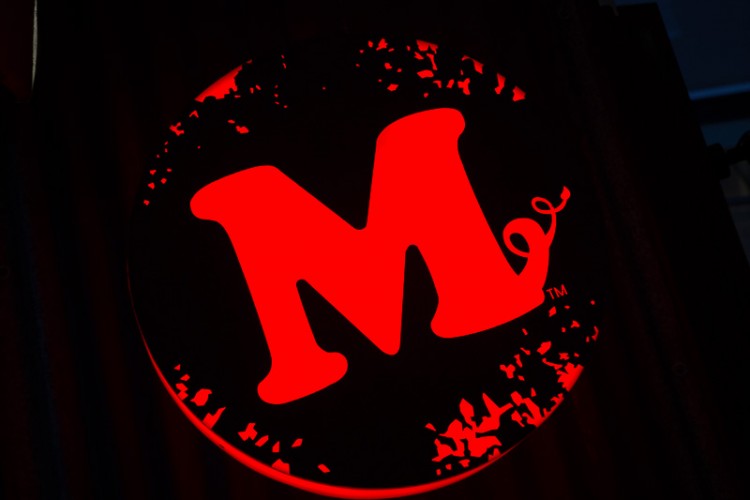 This festive season, Morganfield’s is keen on bringing a hearty Midwest feast to your home. Beginning 15 November till 28 December 2014, the restaurant with 2 outlets in Singapore – Suntec City & The Star Vista – will run both a dine-in and home delivery promotion on its Christmas items, 3 of which are available for dine-outs that feature a 10% early bird discount if your order is confirmed before 30 November. The Star Vista outlet we were invited to for a taste of the scrumptious Christmas spread can seat an astounding 170 people. While it would have been nice to listen to Morganfield’s curated Southern tunes that the restaurant purportedly plays, we were instructed to take our places along its bar and row of outdoor seats facing the Bourna Vista buzz. Pretty alfresco scenery aside, this seating area still lies within the mall premises, so smoking is prohibited. 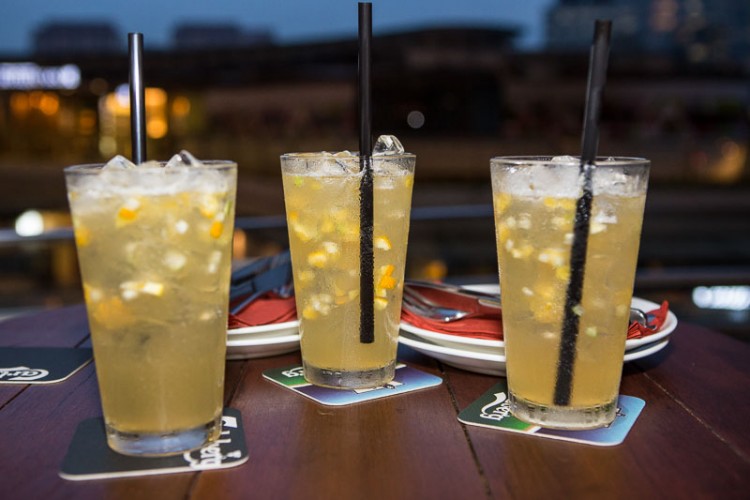 White Christmas Sangria ($16.90++). This light-bodied cocktail is what we started off with. A suspended mixture of diced green apples and oranges endows the slightly diluted drink with some colour, but unfortunately, having a rough orange skin, is not pleasant to the bite although it adds very nice colors. Altogether, it is perhaps a little contrived as a creative concoction. Rogue Hazelnut Brown Nectar. I went on to drink this revered bottle of craft beer that we learnt is apparently great for seasoning. We would later see its reappearance in the form of meat marinade. Nutty flavour is quite a rarity, but save for that, the drink went flat a little quick.

Anderson Valley Boont Amber Ale. Said to be a reconstruction of the American Pale Ale, this delicious thick beer packs fruitiness and a rich golden brown.

Deschutes Chain Breaker White IPA. Orange peel and coriander are used in the brew of the fairly light Chain Breaker, which naturally turned out citrusy. Though decent, it pales in comparison to the Anderson Valley. Beer Candied Bacon ($8.90++). Strips of bacon dunked in Rogue Brown Nectar beer then fried to a solid crisp is the rustic bar snack here. Softer bacon appeals to me more than one that tends to the sweet bakkwa, although candied bacon fans will love it. 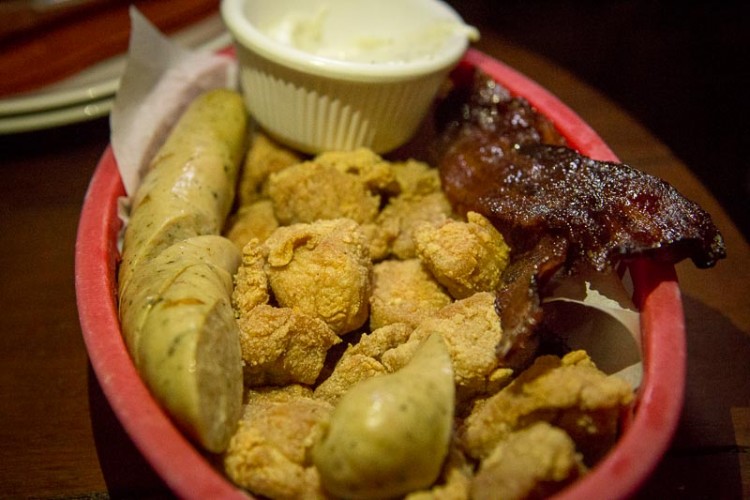 Basketful of Pork ($15.90++). I couldn’t find a standout among the beer candied bacon, pop corn pork (which tasted much like chicken, perhaps due to sensory association), and sliced pork bratwurst, but with adequate use of the wasabi-infused tartar, every bit of this basket was immediately enhanced with a pleasantly nasal kick. 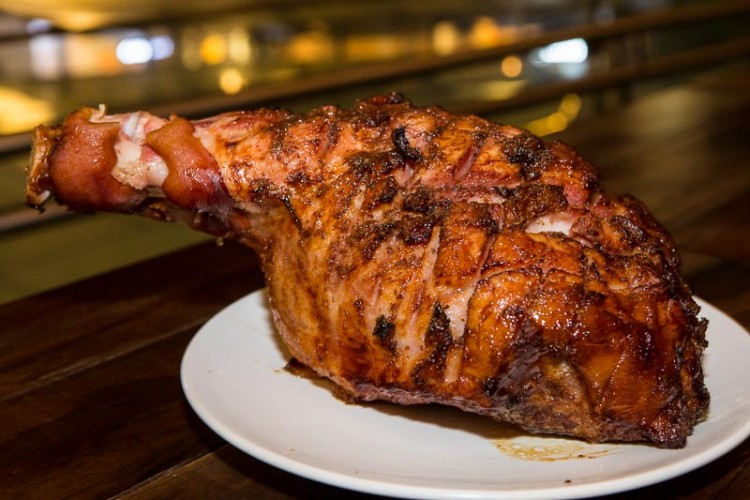 Bourbon Marmalade Glazed Leg of Ham ($168.90+). Chewy skin dripping with sweet oil coats radiantly pink sweet flesh of the glazed leg of ham (4 -5 kg) that claims to feed more than 12. The skin could have been easier on the bite, but the ham was pretty decent. 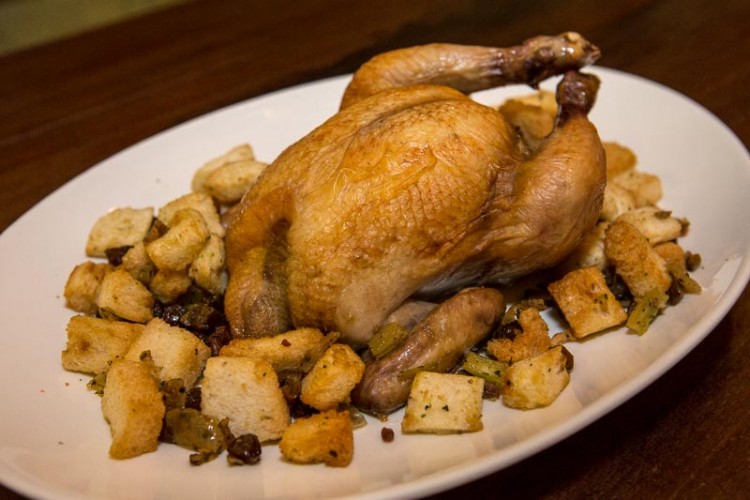 Christmas Hazelnut Roast Chicken ($28.90+). The heavenly Rogue Nectar beer is again at play in the roasted chicken that is dissected to reveal tender flesh fully imbued with the sweetness. Even in the drier sections, I found the meat succulent, and skin delectably soft on the inside. 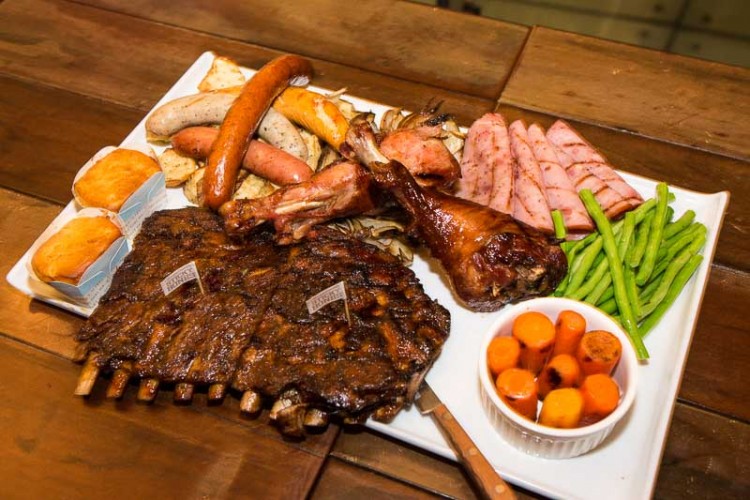 Morgan’s Christmas Feast ($149.90+). In this rack that serves 4-5, I actually found the sides, namely the crunchy beans and soft glazed carrots, which can be topped up at $5.90 each, to be highly well prepared. The sausages are pretty standard sized with a mix of cheese and chicken sausages.

Flagship Sticky Bones comes in 2 flavours – Hazelnut and Cranberry. The unique sweetness in each is reflected in the ribs, though they could have been inconsistent in texture, for I chanced upon some tougher parts while eating the flesh but generally it falls off the bone.

Apart from the abovementioned Bourbon Marmalade Glazed Ham slices is the 2 x Smoked Turkey Legs that is central to Christmas feasts and my favourite in the platter. I especially enjoyed the natural savoury overtone of the springy flesh that tightly adheres to the crispy skin. Cranberry & Peach Crumble ($13.90++). This crumble pie that is composed of stewed cranberries and peaches topped with a scoop of vanilla ice cream is not cloying, and, in fact, serves the temperature contrast quite nicely as a swan song for the Christmas meal. 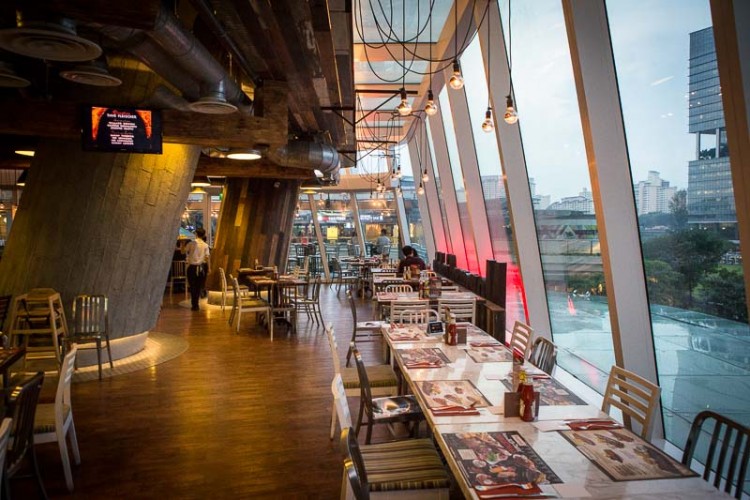 As much as you might be perplexed at the repeated use of the Honey Nectar in its meats, Morganfield’s prepares a hearty meal for the Christmas celebrants that I just thought could be priced a little lower.

But if you’re keen on sampling a diverse spread more than the ordinary, this might be the place to call for a feast to unfold before you at home.