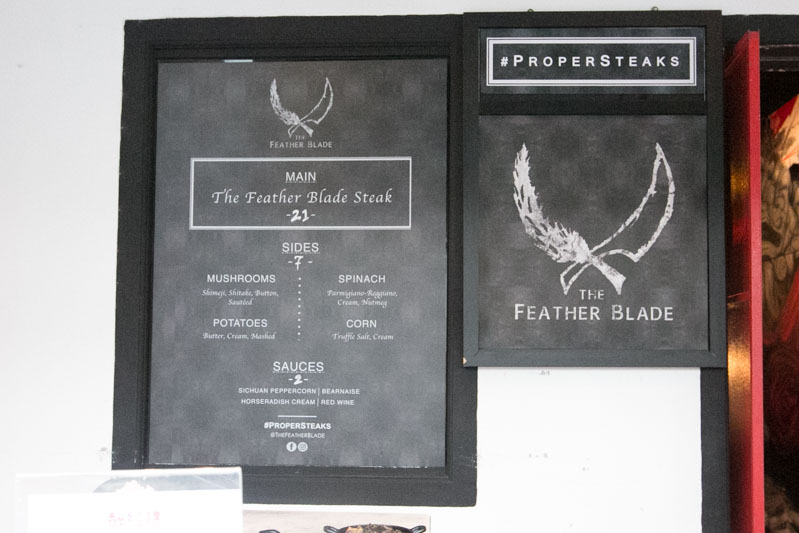 Ever since The Feather Blade burst on the scene about a month ago, steaks have taken on a tastier and more affordable meaning. As perfect as The Feather Blade is, for founder Sheen Jet Leong, the steakhouse seemed a little incomplete. Enter The Feather Blade’s off new off-menu item the Handshake Burger (S$21). This patty is made from the same tender Feather Blade cut and nestled between two lightly toasted fluffy brioche buns. The burger is then blanketed with The Feather Blade’s decadent béarnaise sauce and finished with some chopped shallots to cut through the richness. 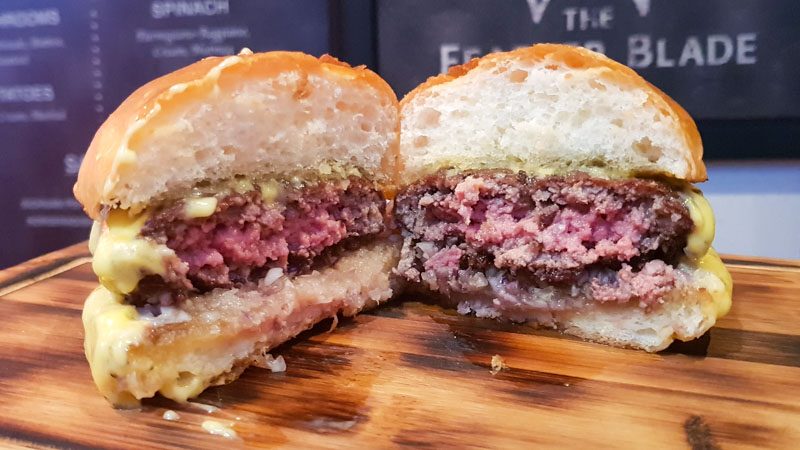 The Handshake Burger is a little different from your usual burger. Their feather blade patties are flash-fried in their own fat (yum!) to get that crispy crust on the outside but still keeping it a juicy pink in the centre. 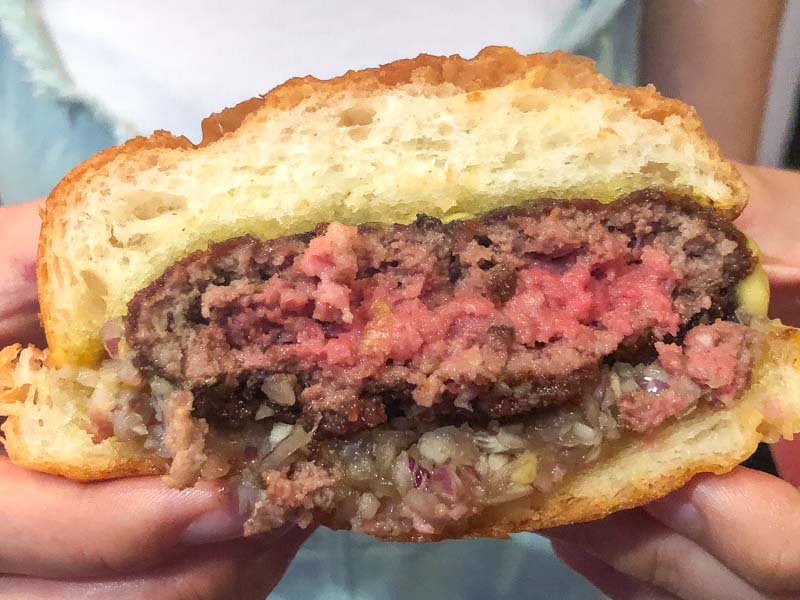 The Handshake Burger is as good as burgers can get, with the flash-fried crust added texture to the burger. The centre was as good as it looked; succulent and juicy. When eaten together with the indulgent béarnaise sauce, it was a finger-lickin’ mess that I loved.

Just a tiny tiny gripe — as satisfying the burger was, I would have liked a little more to cut that richness. Sheen tells me that he is thinking of adding some gherkins on the side. The chopped shallots already do a fine job, but I reckon the inclusion of gherkins would really elevate an already excellent burger.

Update: There are now gherkins served on the side of the Handshake Burger, yay to more yum!

Another rather fun thing about the Handshake Burger is that it’s sort of a secret menu item. The staff would need to know you before you can order it, hence the name.

But, now you know, there’s no stopping you from ordering this delicious no-frills burger at The Feather Blade.

If The Feather Blade has been your favourite weekend haunt, come 24 April 2019 they will be a permanent fixture at Club Street. Just like their previous opening day, they will also be giving out free wagyu feather blade steaks from 7pm onwards. Yup, it’s free steaks!

To keep things interesting, The Feather Blade will also be offering weekly specials of alternative cuts of beef such as Picanha, Bavette, and Chuck Eye on top of their menu. At the end of your meal, you will also be treated to a complimentary cup of Udder’s ice cream.