Oyster Co. : Slurp Down Freshly Shucked Canadian Oysters For Only S$1.99 While Having Budweiser On The Tap At Clarke Quay 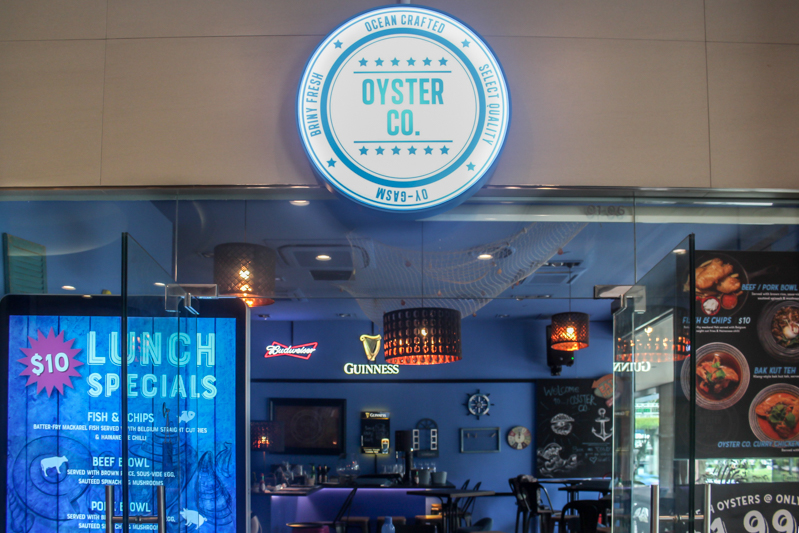 If you’re a fellow oyster connoisseur who’s looking for the most value-for-money option, Oyster Co. should be added to your bucket list right away.

Situated directly opposite Central Perk Cafe, this new kid on the block carries briny fresh Canadian oysters for just $1.99 each. At such a steal, you won’t have to splurge to savour these shelled delicacies here. Once you step into the bar, you’ll notice that everything from the colour scheme and interior design to the decor plastered across the walls makes for a very fitting nautical theme.

Being a bar, they aren’t short of alcohol either —you’ll see that they have a decent selection of premium bottles to choose from over the counter. Come August 2017, you can also anticipate house taps featuring Budweiser (a first!) and Guinness. 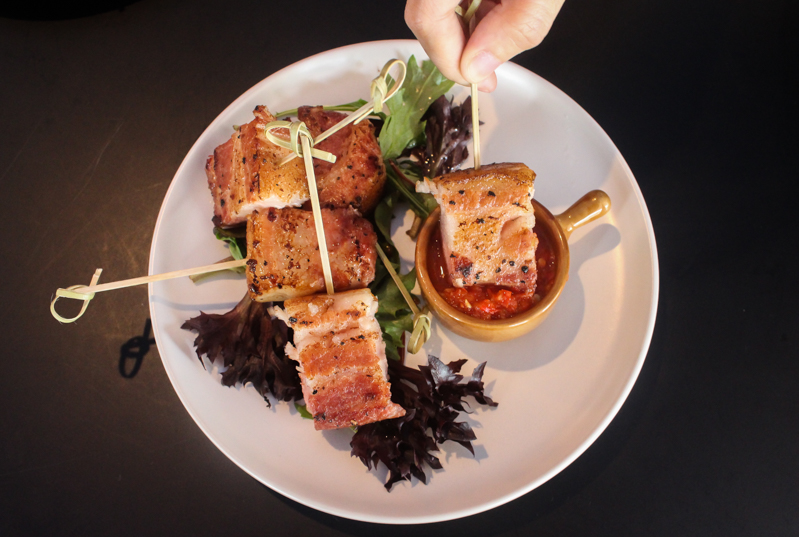 Aside from the oysters, there are also affordable lunch sets and savoury tapas, all at $10 per plate. As we came after lunch time, we opted for light bites such as the Three-Layered Pork Belly ($10).

The sous vide pan-seared pork belly came in extremely tender cuts that had just the right ratio of fat-to-meat. Dipped in Hainanese chilli, the mouth-watering meat was simply delectable. 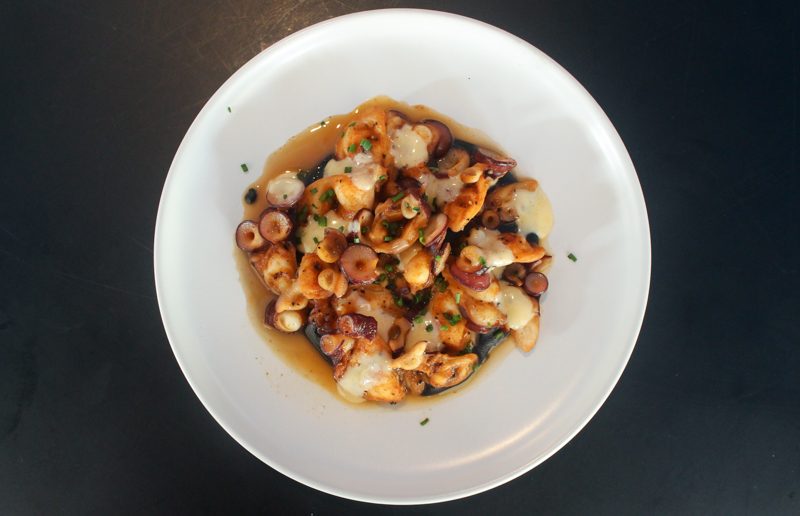 Whenever tapas is concerned, I always find myself yearning for some Spanish octopus so we had the Galician Style Octopus ($10). Served on a bed of squid ink mash, the bits of octopus paired really nicely with the aioli which added a zesty flavour to the dish. 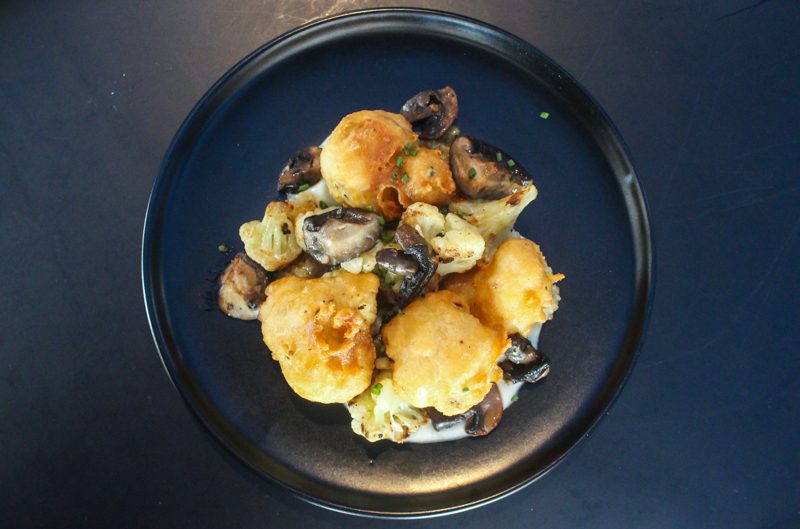 Trying a vegetarian option, we went for the Cauliflower 3 Ways ($10) as well. As the name suggests, this dish consists of cauliflower that is prepared using three different methods — we had the roast, puree and tempura versions accompanied by a burnt quinoa that boasted an amazing buttery fragrance. 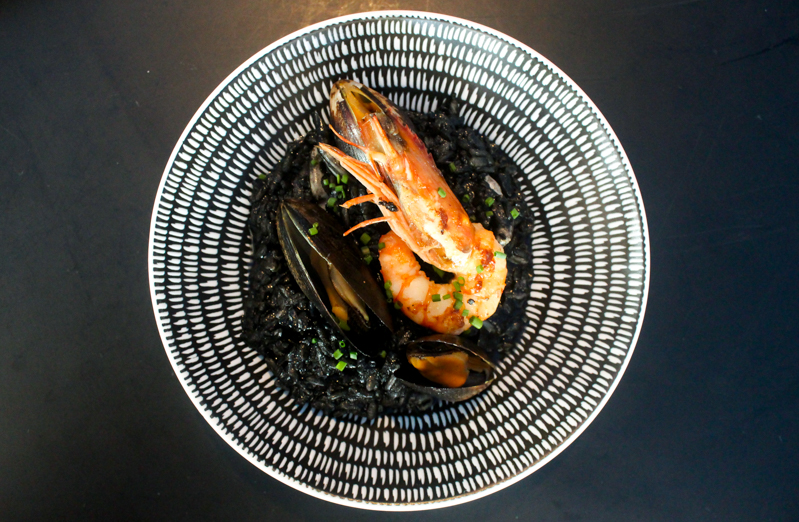 To fill ourselves up with more carbs, we went for the Squid Ink Paella ($10) right after. Since we’re more accustomed to the traditional paella that consists of saffron rice, we decided to try something a little different so we had the squid ink version.

We were pleasantly surprised by this rendition as the squid ink managed to coat the rice grains evenly and had a smooth consistency throughout. Coupled with the shrimp, mussels and bits of squid, this proved to be just as good as the original but packed with more briny seafood goodness. 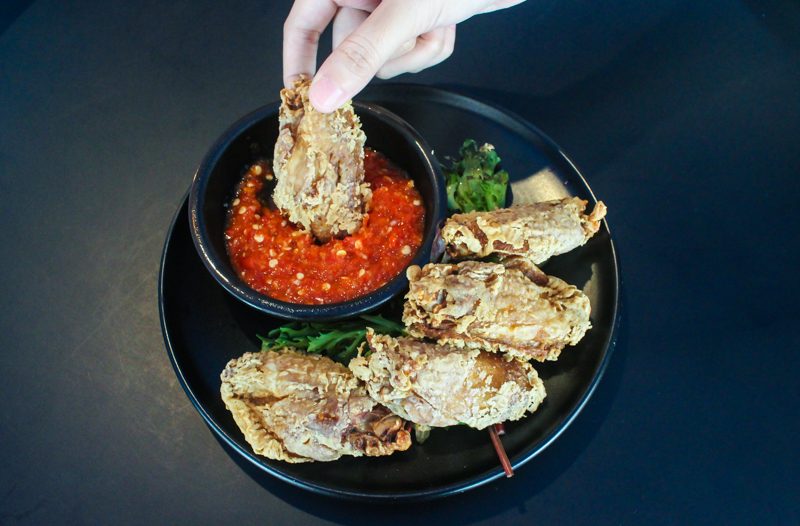 The Local Style Wings ($10) should easily be everyone’s go-to bar bite since it’s impossible to resist fried chicken at any given time of the day. Deep-fried and marinated with prawn paste, the wings were certainly succulent and juicy when doused in the spicy chilli dip. 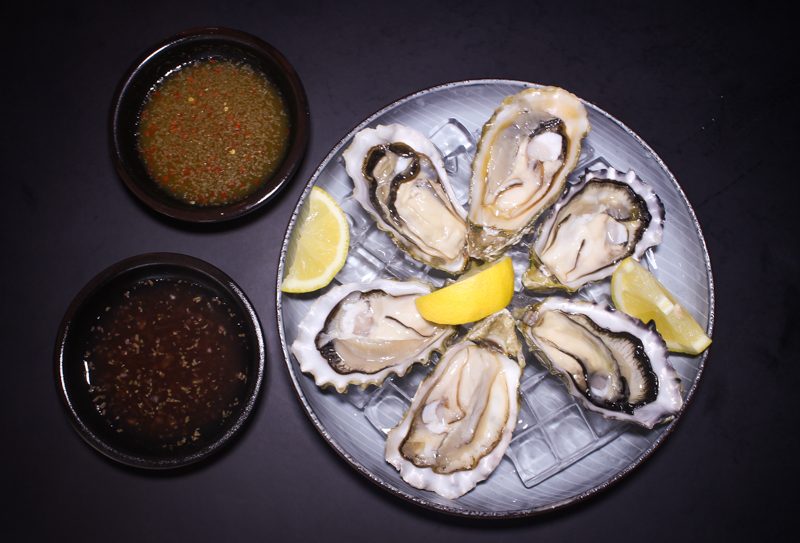 And finally, we rounded off our meal with the Canadian Oysters ($1.99 each). Freshly shucked upon order, these grade 3 oysters were absolutely creamy and had an undeniably smooth texture to boot. 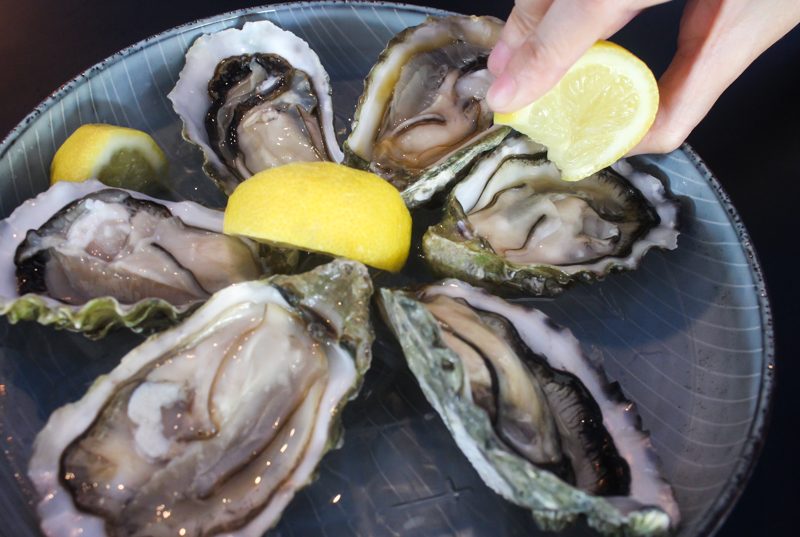 Just remember to drizzle some lemon over it to add some zest to the robust flavours. Otherwise, you can also order some oyster dipping sauces that go at $1 each. Some flavours that are available include the Mignonette, Cilantro & lime and Hainanese Chilli. 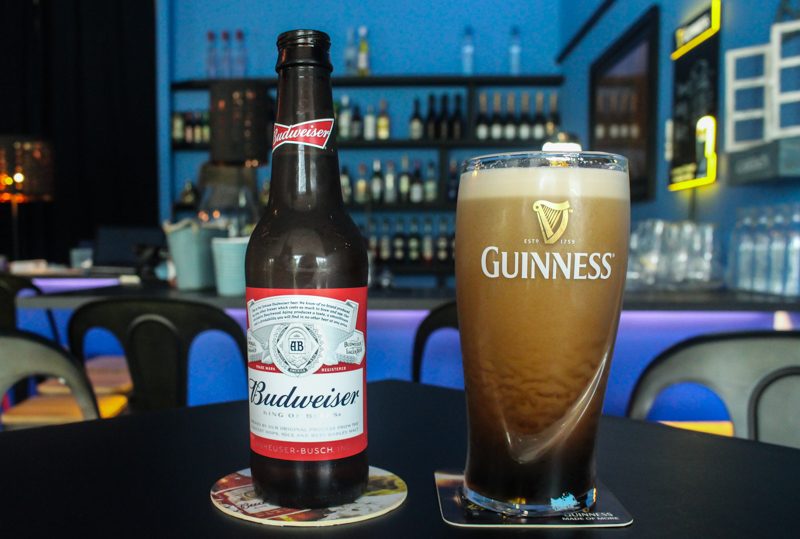 To end the night on a high, have yourself the Budweiser ($14 per pint, $12 during happy hour) for a pale Lager beer with an absolutely light and refreshing finish.

Alternatively, the Guinness ($14 per pint, $12 during happy hour) with its thick creamy head and perfect balance of malt would be an obvious choice for those who prefer stout. 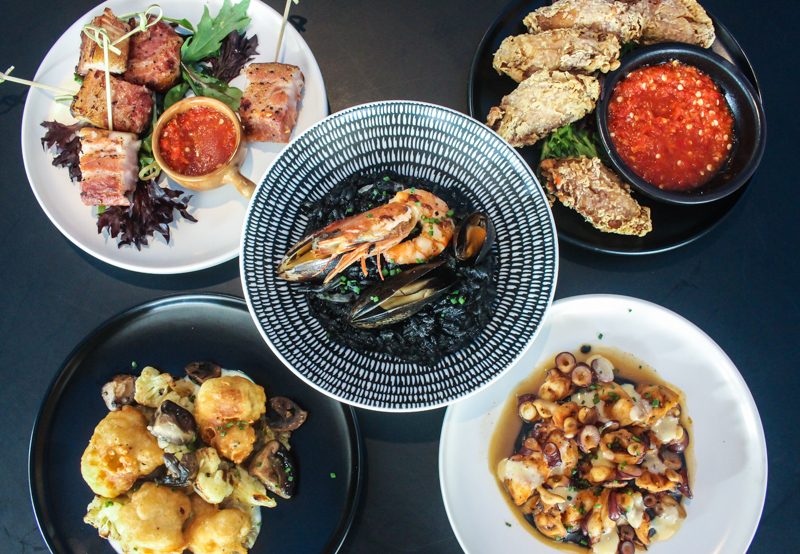 If fresh oysters at $1.99 don’t entice you, you must either hate oysters or are extremely resistant to good deals because that’s more than enough to lure me back for more.

Let’s not forget, the value-for-money tapas dishes and of course, Budweiser that will be on tap very soon!

Previous articleThe Alcoholympics: Challenge Yourself To A Beer-Drinking Competition At BamBooze Tavern On 19 Aug ’17
Next articleNurul Delights: Nasi Lemak, Lontong & More For Only $2.50 At Bukit Batok Worth Waking Up Early To Queue For