Singapore is known to be one of the greatest food destinations in the world with a wide variety of cuisines. With more people adopting veganism around the world, it is no surprise that Impossible Foods has landed here.

They make delicious and nutritious meat products from plants that have a smaller environmental footprint. Their aim is to remove the need to use animals as our dominant food source in order to sustain our global food system.

The Impossible Meat has comparable amounts of protein and iron to ground beef from cows. Health conscious people will be glad to know that Impossible Meat also has less cholesterol, total fat and calories. Heme is used as the main ingredient, which provides the meaty flavour. So how does it actually taste? 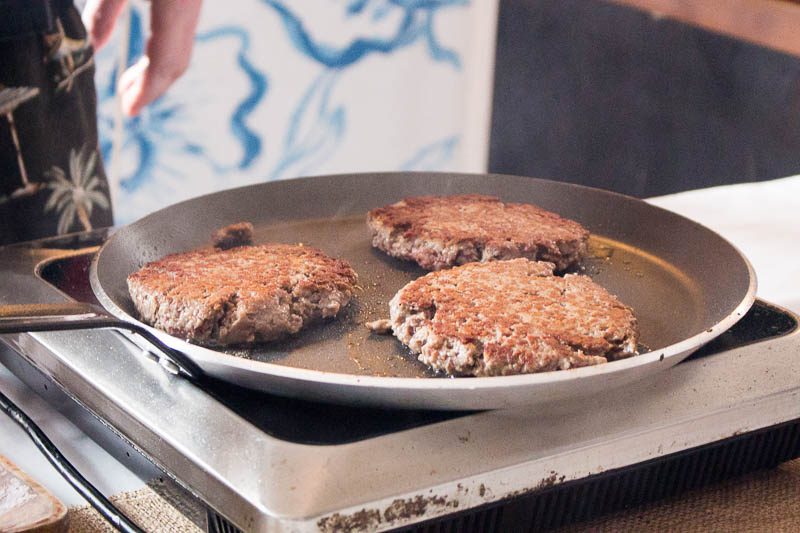 We were first given the patties alone to try them without any condiments. As Chef Adam, the Executive Chef of Three Buns Quayside cooked them in front of our eyes, they looked exactly like meat. They had the same sizzle as he flipped them, with a nice char on the outside. Tasting it on its own, I have to say they nailed it 99%. I could taste just a hint of difference from regular beef, but the texture was impeccable.

We had the opportunity to try out some of the Impossible creations. The first few we tried were the burgers from Three Buns Quayside. I love myself a good burger and was excited to see if this could match up to its animal equivalent. 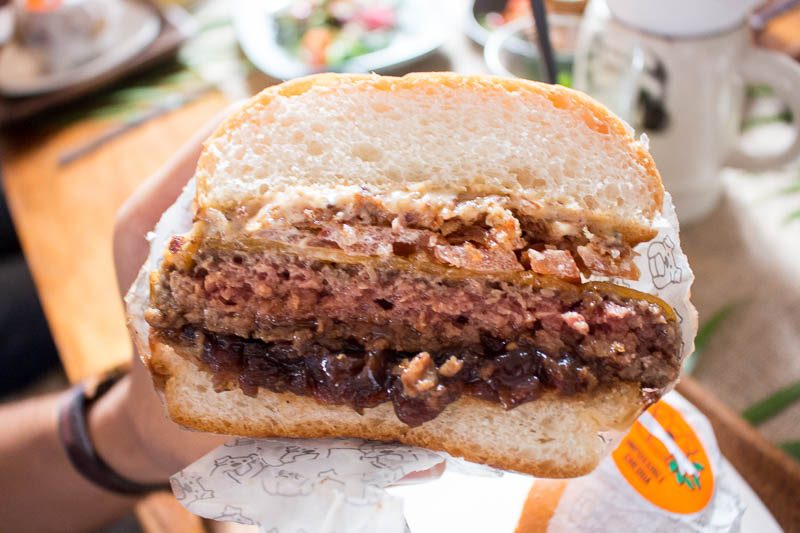 The Impossible Dream (S$27) tasted literally like a dream. It was really tasty and each mouth left me wanting more. The patty was a perfect medium-rare and had a nice bite to it. The XO mayo bound the flavours very well together and the onion marmalade added a nice touch of sweetness. The demi brioche buns were lightly toasted and fluffy in the centre too. 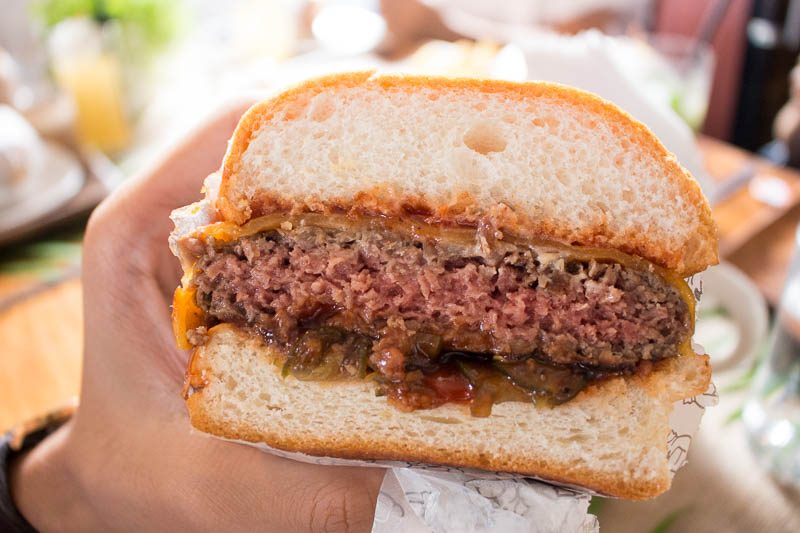 We also had the Impossible Chedda (S$23). It was done simpler as compared to the former, served with classic toppings and double ketchup. It was still good albeit not as flavourful. 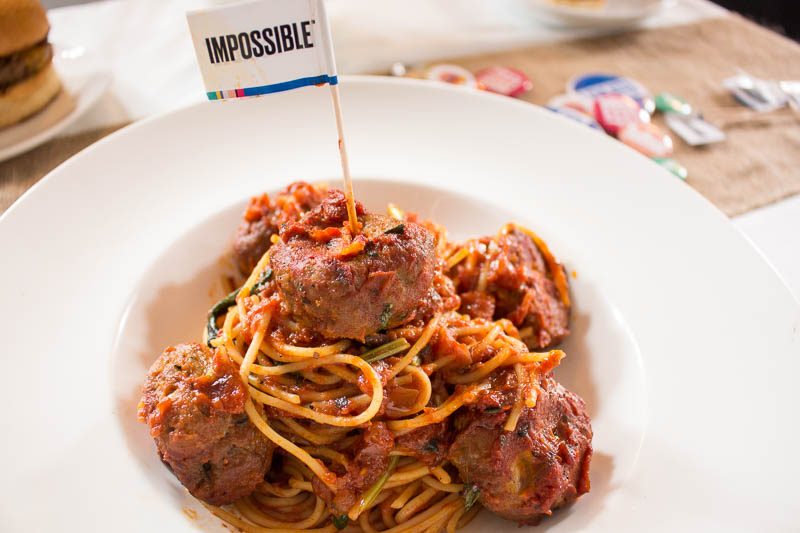 We also tried creations by Executive Chef Robin Ho from Privé. The Juicy Lucy Impossible Meatball Spaghetti (S$19) surprised me. I am not a tomato ragout fan, so I expected myself to feel nonchalant about this. However, the huge and tender meatballs were stuffed with cheese, resulting in slightly more decadent meatballs, which went well with the subtle tanginess of the ragout. 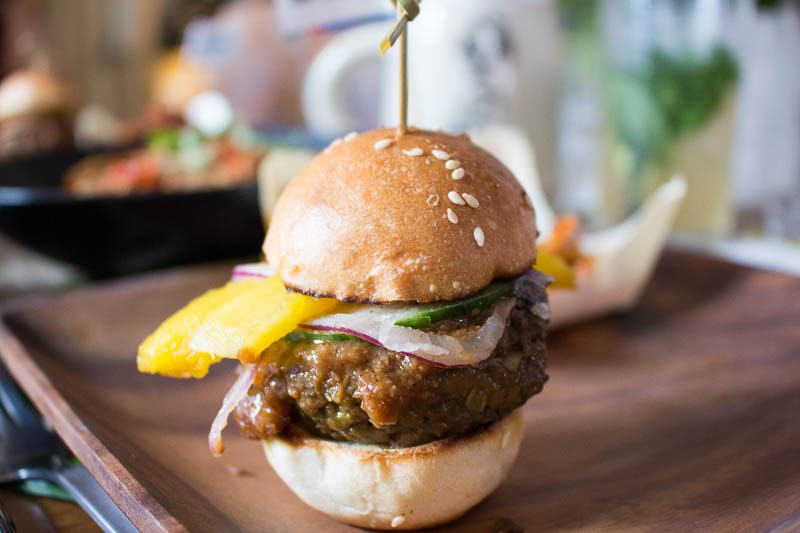 Lastly, we had the Impossible Satay Sliders (S$15 for three). The size of each was perfect; any bigger and it would’ve been jelak. I felt that the peanut sauce was a tad too overpowering, but the addition of mango and cucumber added a touch of freshness which helped to cut through the richness.

The Impossible Meat is versatile and can be used in any form of ground meat dish. Other dishes include Chinese cuisine like Impossible Pancakes with Chinese Chives (S$6.80), Sichuan Mapo Tofu with Impossible Meat (S$18). There are European dishes like The Impossible Sausage Roll (S$14) and The Impossible Wellington (S$39). There’s something for everyone, regardless of dietary restrictions and taste preferences. Give it a try and let us know what you think of this plant-based meat!