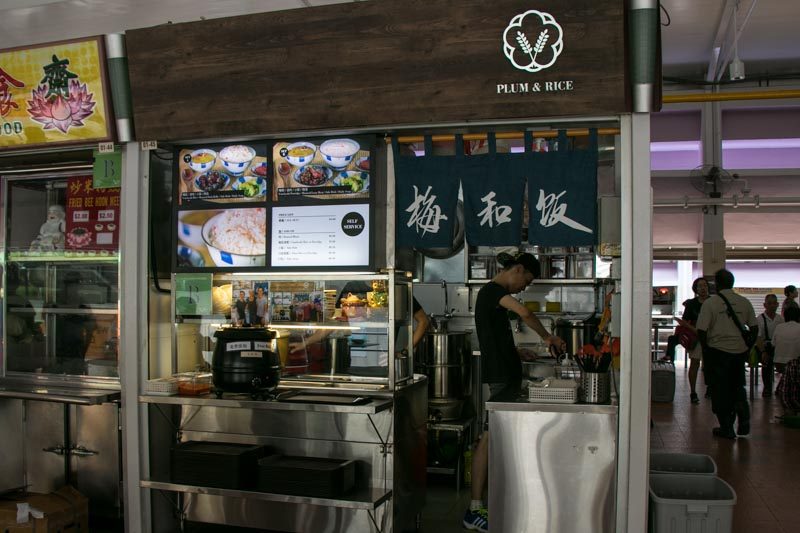 Plum and Rice a hawker stall, managed by three young entrepreneurs, opened in early December at Bedok North. The stall caught my eye with its Japanese-furnished storefront.

Raphael, one of the co-owners, shared that the decision behind starting a hawker stall was to continue the hawker trend which is slowly fading out in Singapore. However, to stand out from existing stalls, they went for the concept of fusion food, a mixture of Japanese and Singapore cuisine. 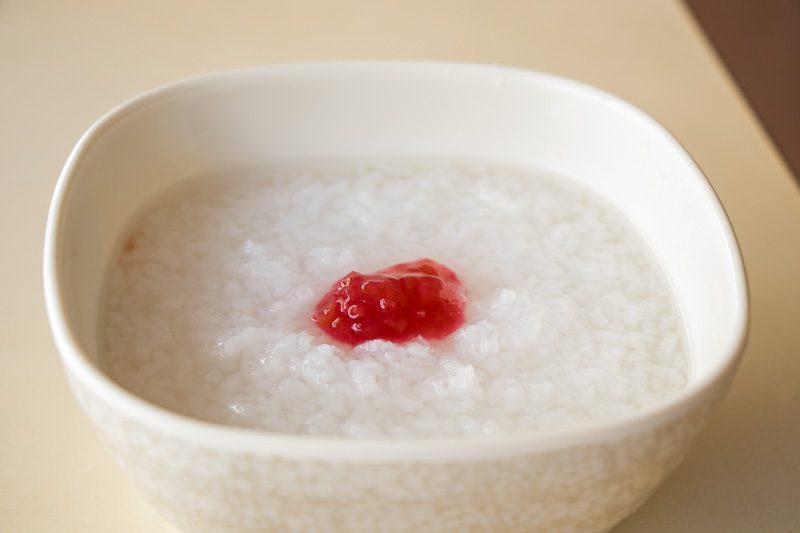 Umeboshi is a type of Salted Japanese Plum which aids digestion, combats fatigue and contains anti-aging properties. In light of these health benefits, the trio included it in our staple food, rice and porridge.

Being a new generation of hawkers, Plum and Rice introduces the fusion of modern and traditional dishes. They offer set meals consisting of a bowl of Umeboshi rice or porridge, a small side dish, a serving of meat or fish and a bowl of soup. At just $4 a set, you get a well-balanced meal enough to fill your stomach! 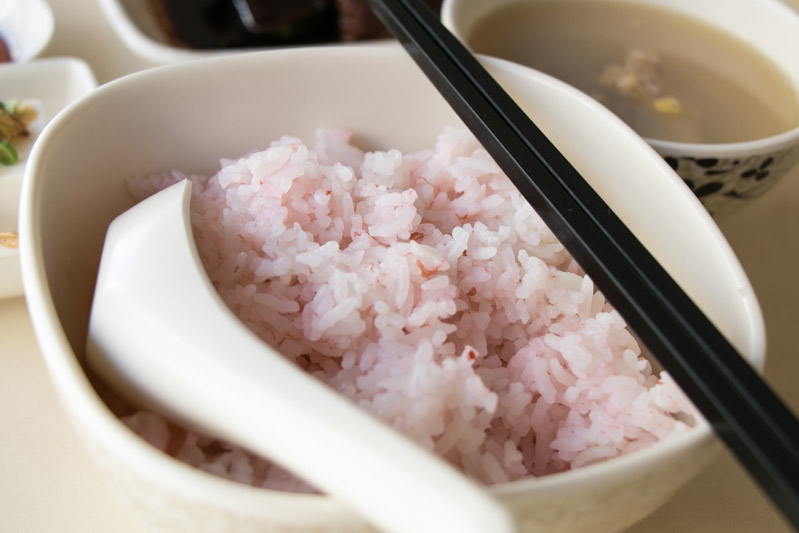 The Umeboshi rice came with a hint of purple. Not only does it looks appealing, it was indeed very appetising. Unlike the Japanese rice found in donburi, this was more grainy and had a less stickier texture. The sourness of the plum hit me as I took my first bite which kept craving for more. 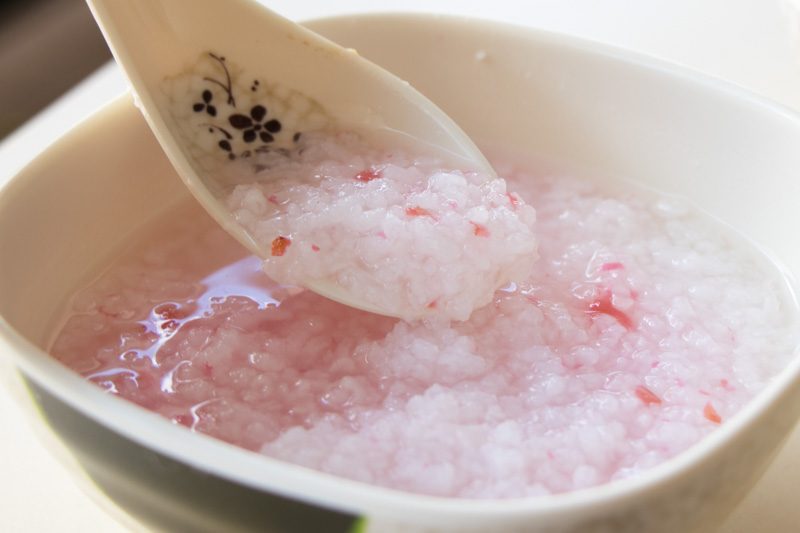 Compared to the rice, the Umeboshi porridge had more plum taste to it. I could actually taste bits of plum pulps which gave a slightly umami on top of the it’s tangy taste profile.

What’s interesting about Plum and Rice is that the side dishes served are all local dishes, inspired from economical cai fan stalls. The difference is Plum and Rice has a rotating menu, which means that they change their side dishes once in a few weeks so as to surprise their customers with different varieties. However, a few items are here to stay on the menu such as Braised Pork Belly and Braised Pork Shoulder Meat. Plum and Rice’s signature Braised Pork Belly was mouth-watering and each piece of meat melted in my mouth. I fell in love with it after having the first piece. The pork belly was soft, tender and flavourful, probably one of the best I’ve had in awhile.

According to Raphael, the pork belly used has a lesser fat content than others, making it slightly healthier. 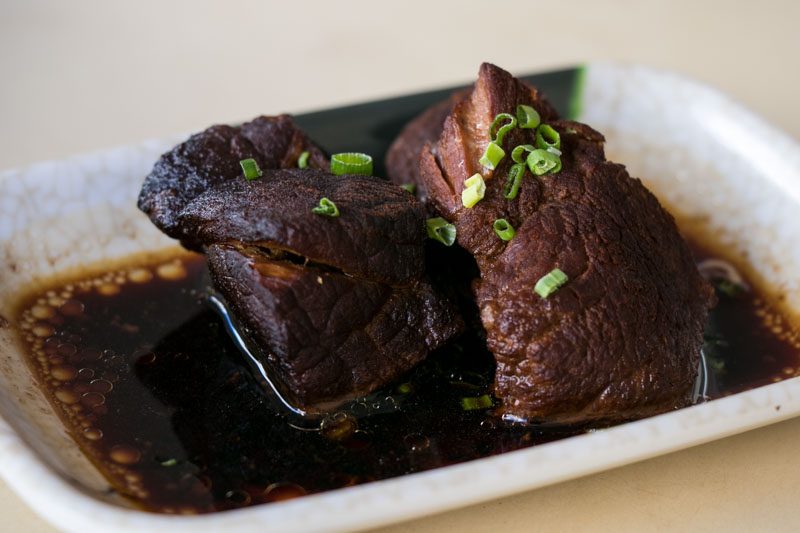 In order to cater to those who prefer lean meat, Plum and Rice also serves Braised Pork Shoulder meat. Similar to the braised pork belly, the shoulder meat was tender and was thoroughly cooked with dark soya sauce. They were especially fragrant. 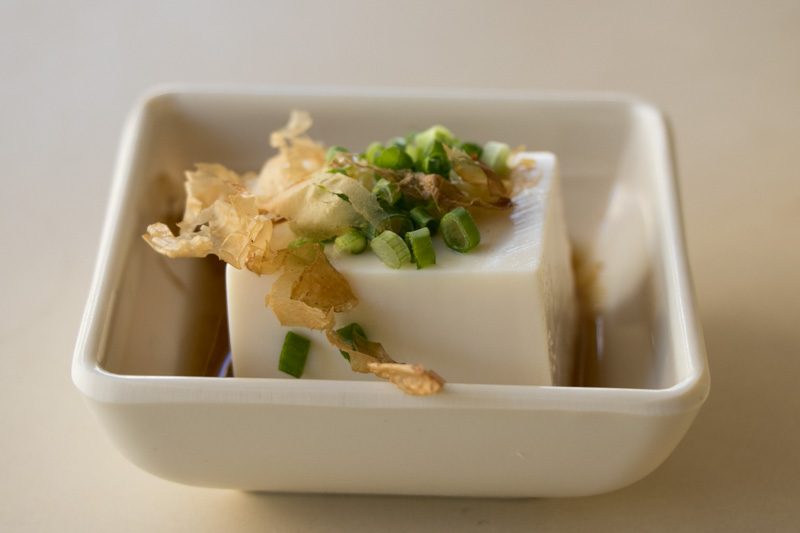 The small side dishes by Plum and Rice are meant to cleanse your palette from the main dishes of umeboshi rice or porridge and salty braised meats. Hence, these side dishes generally leaves the palate refreshed.

I had the cold tofu, topped with ginger and spring onion. The tofu was silky and smooth, served cold, it was great to have in the humid hawker center. 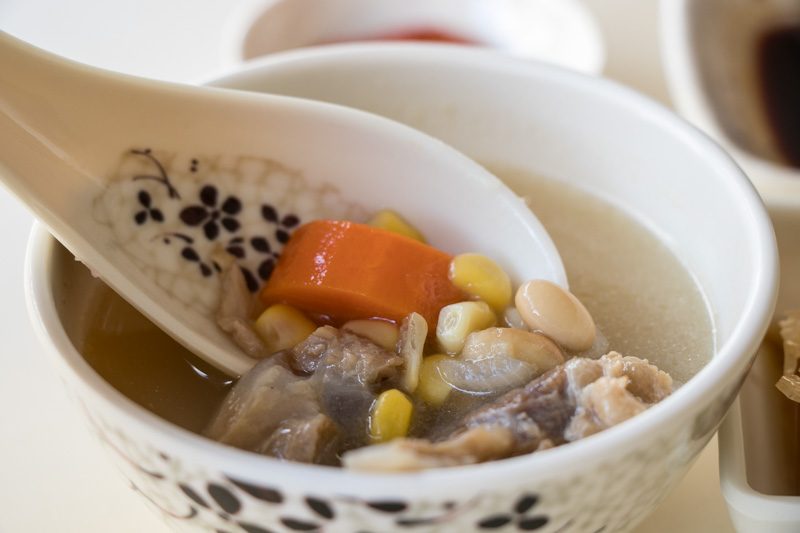 The best part about the set meal is the free-flow soup! The soup of the day changes once every few days, which feature homecooked soups such as corn soup and old wintermelon soup.

I had the corn soup which was loaded with corn, carrots, beans and pork ribs. The generous amount of ingredients gave the soup a natural sweetness. There was a really nostalgic taste to it as it really felt like a bowl of soup I would have at home. 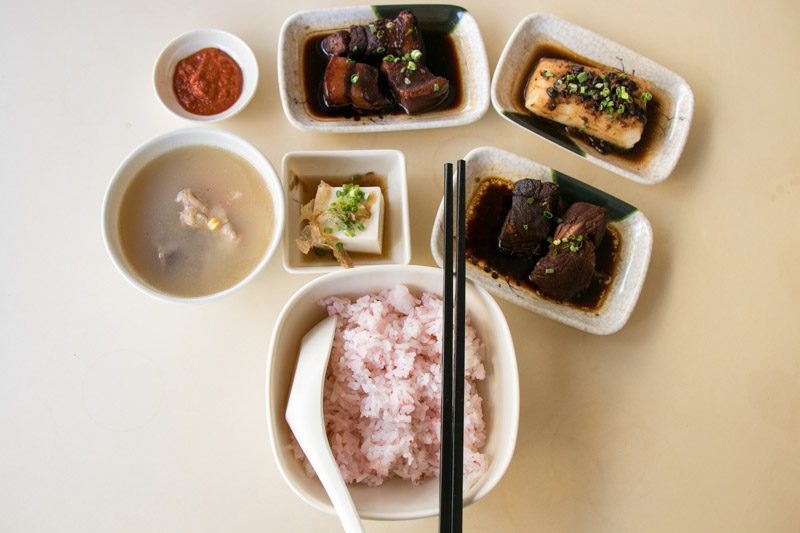 Given the umeboshi rice/porridge which really helps to improve appetite and the braised pork belly which melts in my mouth, I would definitely be back at Plum and Rice for their affordable and value-for-money set meals. Countdown Market: Picnic Under The Stars Into The New Year At...