“From the creators of Cedele” 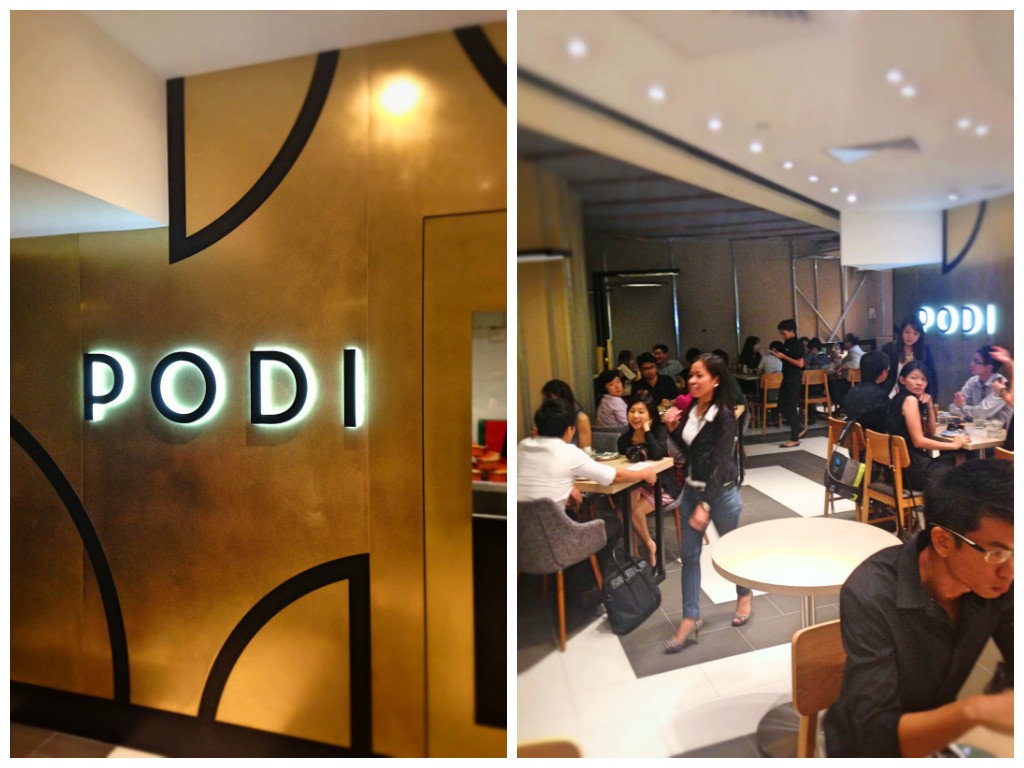 Firstly, a big thanks to The Bakery Depot, the same people who brought us Cedele, and for inviting me to this closed door, pre-opening food tasting.

By the time I write this PODI restaurant review, I’m probably one of the latest to put up a post because I’ve a whole backlog of reviews, as well as a condition called ADHD. Nonetheless, here’s my take on PODI, the restaurant that replaces Out of The Pan at Raffles City Shopping Centre.

PODI is the acronym for Pure. Offbeat. Delicious. Infusions.

I think management couldn’t decide on a unifying theme and decided to just combine all the concept ideas into one. What I can gather from the cuisine is an infused take on breakfasts and grills, mostly of the western influence. 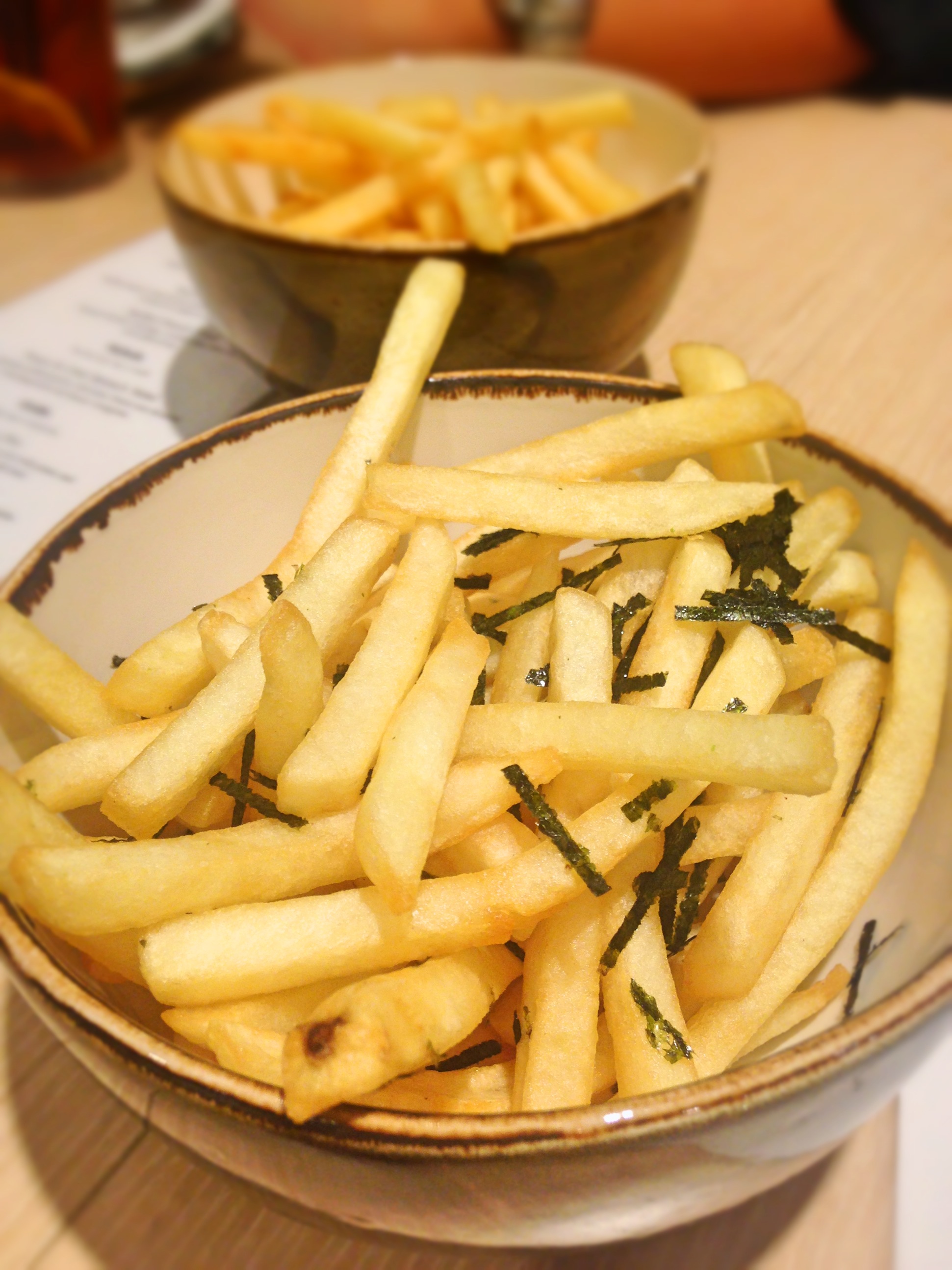 Shoestring Fries- Choice of Nori or Truffle Oil Flavour ($6). The potatoes were fried a la minute, so the fries’ texture were crunchy and hot- the only way fries should be made. Flavour kick was lacking though, for both truffle and Nori seaweed, tasting rather like ordinary plain fries. 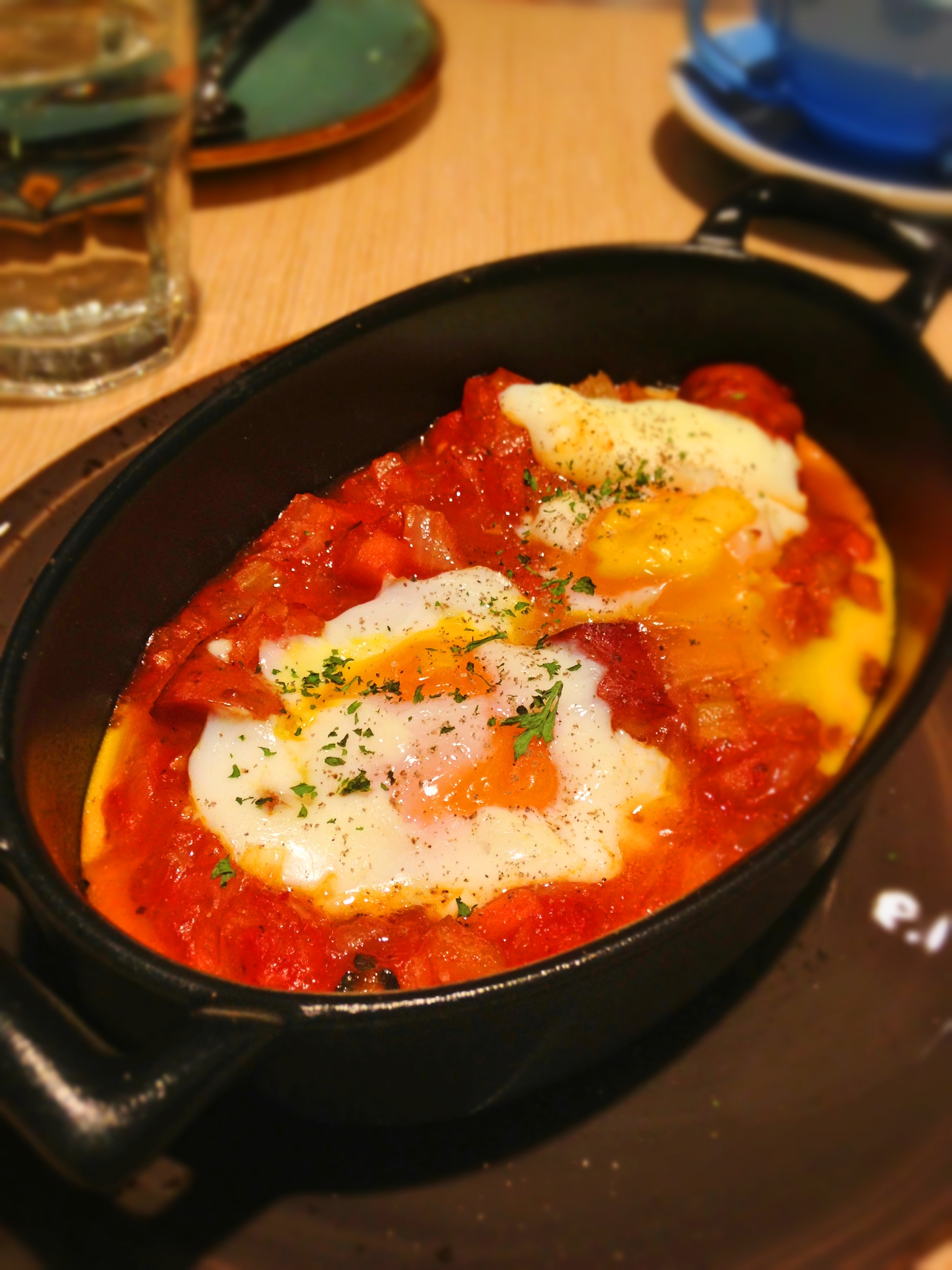 Baked Egg Pots ($15). Baked eggs with chorizo and goat cheese baked in a tomato base. A rather breakfastish item, Baked Egg Pot looks like a Mexican and Spanish fusion dish, who are really big on tomatoes and chorizos sausages. Quite a comforting and homely dish, but the telling goat cheese taste seems to be absent, masked completely by the tomato base and eggs. 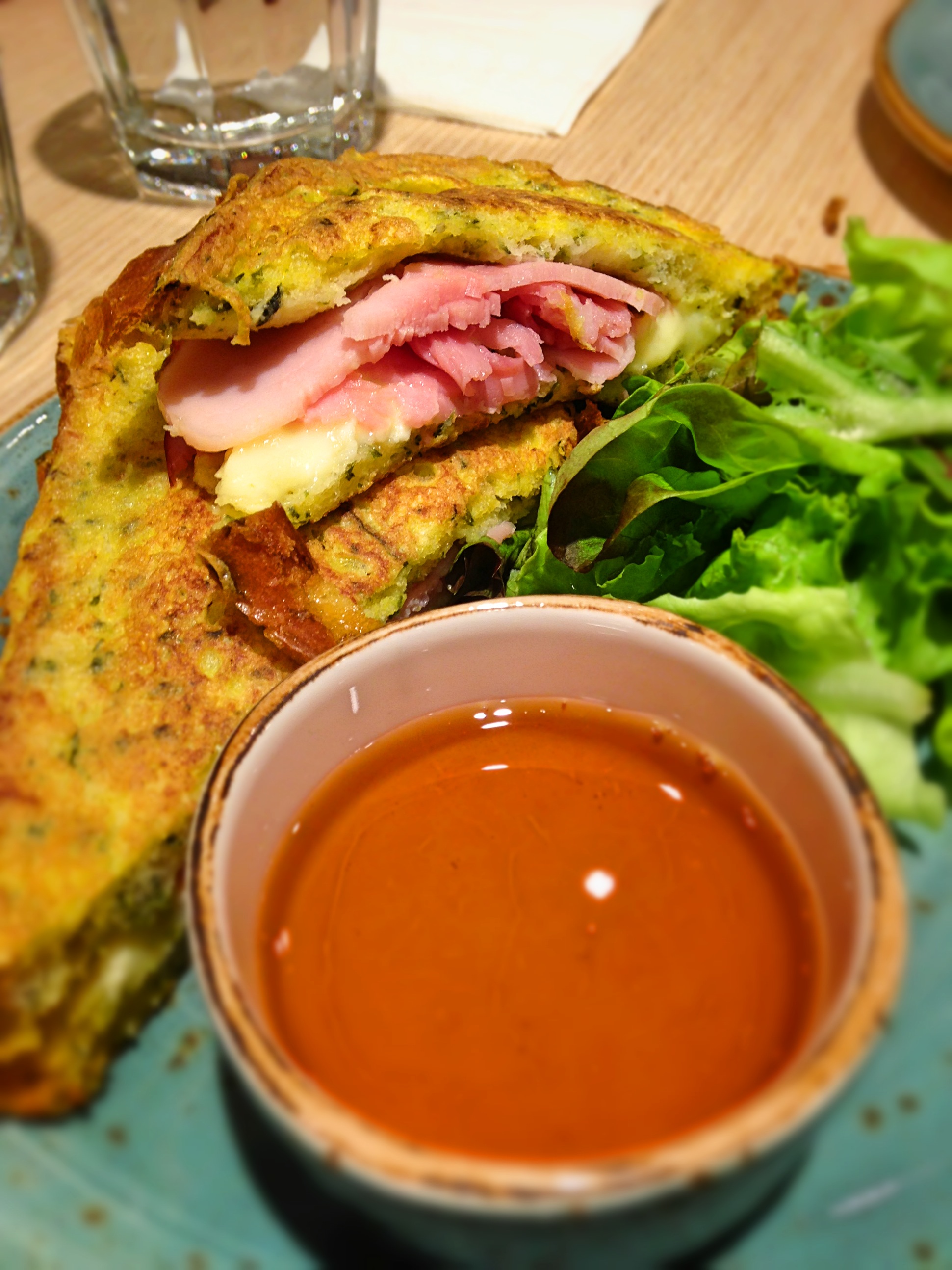 Stuffed French Toast ($15). Spinach Brioche with eggs, smoked ham, brie cheese and maple syrup. This was probably my favourite dish of the night, a simple rendition of French toast with Spinach in the mix. You can’t go wrong with a ham and cheese sandwich. Adding eggs just makes good, perfect. 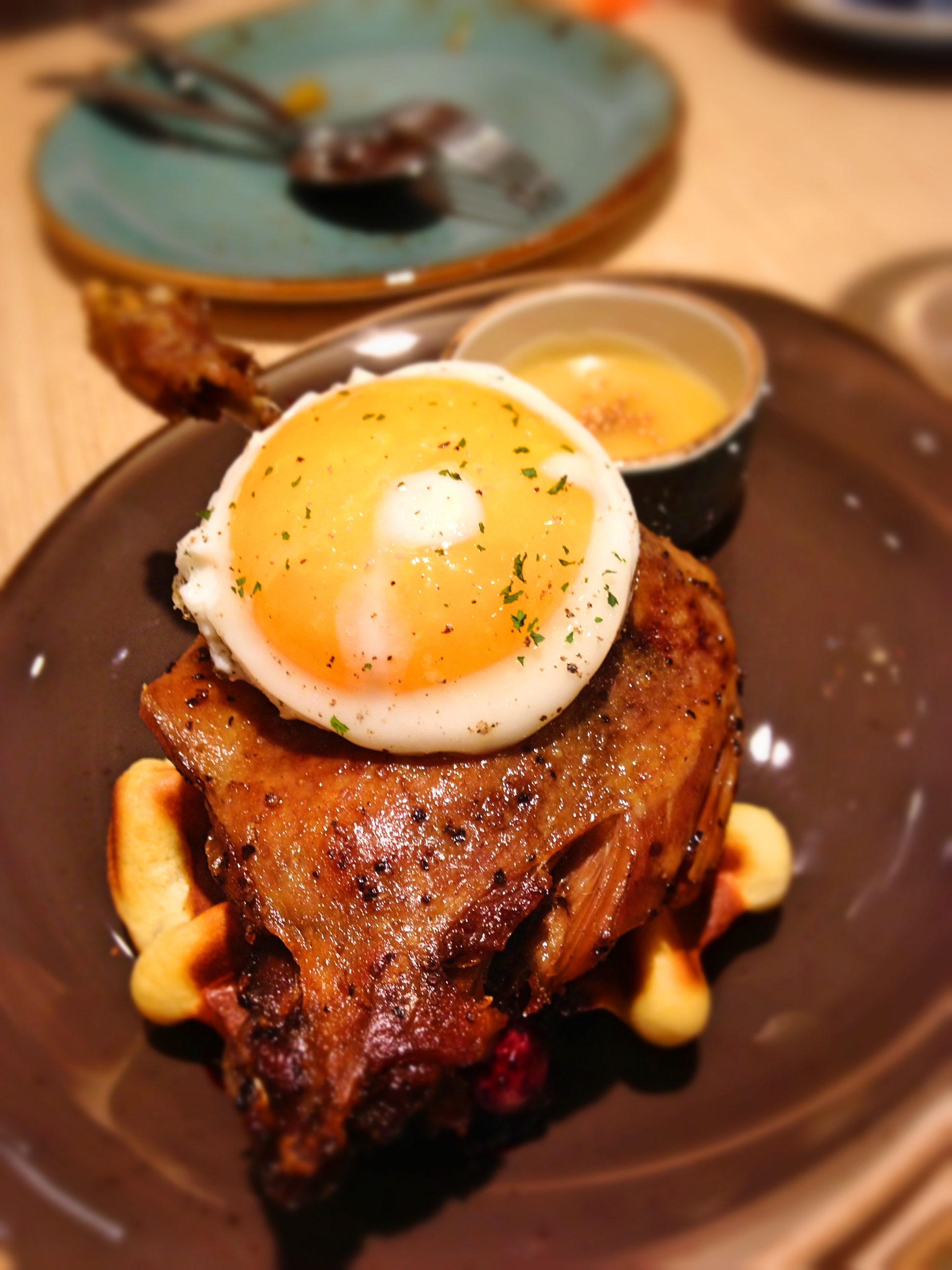 Duck Berry Waffle ($18). Waffle topped with duck confit, blue berry compote and maple syrup vinaigrette. You’re supposed to break the egg yolk and eat the entire dish together, which proved cumbersome with such a huge duck balancing on a puny waffle. Typing ‘huge duck’ makes me chuckle every time I read it. heh.

Anyway,we ended up shredding the duck on the side, then piling the meat together again with the blueberry compote, waffle, egg and maple vinaigrette. This creates quite a spectacular taste profile- sweet, savoury, salty, slight sourness with the waffle fluff to fall back on. Not for the safe eaters, but I liked it. 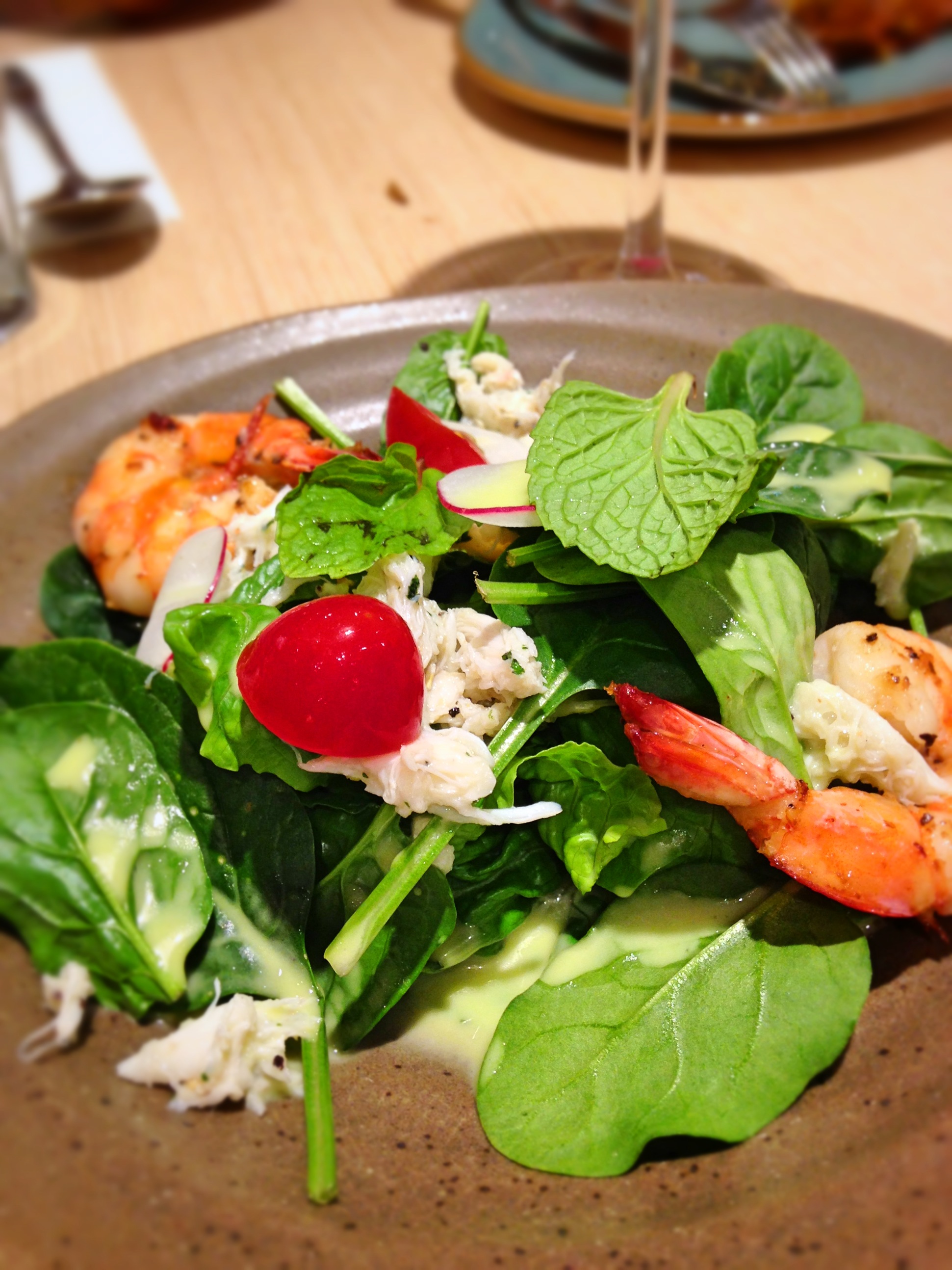 Prawn and crab spinach salad ($8/$15). Drizzled with peppermint and lemon vinaigrette, this was a refreshing simple salad that I liked (surprisingly). Most salads tend to use cheap Mesclun mix, but I enjoy the simple non-crunchy baby spinach so much more. Went really well with the grilled prawns and crab meat. 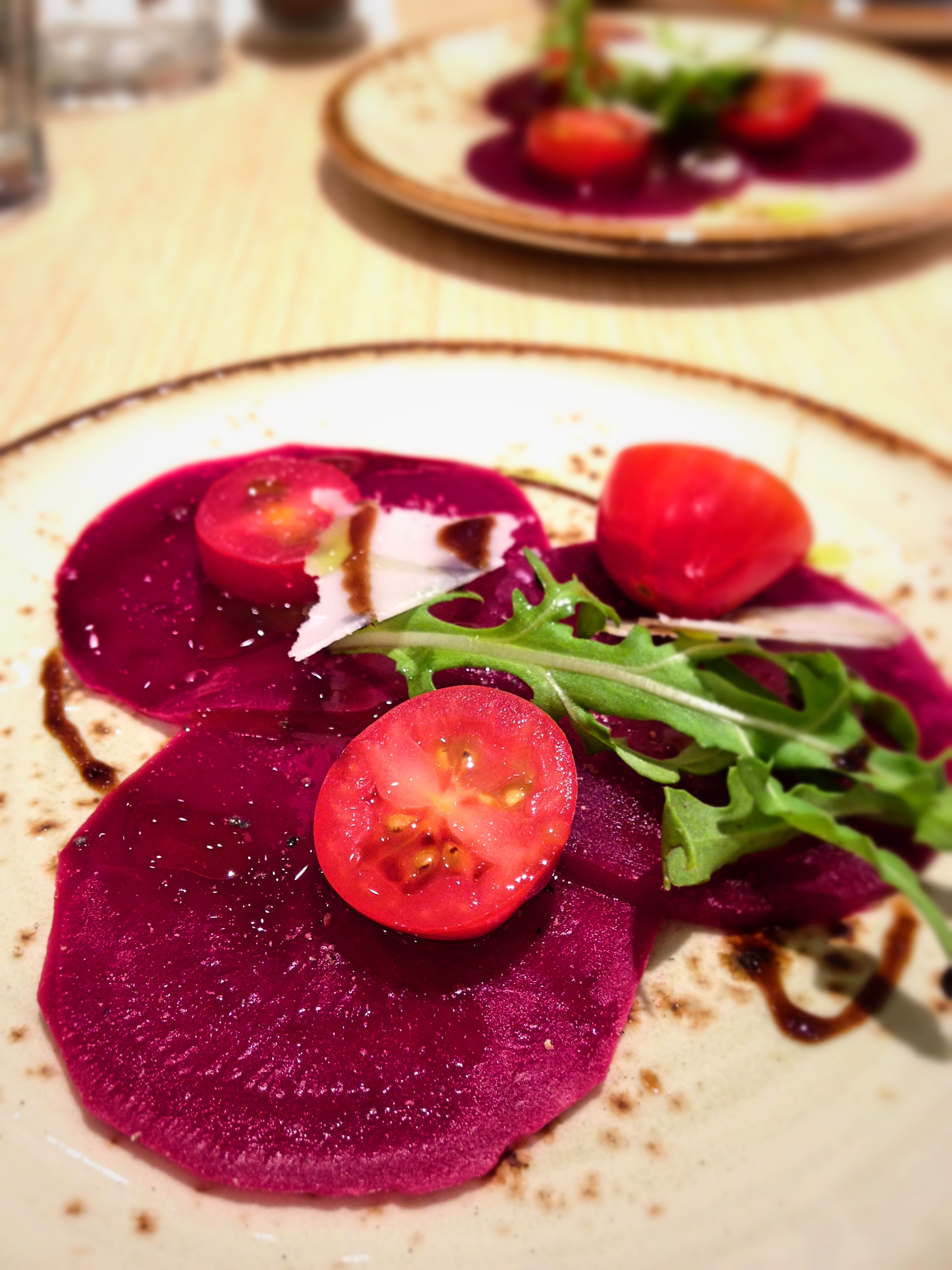 Beetroot Carpaccio ($6). Not quite sure this dish should be called a carpaccio, since carpaccio is supposed to be raw meat or fish. Pretty much raw mandolined beetroot with a vinaigrette dressing, which serves as a decent palate cleanser amidst the meal. 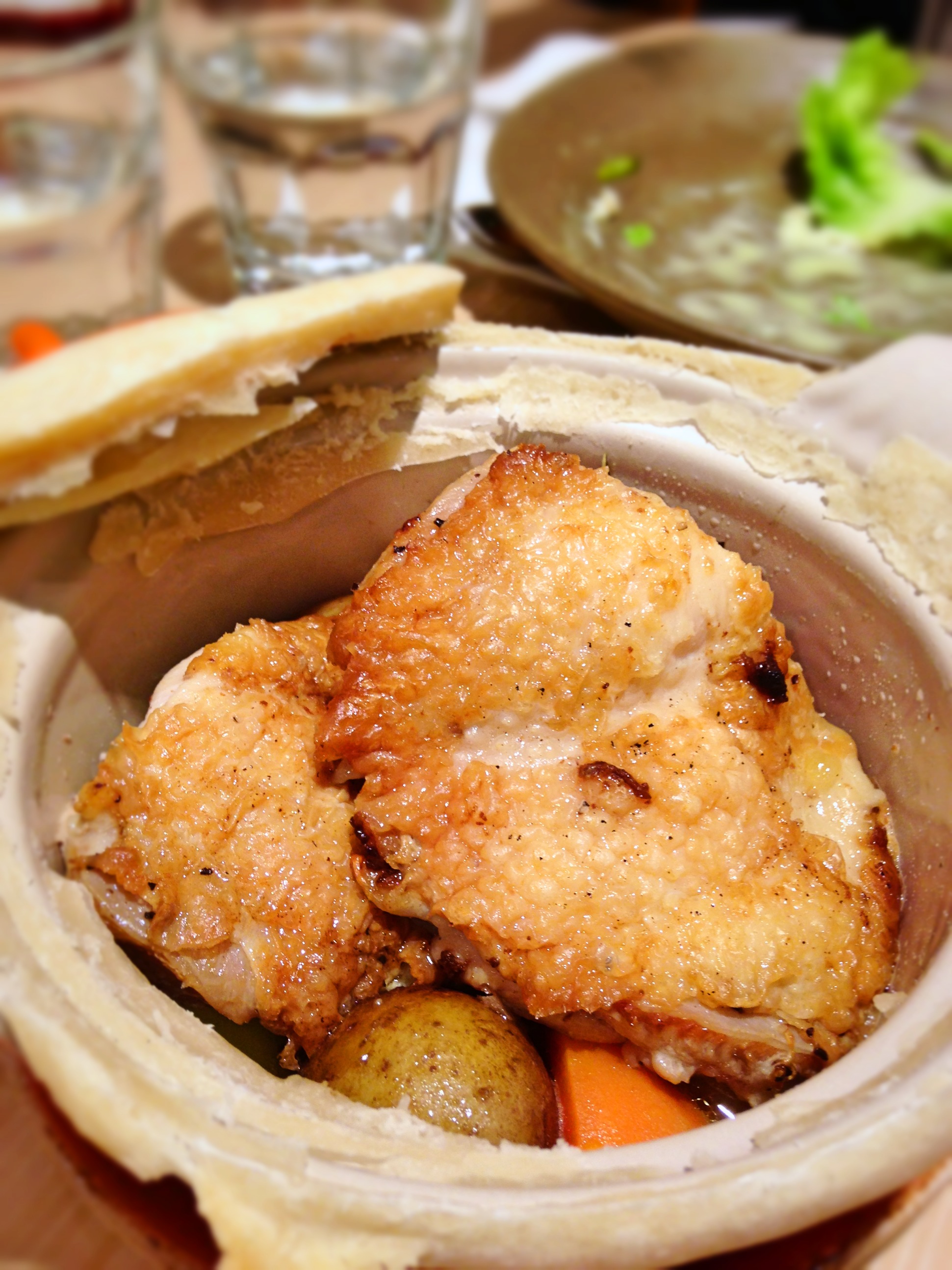 Chicken Pot. Chicken thigh simmered in a pastry with potato, seasoned vegetables with toast on the side. This dish, although the chicken thigh quite tenderly done, needs a lot of re-conceptualization. The measly pastry was technically only used to ‘seal’ the chicken in the pot, and tasted like plain dough not meant for eating. Everything served should be meant for eating.

The broth at the bottom of the pot had enough liquid for probably 1 mosquito, so I’m not quite sure how the toast is meant to be eaten. Just plain on its own? Do I bring my own butter? This gives you the impression that the Chicken Pot is a chicken soup with puff pastry and toast to dip in the soup, yet upon opening, you only see shattered hopes and dreams like my youth. A very misleading dish that really needs rework. 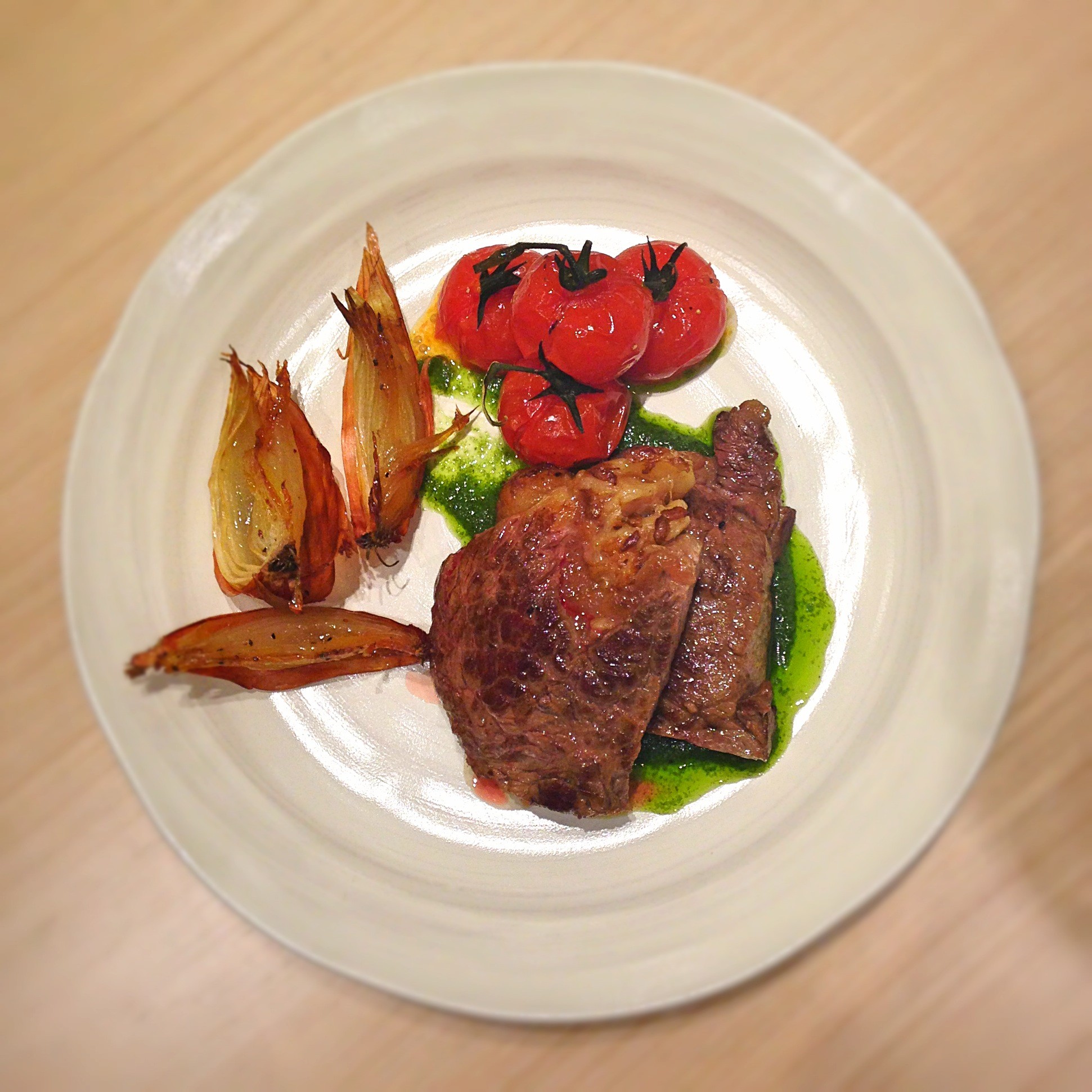 Argentina Sirloin Steak. Oh man, this steak was such a disaster all I can find to praise is how nice the grilled vine tomatoes and chimichurri sauce were. Let’s just say cutting into the tough meat with a non-steak knife was like one of Hercules’ 12 labours, and I imagine my dentist is going to get a call soon. 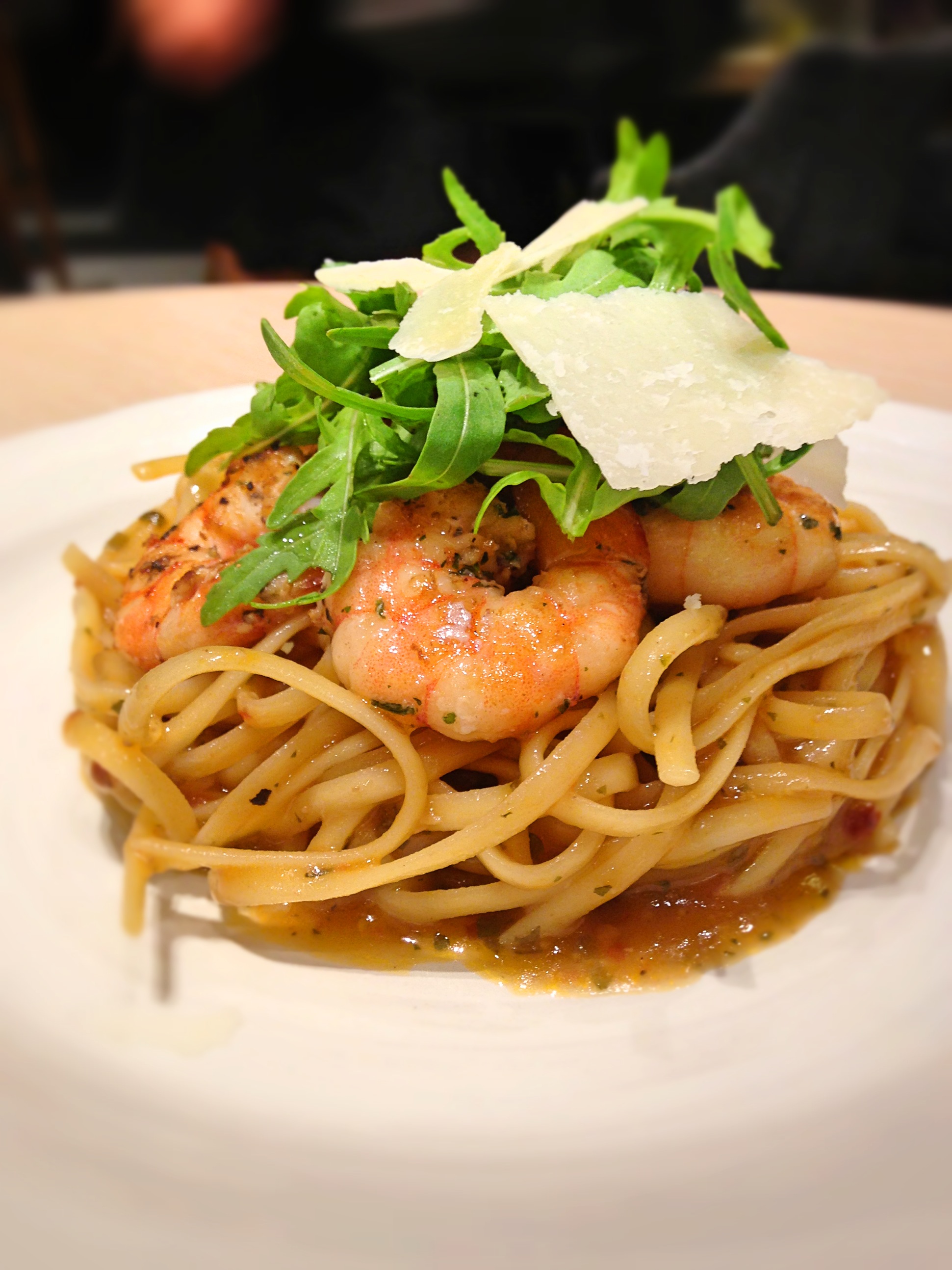 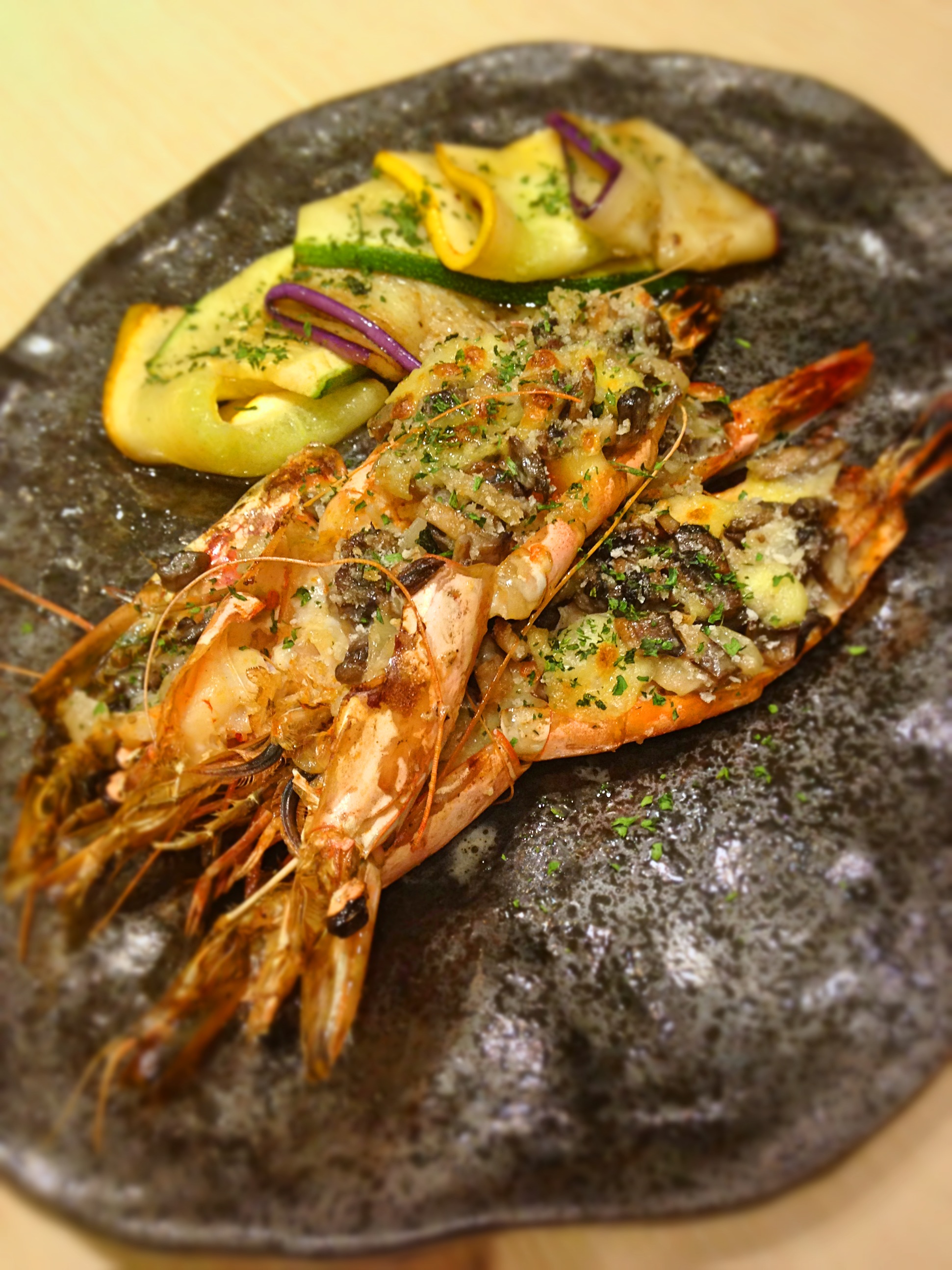 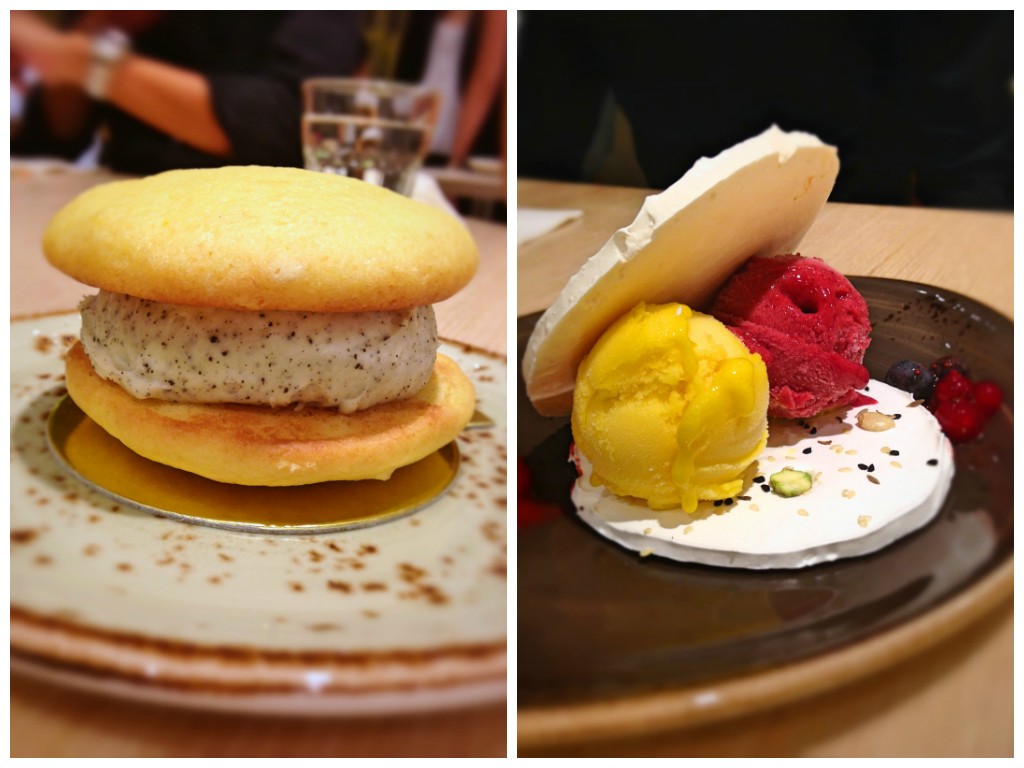 The Mexican spiced hat is a Nigella-spiced stiff meringue with mango and raspberry sorbet. No, it’s not named after how hot Nigella Lawson is, but it’s an actual exotic spice called Nigella Sativa. Good sorbets, and can’t complain about the meringue either. At least the meal ended with decent desserts.

Overall, I think PODI still has much room for improvement and need work on their basics. Infused flavours on dishes need to be more daring as well. Being a pre-launch event, it’s a double-edged move to test the new menu on food writers, on one hand getting really good feedback, while risking a bad PR lash on the other.

The event was a smorgasbord of food writers here and I was ecstatic to meet these well-known bloggers in person: keropokman, danielfooddiary, superfinefeline,  honeybeesweets, sgfoodonfoot, six&seven and especially Lirong from herfelicity who had to endure a table with me. Thanks for not stabbing me with a fork.